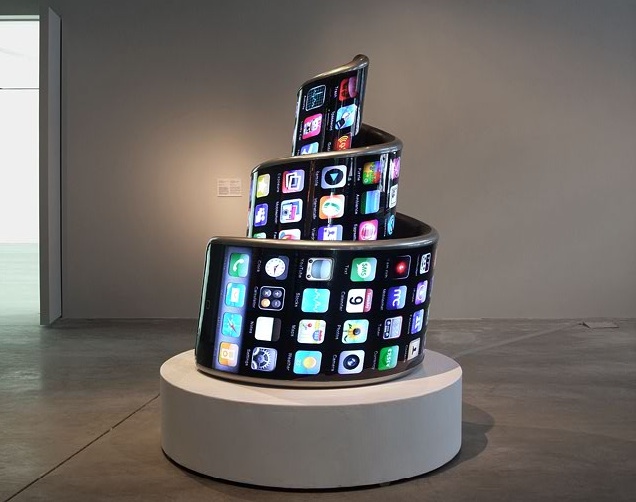 Though you probably won't want to admit it, you're probably pretty attached to your iPhone. Really, who doesn't panic when you suddenly realize you lost it or forgot it at home? Yes, we're all culprit.

Apple introduced a level of design and sophistication to our tech products that made us feel not only attached to them but excited that we were owners of something “different.” As art and design makes its way into the tech sector, we begin to notice sculptures that make us think twice about the value and importance we place on product design.

3G International is a light sculpture from Electroboutique that's shaped like a giant distorted iPhone 3G. It was inspired by Tatlin's Tower (or The Monument to the Third International), a grand structure of twin spirals envisioned by Russian artist and architect Vladimir Tatlin that was never built. If realized as planned back in 1920, the monument, made of iron, glass and steel, would have stood as a towering symbol of modernity and would have dwarfed the Eiffel Tower in Paris. (To this day, the structure has influenced many architectural projects and replicas of it have been built including this 1:40 scale one that was spotted at the Royal Academy of Arts in London.)

Now to connect the two. As Electroboutique says on their website, “Tatlin's work is considered one of the avant-garde icons, whereas iPhone is a bright techno-consumerist icon of today. Back in the 20's of the last centuries avant-garde artists have invented design as a way to bring art into people's homes. During the 20's century designers were gradually taking artistic ideas and implementing them into product design. Today we see companies claiming their products are art objects themselves; art has to re-define its role in the society again. The Monument to 3G links together the beginning and the current state of nearly a century of art-to-design dialogue and follows the strategy of re-claiming the designers' ideas back into art.” 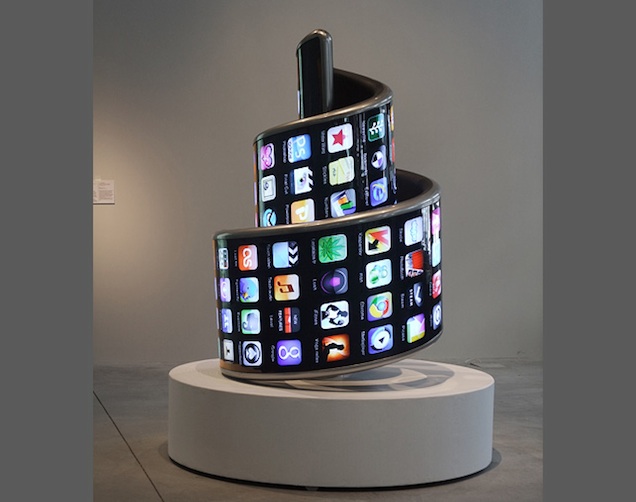 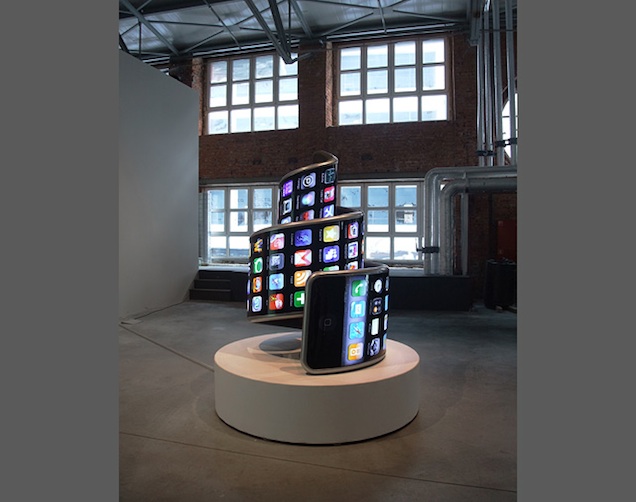 This “twisted” piece and more can now be viewed at Electroboutique's pop-up exhibition at the Science Museum in London till Febraury 14, 2012.

via [The Creators Project]