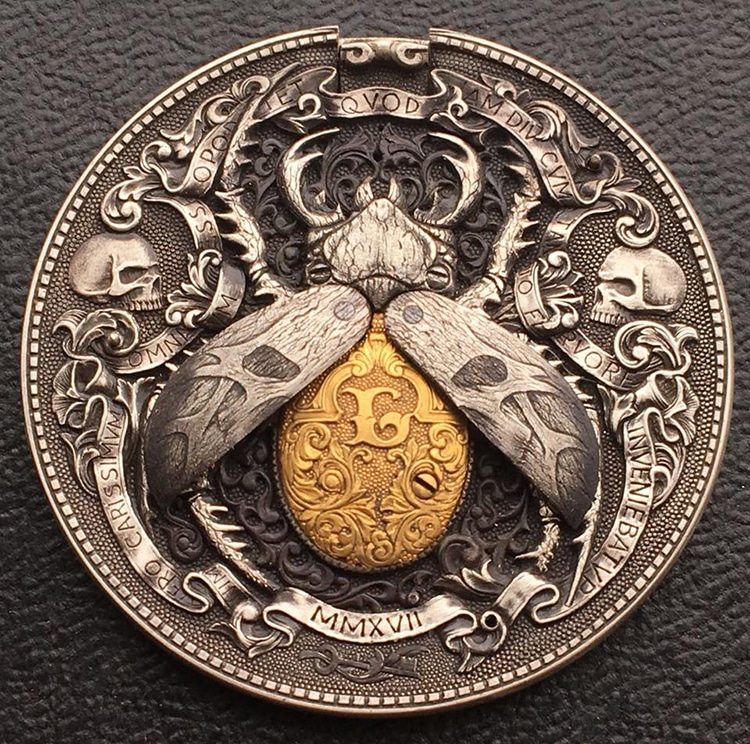 Russian artist Roman Booteen is a modern master in the art of the hobo nickel—a term used to describe the 18th century sculptural art form of hand-engraving coins. His latest extraordinary piece—titled Gold Bug—was inspired by Edgar Allan Poe's short story, The Gold Bug. It features a central beetle motif with a tailored mechanism that allows its wings to open and close, revealing and concealing its 22K gold body.

Carved from two Morgan dollar coins from 1921 and a five dollar gold coin from 2015, the mechanism can be used by pushing a “button” on the coin’s top edge. Framed by elaborate florals, ribbons, and skulls, the Latin script roughly translates to: “The most expensive should be something that was sought longer and intensively than others.” Booteen explains that the coin is a “symbol of treasure hunting,” which is the theme in Poe’s story. The letter “L” on the bug’s body means “50” in Latin, which signifies Booten’s 50th coin carving.

Booteen’s Gold Bug is currently being held at auction on Ebay. As of posting, the coin has received almost 40 bids and is currently valued at $3,100.

Hobo Nickel Artist Roman Booteen Hand-Carved this incredibly intricate Gold Bug coin that looks as though it could fly away. 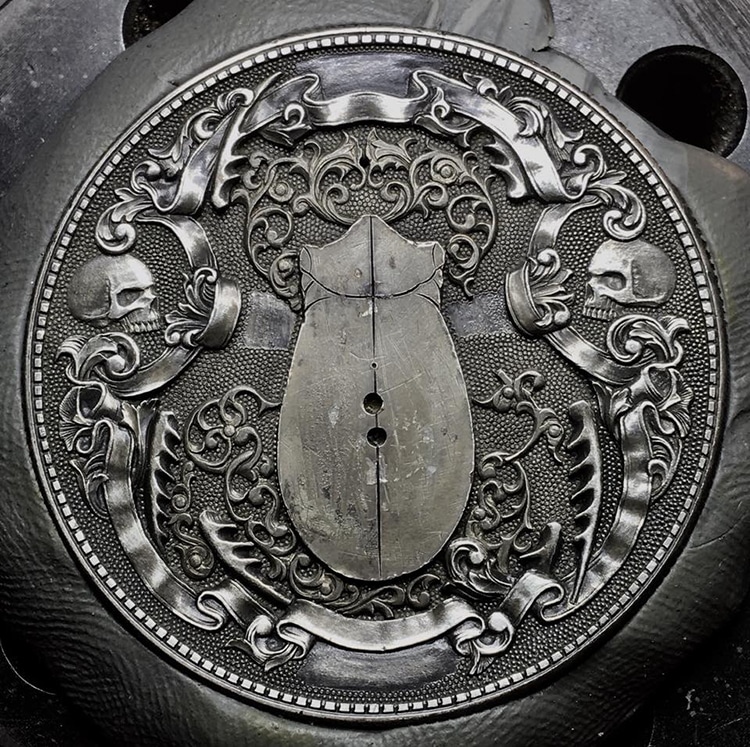 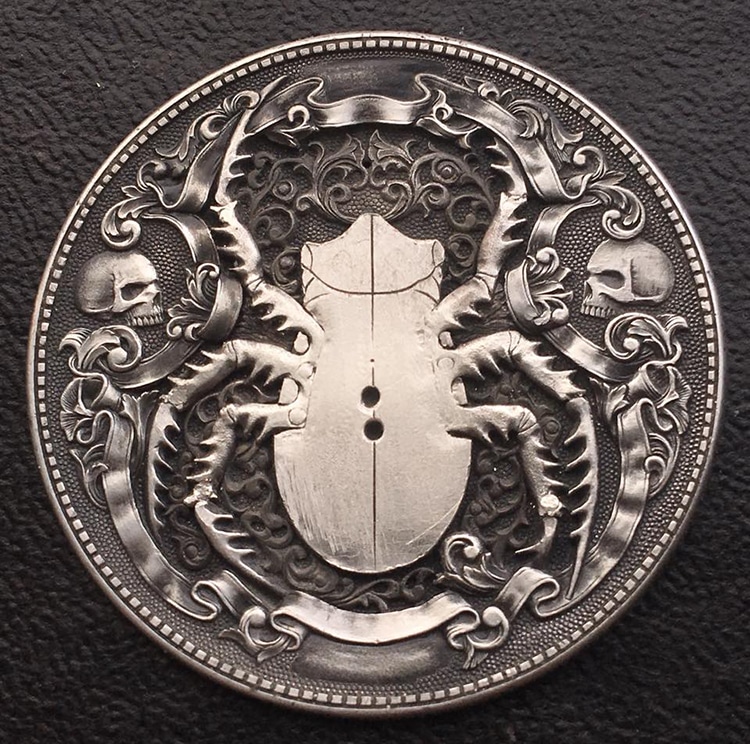 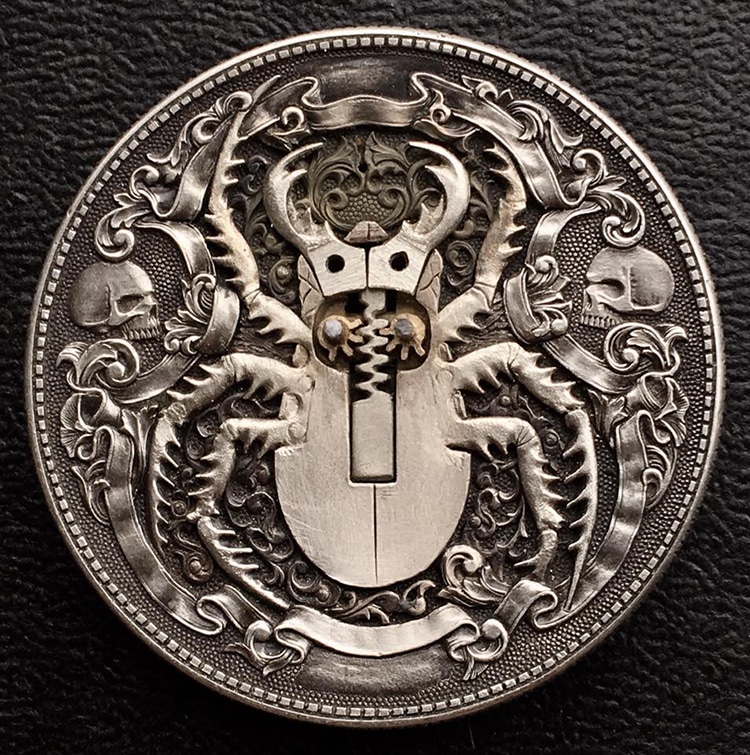 This is Booteen’s 50th coin carving and is marked with a special inscription and signature inside. 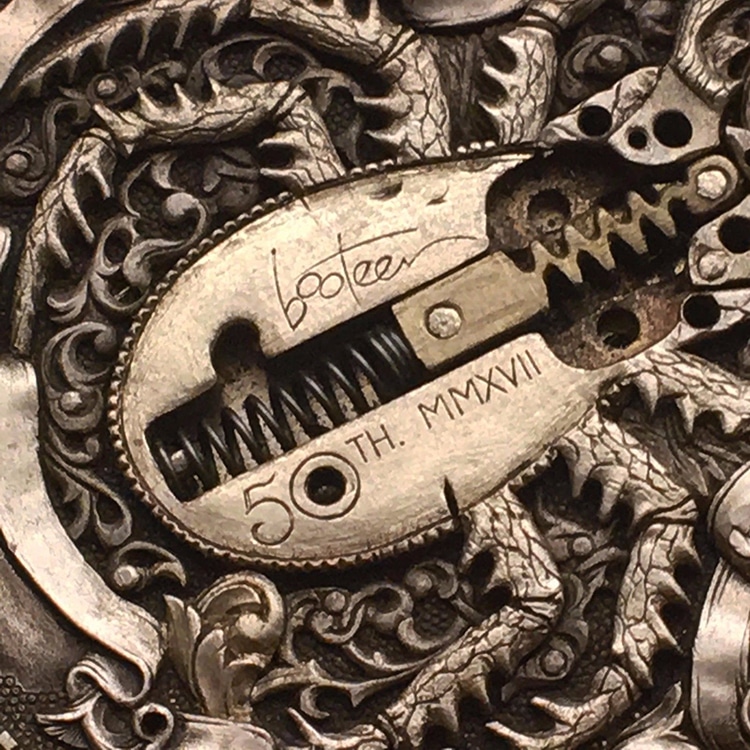 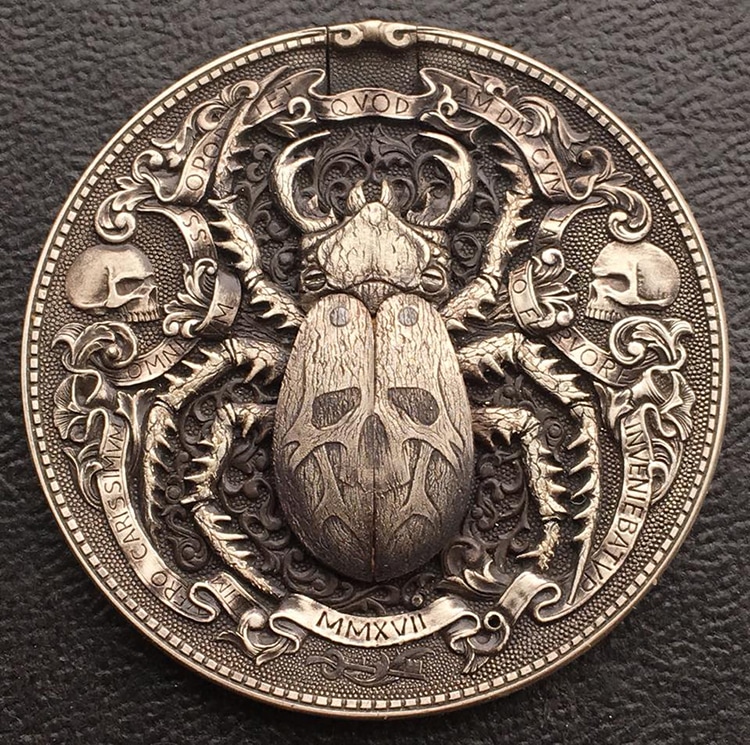 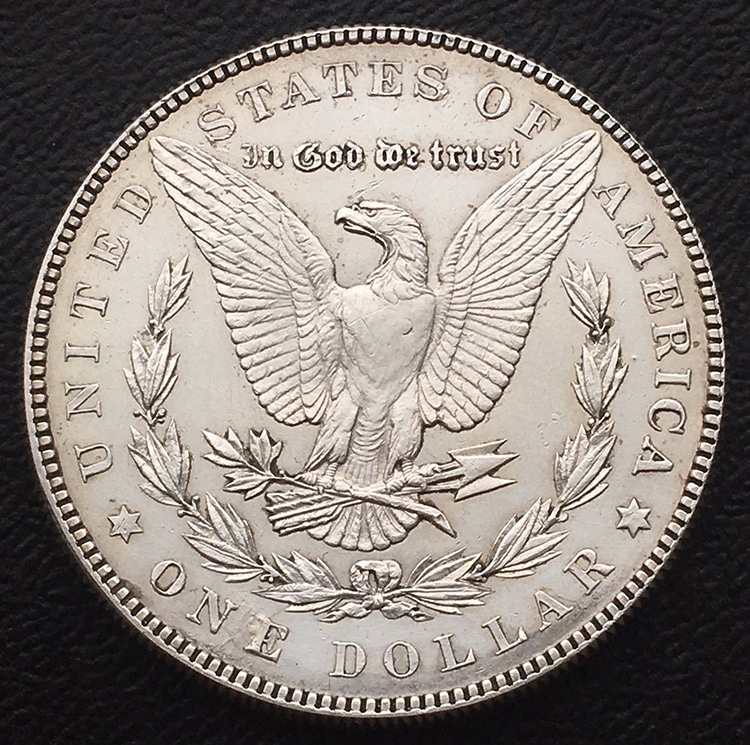 Its central beetle motif has a special mechanism that allows its wings to open and close, revealing its 22K gold body.

All images via Roman Booteen. 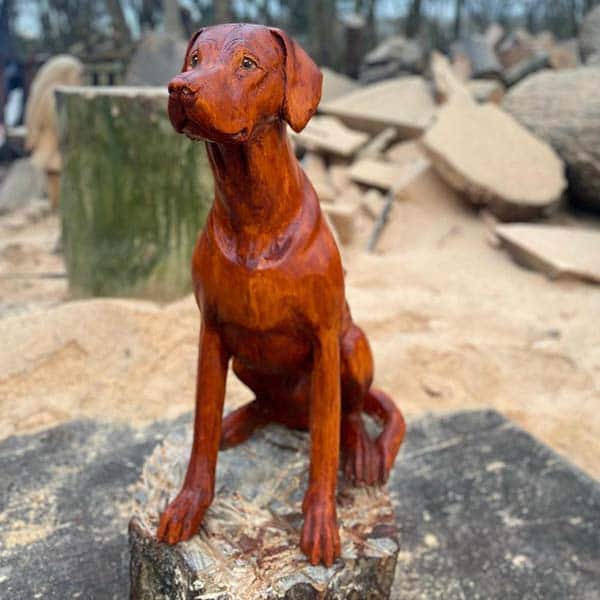