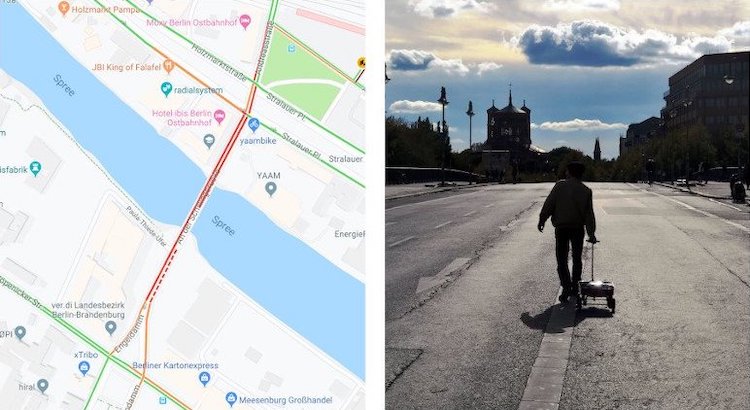 Berlin-based artist Simon Weckert is fascinated by the digital world and its impact on humanity. With his performance Google Map Hacks, Weckert plays with the intersection of real and virtual worlds. By strolling around with a wagon filled with 99 cell phones, the artist generates virtual traffic jams on Google Maps and creates an intriguing juxtaposition between the physical and digital world.

The act itself took almost a year of preparation, with Weckert slowly collecting low-cost smartphones and convincing friends to lend theirs for the cause. In publishing the work to coincide with the fifteenth birthday of Google Maps, Weckert looks to remind us of how this technology has seeped into our daily lives. Car sharing services, food delivery services, and dating apps like Tinder wouldn't be the same without Google Maps. As Weckert points out, “all of these apps function via interfaces with Google Maps and create new forms of digital capitalism and commodification. Without these maps, car sharing systems, new taxi apps, bike rental systems, and online transport agency services such as Uber would be unthinkable.”

A video of the performance shows what's happening online and on the street in real time. As Weckert slowly rolls his wagon across a near-empty street, Google Maps follows along with a red line. This traffic jam, caused by the phones on the wagon, instantly has a real-life impact. One can imagine commuters and delivery drivers avoiding these streets in an effort to bypass what they see as a traffic jam. 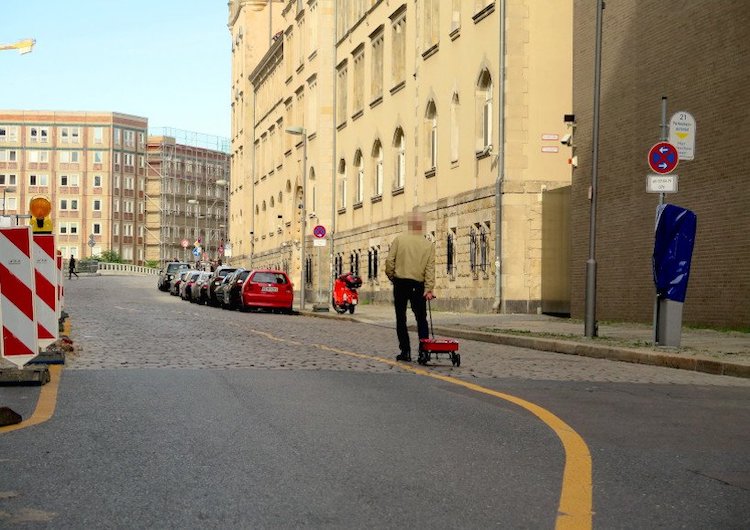 By hacking the system, Weckert is the one who's actually in control. With this simple act, the German artist proves how easy it can be for a single person to manipulate this seemingly sophisticated system. Weckert hopes that through Google Map Hacks, people will start thinking about how this technology has impacted their lives and begin to question the motives behind its utility.

“With its Geo Tools, Google has created a platform that allows users and businesses to interact with maps in a novel way,” Weckert tells My Modern Met. “This means that questions relating to power in the discourse of cartography have to be reformulated. We can safely say that digitalization has opened up the mapping sector, which was once dominated by the state. Instead of leading to increased democratization, this has resulted in fragmentations. Economic interests appear to have replaced state and military interests: Google uses its maps to open up new markets, to collect more data and to profit from the online platforms which use Google Maps as their basis.”

Simon Weckert filled a wagon with 99 smartphones to play havoc with traffic on Google Maps. 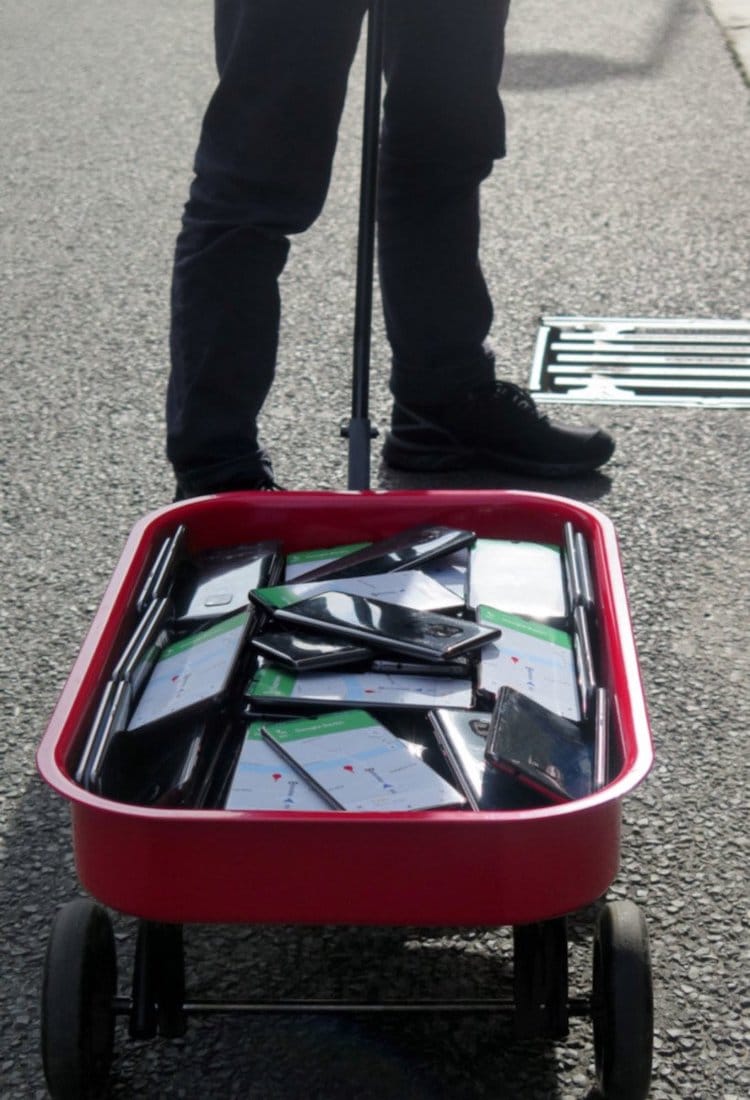 Watch how his movements have an effect on the street congestion Google maps displays.

Like art that makes you think? Share
Like My Modern Met on Facebook
Get Our Weekly Newsletter
Become a
My Modern Met Member
As a member, you'll join us in our effort to support the arts.
Become a Member
Explore member benefits