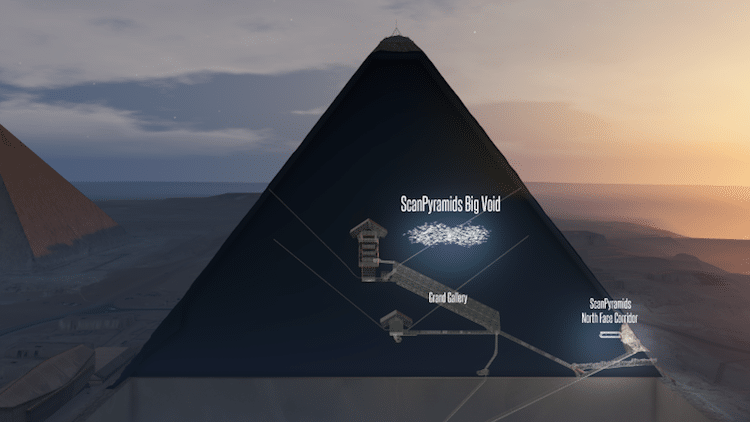 Cross-sectioned Great Pyramid of Giza shows the location of the void, but not its layout.

There’s much that we still don’t know about the ancient Egyptian pyramids. There is, however, one thing we can all agree on—there are many mysteries still left to solve. Last year, an international team of scientists made an amazing discovery; they found that there’s a large, hidden cavity behind the walls of the Great Pyramid of Giza. Their findings were recently published in the scientific journal Nature.

So, how did they do it? The technique sounds like something out of science fiction, with an approach that sent particles to Earth by cosmic rays in space. The atoms travel at high speed and it allows them to pass through hundreds of meters of rock before they fall apart or are absorbed. Similar to an x-ray, it revealed a mysterious void that’s at least 30 meters (98 feet) long. It’s unknown what this space looks like; it could be one large chamber or a series of smaller ones. 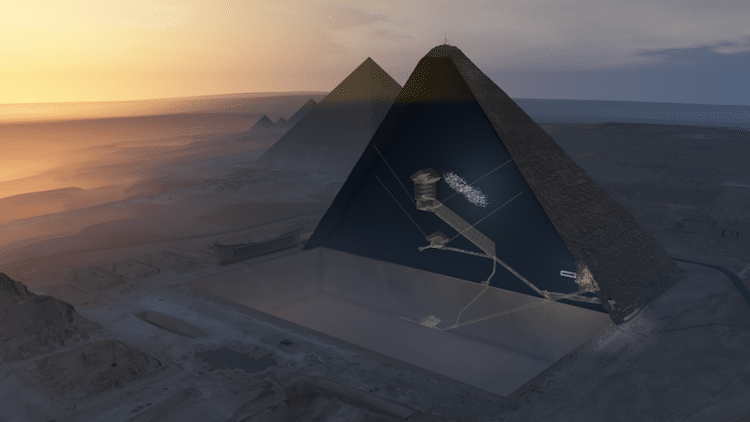 Aerial view of the pyramid. The white dot cluster shows the location of the void.

Researchers have recently discovered a 30 meter (98 feet) void that exists in the Great Pyramid of Giza.

“What we are sure about is that this big void is there,” explained Mehdi Tayoubi, president of the Heritage Innovation Preservation Institute. His nonprofit led the effort in detecting the cavern. “But,” he said, “we need to understand [it] better.” 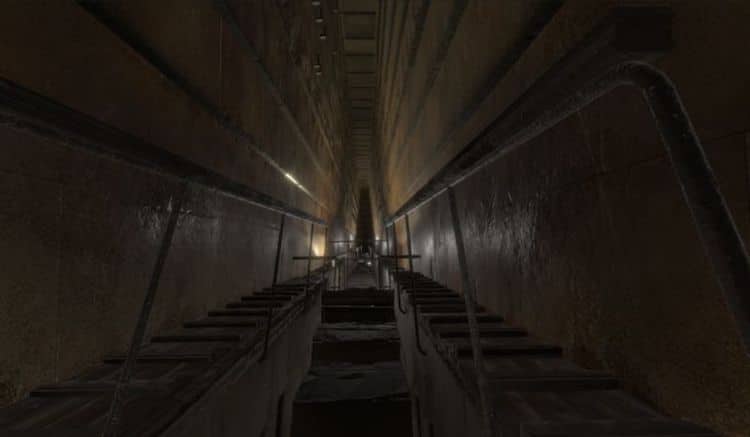 Looking into the pyramid.

There is little known of the Great Pyramid of Giza, despite it being the largest of the pyramids standing at 139 meters (456 feet) wide and 230 meters 755 feet) tall. It was built during Pharaoh Khufu’s reign, which lasted from 2509 to 2483 BC. There are three known chambers within the structure that are each at different heights: an underground chamber; the Queen’s chamber; and the King’s chamber. Part of the space was mapped by robots between 1900 and 2010, but in general, there are limited historical documents from during Khufu’s time—hence the mystery.

The authors of the Nature article have avoided speculation on what the void could be used for and have invited Egyptologists to help. “There are still many architectural hypotheses to consider.” 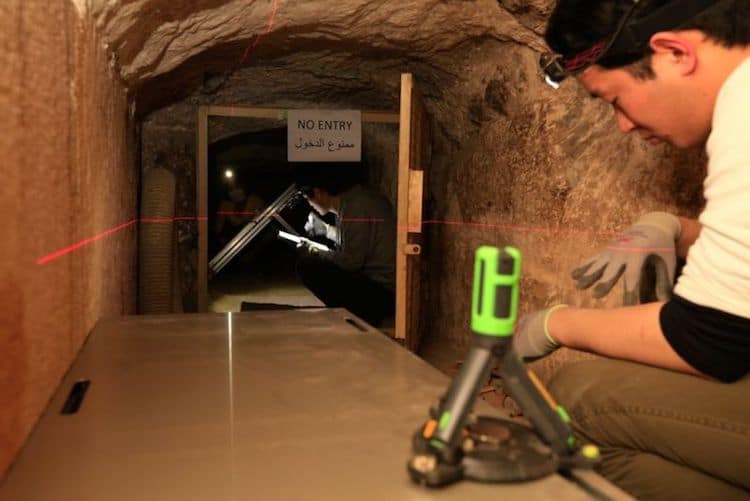 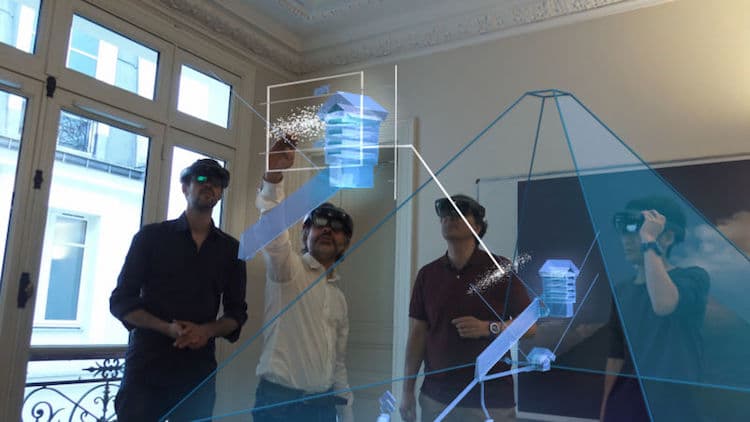 All images via ScanPyramids Mission.