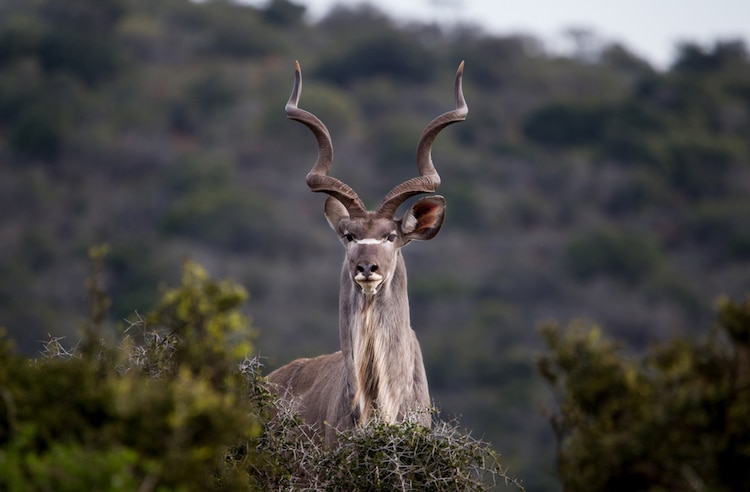 With their grand stature and symmetrical, spiral horns, the greater kudu cuts an impressive figure. Native to eastern and southern Africa, these woodland antelopes are herbivores that spend much of their time foraging for shoots and leaves. This beautiful animal can still be found in great numbers in the southern part of their territory, as they are protected in many countries and exist in large numbers on reserves like Kruger National Park.

As one of the larger antelope species, an adult male can weigh anywhere between 260 to 700 pounds and stand up to 60 inches tall at the shoulder. Perhaps one of their most impressive features is their twisting horns, which only the males possess. They'll typically form two to two-and-a-half twists and reach, on average, up to 47 inches if straightened. One male has even been recorded as having horns that are 73.87 inches long! These horns begin to grow when the bull is between six and 12 months old and will reach their full length by the time the bull is six years old.

But even though these horns could do some damage, the greater kudu is generally not an aggressive animal. Occasionally, males will lock horns—particularly if they are the same size and stature. In these cases, dominance is determined when one male stands sideways to make himself look as big as possible and the other backs off. In the rare case that no one backs down, they can remain locked until they starve to death. 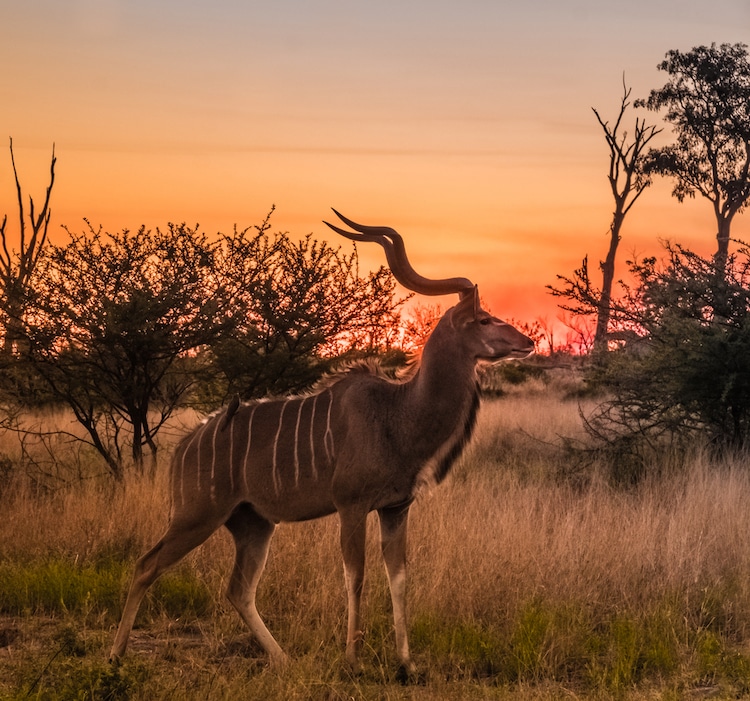 Kudus tend to keep out of wide, open spaces and their stripes help them blend into the vegetation. They will stand completely motionless to keep themselves hidden, even under the blazing sun. This shields them from their main predators, which are lions, African dogs, and spotted hyenas. They aren't as quick as the other kudu species, the lesser kudu, so rather than escape over open terrain, they'll leap through shrubs and around small trees to shake predators.

Males will usually remain solitary, though as bachelors they can make small groups. This is quite different from the females, who will form small groups of three to ten with their calves. A male will join the herd only during the mating season. The greater kudu has an eight-month gestation period and the pregnant female will separate herself from the group to give birth. She'll then hide her calf in the bush for four to five weeks, returning only to nurse.

After that, the calf will start to join its mother out in the wild and by three to four months will always be by her side. The greater kudu grows up quickly, and by six months will be fairly independent.

While the greater kudu is not considered to be under threat, there are still concerns about the species. As happens with many animals, their habitat is being eroded as people transform it into farmland. They can also be targeted by poachers for the meat and horns. Fortunately, at this stage, the population is still large enough that conservationists don't consider them to be threatened or endangered.

The greater kudu is a large antelope native to eastern and southern Africa. 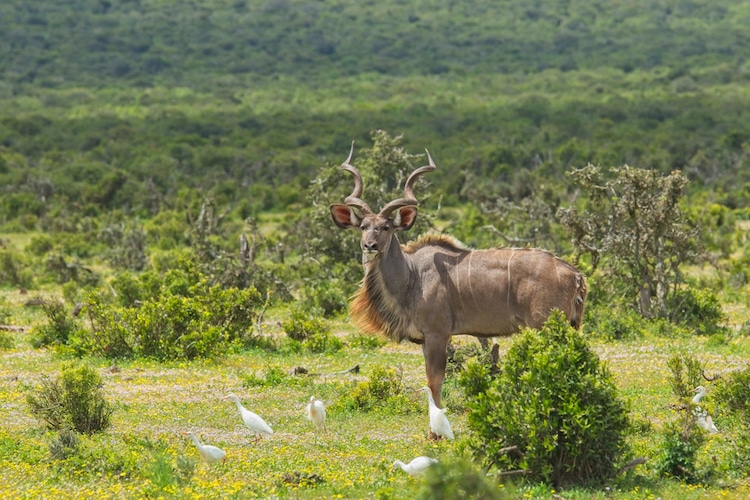 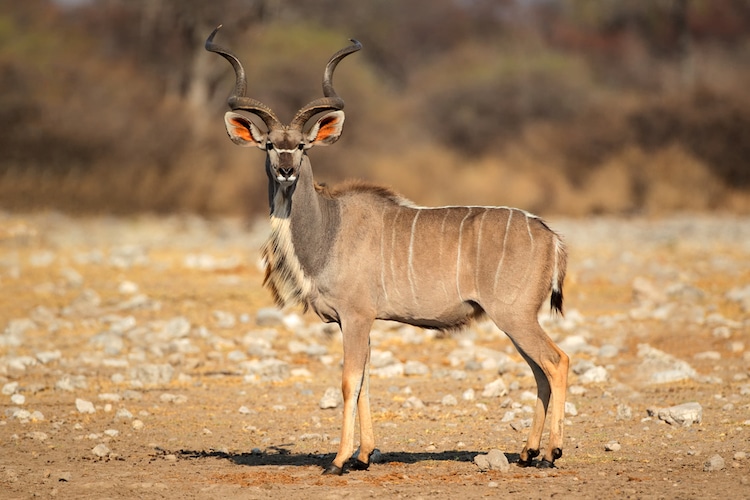 Adult males are known for their incredible symmetrical spiral horns. 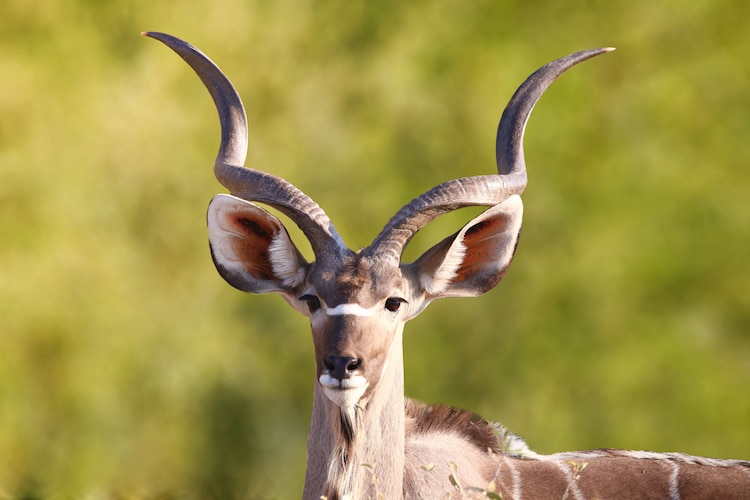