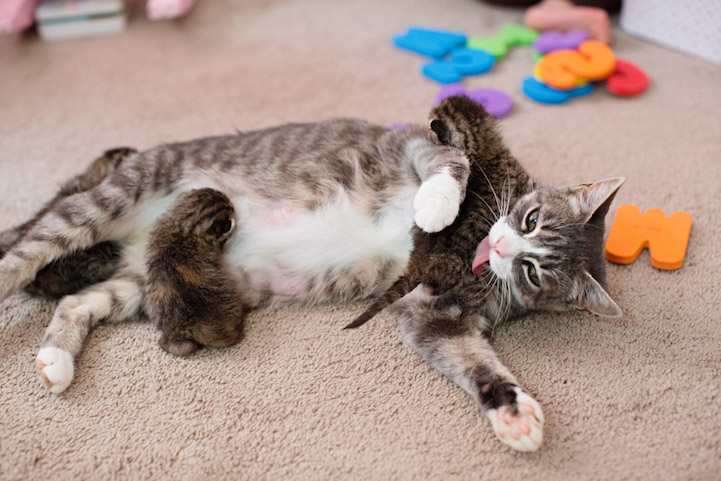 Shortly after an eight-month-old cat named Mikey gave birth to her three kittens, she was inconsolable. The kittens were born too early and even though the cat's owner Hillary did everything she could to save them, they ended up passing away. Mikey then became depressed as she frantically searched for her babies, which caused her worried owner to call Dori's Darlings, a rescue organization in Houston.

Days earlier, the rescue organization had given three newborn kittens to Amanda Lowe and Kelli Nicole, who foster rescued animals. When Lowe and Nicole received the newborns, their umbilical cords were still attached and they required around-the-clock care. Later on, when the two compassionate women were notified about Hillary's situation, they immediately reached out to her and offered to bring Mikey their foster pets.

The next morning, Mikey met her new kittens. “I have some babies for you so you can be a mommy again,” stated Lowe, trying to soothe the distraught cat. Mikey instantly started licking and hugging her new babies, who were named Teddy, Abby, and Lily. The mother cat even allowed the kittens to nurse from her. After two hours of bonding, the new family was happy, healthy, and inseparable.

Professional photographer Nicole ended up photographing this heartwarming rescue operation and, after their work was complete, Amanda explained, “This was just an awful thing she went through (losing all of her babies) and this will be healing for her.” 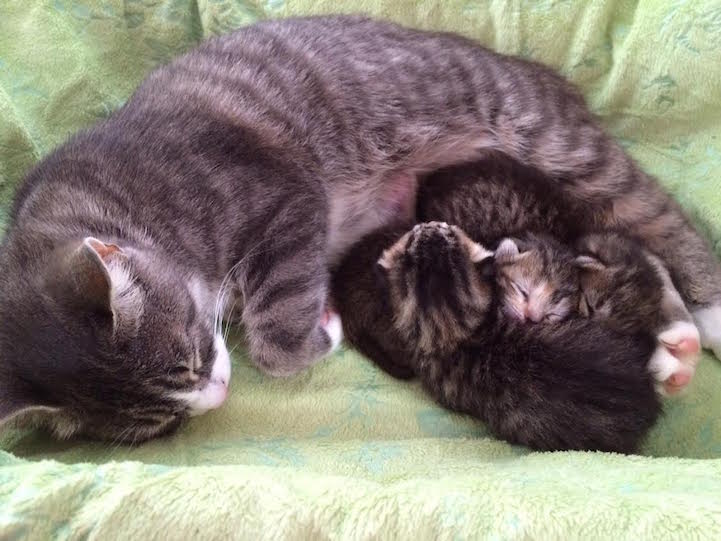 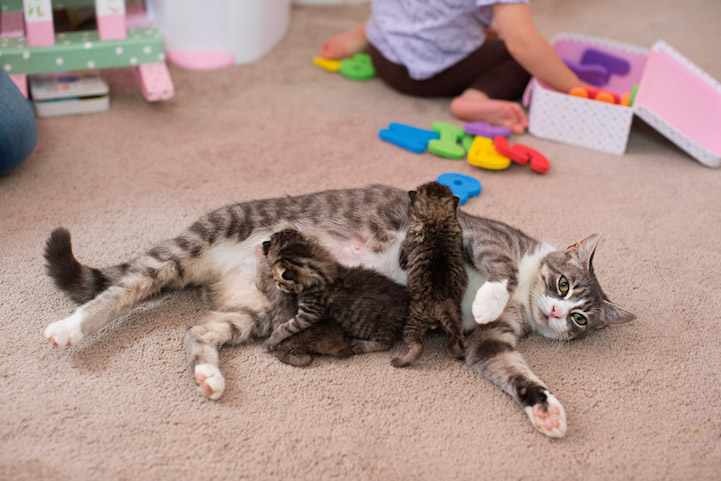 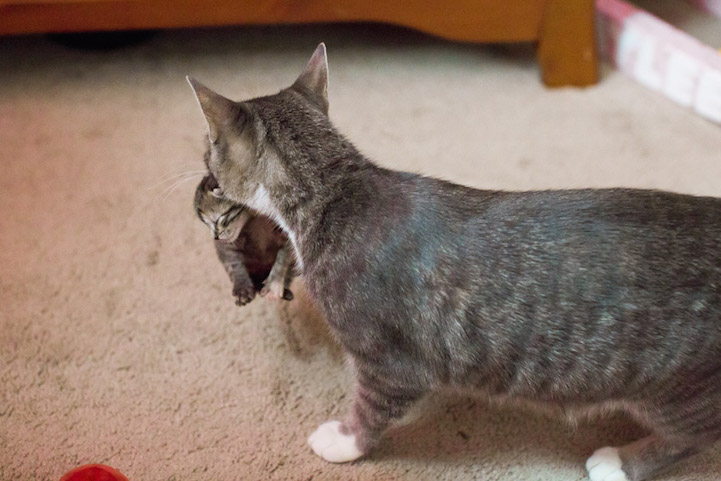 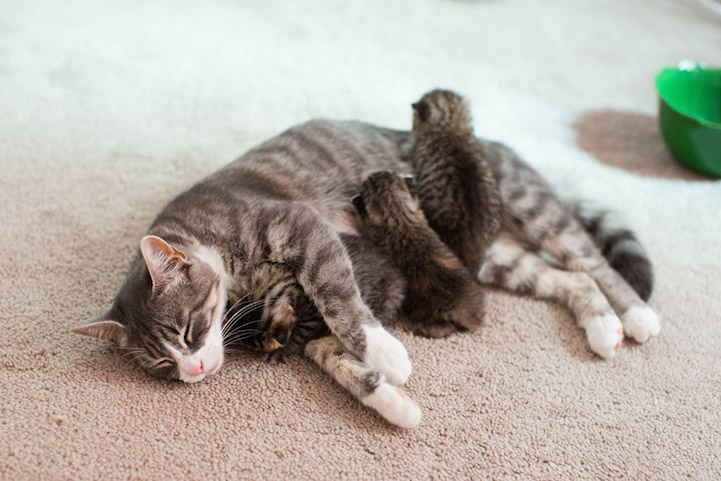