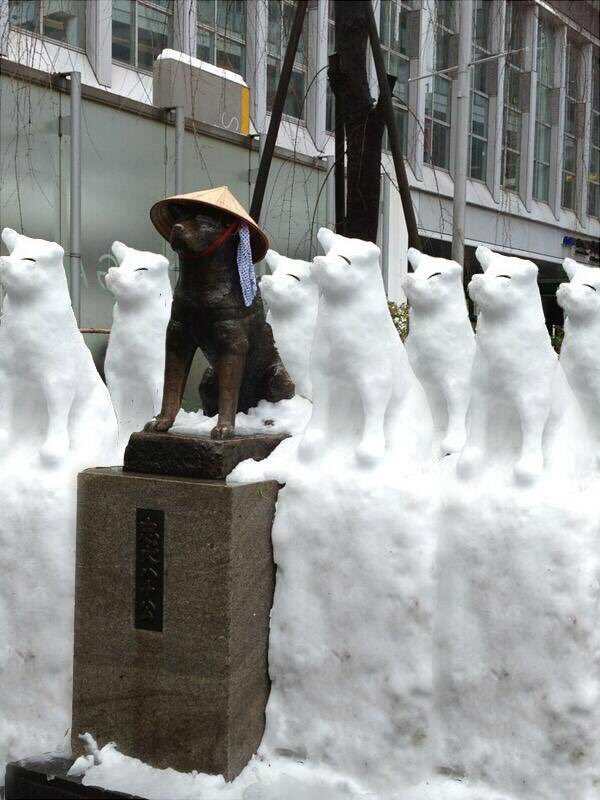 On Sunday, Tokyo residents awoke to their city blanketed in snow for the first time this winter season. Many rail lines were delayed because of this, but Twitter user @May_I_bite found that commuters had something else to look forward to–a remarkable series of snow sculptures. Where there's normally only one statue of Japan's famously loyal dog Hachiko in front of Shibuya Station, there were seven accompanying, snow-based copies. Though “Hachiko” can refer to the number eight when written in different characters, this word has also become synonymous with a certain Akita dog.

In 1924, University of Tokyo professor Hidesaburo Ueno adopted Hachiko as a pet and, every day, the pup would greet his human at the Shibuya Station when he returned from work. Hachiko and Ueno continued this routine until May 1925, when the professor suddenly didn't come home. It turns out that he tragically suffered a cerebral hemorrhage and passed away. Despite his death, Hachiko continued to wait for his human at the station for the next nine years. When locals realized what was happening, they began to feed the devoted dog during his wait and, before long, Hachiko became a national symbol of loyalty.

While the online image of the seven snow Hachiko's brightened many viewers' days, others believed that it was a Photoshop rendering of a snapshot taken in 2014. According to RocketNews24, the current image does appear to be edited, but in spite of this, one can certainly use this photo as inspiration when the desire to design a snowdog strikes. 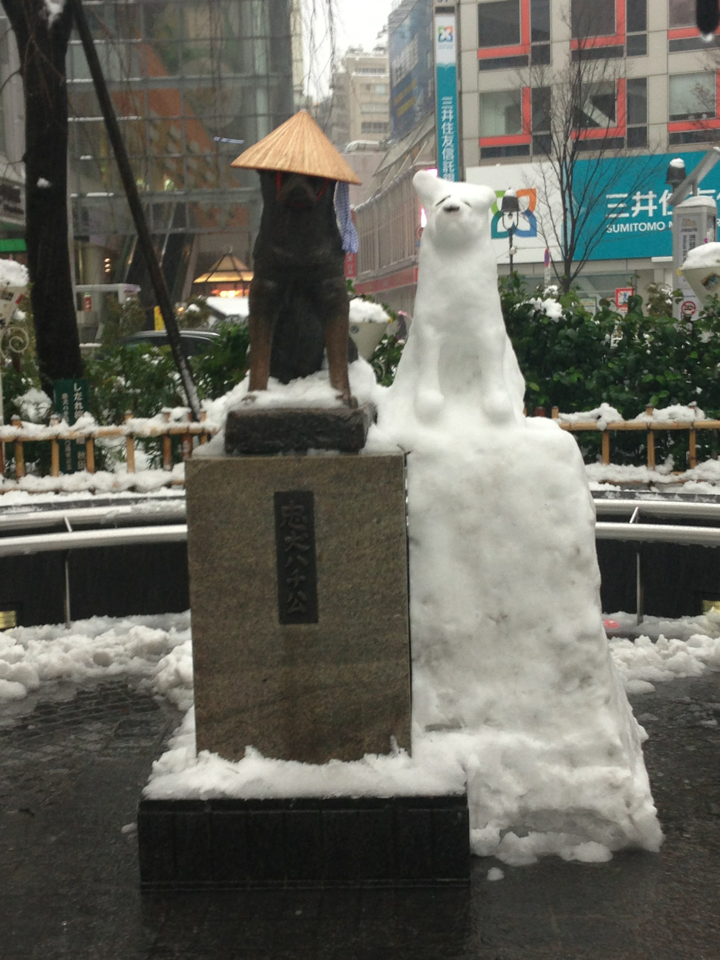