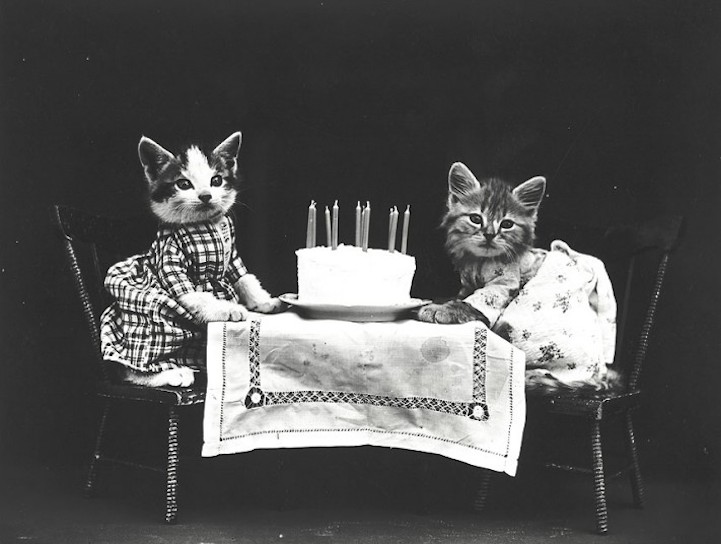 Harry Whittier Frees, an American photographer who lived from 1879 to 1953, may have created the original LOLcat images! His funny photographs show adorable animals dressed up in clothes and posed in human situations. Often accompanied by humorous captions, the photographs depict the furry little critters wearing clothes handmade by Frees' mother and using tiny props that look like they belong in a dollhouse. We're not entirely sure why, but there is just something inexplicably hilarious about seeing cats drinking tea or riding a choo-choo train together.

In a time period when software like Photoshop wasn't available, the photographer had to rely on good old-fashioned patience in order to capture these shots. Frees said, “These unusual photographs of real animals were made possible only by patient, unfailing kindness on the part of the photographer at all times.” Admittedly, he had a little help getting the animals to stand thanks to the stiff contours of the clothes that his mother sewed, but for the most part, the photographic process involved waiting patiently for the perfect moment.

Frees' career as an animal photographer began at a birthday party in 1906, when a paper party hat landed on a cat's head. Frees snapped a photo and sold it to a postcard printer, who quickly asked for other photos as customers demanded more of the funny images. In addition to taking photos of his own cats, Rags and Fluff, Frees frequently used neighbors' and friends' pets as subjects. 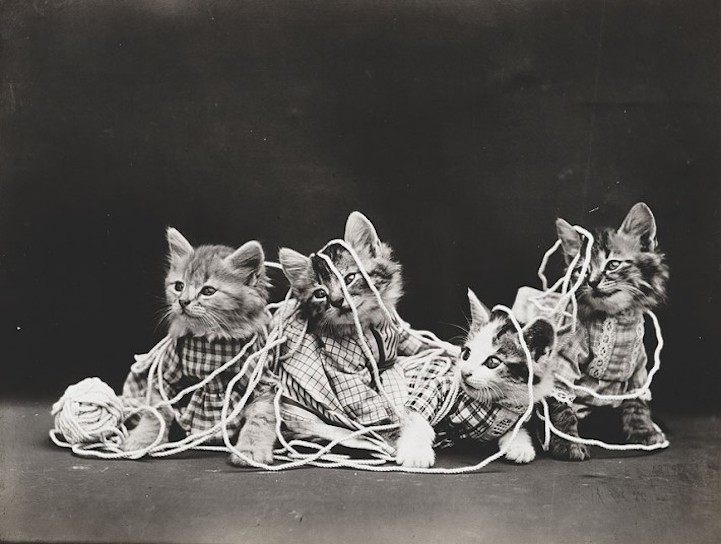 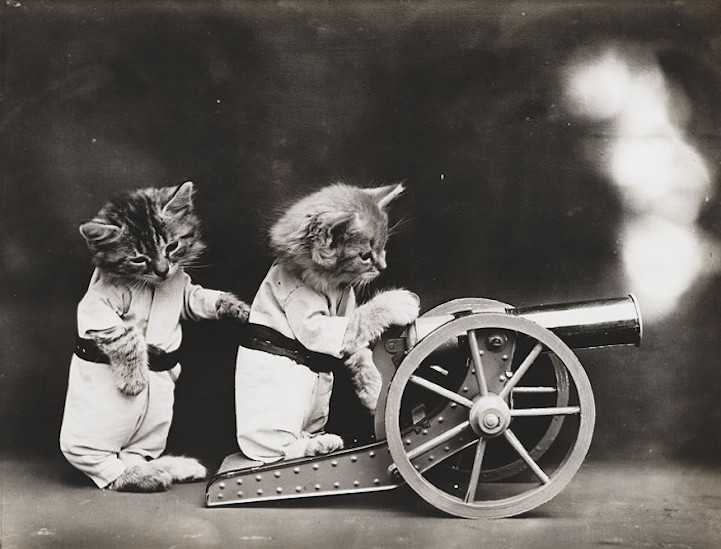 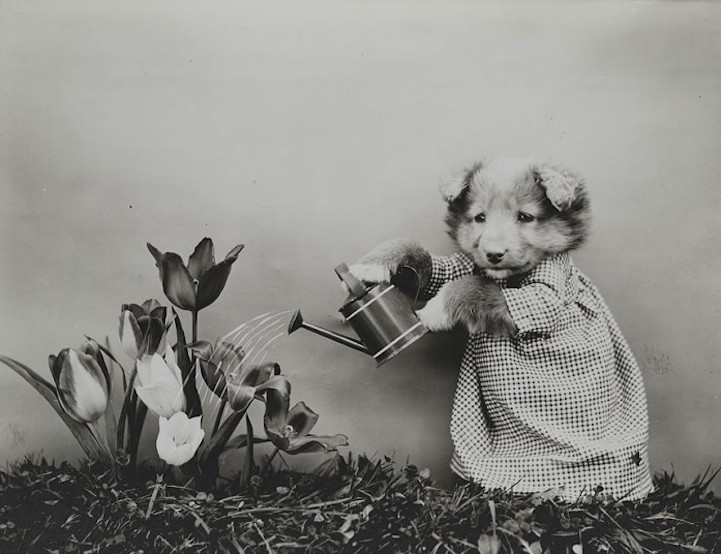 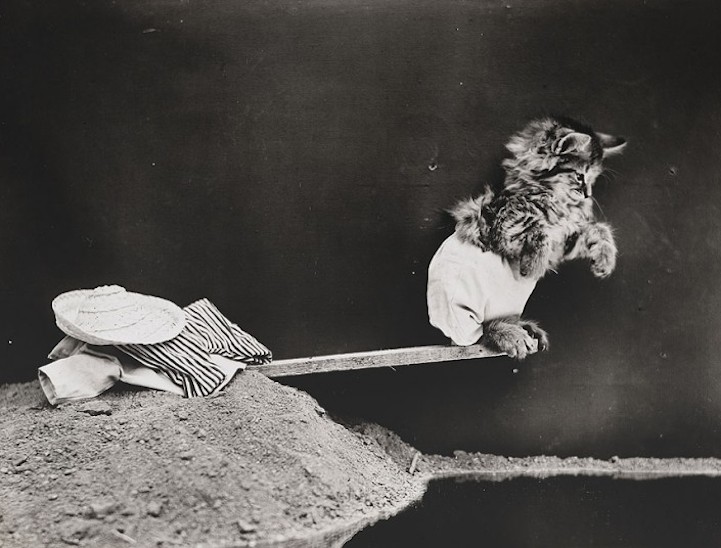 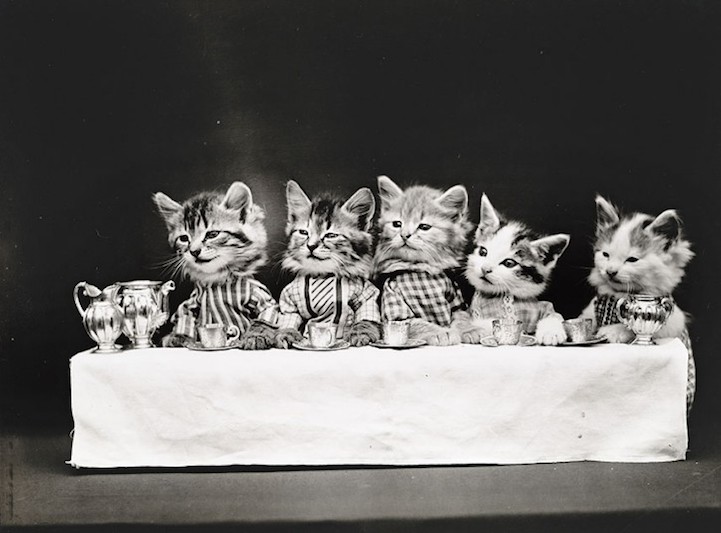 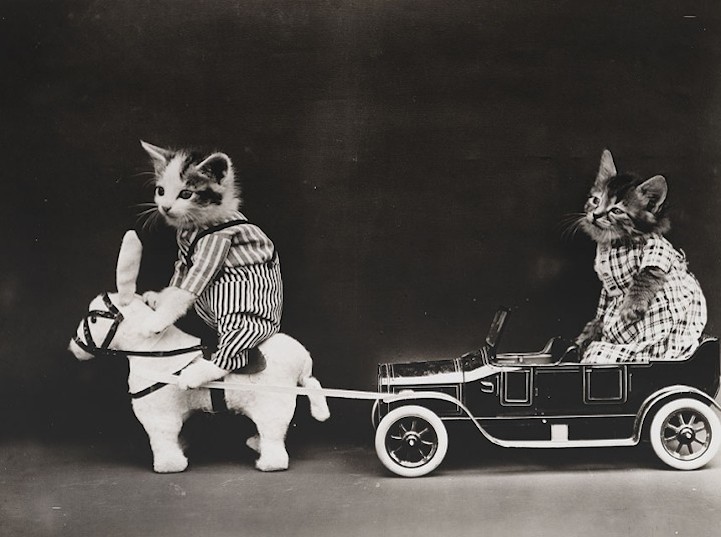 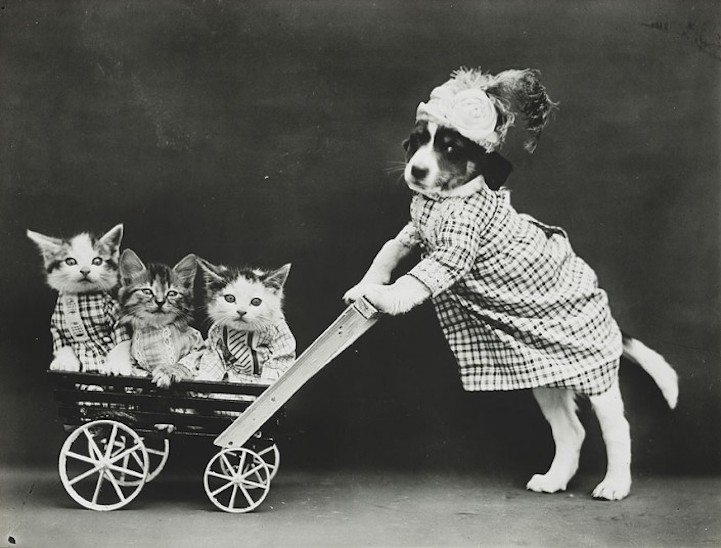 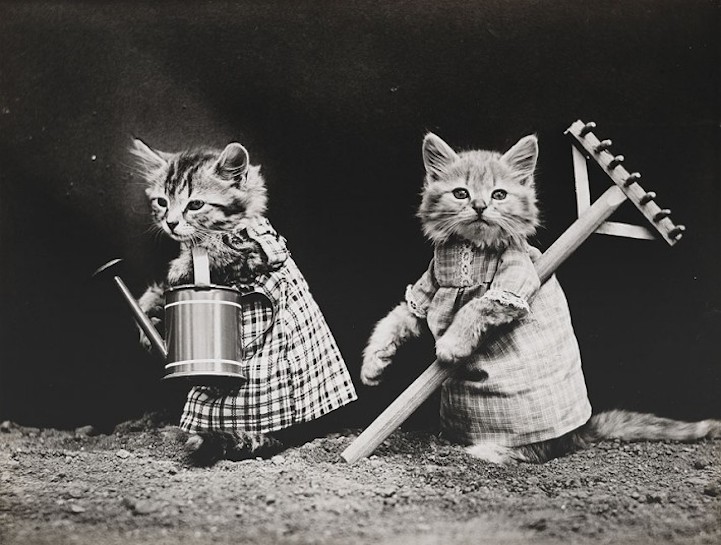 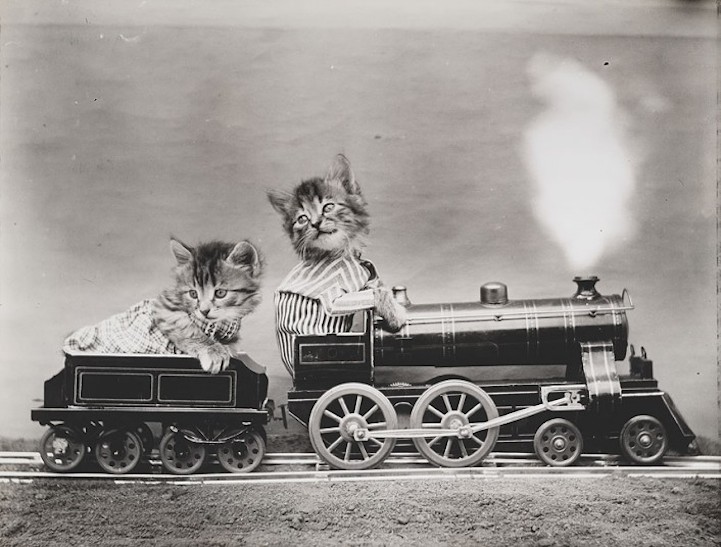 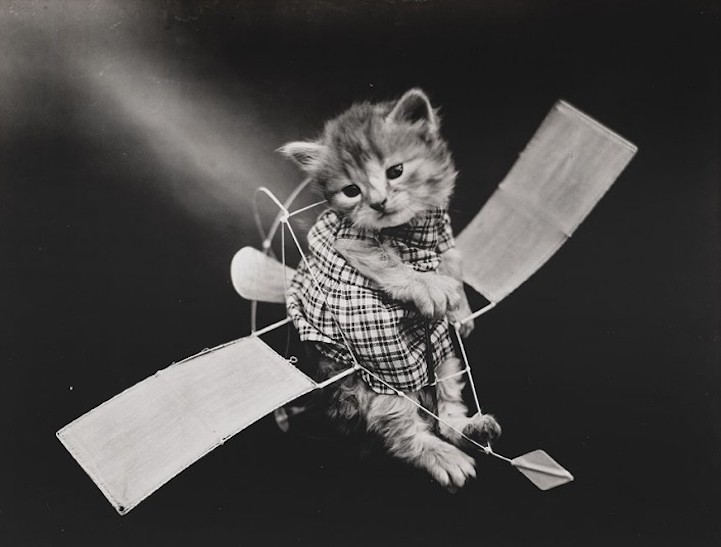 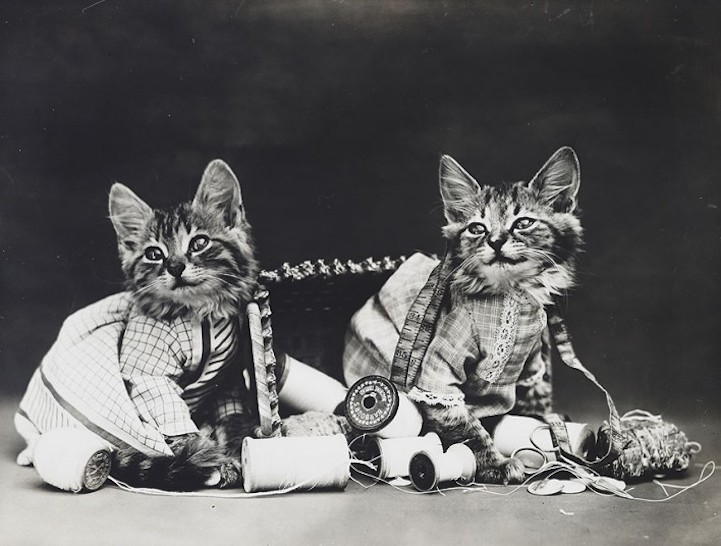 [via etoday, The Telegraph]