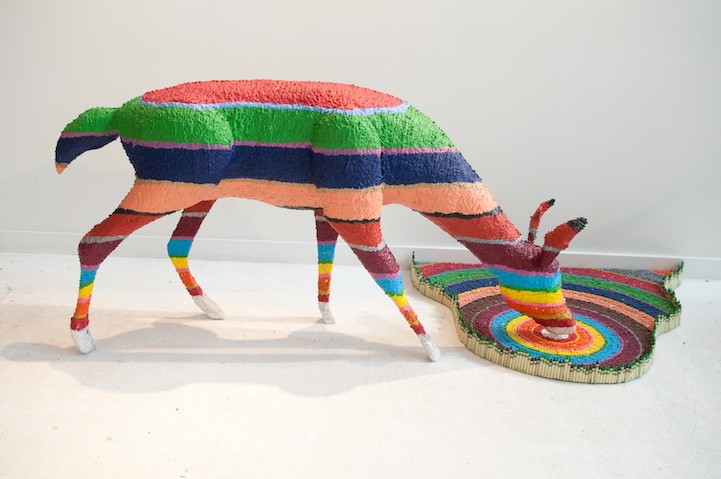 For the recently concluded show Call of the Wild at Nashville's Rymer Gallery, artist Herb Williams displayed some gorgeous crayon sculptures that were all inspired by nature. Based on the idea that nature communicates through a spectrum of colors that we cannot see, he carefully and deliberately stacked a rainbow of colored crayons for each piece.

The Ripple Effect took Williams over four months to create and 40,000 crayons were used for the deer alone. It's one of the first sculptures where he actually melted the crayons to achieve that finished surface look.

Williams put a lot of thought into each piece, especially when it came to the order of the colors. As he tells us, “The Ripple Effect speaks to the idea that the simple act of drinking water from a pure source has deeper significance than the human eye can perceive. These actions are a communication between animal and nature that ripple outward both internally and externally. I melted the crayons on the deer to flow upwards in the exact pattern as the colors of the ripples in the pool. I am exploring the idea that the most simple and raw acts in wilderness are a mysteriously strange spectrum hidden in plain sight.” 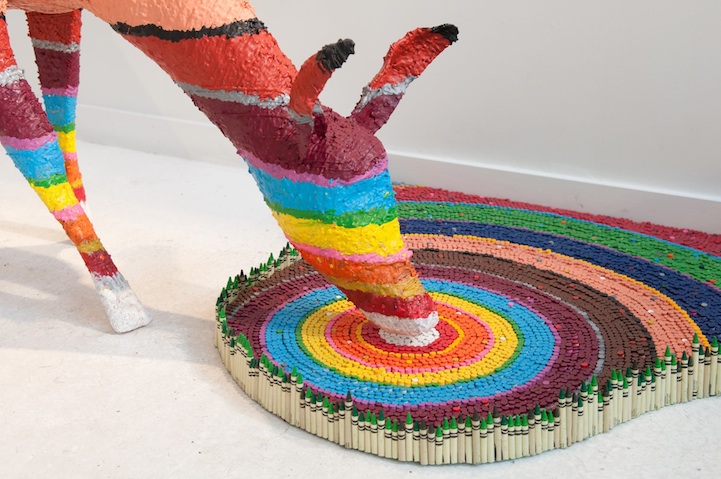 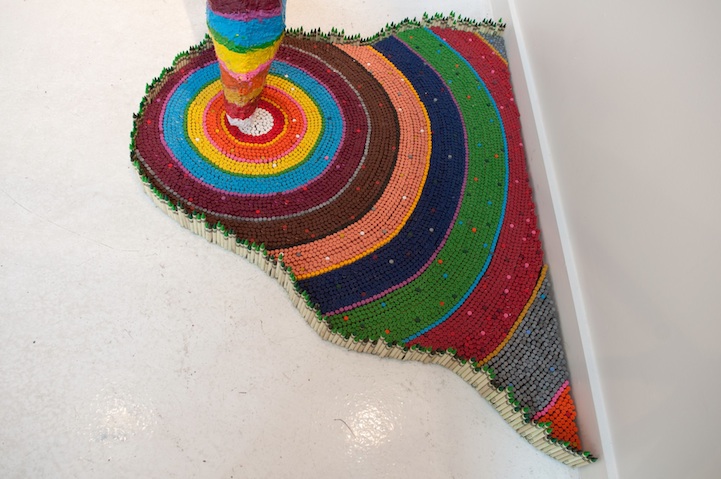 One of the most beautiful pieces, called Seeking Shelter, consists of a simple tree branch with an egg placed on top of it. While from the side, one can appreciate the way Williams twists the crayons, giving the piece dimension and depth, it's the view inside the branch that makes it so stunning.

“Seeking Shelter is a continuation of the Call of the Wild series, and the theme and spectrum of colors continue into this sculpture,” Williams tells us. “I am pursuing the idea of nature taking an active part of being involved with the continuation of the species in both its birth and death. The egg and branch have a shared sense of mutual interaction. The cut-away of the growth rings in the branch reveals that the reaction is more than skin deep.” 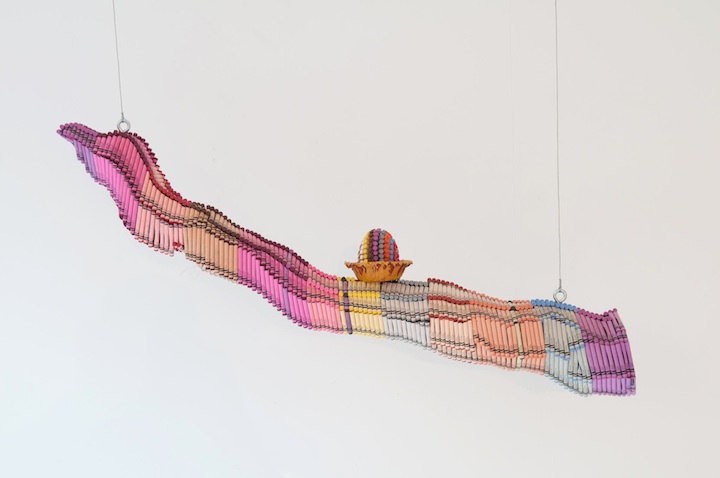 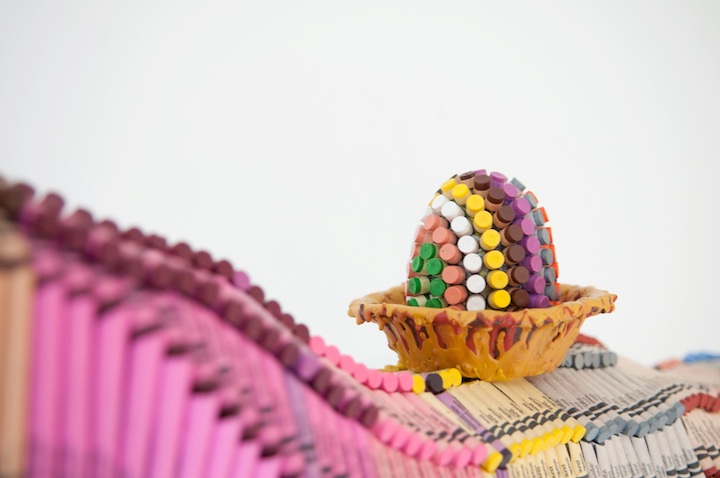 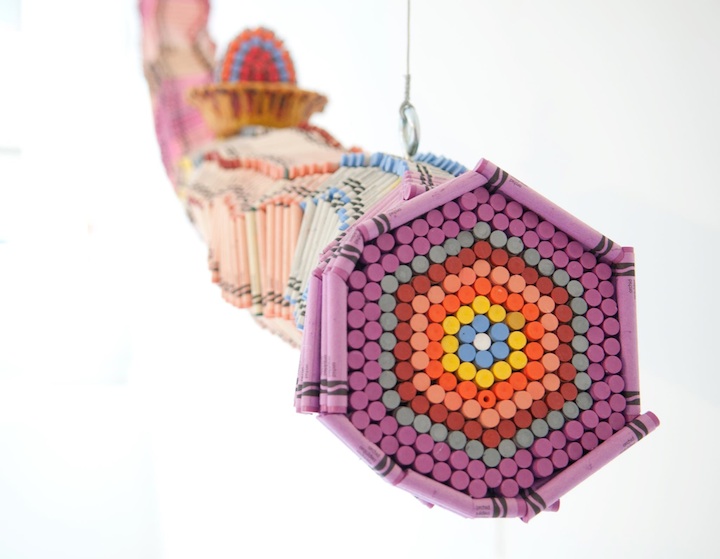