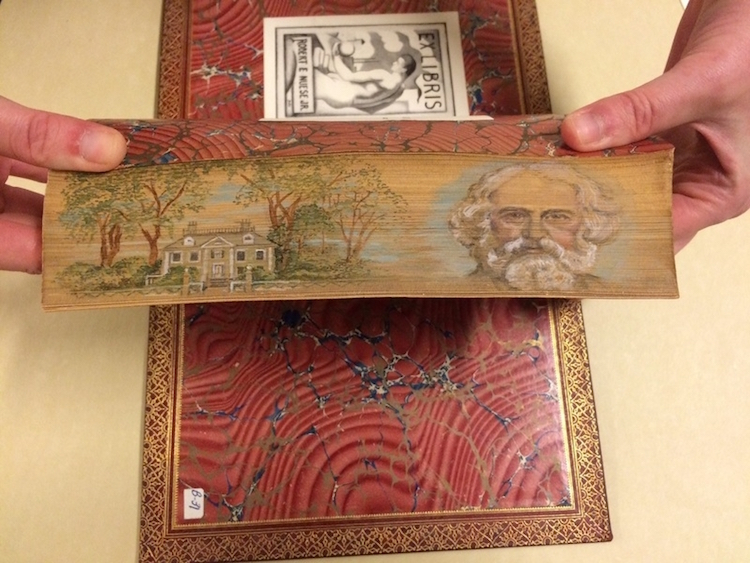 It’s commonplace to see illustrations grace the inside of a book, but long ago, some of the best imagery was displayed on the edge of a publication. Known as fore-edge painting, these incredible compositions were printed or drawn on the closed pages of a book.

As the book lays flat, entire scenes span the stack of pages. Some texts, however, are more secretive and can only be viewed when the book is fanned in a certain direction—if the book is closed as it normally is, it simply looks unadorned or perhaps gilded. Occasionally, there are two illustrations embedded on the fore-edge, and they’re each visible on different page slants (this is called a two-way double).

The Earl Gregg Swem Library is home to the Ralph H. Wark Collection, which comprises 700 fore-edge painted books—the largest array found in America. Jay Gaidmore, the Director of Special Collections at the Earl Gregg Swem Library offers insight to the special books. “Sometimes the fore-edge paintings corresponded to the subject of the book, and sometimes not,” he explains. “Typical scenes include Oxford and Cambridge, the Thames River, Westminster Abbey, the English village and countryside, Edinburgh, authors, ships, and classical figures.”

Although still seen today, the practice dates back to the 11th century, with the more sophisticated and elaborate forms of fore-edge painting (like the two-way double) appearing around the 17th century. The tradition peaked around the early 19th century and eventually fell out of vogue. Now, it’s used as a special, unexpected touch in modern publishing.

Above: Henry Longfellow from The Complete Poetical Works of Henry Wadsworth Longfellow. Photo via of The Swem Library. 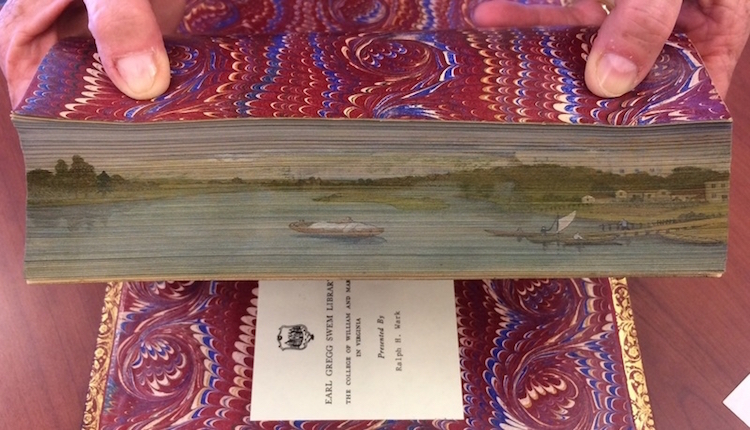 A two-way double fore-edge painting from The Book of The Thames (1859), slanted one way. Photo via The Swem Library. 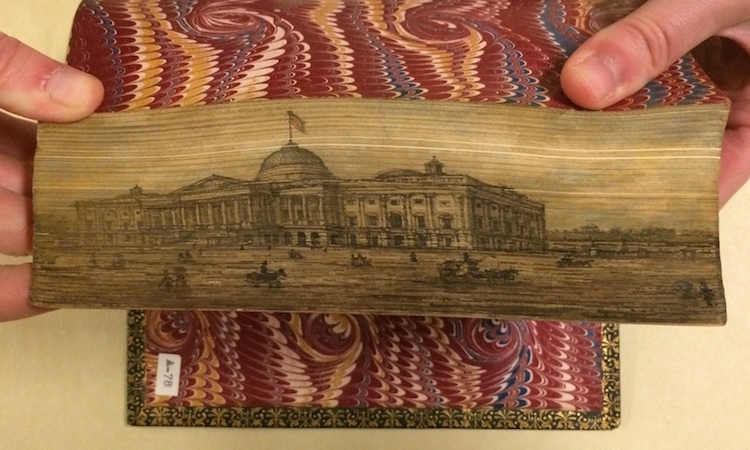 The American capital painted on the edge of American Poems (1870). Photo via The Swem Library.

A two-way double fore-edge painting from The Book of The Thames (1859), slanted one way. Photo via of The Swem Library.

A ship painted in Lectures on Modern History (1843). Photo via of The Swem Library. 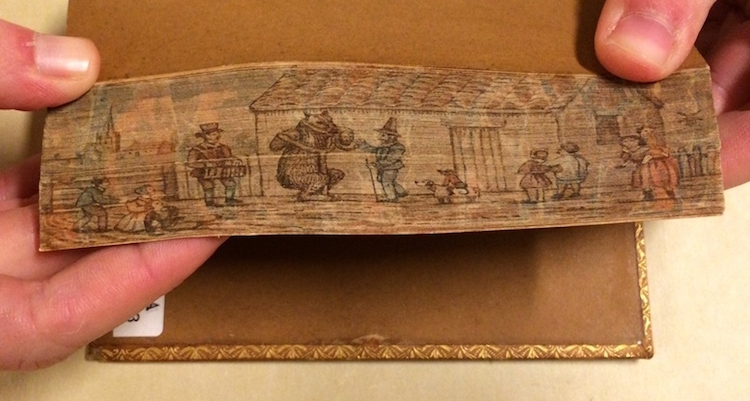 A circus scene from Essays, Poems, and Plays (1820). Photo via of The Swem Library. 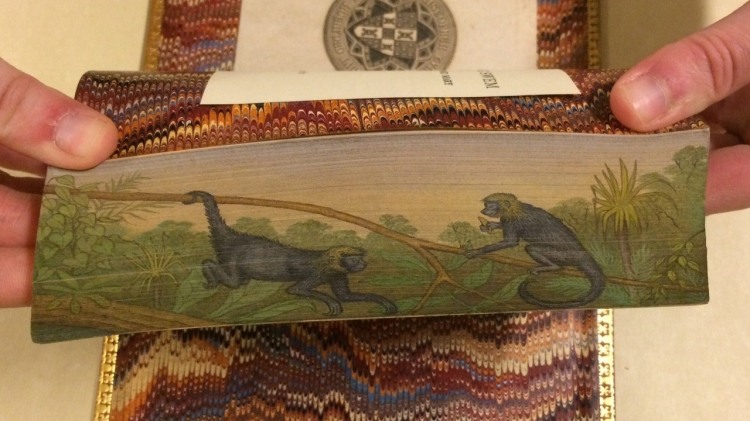 Spider monkeys from a fore-edge painting on The Natural History of Monkeys (1838). Photo via of the Swem Library.

Stonehenge painted on the side of The Royal Kalendar, and court and City Register for England, Scotland, Ireland, and The Colonies (Date unknown). Photo via of Albert H. Wiggin Collection/Boston Public Library.

Adam and Eve in the Garden of Eden on side of The Bible (1795). Photo via of Albert H. Wiggin Collection/Boston Public Library.

The Last Supper on the edge of The Holy Bible (1803). Photo via of Albert H. Wiggin Collection/Boston Public Library.

George Washington and Ben Franklin from the side of The Speeches of The Right Honourable William Pitt (1808). Photo via of Albert H. Wiggin Collection/Boston Public Library.

A few years ago, Special Collections Librarian Colleen Theisen at the University of Iowa created GIFs of secret fore-edge paintings on a volume of seasons by Robert Mudie:

Learn more about those volumes here.