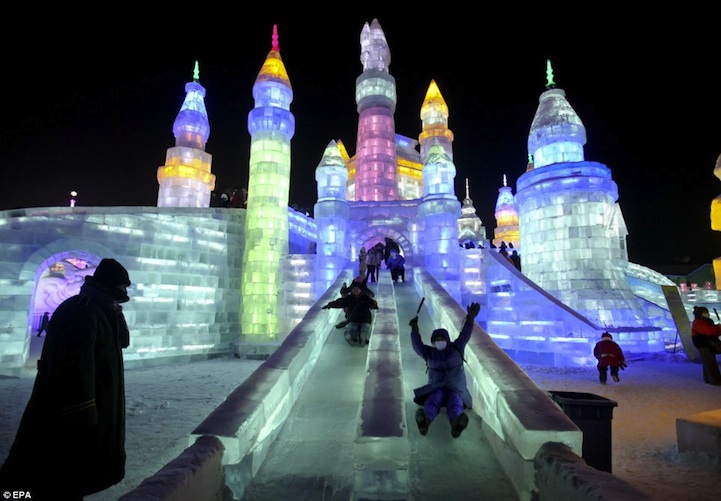 New photos are just starting to emerge of the world's ultimate wintertime experience – the Harbin International Ice and Snow Festival. Now in its 29th year, the festival officially opened on January 5th and will last for about a month. In the far northeastern province of Heilongjiang, the city of Harbin turns into a winter wonderland as sculptors from all of the world descend upon the city to transform ice blocks from the nearby Songhua River into amazing palaces, pyramids and mystical figures.

Named by National Geographic as one of the Best Winter Trips you could take in 2013, the Harbin Ice Festival is a feast for the eyes, especially at night when the ice sculptures come alive through LED lights.

Some of the “coolest” attractions you'll find are its many ice slides. As China Highlights states, “Walking around the three venues, you'll see world record-sized snow sculptures longer than two football fields, and some ice buildings, palaces, monuments, or statues about 50 meters tall (160 feet high) that you can walk and slide around in and on. These displays are technologically sophisticated, using computer controlled LED and regular lighting to put on stunning displays of changing color and design. For example, there was a replica of the Great Wall of China that people could slide on. Many of the architecture replicas have ice slides. Harbin is called ‘Ice City,' and the winters are bitterly cold, but the conditions are right for the ice festival.”

Today, we put together some of the best pictures of people, both young and old, plunging down those ice slides. Not only do they look thrilling to ride, they are also meant to be functional. As a form of transportation, visitors can quickly and easily zip around the grounds. 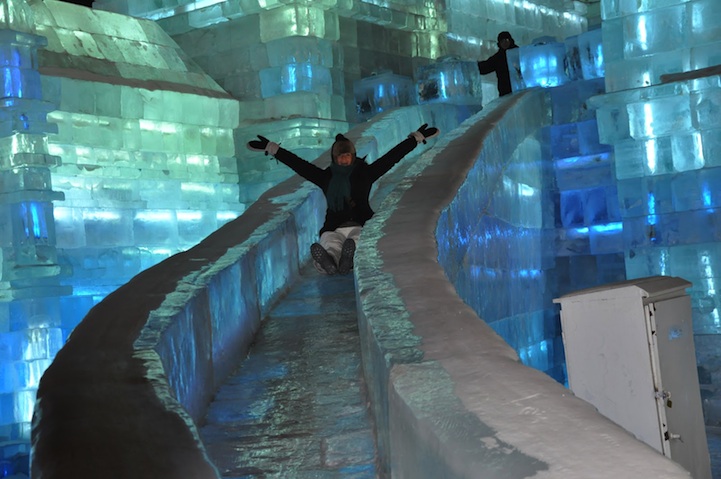 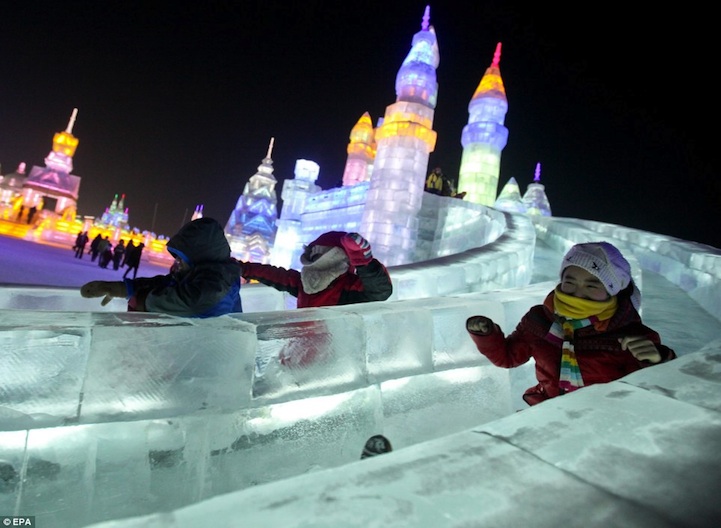 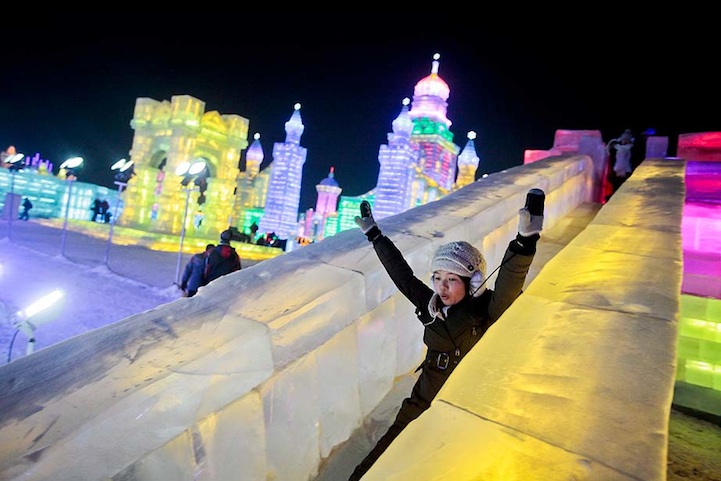 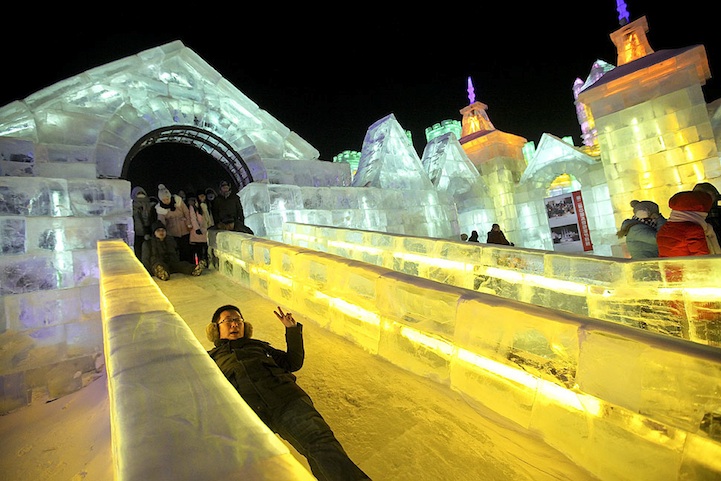 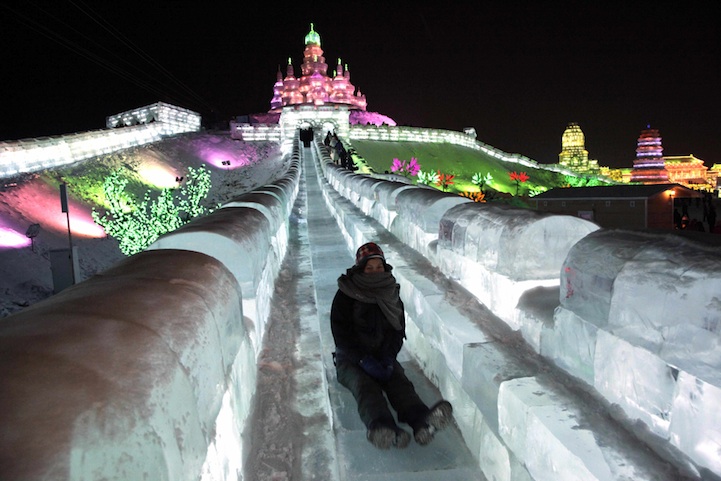 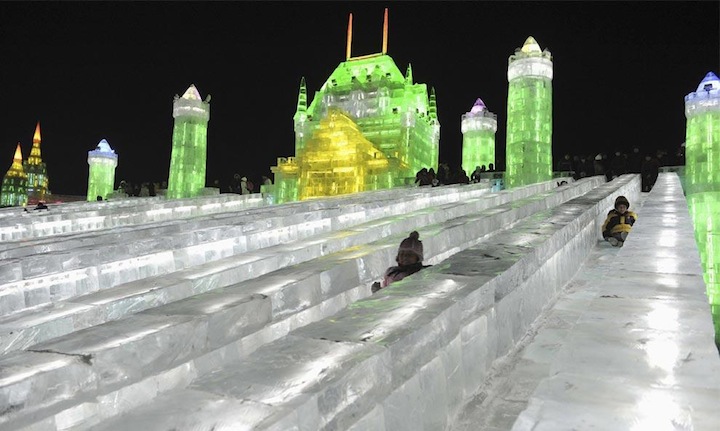 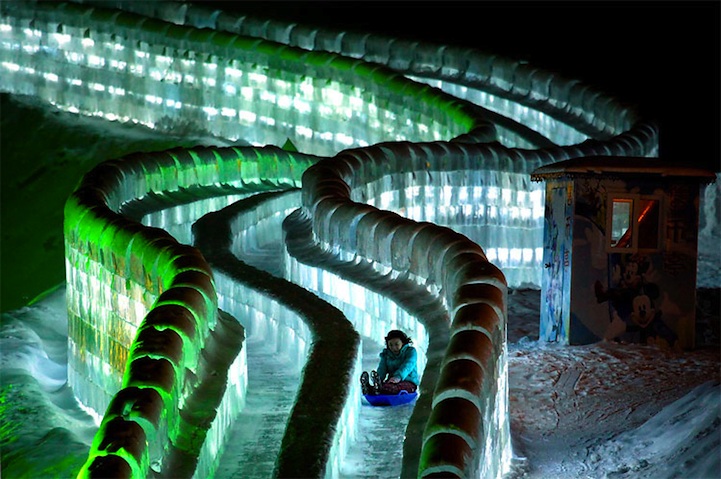 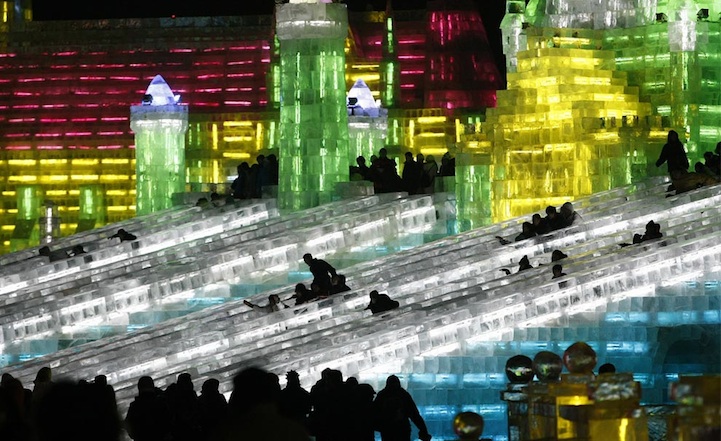