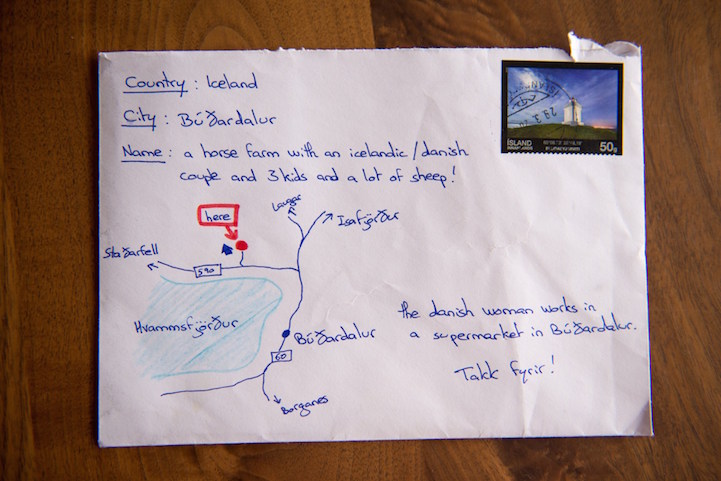 Although Iceland is having a moment as a top travel destination, it hasn't lost its small village charm. A letter with a hand-drawn map in place of a written-out address was mailed to a farm in Hvammseit, West Iceland. Not only did it get processed through the mail system, it was successfully delivered to the correct address!

This incredible feat of postal service, which recently surfaced on Reddit, consisted of an envelope labeled with the country, city name, and the line “A horse farm with an Icelandic/Danish couple and 3 kids and a lot of sheep.” In case there were several farms which fit this description, the envelope sender included an extra piece of recipient identification: “The Danish woman works in a supermarket in Búðardalur.” What looks like an accompanying illustration is a street map of the intended delivery address, complete with a diagram of the nearby lake, names of crossroads, and a big red dot, marking the farm as “here.”

According to a local Icelandic news service, the letter was mailed by a group of tourists in Reykjavík who had visited the farm, owned by the Holar family, earlier in the year. Condé Nast Traveler reveals that the farm attracts a small amount of travelers, as it boasts a “mini zoo” where visitors are encouraged to pet the family's horses, goats, sheep, pigs, and other animals. Unsure of the farm's address, the tourists made use of their drawing skills and left the best clues they could for the postman to solve. And they did—thus proving that perhaps “anything is possible in Iceland.”

Here's a closer look at the map on the envelope: 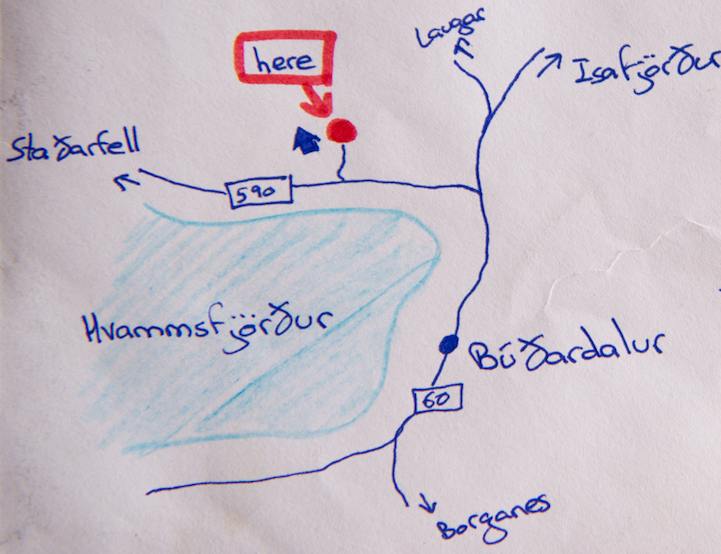 And here are a few other details to note.

Country: Iceland
City: Búðardalur
Name: a horse farm with an icelandic/danish couple and 3 kids a lot of sheep!

the danish woman works in a supermarket in Búðardalur
Takk fyrir! [translation: Thank you!]