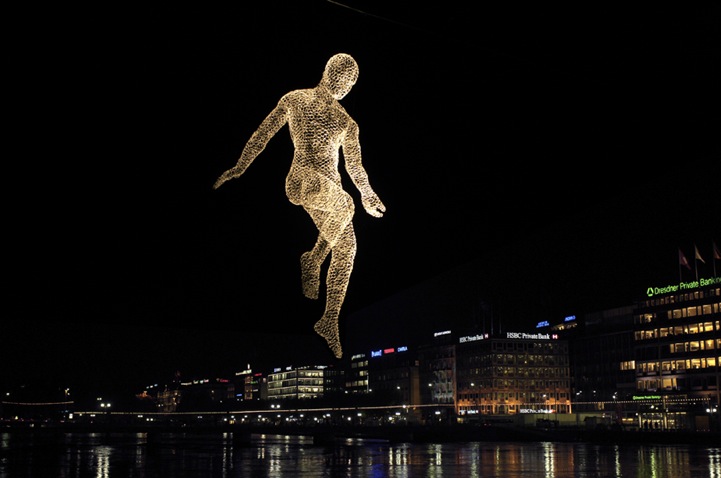 Don't these remind you of Jaume Plensa's otherworldly sculptures? Artist Cedric Le Borgne constructs liberating figures made of chicken wire. Each of the artist's intricately crafted sculptures feature the human form (Les Voyageurs), a deer (La Biche), or a monkey (Les Naufrags) which can be seen calmly sitting, grazing, or taking flight high above ground. There's something wildly romantic about the illuminated figures suspended in mid-air. It's a freedom that translates through the installation's placement. You never know where these characters are off to, which is just what Le Borgne intended. His pieces are mean to represent a freedom from formal constraints.

An adventure is to be had with Le Borgne's body of work. As a frequent traveler, he has shown his pieces across Europe. Most recently, his series has landed in England. Le Borgne, who works and lives in France, is one of 35 international artists displaying their light utilizing works at the Lumiere Festival in Durham, England. Lumiere is the UK's largest light festival that runs for four days. Le Borgne's Les Voyageurs series was shown this year featuring eleven figures along Durham's South Bailey. 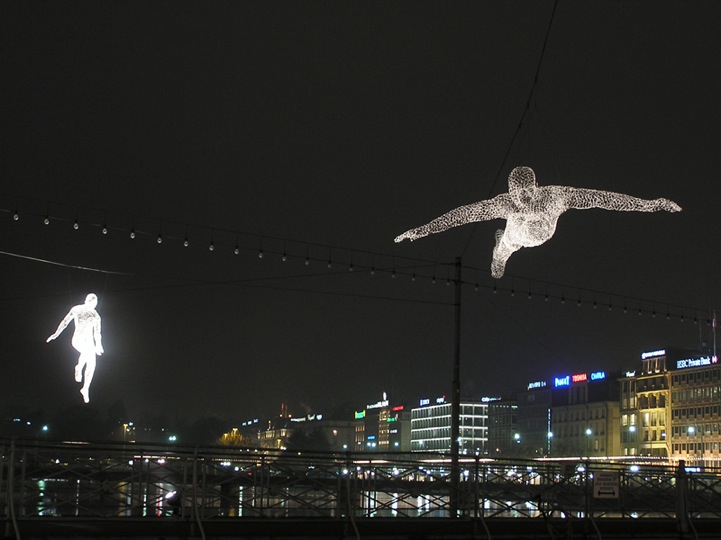 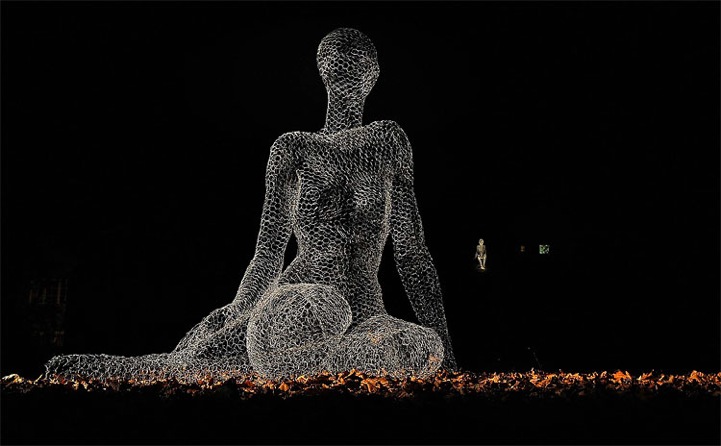 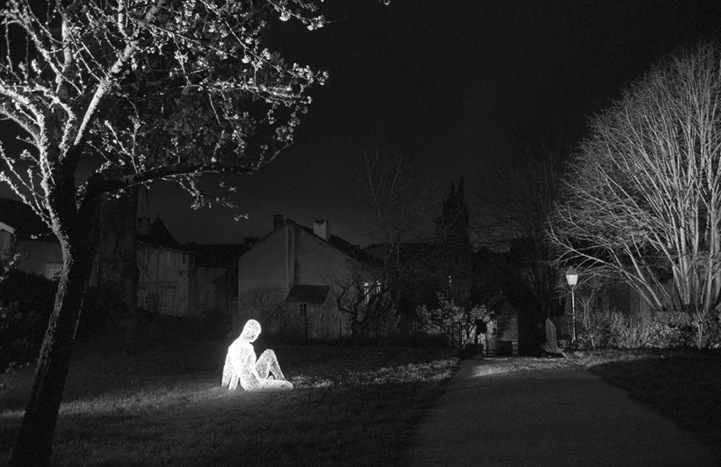 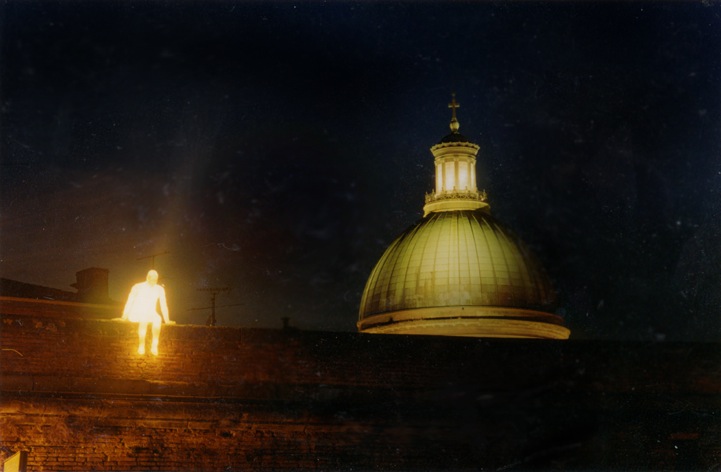 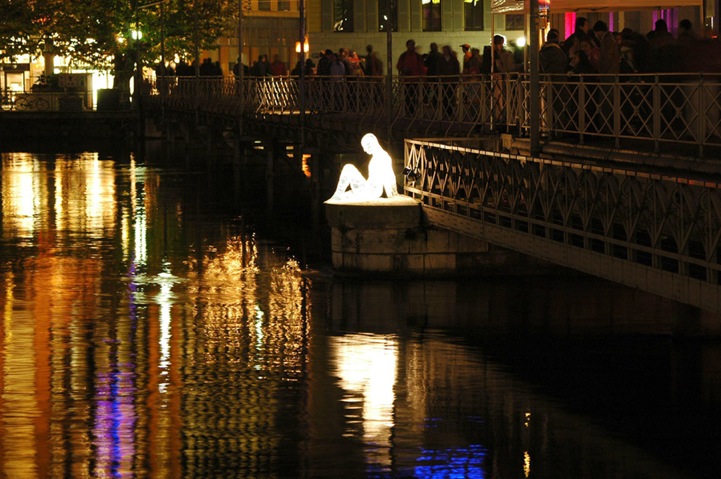 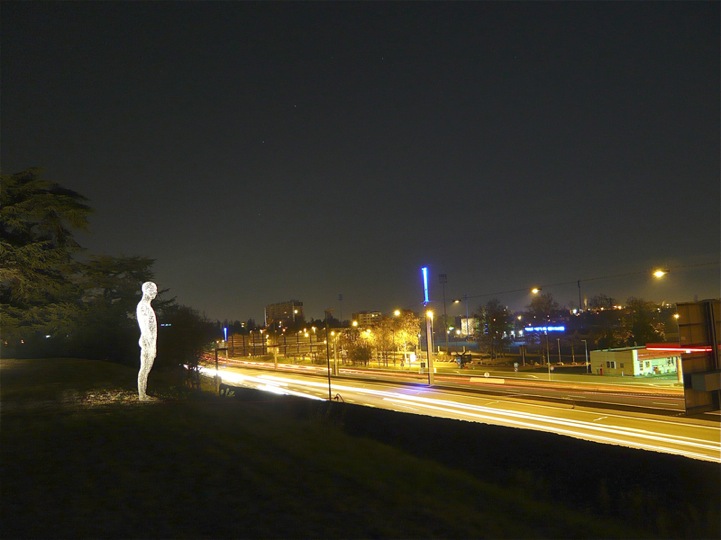 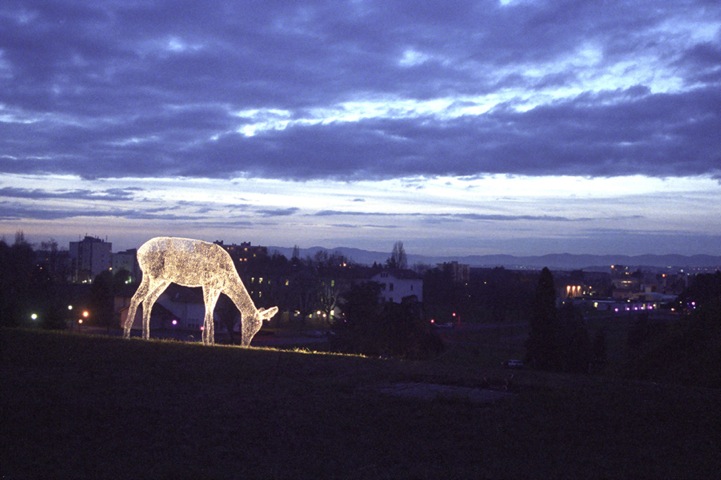 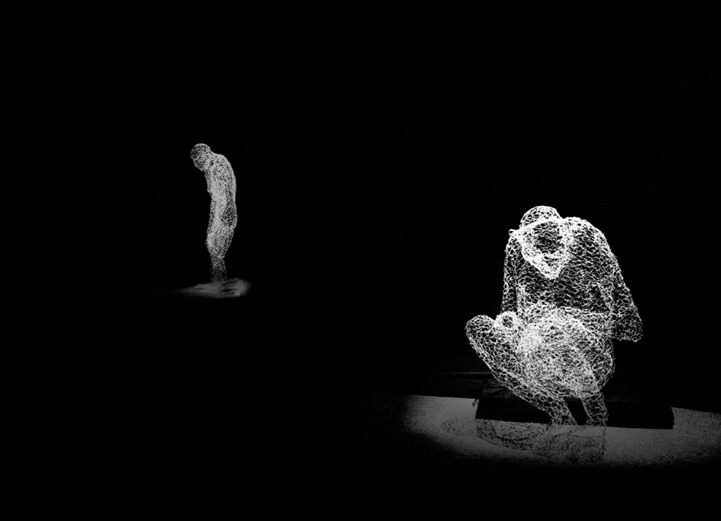 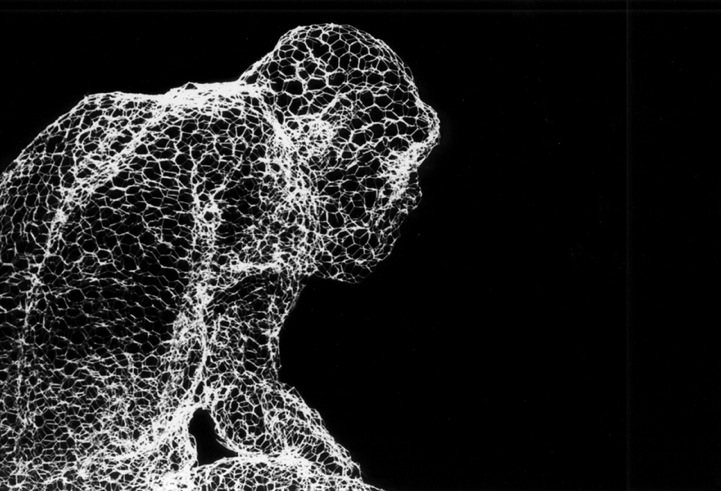