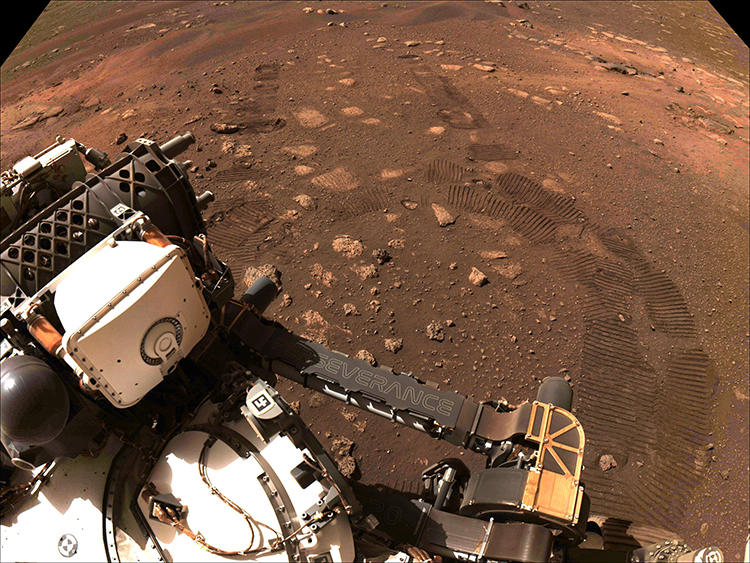 In February 2021, NASA’s Perseverance Rover landed on the surface of Mars after an epic seven-minute descent through the planet's atmosphere. As the fifth American rover to explore Mars, the mission of Perseverance is to explore the ancient delta in the Jezero Crater area of the Red Planet. The rover will move slowly over a 15-mile course which will take two years to complete. Over the course, the rover will send back to Earth thousands of photographs, video, data points, and even sounds. NASA is releasing many of these to the public, so that the world can share in this new space frontier.

A primary mission of Perseverance is to collect samples of the rocks and soils in the area that once was an ancient delta. Scientists hope to find evidence of fossilized microbial life from a more habitable time on the dusty planet. However, it will take years before these samples can be analyzed. NASA hopes the samples will return to Earth by 2030, but in the meantime there is still much to learn. Perseverance carries a small helicopter, which will attempt the first helicopter flight in another atmosphere. The rover is also equipped with cameras capable of photographing 360 degrees of its surroundings. NASA has shared some of these stunning “Hazcam” (short for hazard camera), “Mastcam” (on the mast), and “Navcam” (navigation cameras) images.

The images returned to Earth are quite stunning. The landscape appears dusty and rocky with the high edges of the the crater also visible. To get a sense of the Jezero Crater, one can also watch NASA's video of the rover's epic landing. The last few moments give a quick view of the landing site, which has since been named the Octavia E. Butler Landing Site after the legendary science fiction author. The rover is being driven by NASA’s Jet Propulsion Laboratory at CalTech; however, the quest to gather all possible information is a collaborative effort with other institutions, such as Arizona State University.

Perhaps one of the strangest examples of the “Mars media” sent home by Perseverance is audio from the surface of Mars. NASA has shared two examples on SoundCloud. In one, the mechanical noises of the rover itself can be heard. In the other recording, those have been removed. The recorded noises may seem anticlimactic, but they are actually evidence of how sound behaves differently in Mars’ atmosphere versus our own here on Earth. Sound travels through air as waves of pressure. On Mars, the atmosphere is less dense, colder, and more composed of carbon dioxide than Earth's. As a result, sounds are lower in both tone and volume, and the speed of sound is actually slower. Give the recording a listen below to experience this for yourself.

Scroll down to check out some of the amazing multimedia returned to Earth by NASA's Perseverance Mars Rover. To stay up to date on the rover's travels, follow along on its website.

NASA's Perseverance Mars Rover has sent images, recordings, video, and data back to Earth since its February 2021 landing on the surface of the planet. 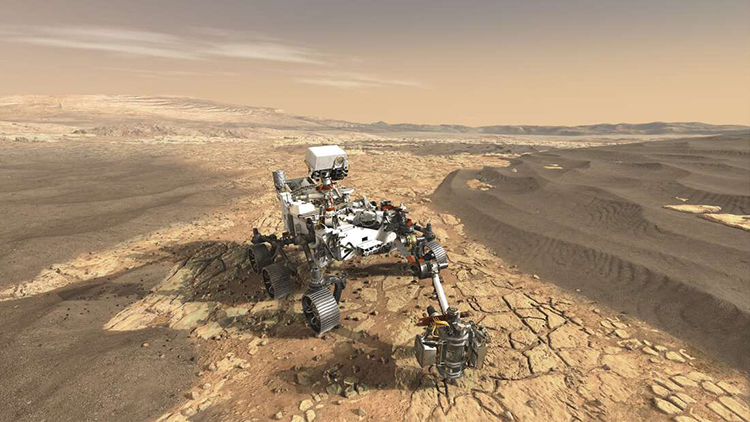 NASA is sharing these images, sounds, and videos with the public as the rover begins to explore the Jezero Crater. 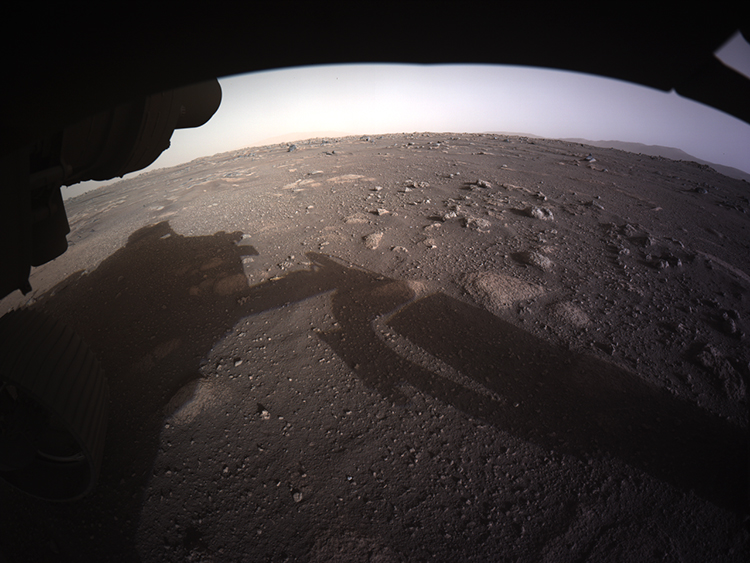 The first high-resolution, color image to be sent back by the Hazard Cameras (Hazcams) on the underside of the rover. (Photo: NASA/JPL-Caltech)

Scroll down to hear noises from Mars and even catch the epic landing of the rover. 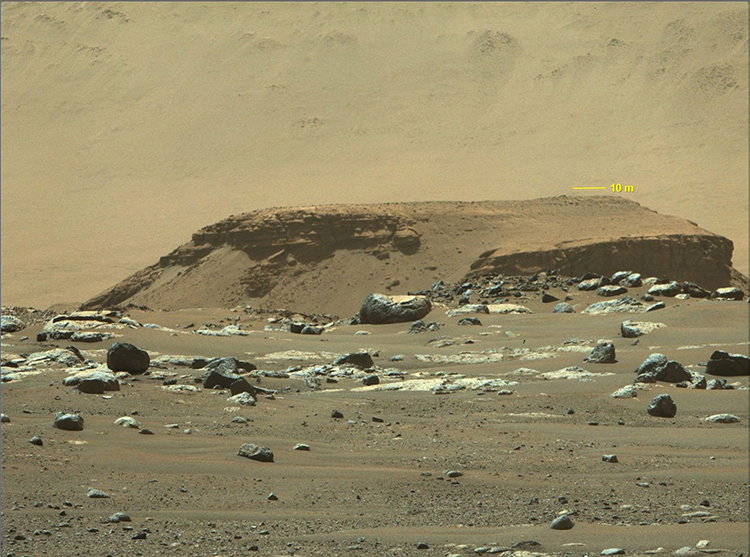 View of the Delta in Jezero Crater, the area to be explored by the rover for signs of ancient microbial life. (Photo: NASA/JPL-Caltech/ASU/MSSS) 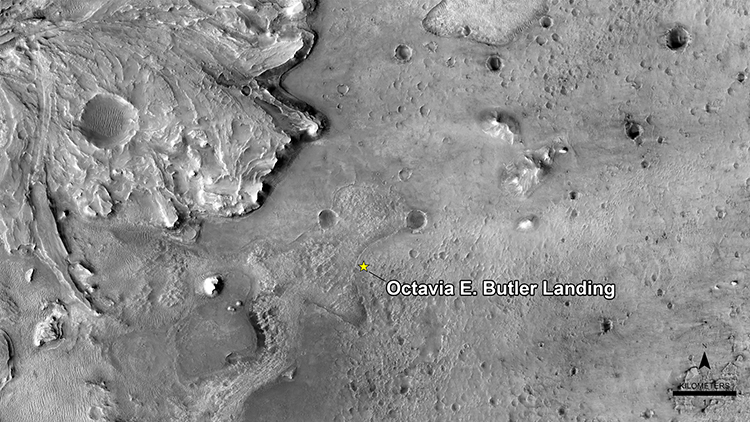 The landing site of the rover has been named the Octavia E. Butler Landing in honor of the legendary science fiction author. (Photo: NASA/JPL-Caltech/University of Arizona)

To watch the rover's landing in February 2021, check out this video from NASA.