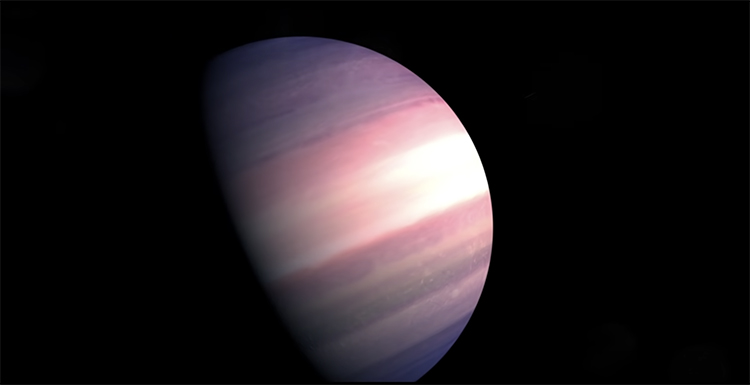 During the summer of 2019, a 17-year-old high school student named Wolf Cukier arrived at NASA's Goddard Space Flight Center ready for a summer of learning at their new prestigious, coveted internship. He was put in charge of examining data collected by the Transiting Exoplanet Survey Satellite (TESS), which searches the universe for systems with two stars. Only three days into his new job, the teen spotted a blip in the data of one system which indicated the presence of a previously unknown planet. A year and a half later, NASA has published what they know about this newly discovered planet named TOI-1338 b.

TOI-1338 b is considered a Neptune-like gas exoplanet, about 6.9 times larger than Earth. An exoplanet is a planet outside of our solar system. This example lies 1,317 light years away from Earth and orbits its two stars roughly every 95 days. Discovery of planets such as TOI-1338 b are a main function of NASA's TESS. The system documents dual-star systems to track the variations in light. Known as an eclipsing binary, one star may at times block or eclipse the other from a viewpoint here on Earth.

While studying graphs of such interruptions in light in one particular eclipsing binary system—with one star larger than our sun and another smaller star orbiting each other—Cukier noticed an anomaly which could not be attributed to either star's path. The blip was in fact caused by the path of TOI-1338 b, which is non-periodic and appears irregular because of the stars' movement.

Paul Hertz, NASA astrophysics division director, told CBS News, “TESS was designed and launched specifically to find Earth-sized planets orbiting nearby stars.” Once the far-away world was suspected, NASA used a system known as Eleanor to analyze lots of data related to the TOI-1338 systems. The results proved the deviations in the starlight were in fact a planet rather than random asteroids. TOI-1338 b joins a roster of several other circumbinary planets (orbiting two stars) known to NASA. Many more are likely to be discovered as TESS continues to track fluctuations in starlight across the universe.

The discovery of TOI-1338 b was certainly a plus on one brilliant teen's college application, but the new planet has also fascinated the internet. In NASA's representation of the gas planet, the pastel colors of its surface have inspired admiration for the beautiful planet. The internet has particularly admired a painterly bot-created artistic interpretation of the new planet. While there may be ways to predict a planet's appearance using data on its composition and size, it's impossible to photograph or view a planet so far away using current technology. While we know TOI-1338 b is there from the data Cukier and NASA analyzed, for now we will just have to imagine the look of this new world.

A 17-year-old named Wolf Cukier discovered a new gas planet on his third day as a NASA intern in the summer of 2019. 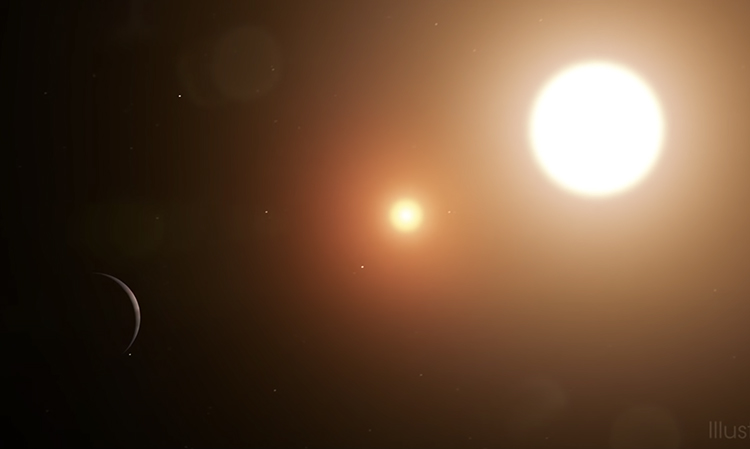 TOI 1338 b with its two stars. (Photo: screenshot from NASA GODDARD)

Along with the discovery, image renderings of the planet were unveiled and they completely stunned the internet.

The planet, TOI-1338 b, is larger than Earth and so far away that its existence was only discovered by analyzing the light “blips” as it orbits in its system. 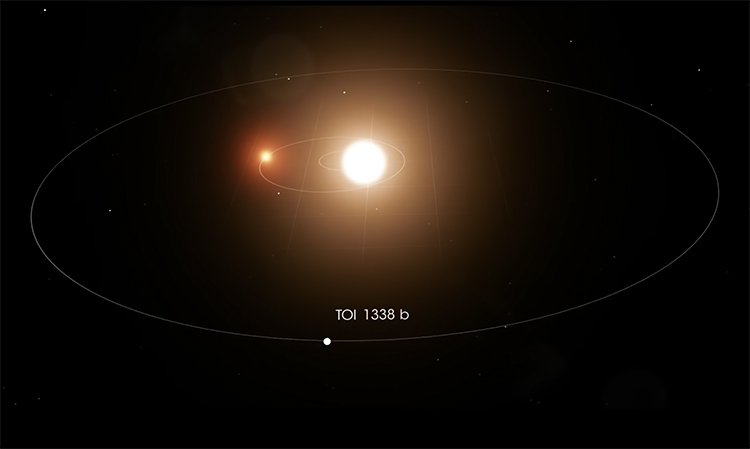 The orbit path of TOI 1338 b. (Photo: screenshot from NASA GODDARD)

TOI-1338 b adds to a growing list of circumbinary planets which orbit two-star systems. 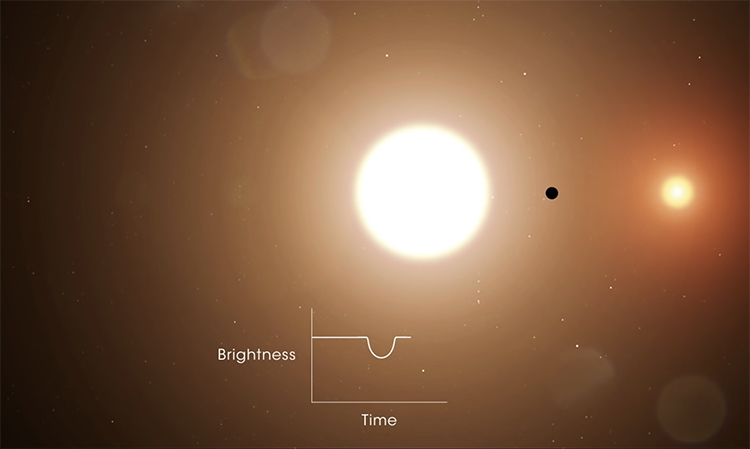 An illustration of a light “blip” as the planet passes across its star. (Photo: screenshot from NASA GODDARD) 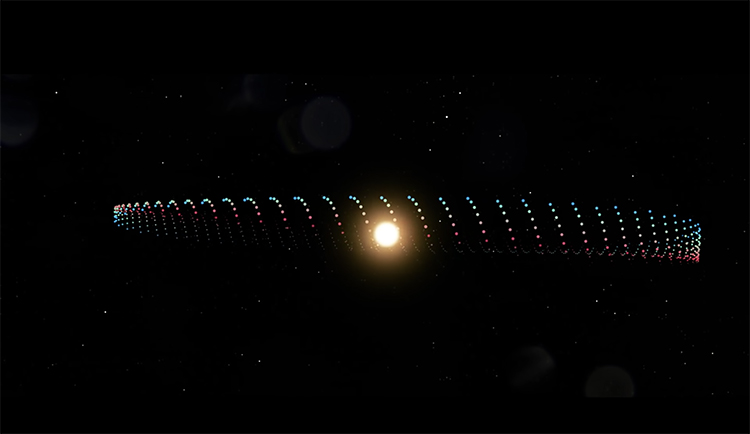