Adorable Italian Zonkey is Half Zebra, Half Donkey 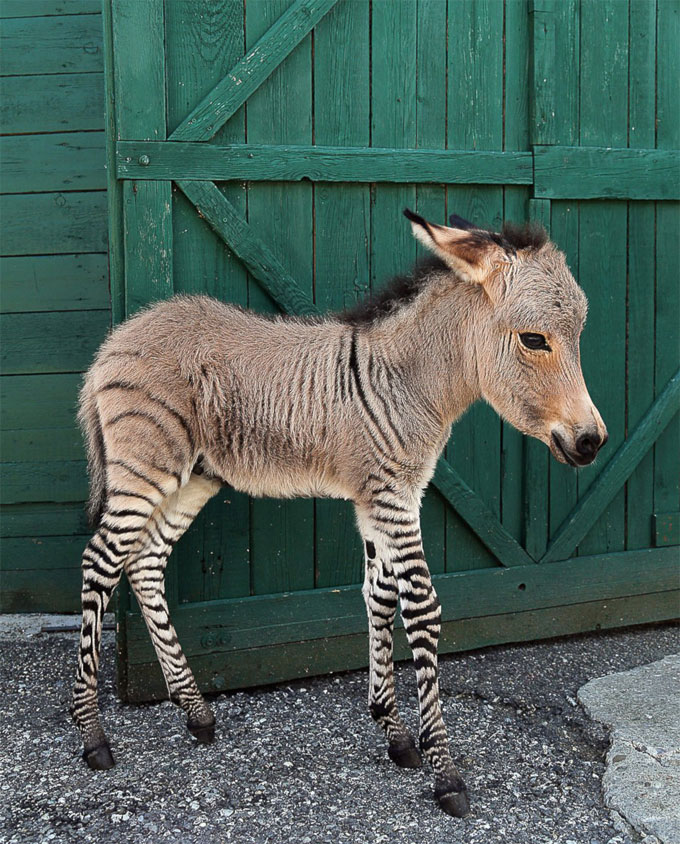 About four months ago, an adorable half-zebra, half-donkey was born in Italy named Ippo. The rare crossbreed, known as a zonkey, is the offspring of a male zebra and female donkey. There are a variety of zebroids (a hybrid of zebra and any other member of the horse family) in the world, though Ippo's case is a rare one. In fact, she is the only zonkey in all of Italy.

Though it is often a successful pregnancy that births a healthy zonkey baby, zebra and donkey matings are few and far between. As the story goes for Ippo's parents, they met at an animal reserve in Florence when one day Martin the zebra jumped the fence and crossed over to the endangered donkey of Amiata area and mated with Giada the donkey. Twelve months later, Giada gave birth to the adorable Ippo!

Zebroids like Ippo carry traits (physical and personality-wise) from both parents. Based on the handful of zonkies in the world, these rare creatures tend to have the overall look of a donkey with the striped legs and wild nature of a zebra. They are also usually infertile due to an odd number of chromosomes disrupting a key process in reproduction. It's still unclear as to whether Ippo will be able to bear offspring, but she can live a healthy and full life, nonetheless. 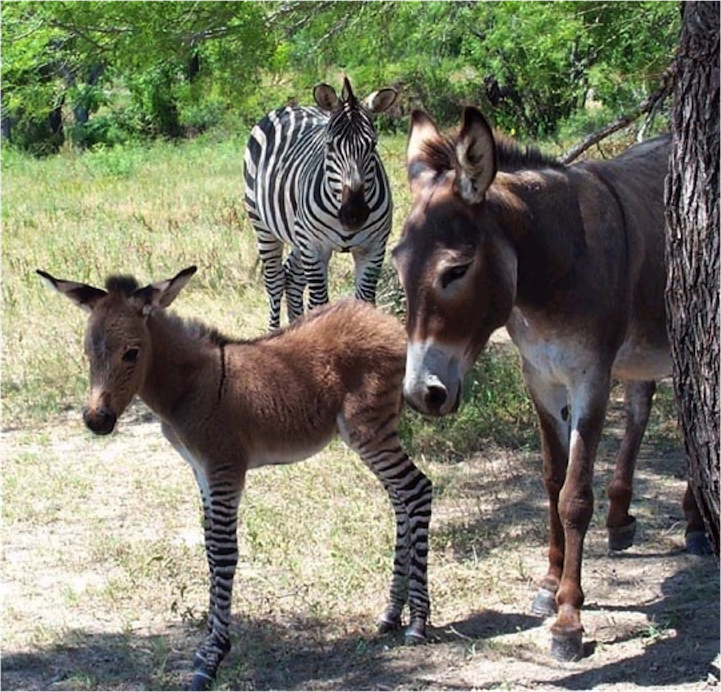 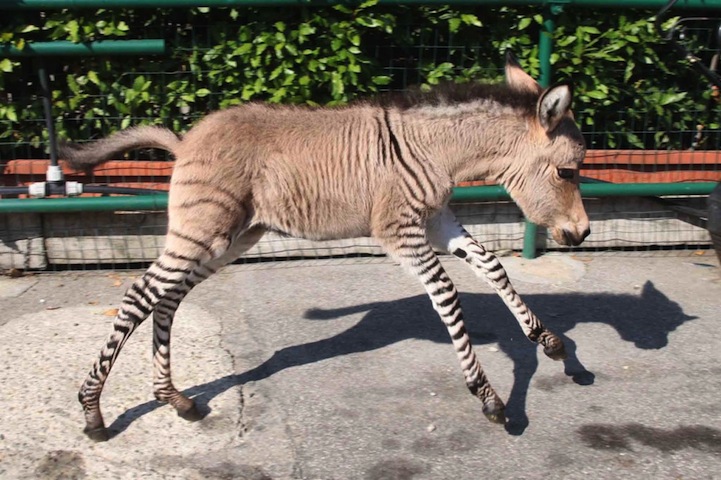 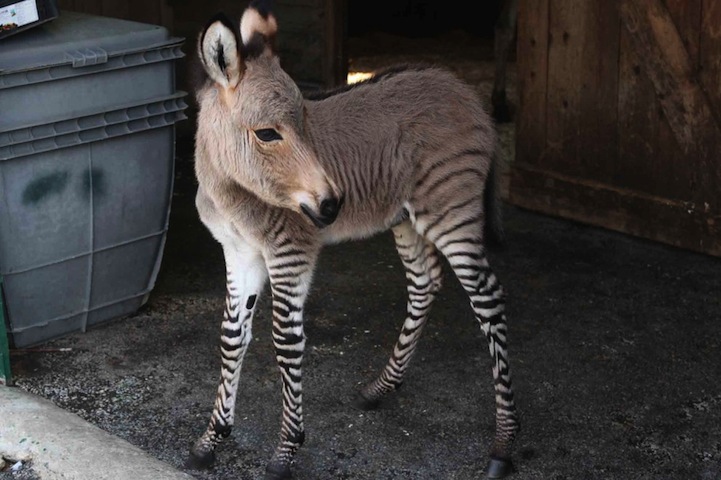 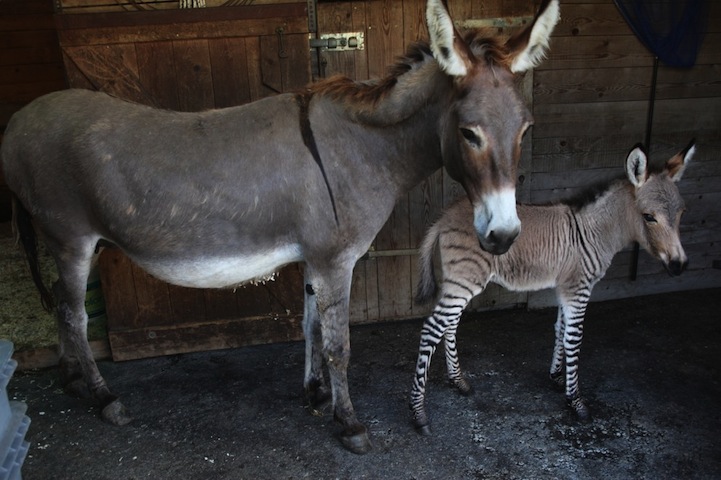 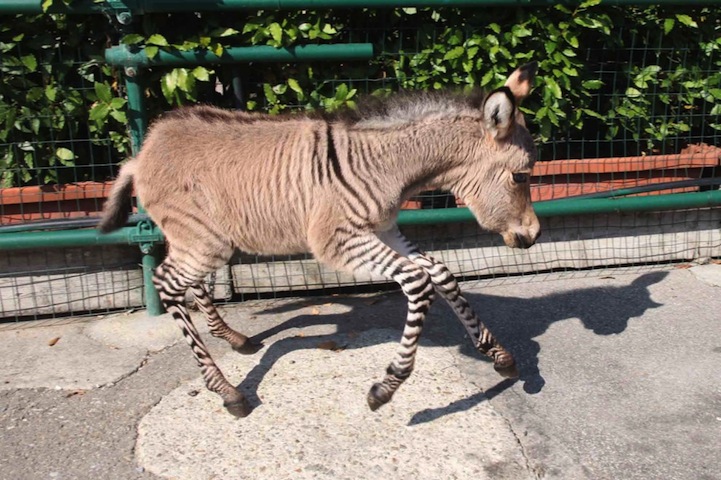 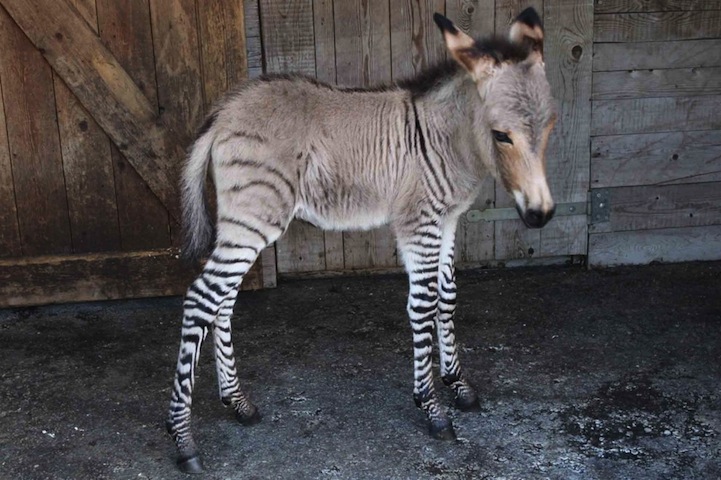 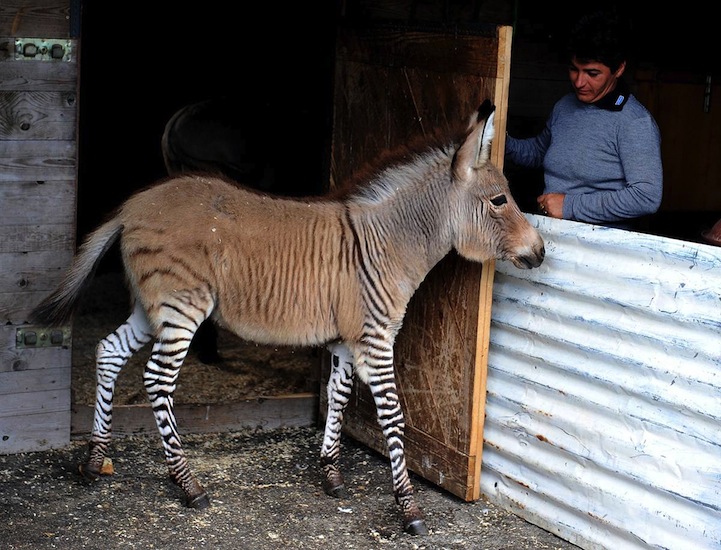