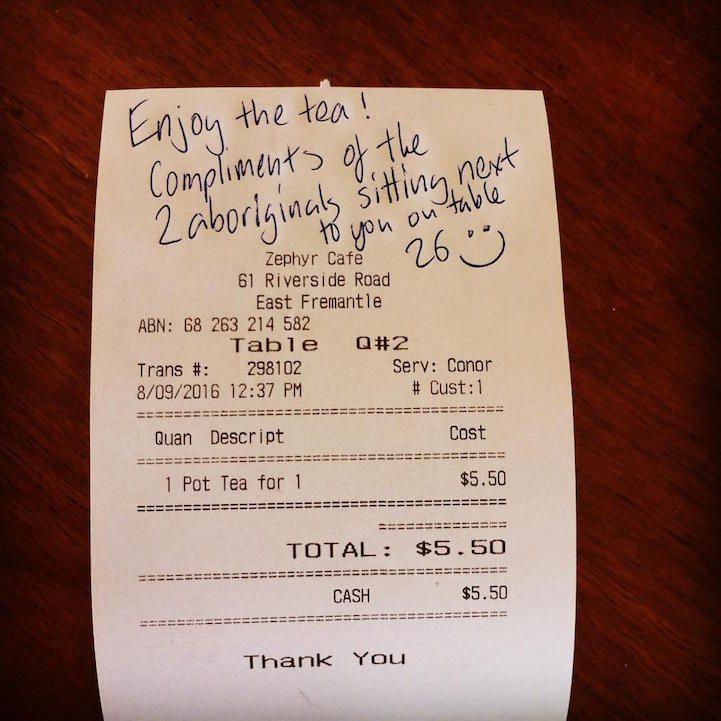 At the Democratic National Convention this past July, First Lady Michelle Obama offered some sage words of wisdom: “When they go low, we go high.” The idea behind her simple yet powerful words is not to stoop to someone’s level if they act cruel—instead, take the high road. Perth resident Jarred Wall recently exemplified this sentiment while eating lunch at a café and overheard a distasteful conversation—to say the least—from a nearby table.

Wall took to Instagram to share his encounter, with this to say: “Food was great but to our misfortune we inadvertently heard two elderly ladies, seated next to us, chatting about aboriginals. The conversation was less than distasteful with words like assimilation thrown around willy nilly.” Their racist conversation rightfully offended him, but he thought better than to retaliate with hate. “I could have unleashed a tirade of abuse but that wouldn't have helped,” he admitted.

Wall, who is of aboriginal descent—his family is Wardandi and Bibbulmun people from southwest Australia—chose to “go high” to do something unexpected. He bought the women a pot of tea and left a note on the receipt, which read: “Enjoy the tea! Compliments of the 2 aboriginals [sic] sitting next to you on table 26.”

“Maybe these ladies will be a little wiser and think before they speak. Hopefully there won't be a next time!” he wrote. Whether his gesture was thoughtfully received remains to be seen, but it shows that there are alternative ways to engage those who have negative things to say. 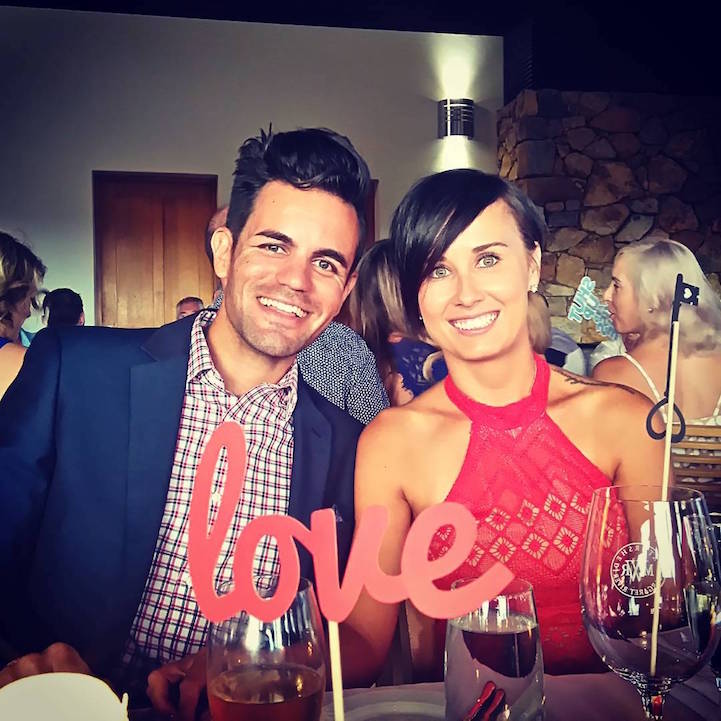 Wall, on the left, pictured with his fiancée. 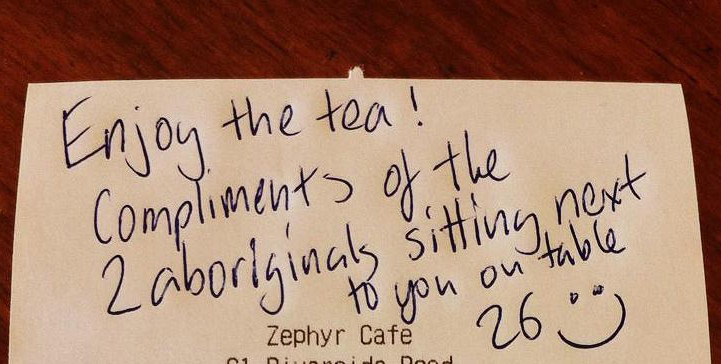