Colorful Shadow Figures Reveal the Superhero within Every Child’s Imagination 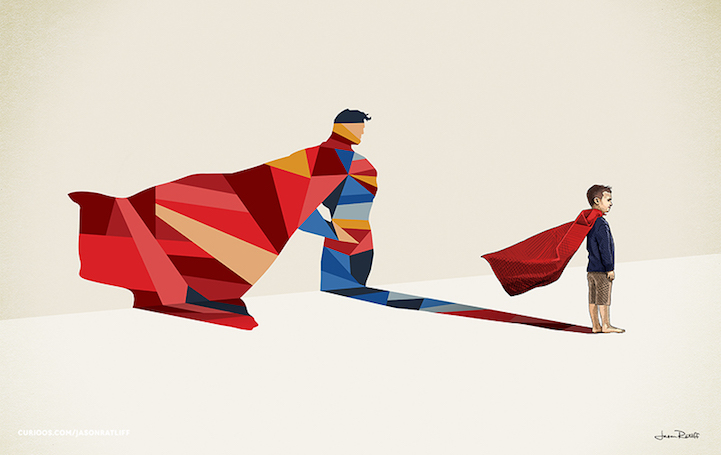 Artist Jason Ratliff illustrates the power of imagination through something as simple as a shadow. His whimsical works feature children posing, as their exaggerated silhouettes take on the fantastical appearance of superheroes like Batman, Ironman, and Spider-Man. These fictional characters, created in a colorful and low-poly style, represent dreams and goals. “It's about how a kid can be anything they want to be,” Ratliff says of his aptly-titled series, Super Shadows.

Originally, the artist had created a single piece titled Hero, which depicts a young boy casting a sturdy “Superman” shadow. Without any real intention of expanding on the series, the incredibly positive response this one illustration received encouraged Ratliff to create an entire collection around the interpretive idea of children with lager than life aspirations.

Ratliff is currently selling his Super Shadows series through the online shop Curioos. 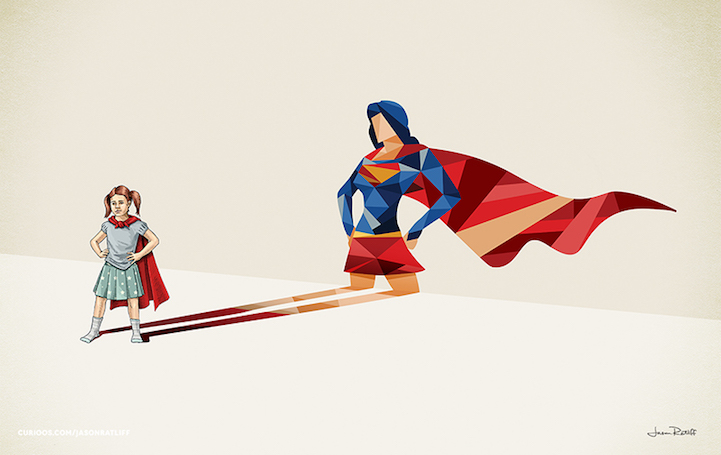 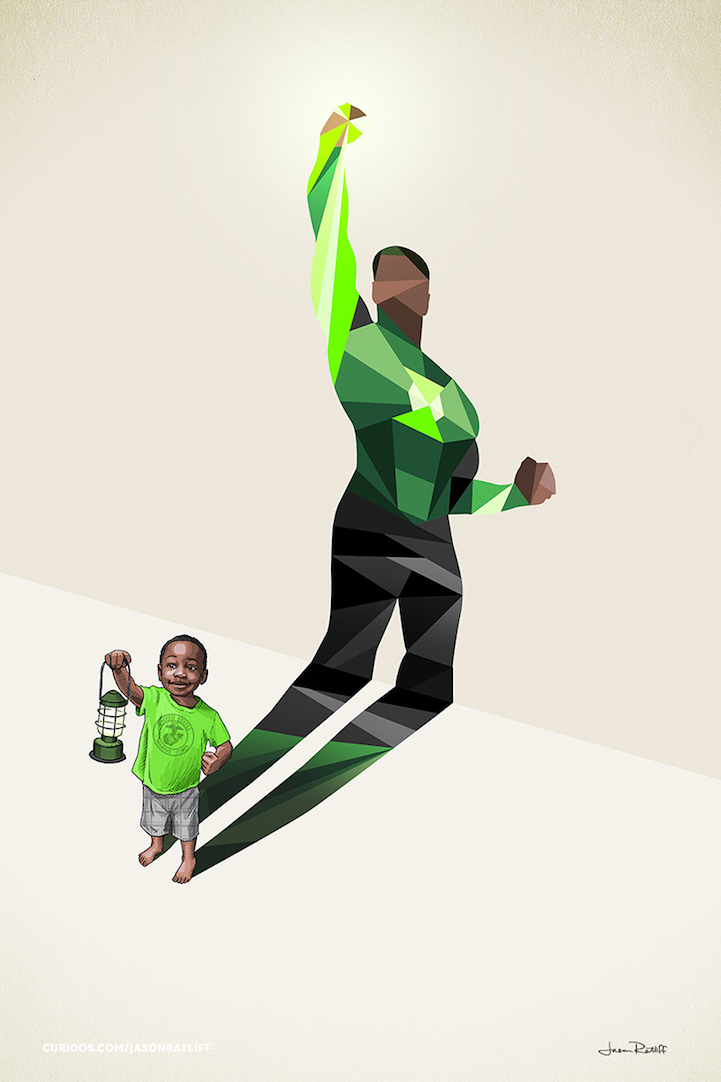 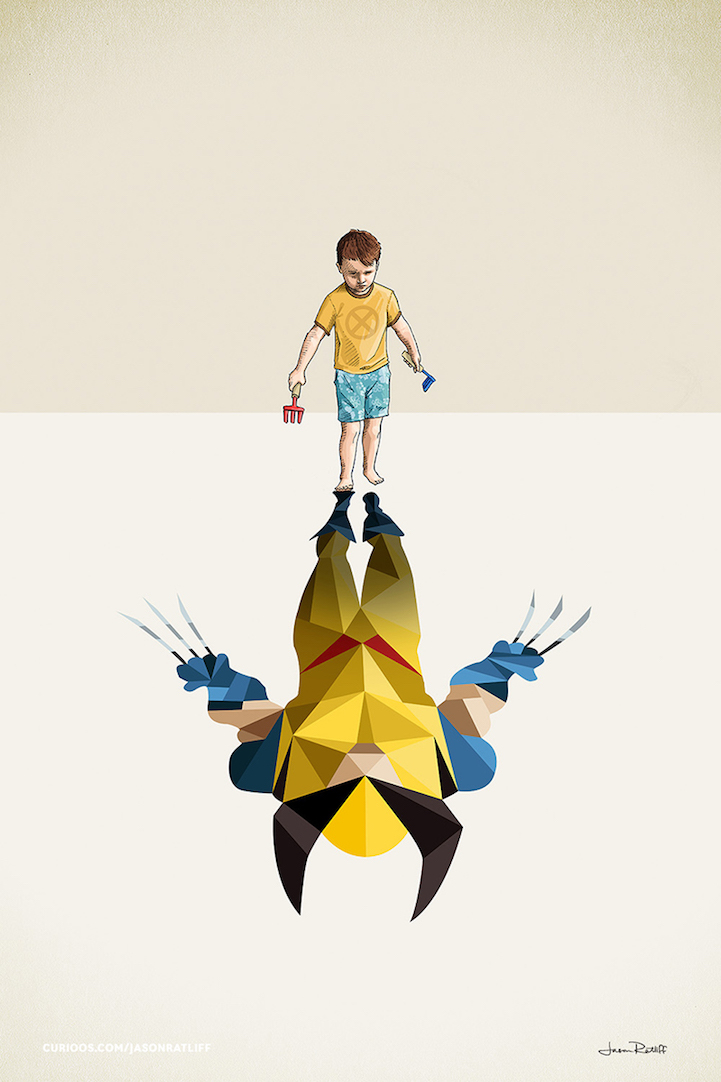 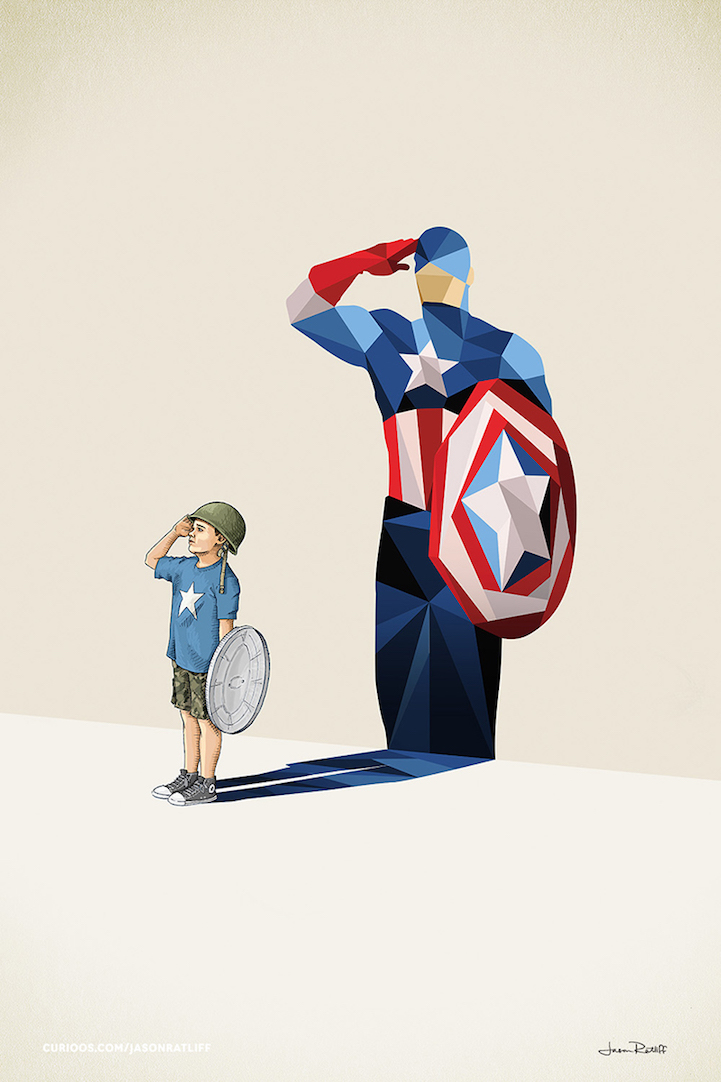 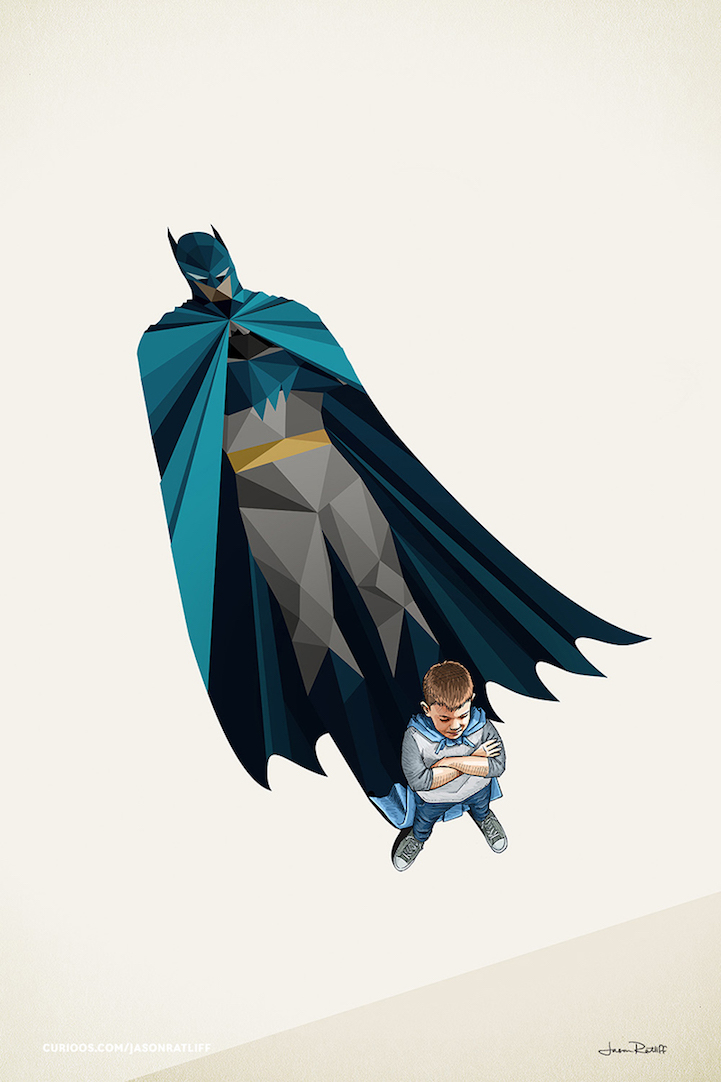 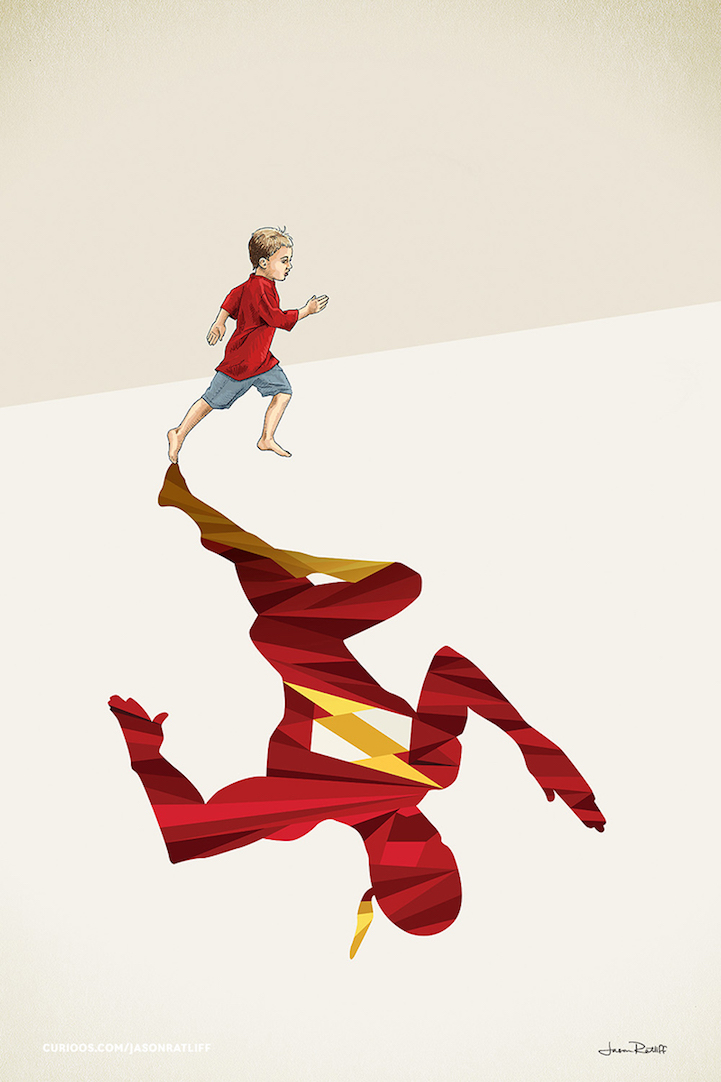 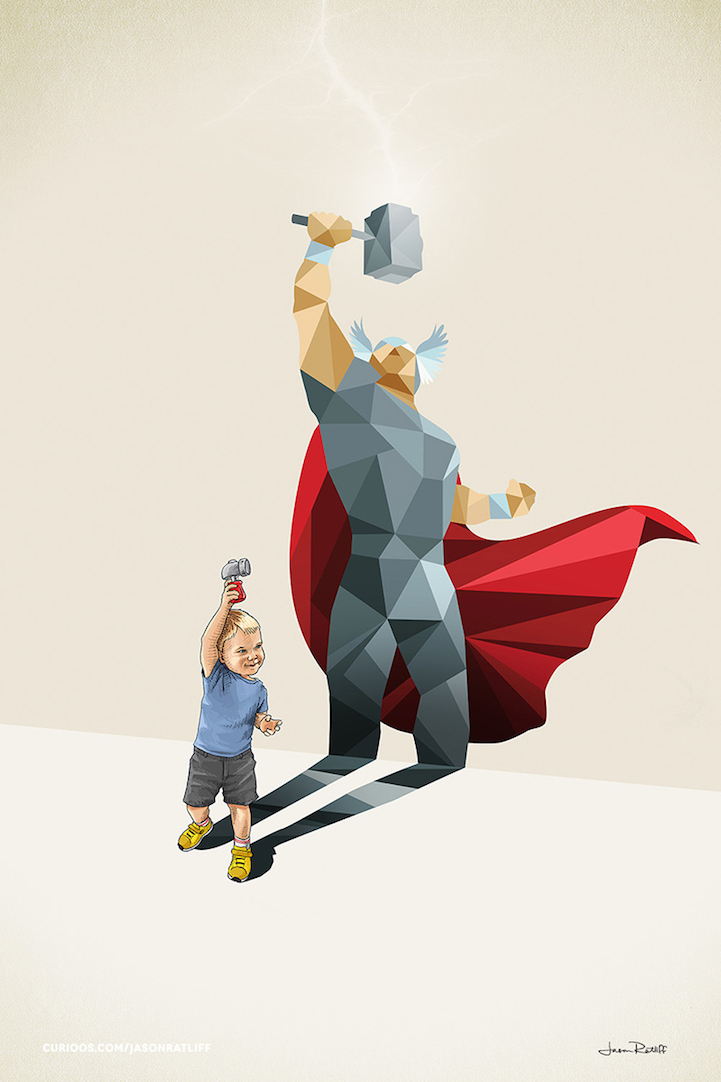 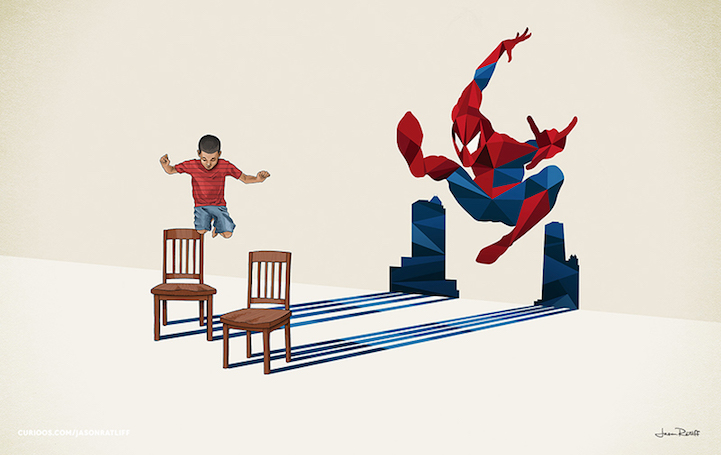 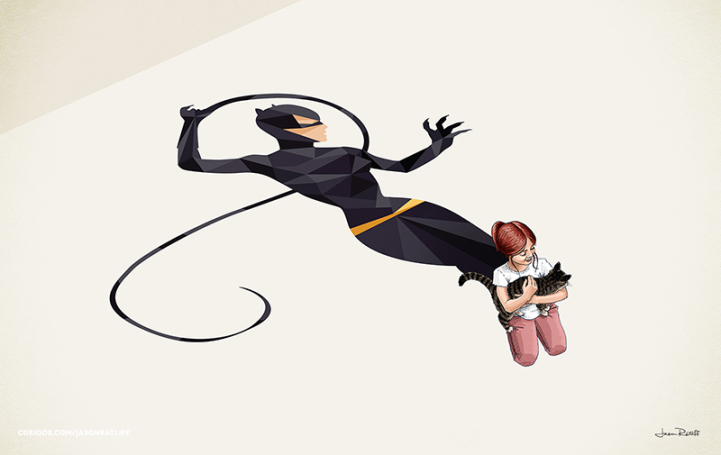 My Modern Met granted permission to use images by Clment Delangue.