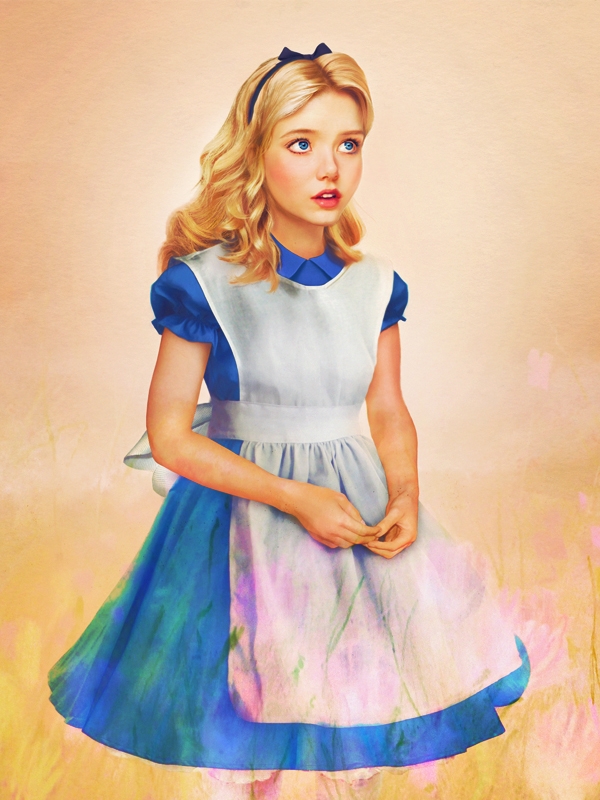 Helsinki-based artist Jirka Vtinen's Real Life Disney Girls series presents a composite image of what an iconic female character from a Disney animation would look like in real life. Vtinen's mixed media process involves collecting several images of celebrities and random beautiful women on the internet and digitally assembling them. He blends different features together and even adds his own skillful hand at digital painting to create a realistic portrayal of his chosen cartoon character.

The Finnish digital illustrator's personal project first caught our eye in 2011 with his wonderfully life-like renditions of Disney princesses, including Ariel from The Little Mermaid and Jasmine from Aladdin, but has since expanded his collection to include Alice from Alice in Wonderland, Jane from Tarzan, and Tinkerbell from Peter Pan. These are in addition to characters like Cinderella, Snow White, Tiana, and Rapunzel who are actually princesses in the traditional sense. 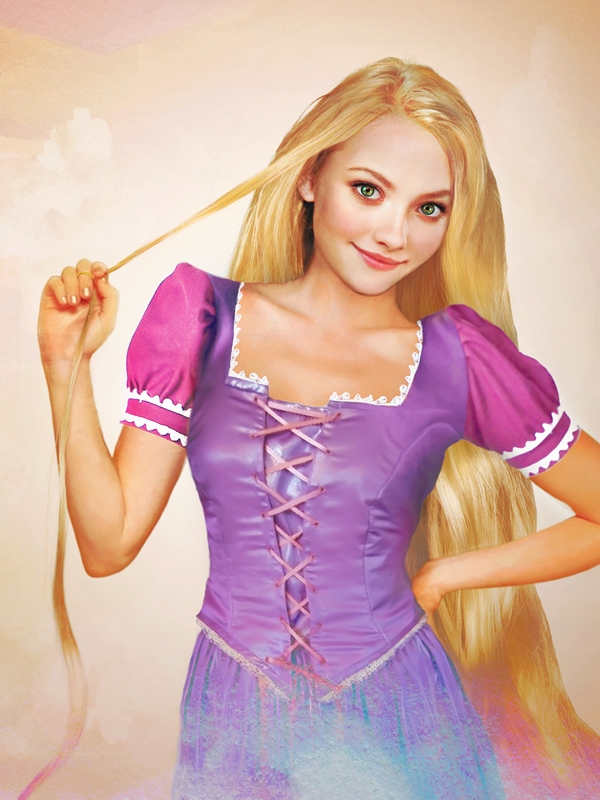 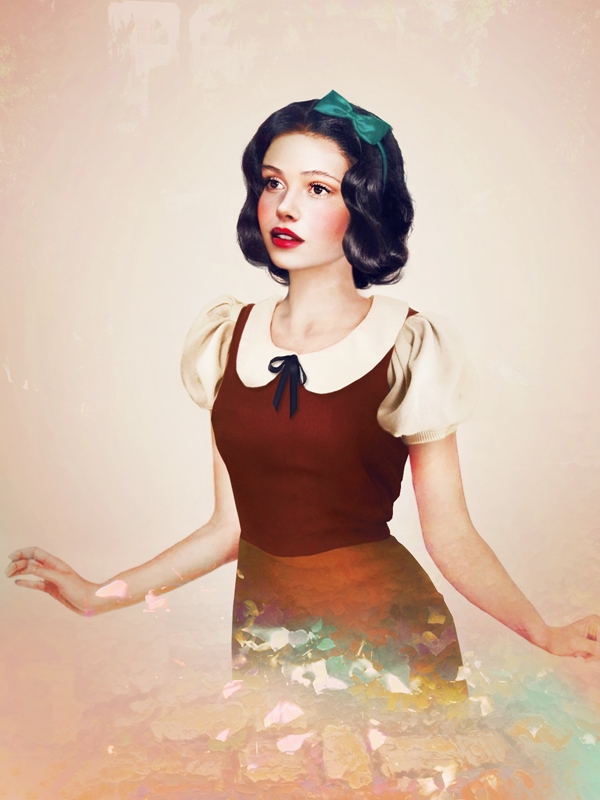 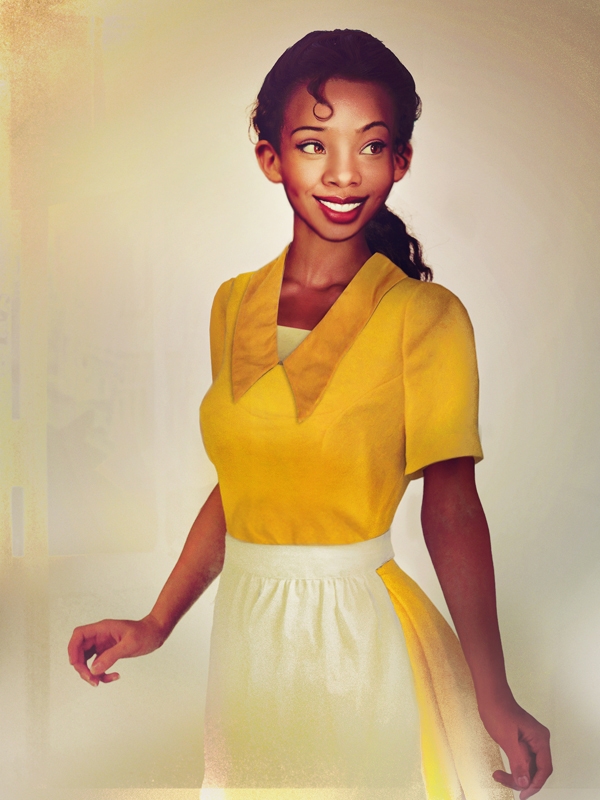 Tiana (The Princess and the Frog) 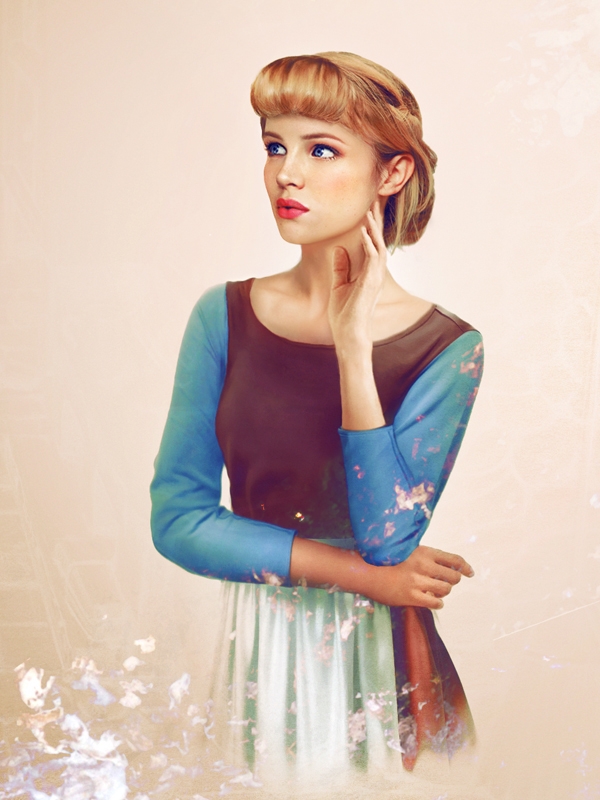 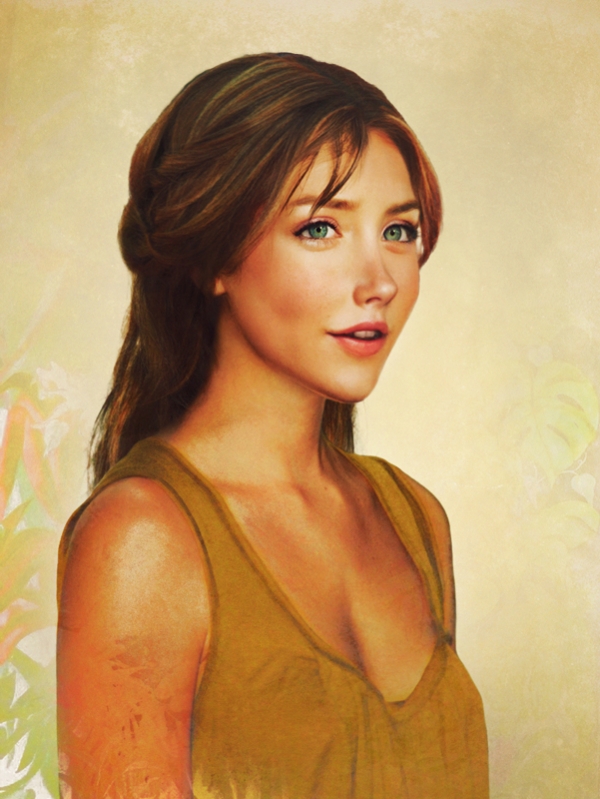 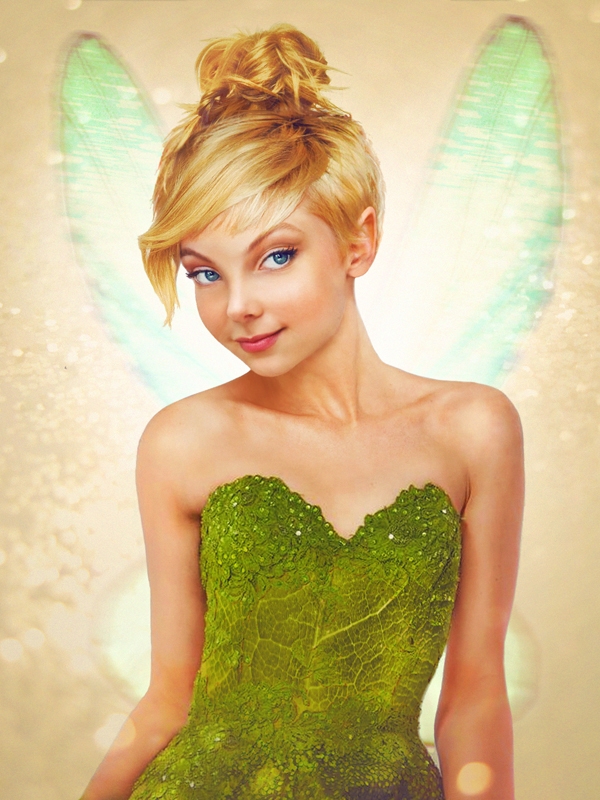