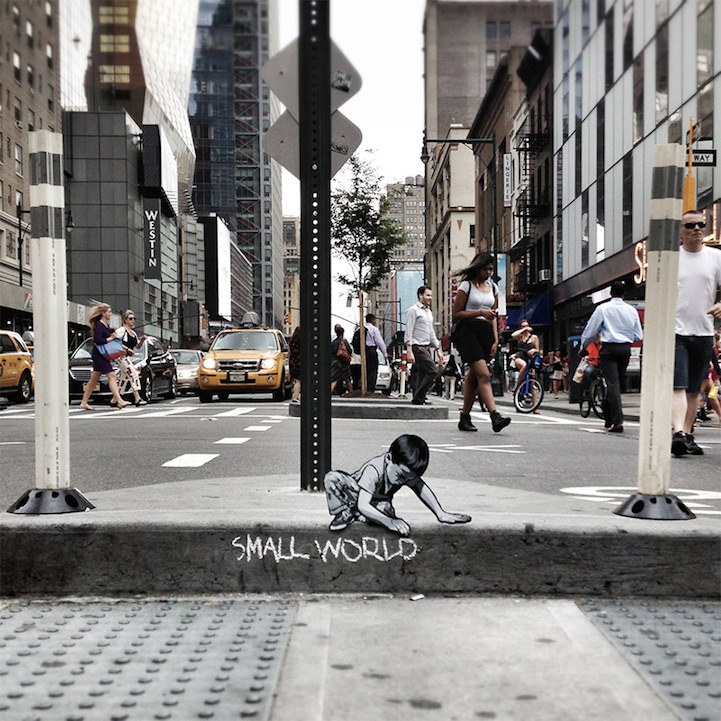 New Jersey-based street artist Joe Iurato proves that bigger isn't always better with his fantastic series of small wooden figures that are cut out and painted to resemble little people. The miniature sculptures are carefully placed in public places such as busy intersections, street lamps, and the sides of buildings. Sharp-eyed passersby can spot fun scenes of the tiny adventurers interacting with the world around them, whether they're skateboarding over a soda can, fishing in a puddle, or climbing a brick wall.

In an interview with Brooklyn Street Art, Iurato says, “One of the elements that I love about doing these smaller pieces is the surprise factor. You might see it. You might not. If you do, though, it's not something that grabbed you from across the street like a massive 40′ mural would. Chances are you caught it from the corner of your eye just a few feet away, and the connection made is intimate.”

For the artist, the small installations are all intimate in that they relay personal stories from stages of his life. “From break dancing to skateboarding to rock climbing to becoming a father, all of these things have helped define my character,” Iurato says. Some of the figures even create their own street art in the form of slogans written in chalk, a playful reference to the figures' own status as works of street art. 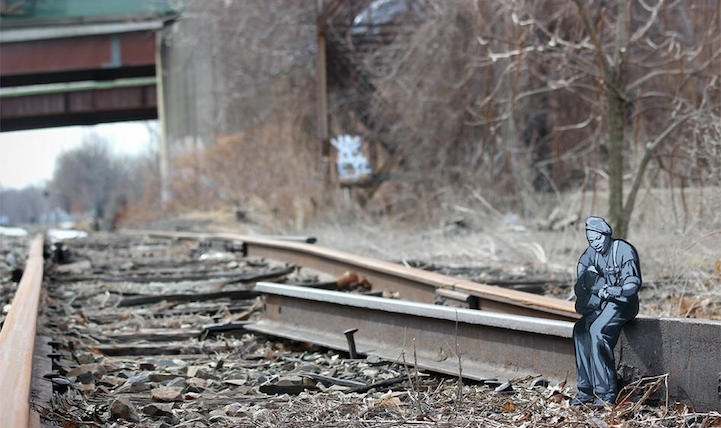 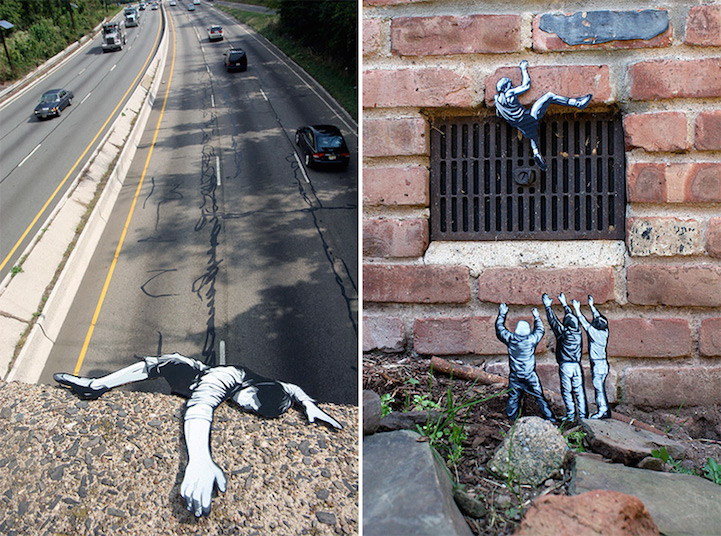 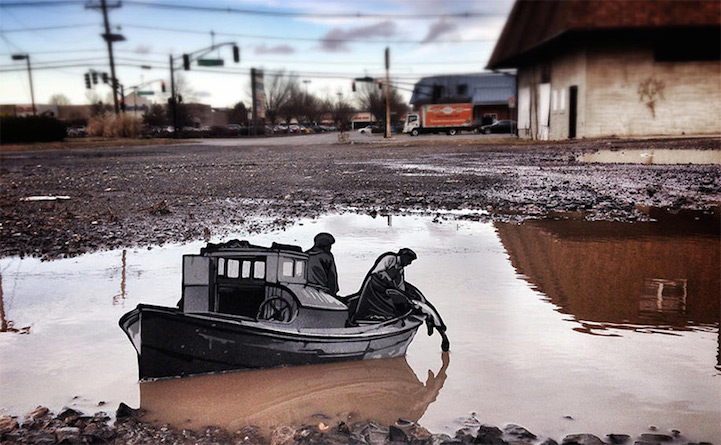 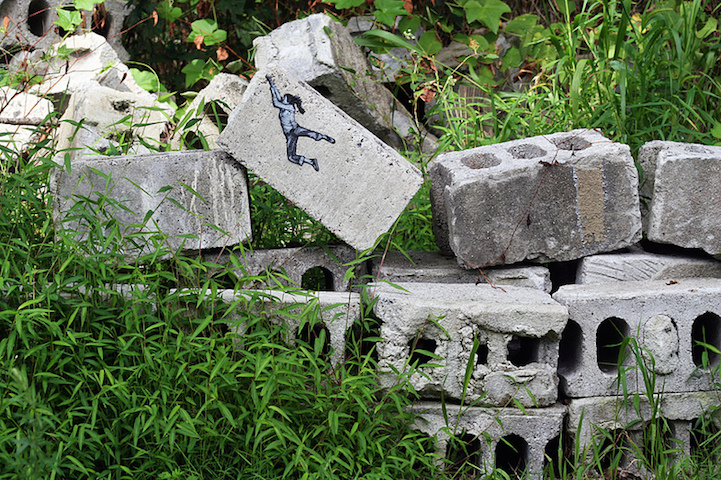 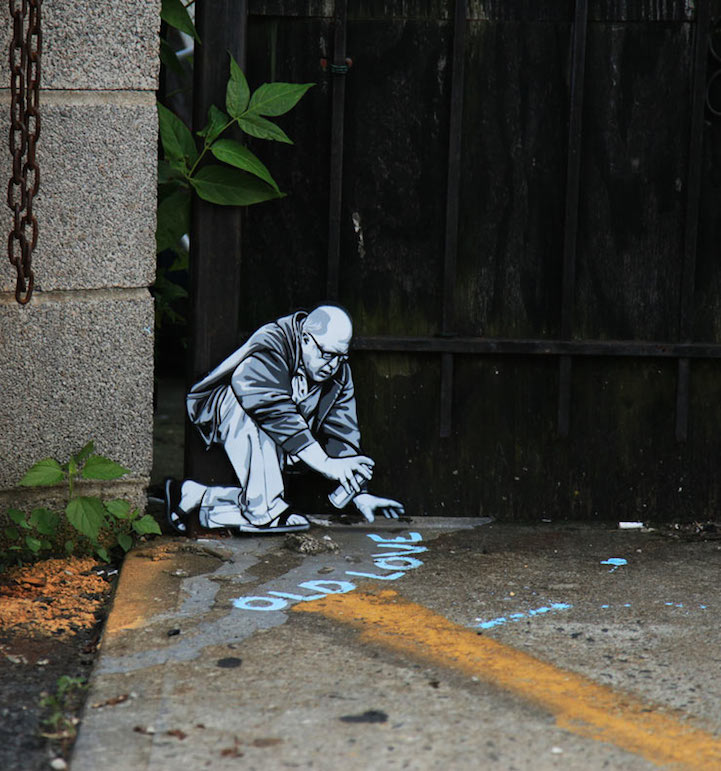 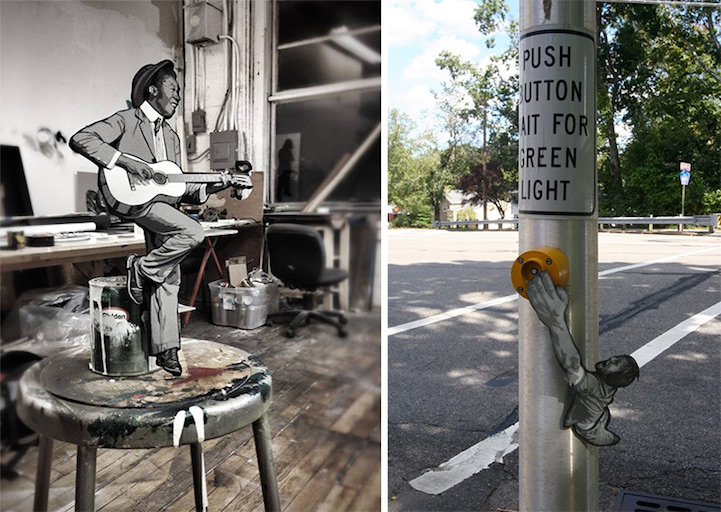 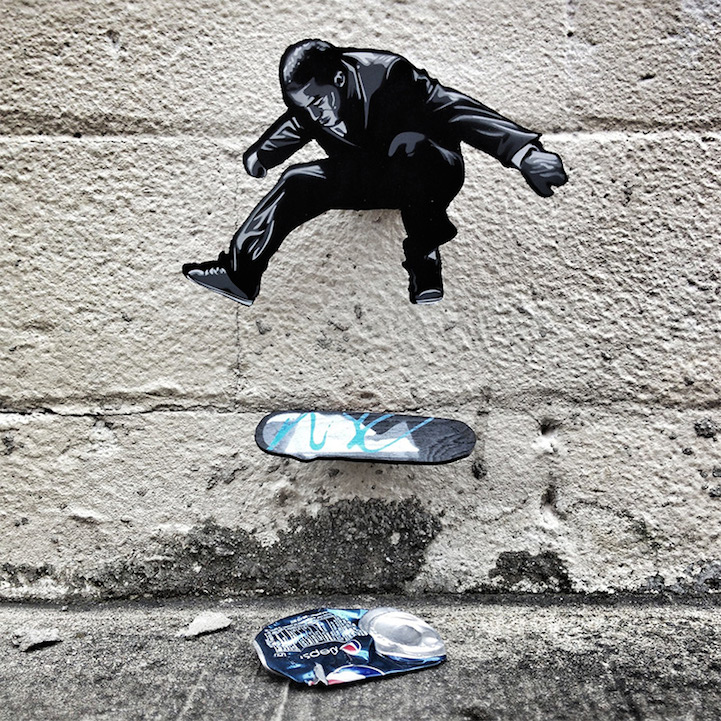 Joe Iurato Website
via [unicorn meat is too mainstream]