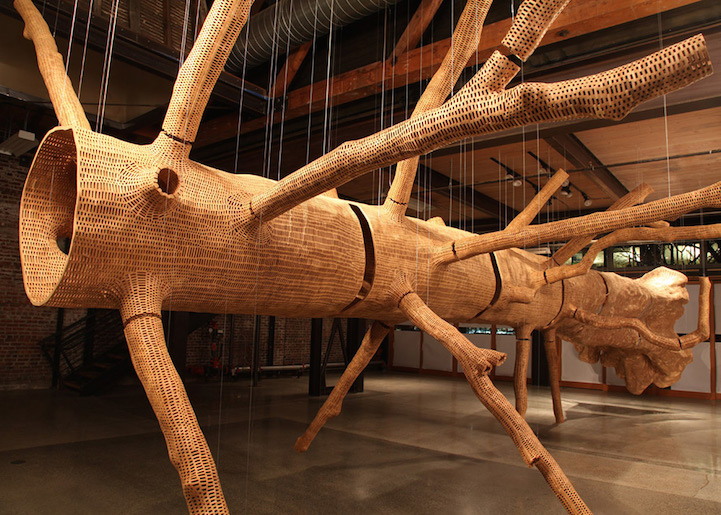 Artist John Grade, along with the help of hundreds of volunteers, created a sculpture casted from a 140-year-old Western Hemlock tree growing in North Bend, Washington. The massive piece is titled Middle Fork, and it features an intricate latticework that's comprised of hundreds of thousands of cedar blocks.

Grade's beautiful and impressive undertaking began a year ago. First, he and a small crew formed the mold by traversing the height of the tree, wrapping it in foil and later plaster. The hardened shell was then broken into sections, carefully lowered, and transported to the workspace at MadArt in Seattle. Over the next 12 months, hundreds of volunteers formed the structure using the individually-shaped blocks. All of the rough edges were then sanded down into the smooth form we see here. The final thickness of the sculpture corresponds to the tree's annual growth ring.

Middle Fork is now suspended in the new MadArt space in Seattle, where it will be on view through April 25. Afterwards, it will tour other galleries and art fairs around the United States. In two years, the piece will be deconstructed, and the cedar blocks will return to the base of the living tree whose form was used for the project. They'll decay into the rich ground and return back to the Earth. 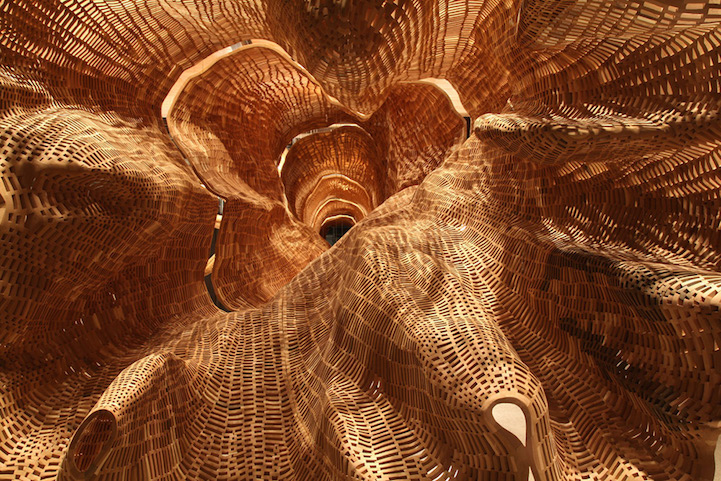 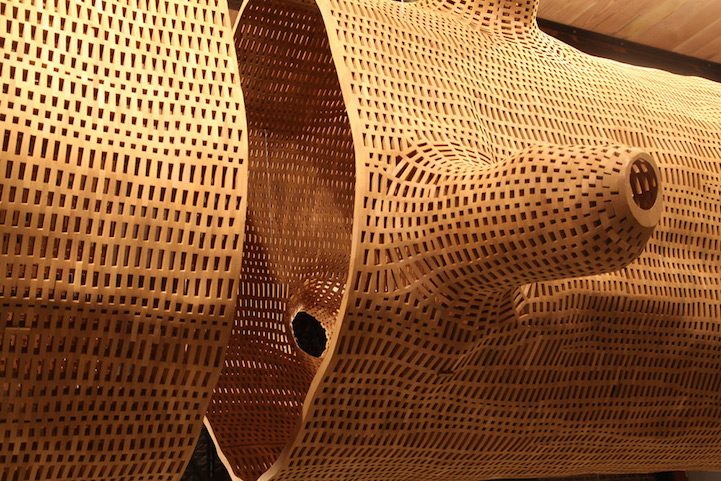 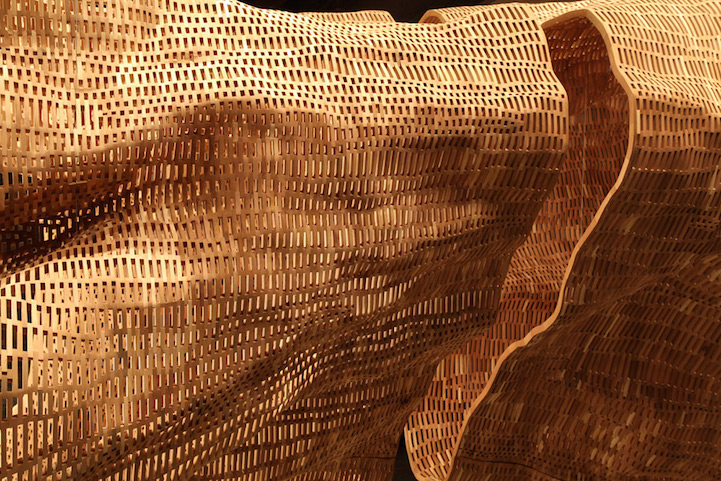 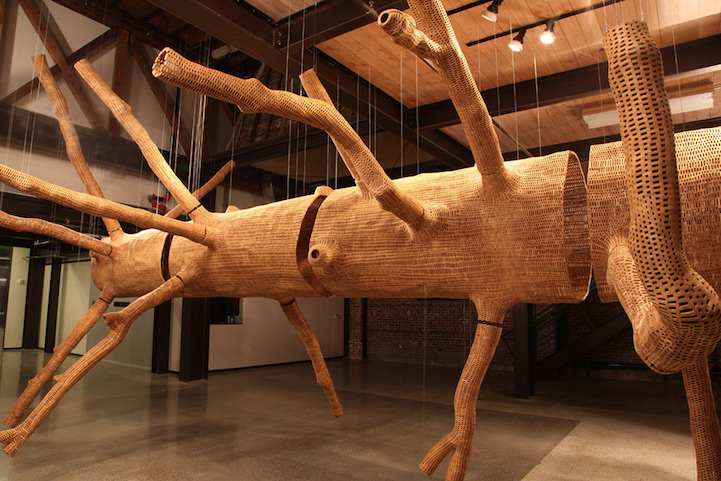 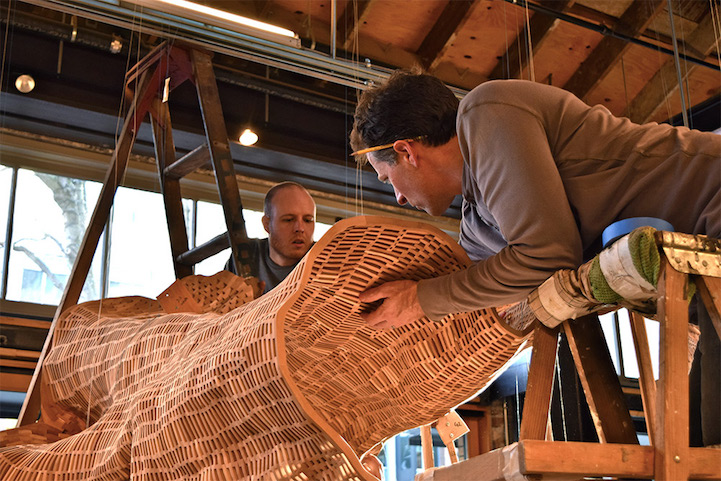 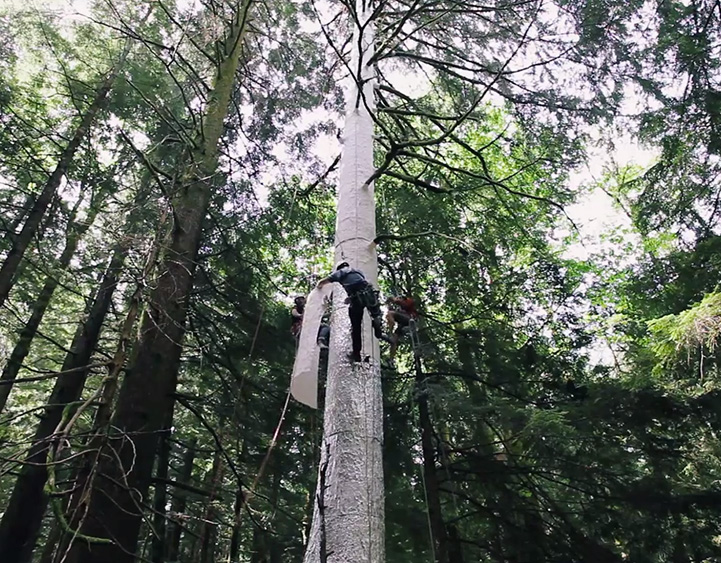 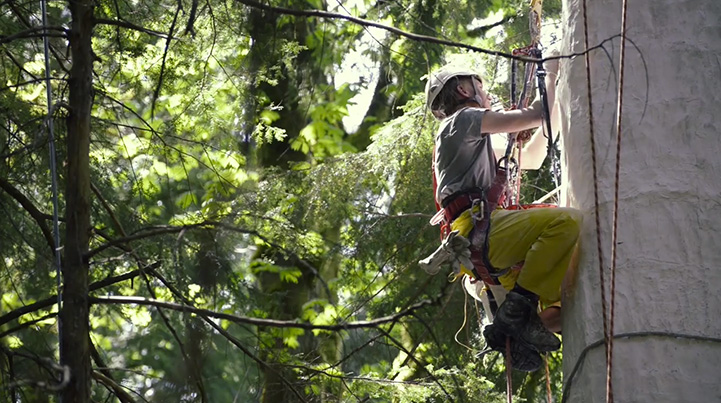 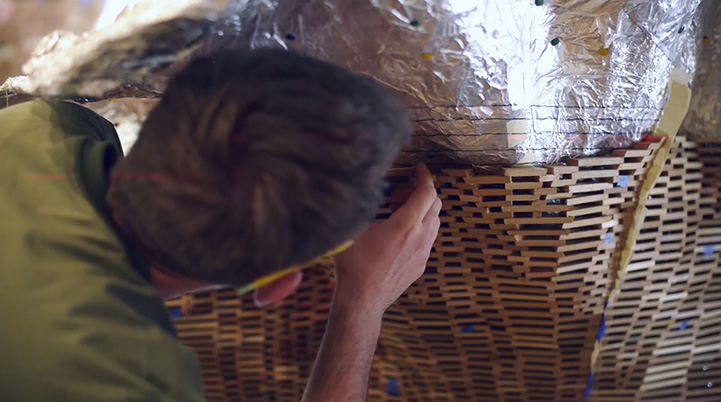