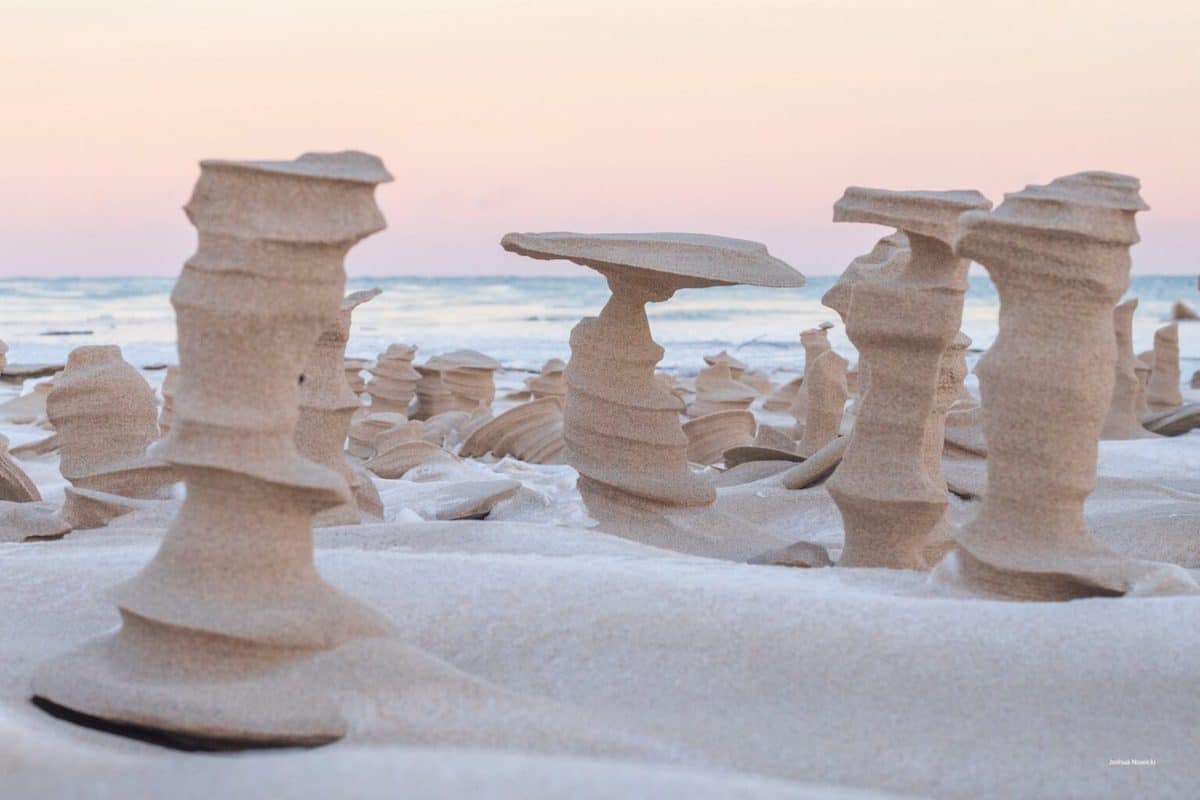 Nature can be its own artist, and photographers are the ones who help chronicle these amazing creations before they disappear. Joshua Nowicki did just this after a particularly chilly weekend in St. Joseph, Michigan. Powerful winds acted as a sculptor and transformed the landscape of Tiscornia Park Beach into a surreal otherworld where small pedestals arose from the icy terrain. The photographer snapped portraits of the unusual sight against the backdrop of crashing waves and a pink gradient sky.

“The sand formations (some people liken them to hoodoos) caused by wind erosion of the beach can occur at any time of the year (though it is rare) if there is wet sand and sustained high winds for several days,” Nowicki explains to My Modern Met. “However, they only get bigger than a couple of inches when the sand is frozen (from rain, melted snow, spray from crashing waves).”

The sand structures seen in these photos represent some of the tallest ones that Nowicki has ever photographed; the largest is about 15 inches tall. “To photograph them, I laid down on the beach and used a 20mm lens or a 135mm lens,” he shares. Time was of the essence. “They do not last very long (usually only a couple of days), the wind completely erodes them or knocks them down. If the temperature goes up above freezing, they crumble; and often in the winter, they soon get covered by drifting snow.”

Though fleeting, this is exactly why Nowicki likes to photograph them. “I really enjoy how different they are each shaped and how ephemeral they are. Depending on the weather they may only last a day or two. You have to be there at just the right moment to capture them with the most definition of shape.”

This isn’t the first time that the photographer has snapped pictures of the sand formations, but it did represent something different. “This year there were so many of them that the biggest challenge was trying to figure out which ones to focus on,” he says. “I tried to capture a range of the various shapes and sizes.”

As predicted, the formations didn’t last long. When Nowicki went back to the beach a few days later, he saw that they had mostly deteriorated and were shells of their former glory. 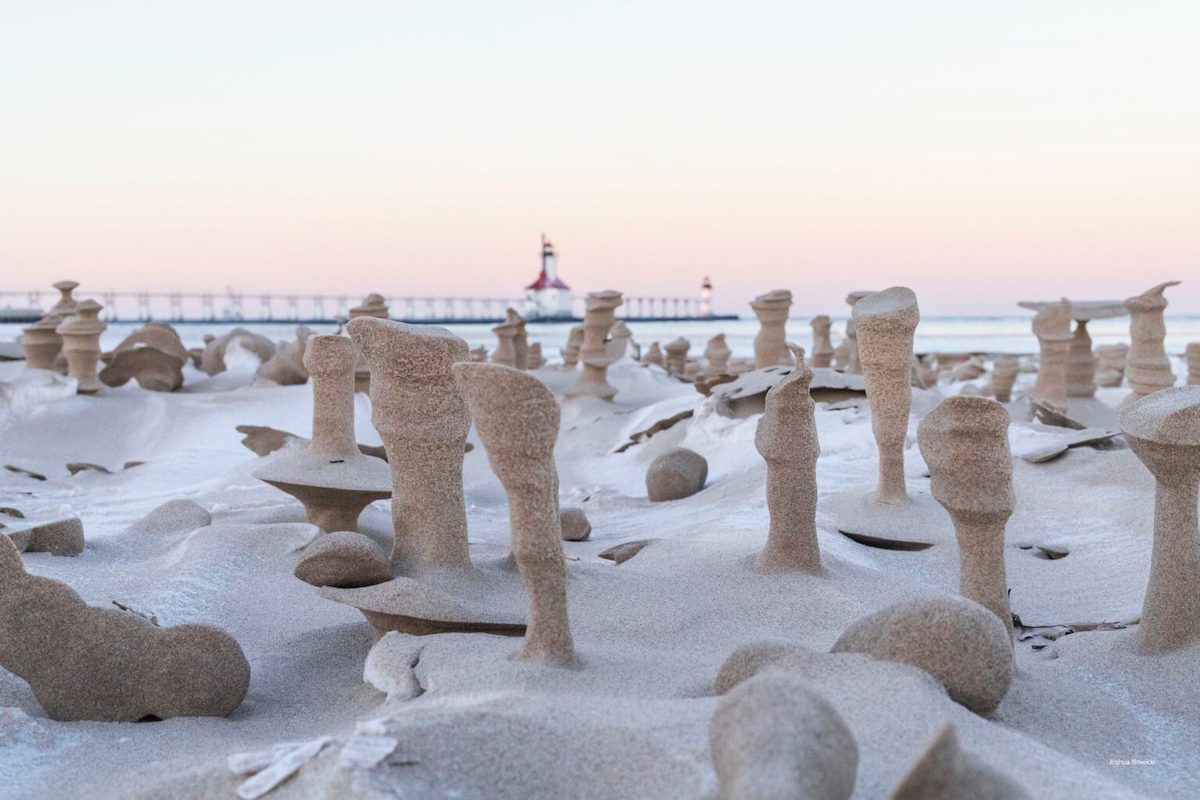 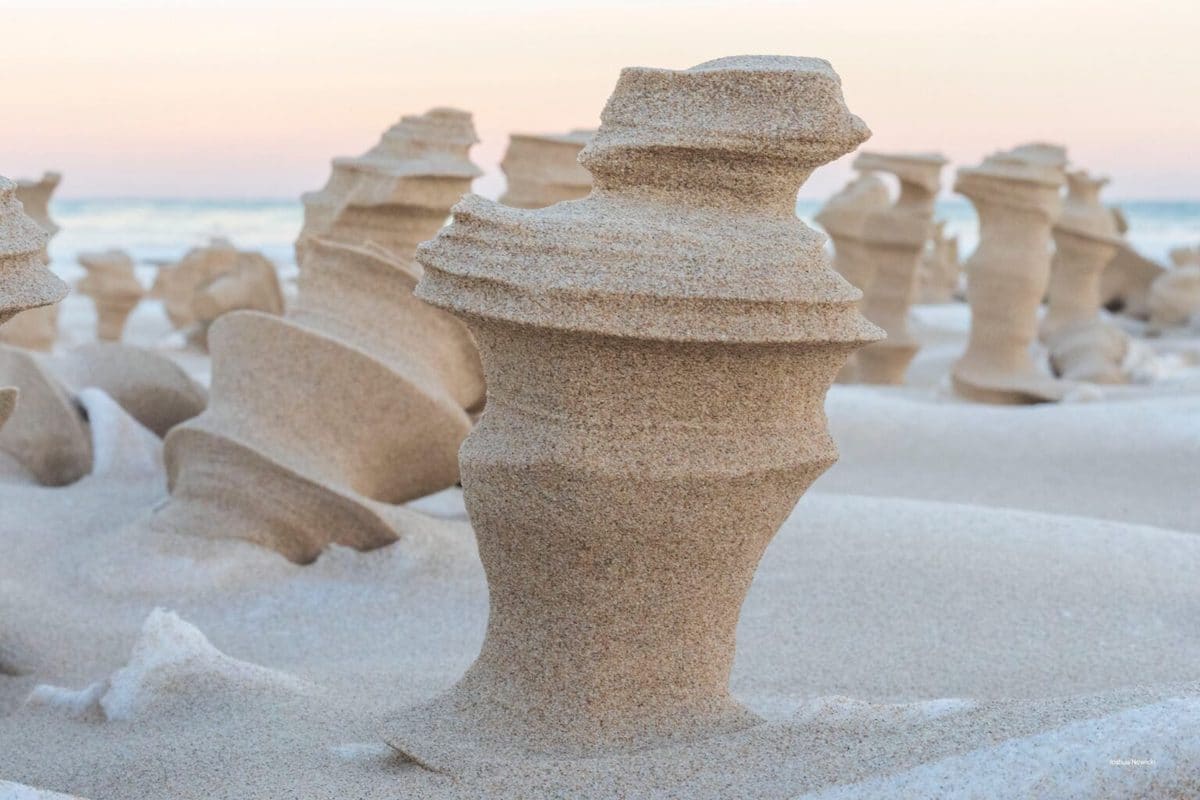 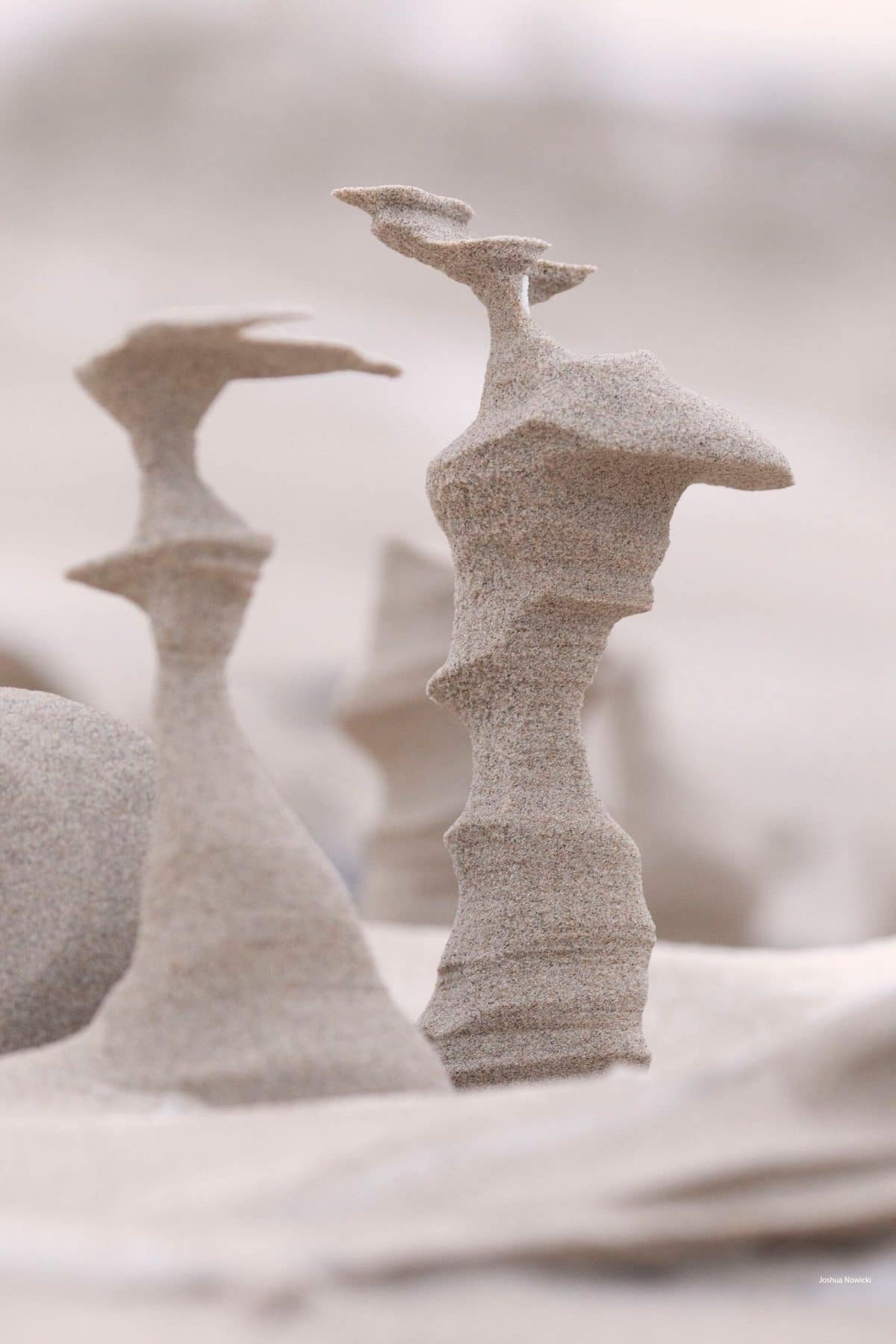 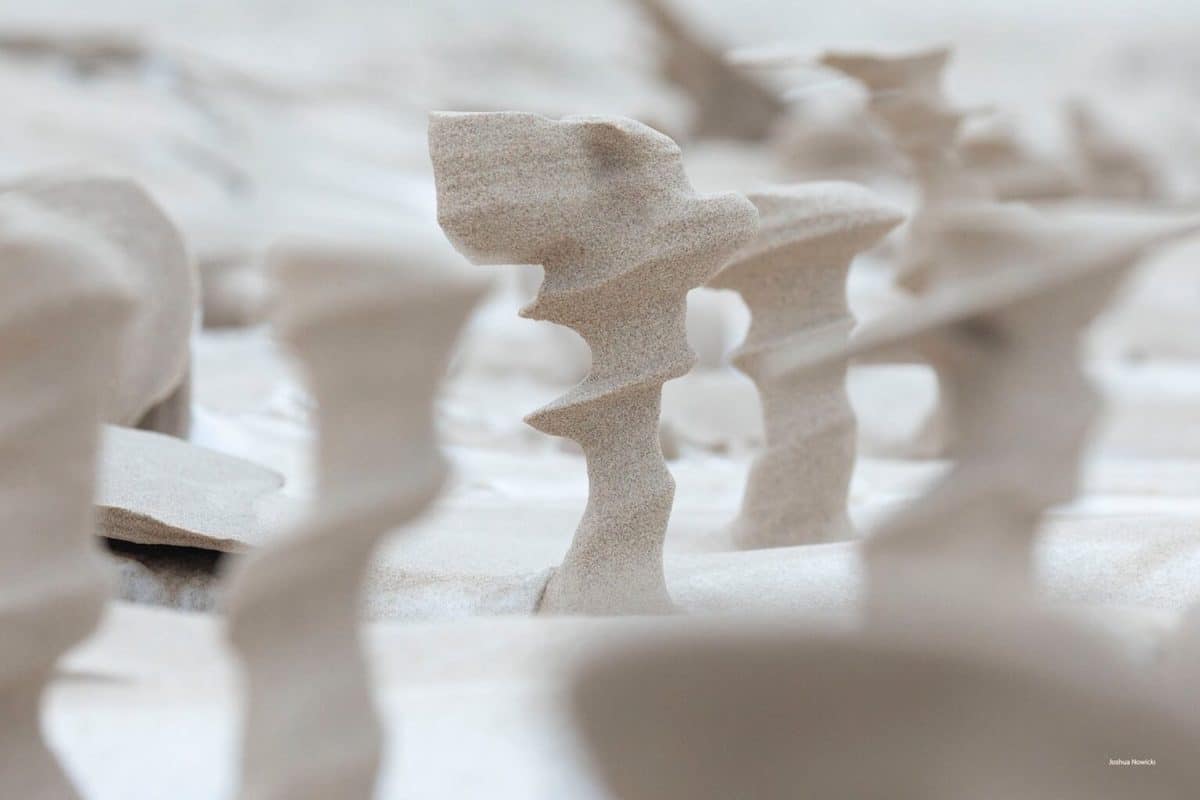 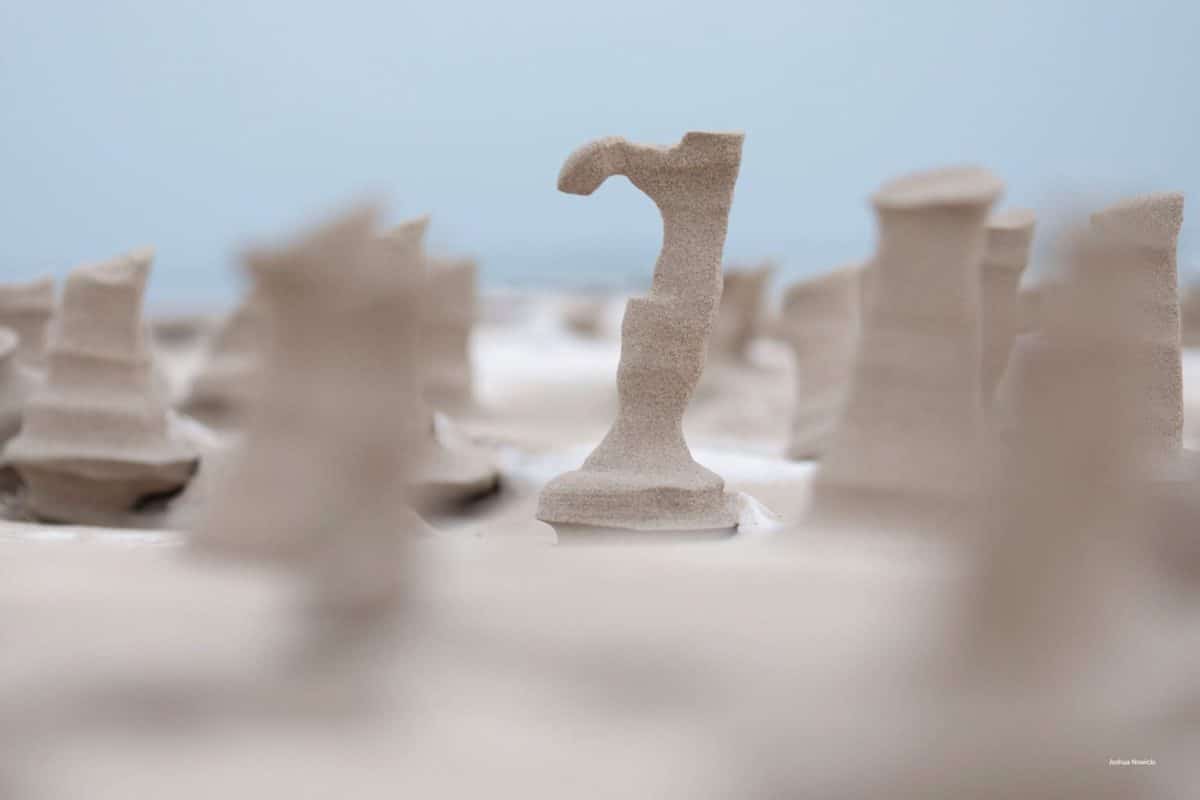 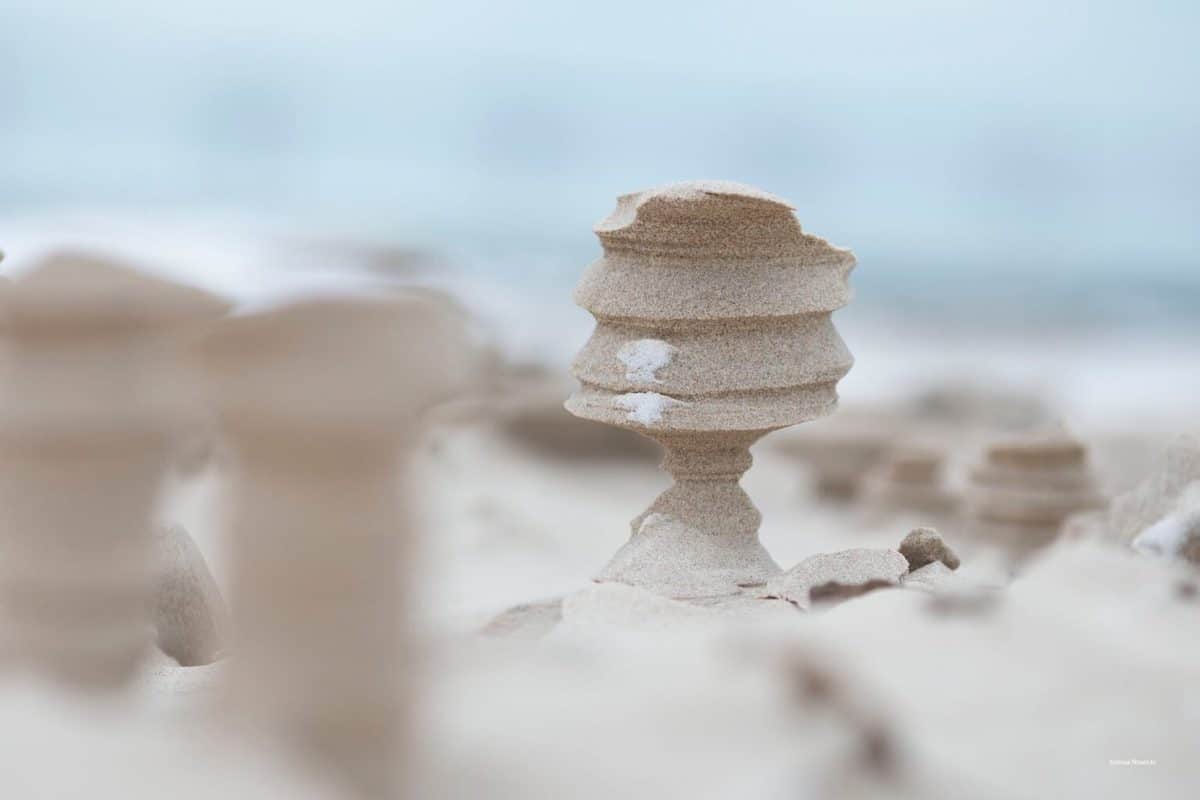 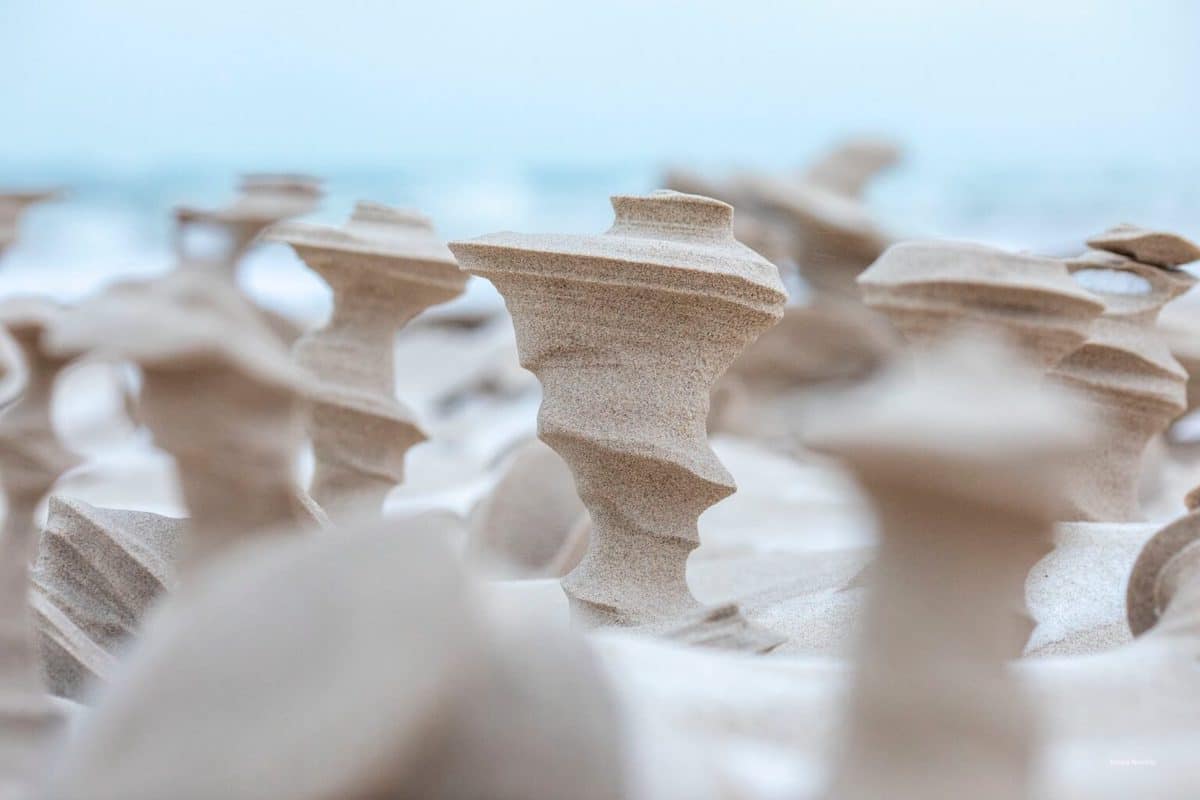 Like these otherworldly creations? Share
Like My Modern Met on Facebook
Get Our Weekly Newsletter
Become a
My Modern Met Member
As a member, you'll join us in our effort to support the arts.
Become a Member
Explore member benefits