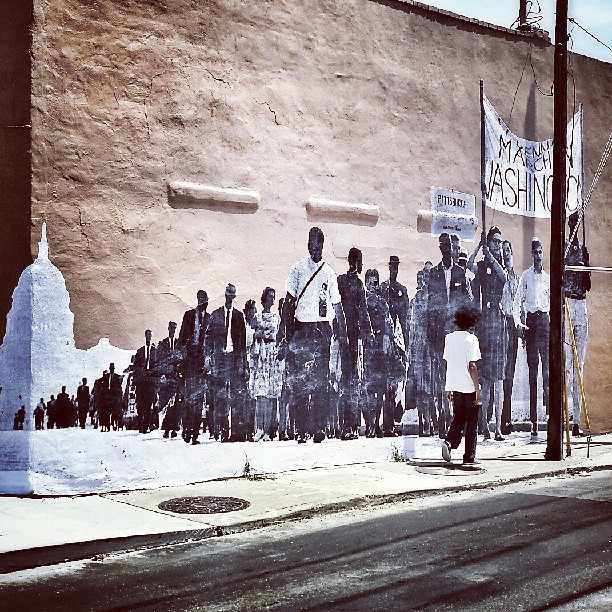 The Sweet Auburn district of Atlanta, Georgia is well-known because of one very important figure, it's where civil rights activist Martin Luther King, Jr. grew up. A few days ago, street artist JR flew into Atlanta, and made his way to the Auburn area to start prepping its walls for something monumental.

This month will mark the 50th anniversary of Martin Luther King, Jr.'s famous speech, “I Have a Dream.” Created as a call to end racism in America, the powerful speech was delivered on August 28, 1963, to over 250,000 civil rights supporters on the steps of the Lincoln Memorial in Washington D.C.

So far, JR has created three pieces dedicated to MLK, which are all part of his Unframed project, where he uses real-life archived photos, reimages them into street art, and places them in new surroundings. This one, our favorite, was a photo taken by Flip Shulke. Called Make Some Noise, it shows Pennsylvania college students joining the 1963 March on Washington, the largest civil rights protest in history. It almost seems like the crowd of people are emerging from the wall. 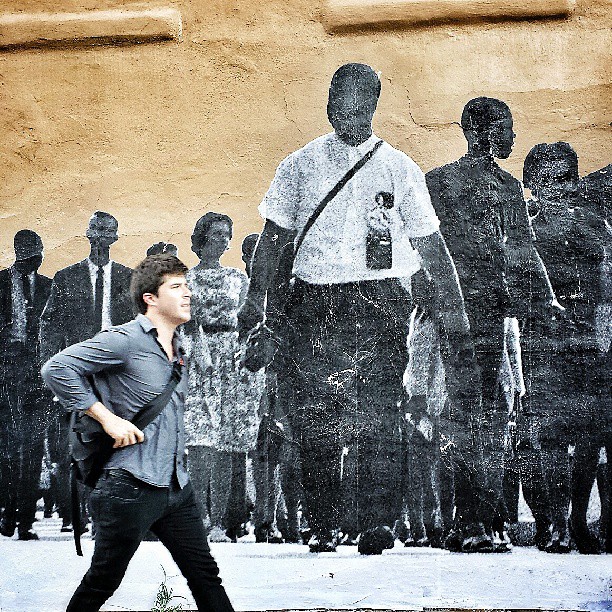 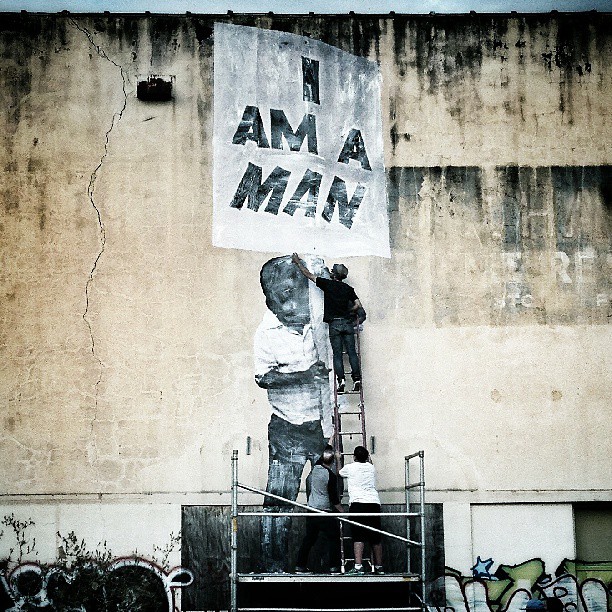 Another piece is a cut-out of a boy holding a sign that reads, “I AM A MAN.” This was a unifying civil rights theme, one that held deep meaning. 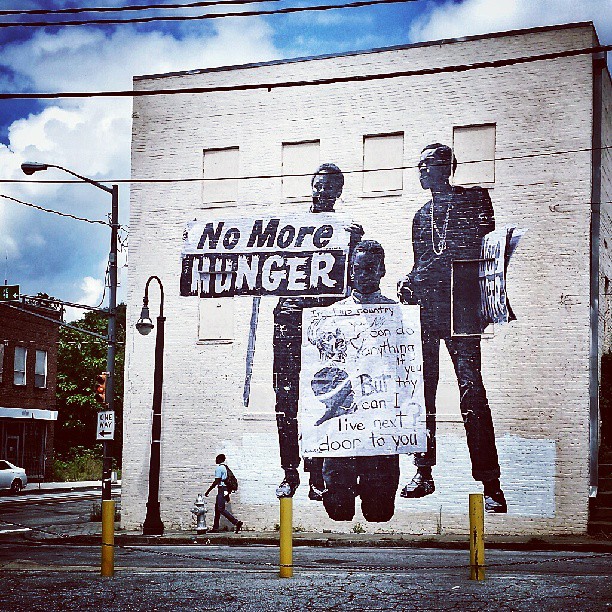 This third piece was a photo, shot by Steven Blum, of protestors in 1968. It's called Pickets at Dept. of Agriculture. The middle board reads, “In this country you can do anything if you try BUT can I live next door to you?”

JR's tribute is part of Living Walls, a nonprofit organization that brings together street artists, academics and the public at large to activate and engage communities.