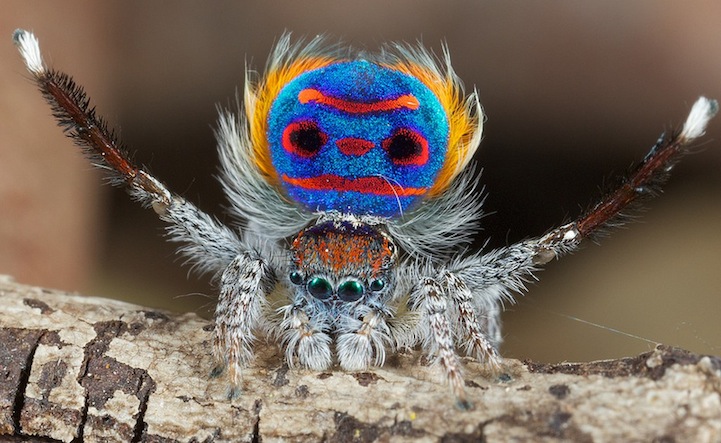 On a walk around the bush in Australia, entomologist Jurgen Otto came across a tiny insect he'd never come in contact with before–the Peacock Spider. The scientist says, “When I came to Sydney I was a bit bored because there wasn't enough to photograph but now I don't want to live anywhere else. I think it's probably the most beautiful spider in the world.”

The arachnid, scientifically known as Maratus volans, is a mere 5mm in size and is capable of quickly escaping a scene and jumping erratically. Yet, what defines the spider best is perhaps its unusual likeness to peacocks.

Like male peacocks with their exuberant tail feathers, the male peacock spiders are equipped with beautifully colorful flaps that rise up like a fan, displaying an unbelievable radiance and richness in breathtaking patterns. The males of this species are the only gender with colorful flaps so as to attract the females. They put on a bit of a show to win them over. Otto manages to capture these stunning spiders up-close just as they partake in an elaborate mating ritual.

As can be observed through this collection of photos, the spider peacock's performance involves revealing its colorful extensions. Additionally, the spider raises two legs and vibrates while shifting from side to side, in an attempt to woo its female counterpart. Unfortunately, if the dance does not impress the female spider, the male could wind up becoming the female's prey. 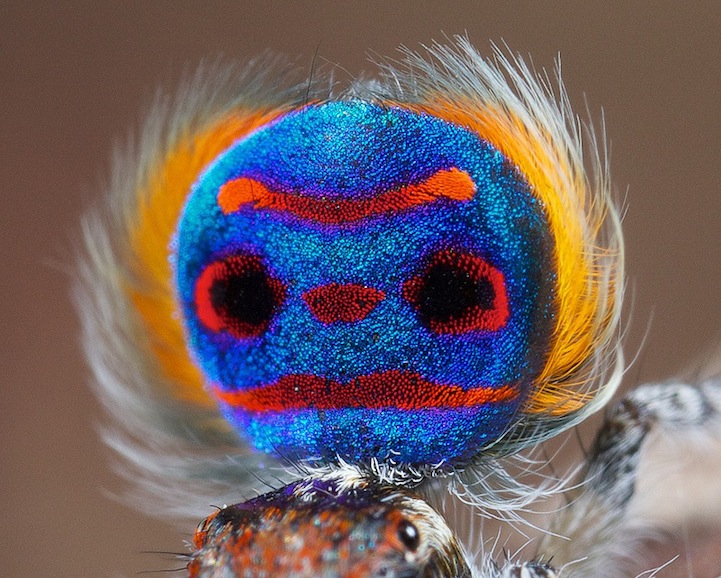 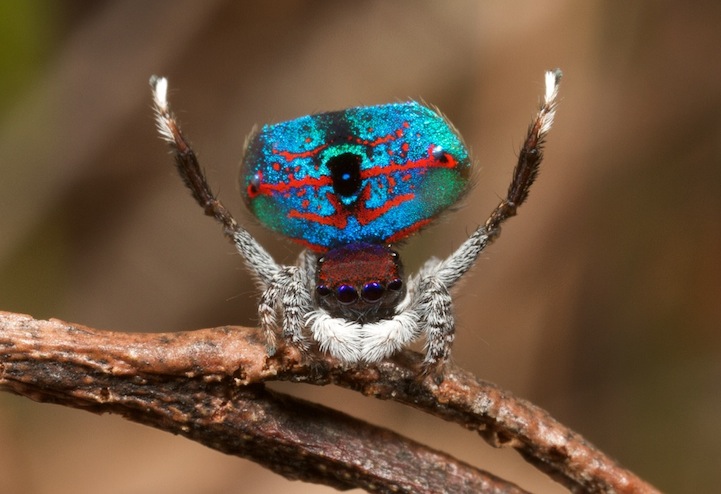 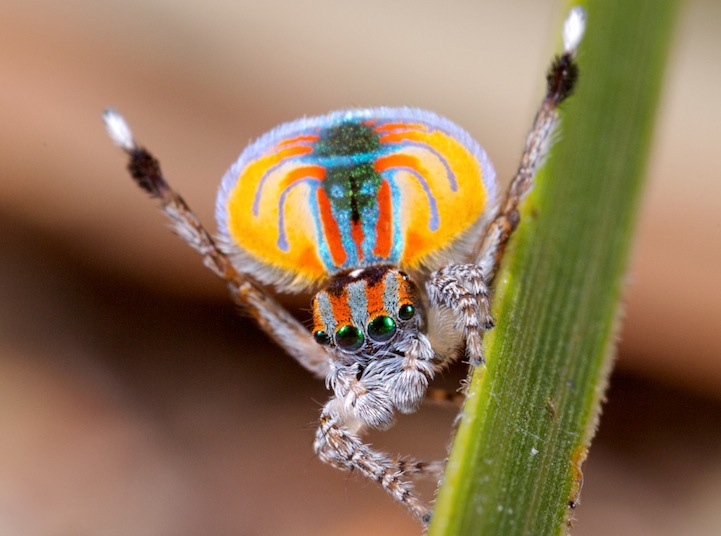 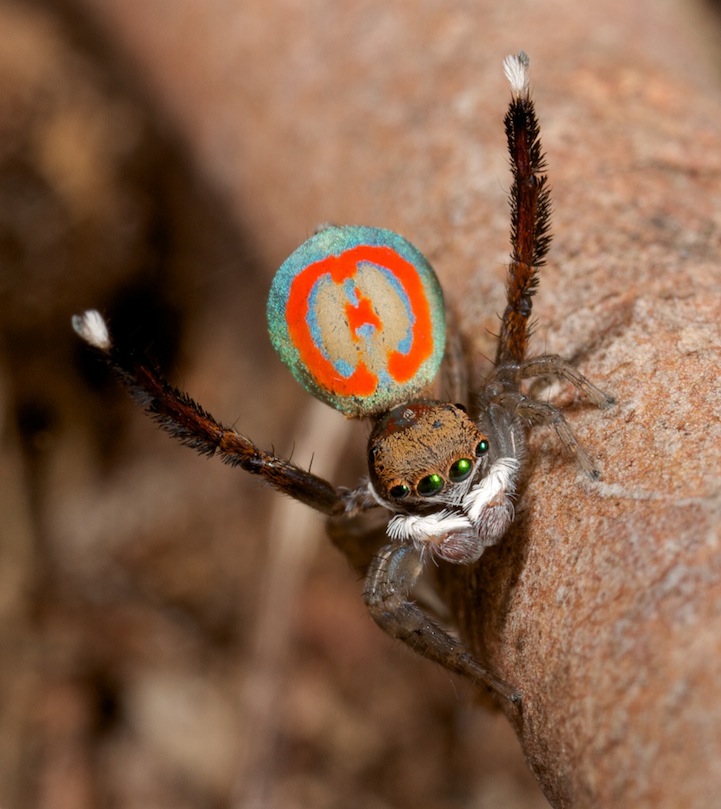 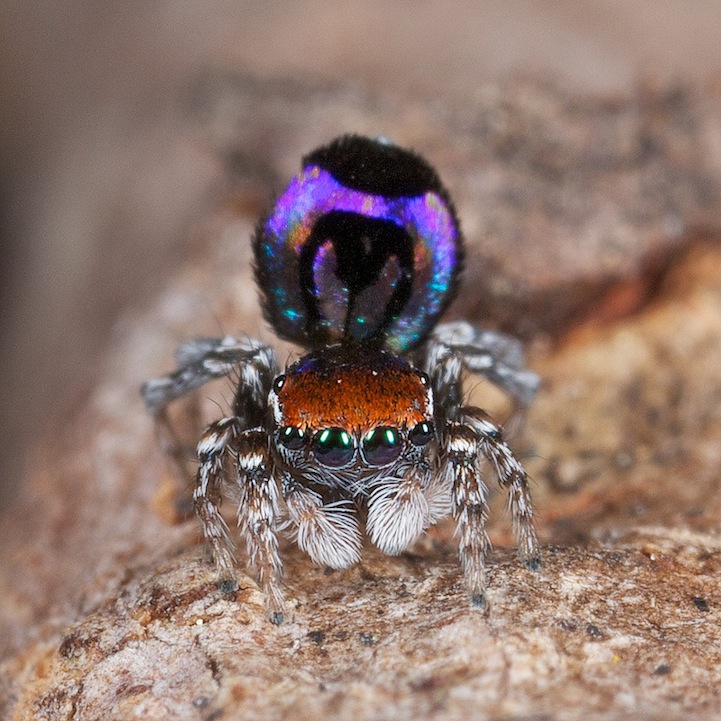 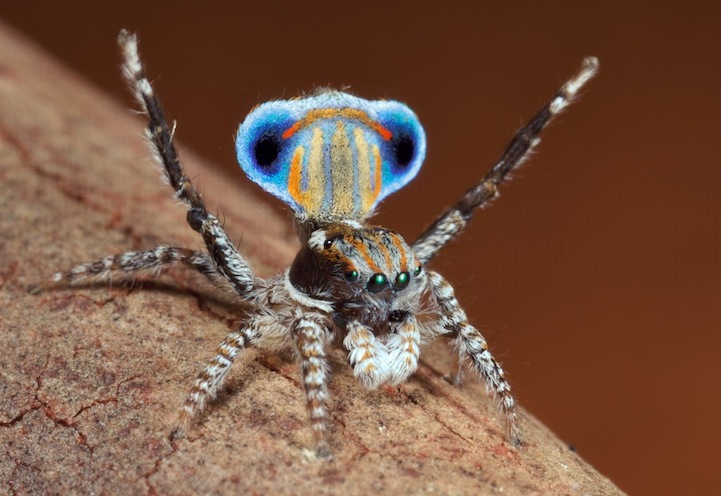 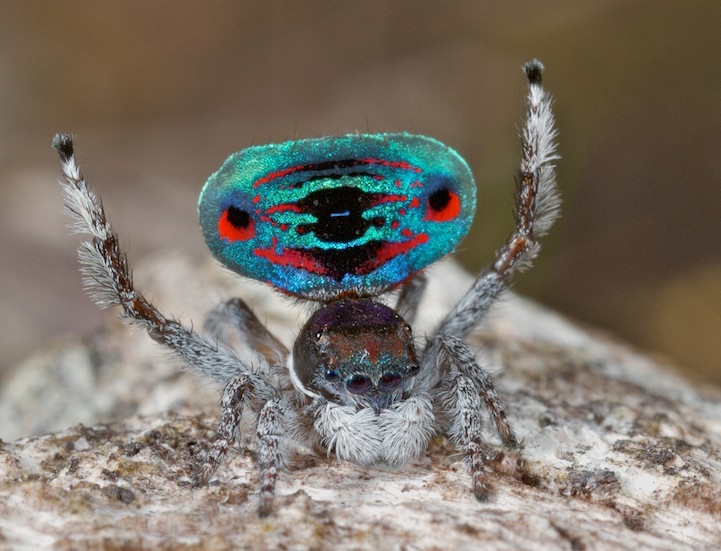 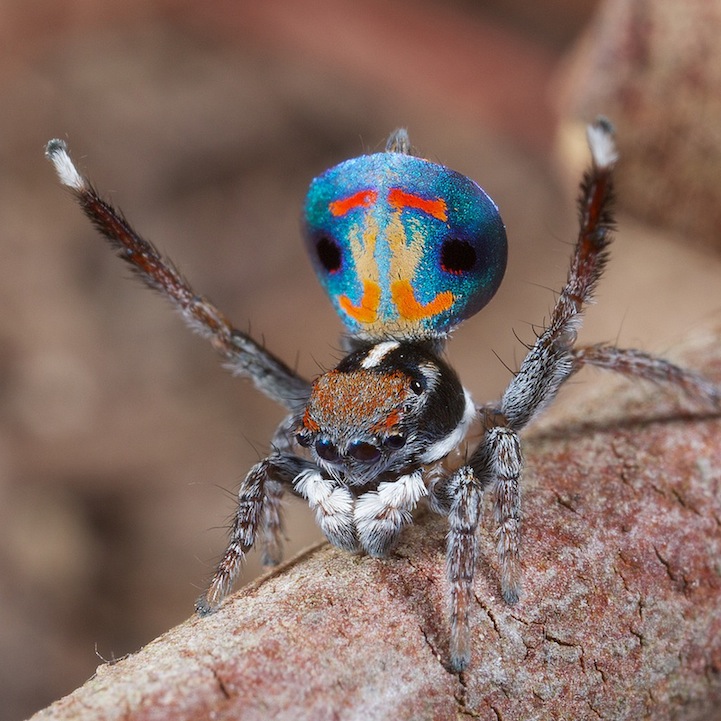 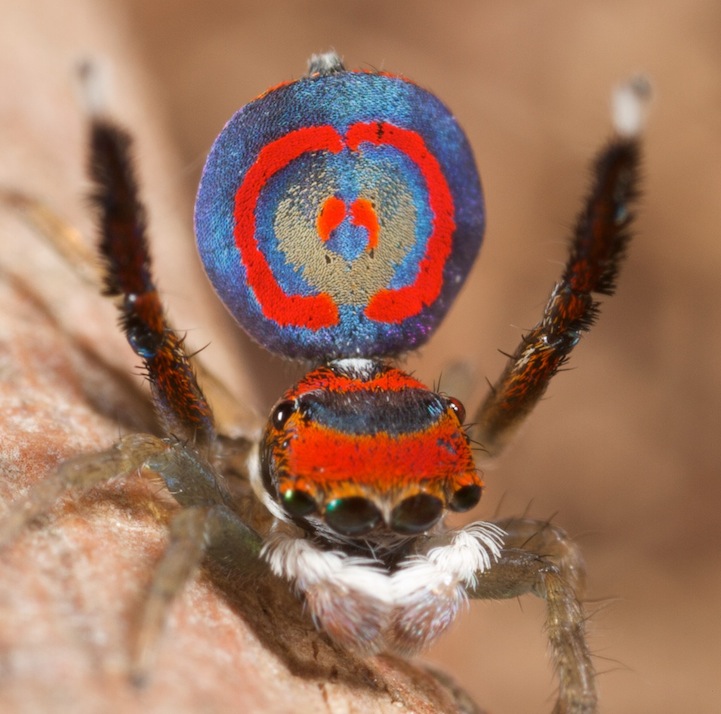 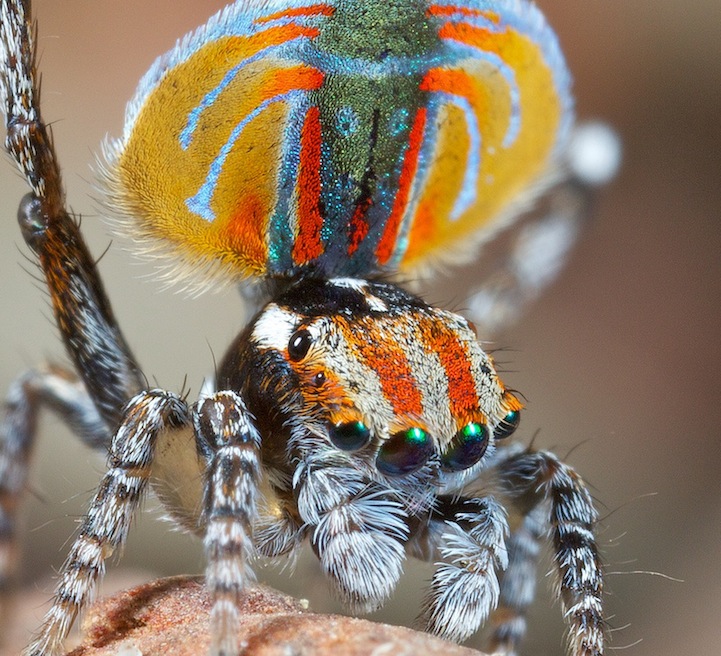