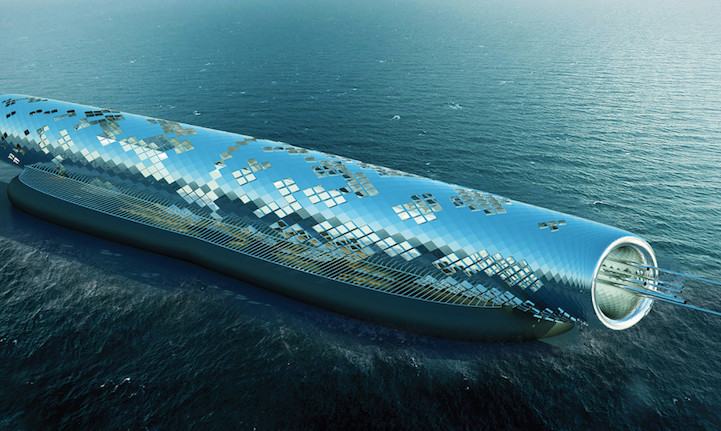 Great design is two fold: it simultaneously solves a problem while enhancing our lives in an aesthetically-pleasing way. Khalili Engineers is putting this idea into practice with their plans for The Pipe, a stunningly modern-looking structure that would provide clean drinking water to the city of Santa Monica in California. Proposed to sit off the coast of its world-famous pier, the concept is a finalist in the 2016 Land Art Generator Initiative (LAGI) design competition.

The LAGI challenged its entrants to combine an energy and/or drinking water component into a sustainable construction that will enhance the picturesque landscape. “The time is now,” they write, “to proactively address the influence of these new machines on the built environment, and imagine a future in which clean energy technologies have been intentionally designed into well-planned cities.”

Khalili Engineers lined The Pipe in solar panels to power the pumps filtering the ocean water. The electromagnetic desalination process all happens below the interior deck, and once complete, results in drinkable water—according to the engineers, this could mean up to 1.5 billion gallons. There’s another perk to this method, too: clear water with 12% salinity is produced, which would be integrated into on-board thermal baths and allow visitors to soak in the healing water before it’s redirected back into the Pacific. 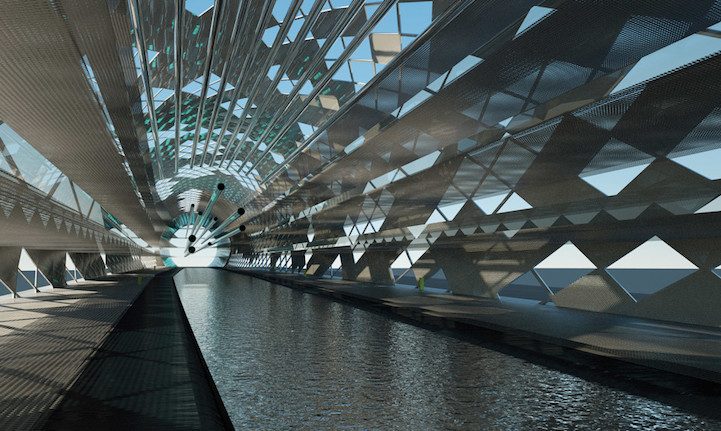 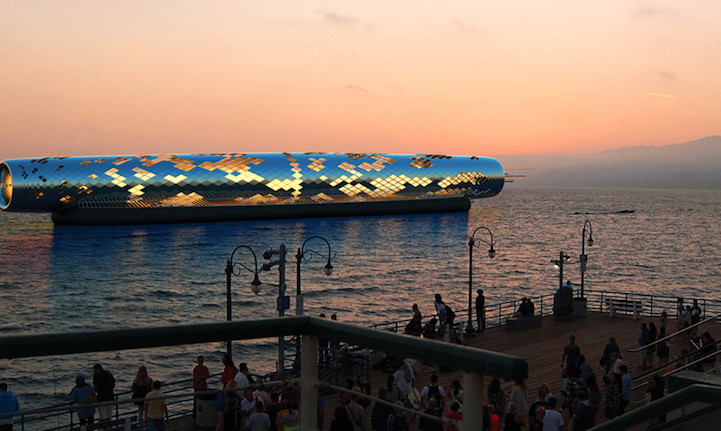 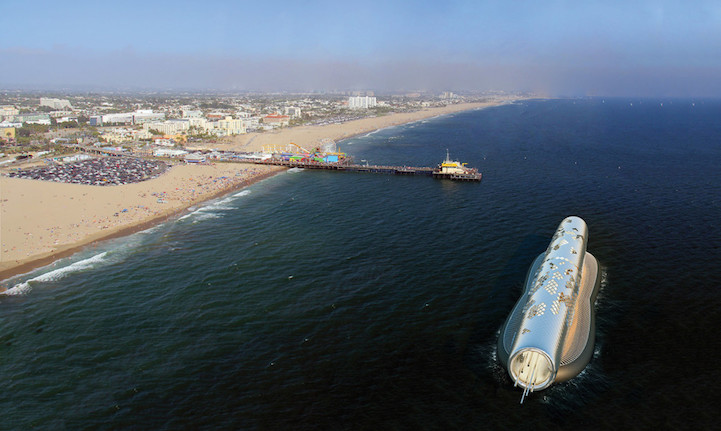 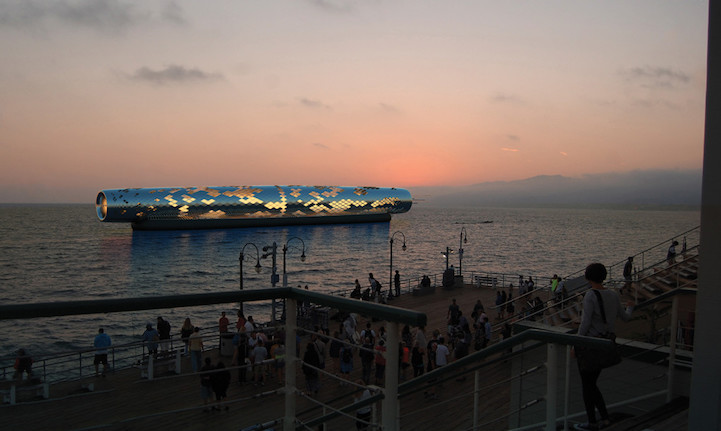