Psychiatrist Hand-Knits an Anatomically Correct Replica of the Human Brain 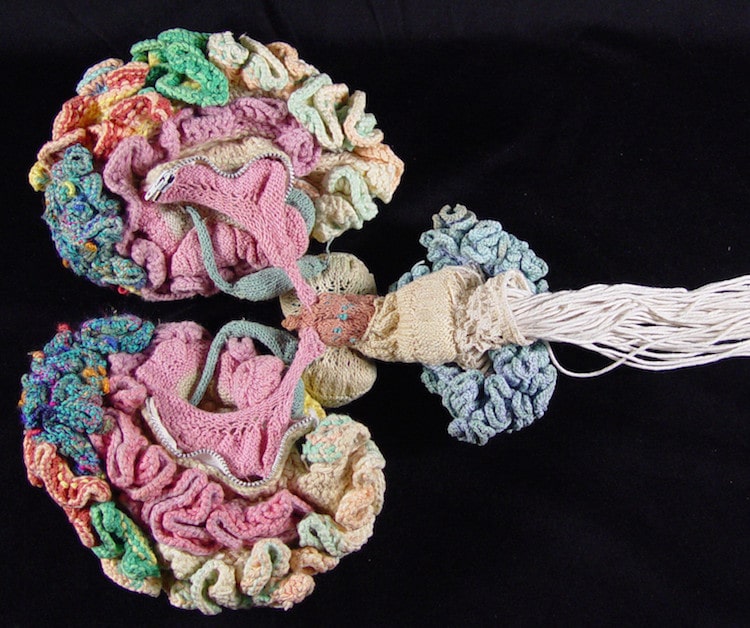 The human brain is often described as the most complex organ in the human body. The mass of tissue weighs around 1.4 kilograms and contains a mind-boggling network of around 1,000,000,000 nerve cells (aka neurons). Each neuron can make contact with thousands of others via tiny structures called synapses. These constant and ever-changing connections are how memories are stored, habits are learned, and personalities are shaped. One person with a special fascination with the human brain is Dr Karen Norberg. A psychiatrist from the National Bureau of Economic Research in Cambridge, Norberg spent an entire year knitting an incredible, anatomically correct replica of the central organ.

Made in 1994, the 9-inch textile sculpture comprises different sections hand-knitted from colorful cotton yarn that were then stitched together into the labyrinthine structure. The frontal cortex is represented in cream and pale green; the visual cortex is depicted in a mix of blue, purple and turquoise; and the hippocampus is made up of baby pink yarn. The two sides of the brain are joined together by a zip, while the cerebellum at the base of the organ is knitted in blue and the spinal cord appears as long white strands of cotton.

As a labor of love, Dr. Norberg felt there were two aspects to her ambitious project. “One was simply to undertake such a ridiculously complex, time consuming project for no practical reason,” she says. “The second was the idea of making a somewhat mysterious and difficult object—a brain—out of a ‘cuddly,’ cheerful, familiar material like cotton yarn.”

The textile brain was on display at the Boston Museum of Science for about 10 years, but has recently returned to Norberg's home. 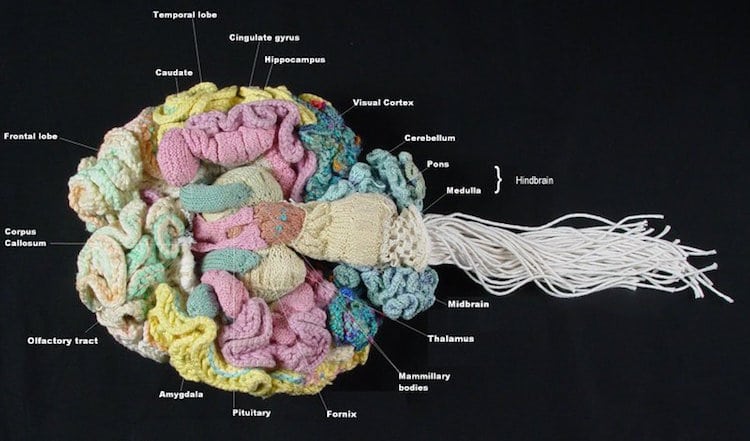 Here’s a comparison of the textile sculpture alongside scans of a real human brain. 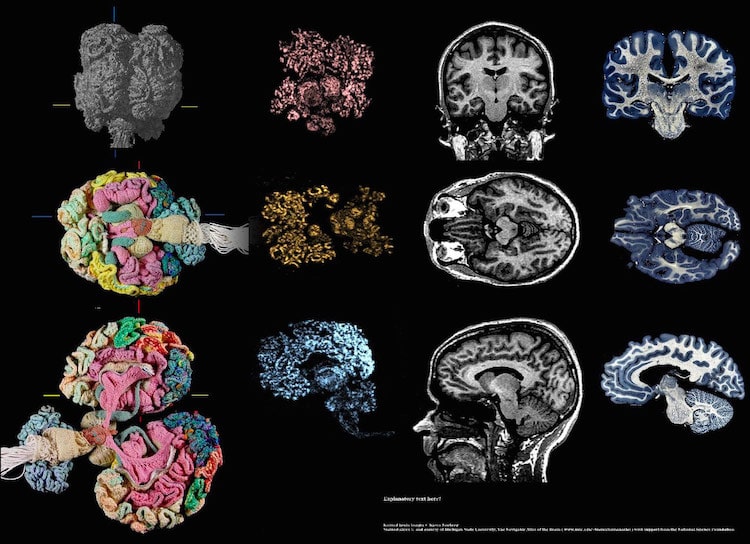 My Modern Met granted permission to use photos by Dr Karen Norberg.

25+ Knitting Patterns You Can Start Working on Right Away