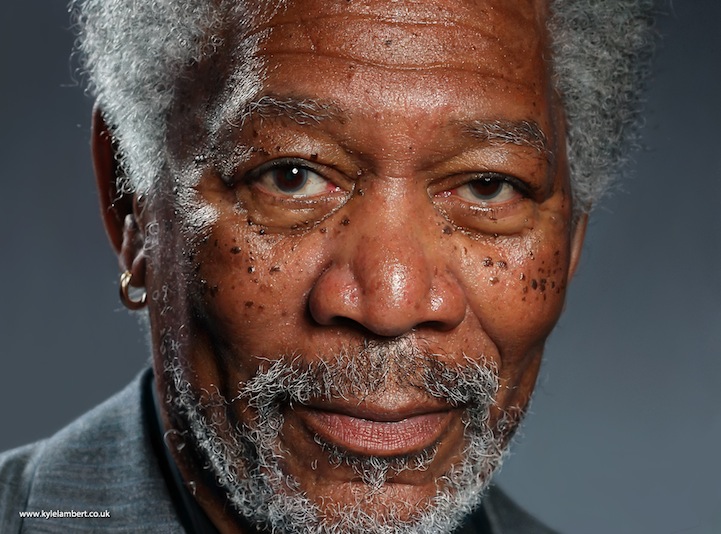 Technology is improving every day and with those changes come exciting new ways to produce art, like Procreate, an app that allows artists to create detailed, digital finger-paintings. This image of Morgan Freeman is the result of that ever-improving technology. The piece was created by UK-based visual artist Kyle Lambert on his iPad. Although it maintains the crisp details of a photograph, the work is actually a painting made with an estimated 285,000 brush strokes across a screen.

The creative process, which took more than 200 hours, is captured in a time-lapse video below. Viewers can watch as Morgan Freeman emerges from a group of blurry streaks into a realistic portrait. The app allows artists to use a wide variety of paintbrushes or to digitally create their own from anything imaginable. By pushing the limits of portrait work and challenging himself to a new style of painting, Lambert achieved impressive photorealistic results.

“One of the big reasons I decided to do this painting was to inspire other budding artists to embrace digital art. A friend of mine who is a school teacher explained to me recently that whenever he plays one of my painting videos in class, his students become noticeably more engaged and excited about creating art. The idea that more people are engaging in art because of something that I have created is amazing to me,” explains Lambert.

Update: First, we want to give proper credit to the photographer of the image that the art was inspired by. He is New York-based photographer Scott Gries. Also, the photo-realistic image has been causing quite a bit of controversy across the web, so we've contacted the artist directly to address its authenticity. Gizmodo Espanol also reached out to Kyle Lambert, and received this reply.

I'm overwhelmed by the response to my finger painting video and happy that it has reached as many people as it has in such a short time.

One of the big reasons I wanted to paint this portrait was to create a video that entertained, inspired and educated people about digital art. I've met a number of artists who were motivated to start painting after seeing my previous videos. I've also heard several cases where teachers are using my videos to inspire their students.

After using Procreate on my iPad (the app I created this portrait with) I realised that for the first time I could create a really highly detailed digital painting and have the whole process documented in a video. This was when I decided to start this painting.

The process began with me blocking in the essential colours and shapes of the portrait and then reducing the brush size to add features and details. Each stage of the process took a step closer towards the painting becoming more realistic.

To answer your question, no at no stage was the original photograph on my iPad or inside the Procreate app. Procreate documents the entire painting process, so even if I wanted to import a photo layer it would have shown in the video export from the app.

The key to panting accurate detail at this obsessive level is to break down the portrait into much smaller paintings that are more achievable. Once you do that, the detail becomes easier to manage. However, the consequence of this is that the overall painting then takes a lot longer to complete.

I trained as an oil painter and have been painting portraits and concept art using my Mac and iPad now for around 10 years now. Essentially, I've spent a lot of time learning how to paint realistic looking images. All I have done here is adapted my usual technique to work with my fingers instead of a stylus or brush. Other than the fact I am using my finger, the process of painting on the iPad is identical to all other digital mediums and in many ways similar to working with real paint.

The whole point of the video is that the final image looks almost indistinguishable from the reference photo. If it didn't, then the claim of it being ‘the world's most realistic finger painting' wouldn't really be a valid one. 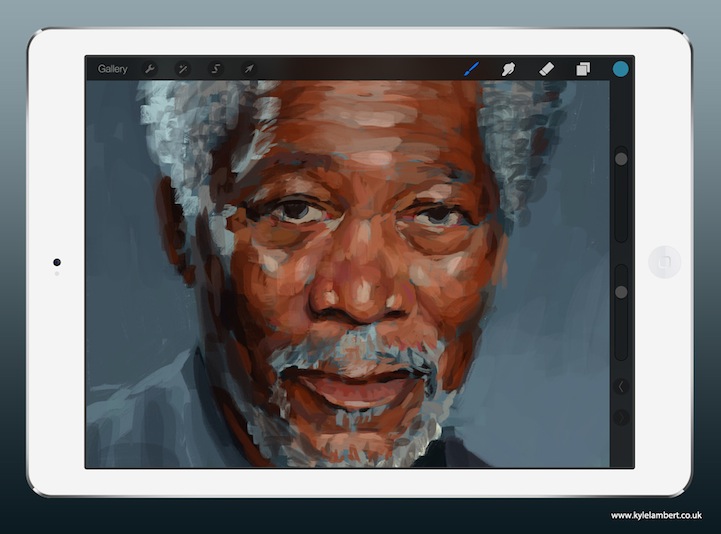 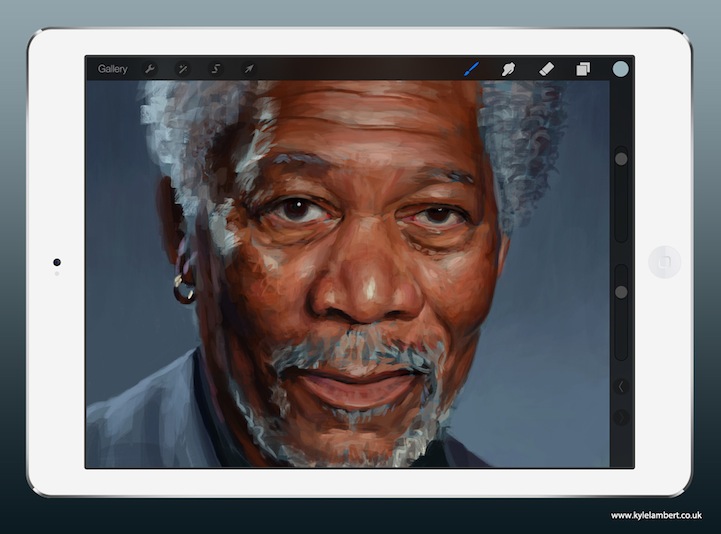 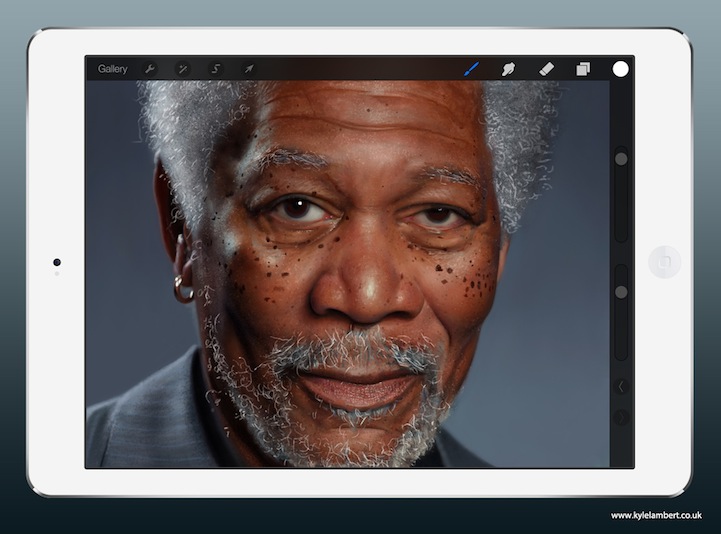 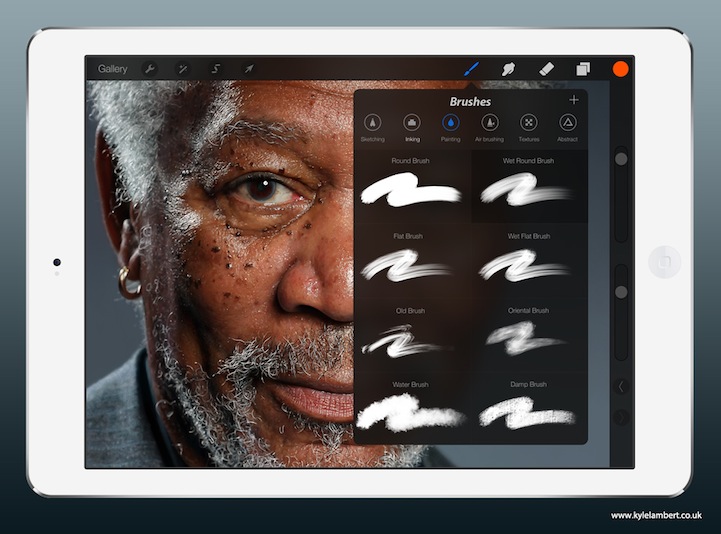 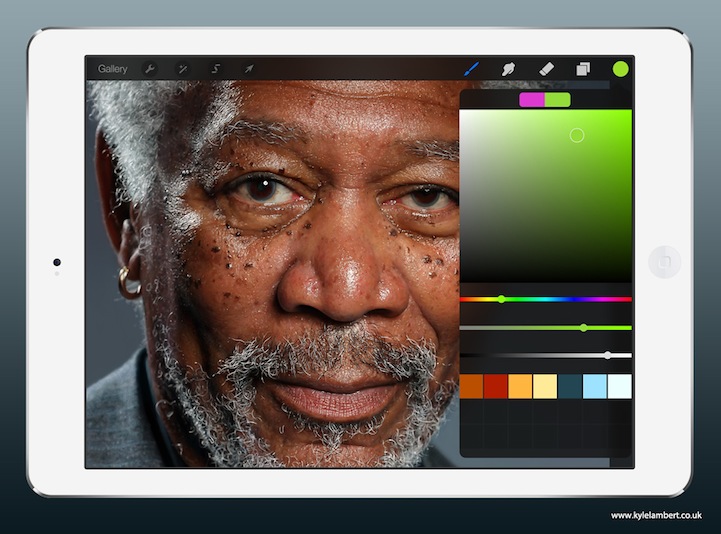 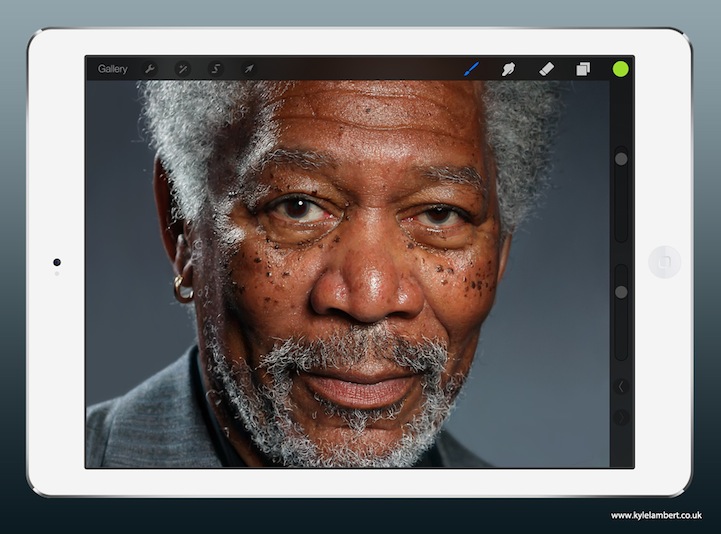