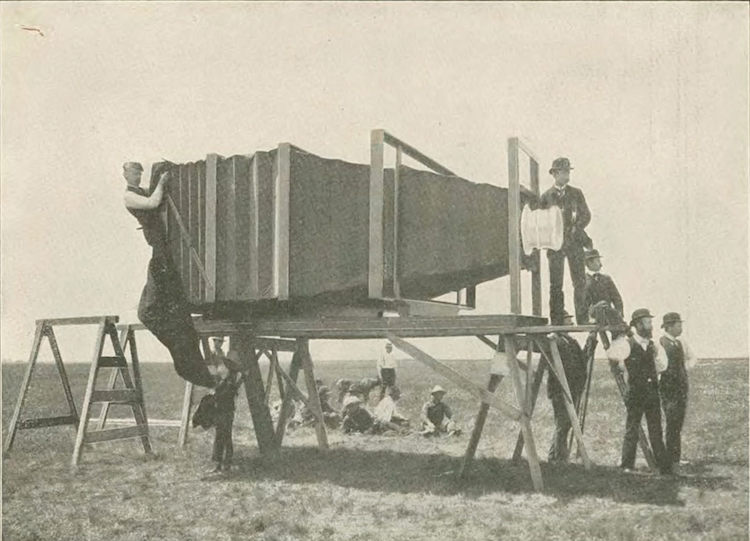 To understand just how far photography technology has developed over the past 100 years, take a look at the incredibly large camera used to photograph a train in 1900. As the history of the camera tells us, it wasn't always so easy to go out and document things we now take for granted. So when the Chicago & Alton Railway company introduced a new train in 1899—the Alton Limited—they also needed to develop new technology to photograph it.

As the train was noted for its “uniform and symmetrical design,” it was decided that a single panoramic photograph would be the best way to capture its beauty. Company photographer George R. Lawrence initially believed that the only way to achieve a good result was to photograph sections and stitch them together during the printing process. However, this technique gave a warped perspective and so it was decided that technology had advanced enough to attempt using one plate for the photo.

Imagine that in order to achieve the requested eight-foot-long photograph, Lawrence would have to expose a single plate that was three times larger than any plate ever previously used. But Lawrence was up to the task, and presented plans for what would become the world's largest camera. Built and designed in Chicago, it took two and a half months to construct and weighed 1,400 pounds when loaded. 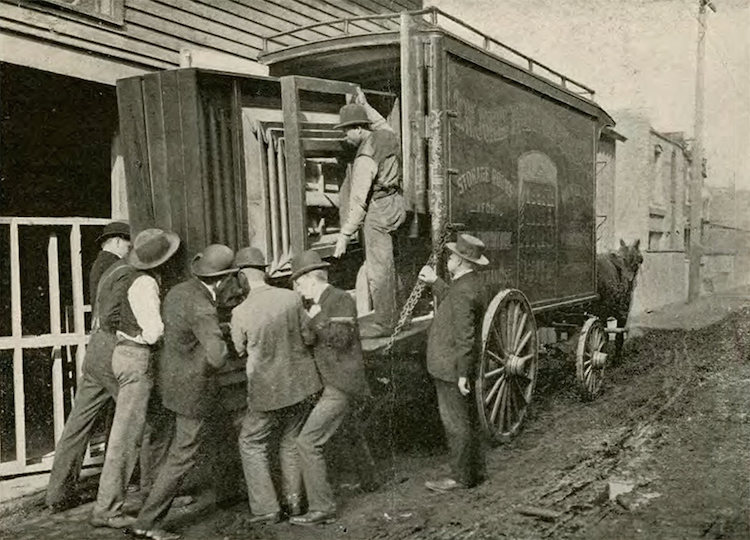 To focus this giant, two screens sat on a track at the back of the camera and were moved back and forth. The bellows—the accordion-like portion of the camera—were divided into four sections that were mounted on small wheels and slid on a steel track. The lenses were the largest ever made at the time and included a wide angle used to capture the entire exterior, as well as a telescopic lens. All told, about 15 workers were required to run the camera.

Even moving the giant camera from Chicago was an adventure. The dismantled camera was taken first in a padded van and then a train before being assembled on-site. In the end, the results were worth it and these images, taken from a commemorative pamphlet preserved by the Indiana Historical Society, are a testament to the innovation.

Eventually, the photos of “the handsomest train in the world,” were exhibited at the Paris Exposition. So incredible were the results, that affidavits had to be signed by company officials before the Exposition would allow them to label the image as the largest photograph in the world. In the end, Lawrence won the Grand Prize for World Photographic Excellence at the Paris Exposition, making all the hard work worthwhile. 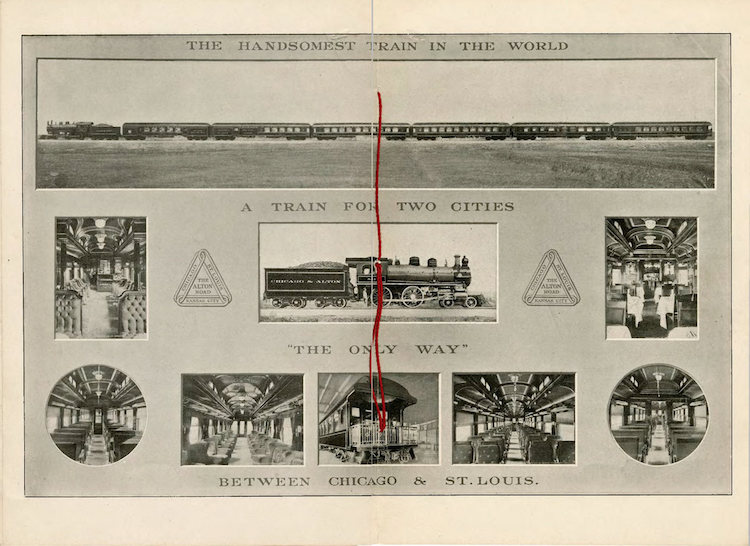 A spread from the Chicago & Alton pamphlet, “The Largest Photograph in the World of the Handsomest Train in the World”, including Lawrence’s image of the train. (Photo: Indiana Historical Society)

My Modern Met granted permission to use photos by the Indiana Historical Society.