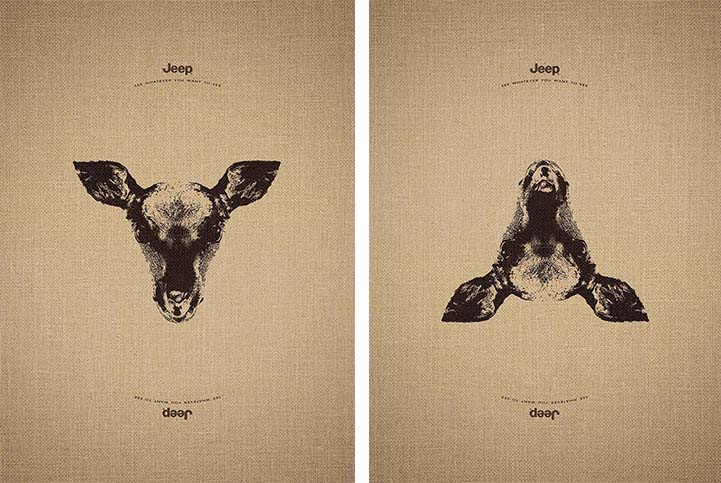 Creative agency Leo Burnett France had to put an incredible amount of forethought into each one of these illustrations for the new Jeep ad campaign: See whatever you want to see. Each right-side up design features a single animal set against a textured background. However, turn the image upside-down and a second creature reveals itself in the lines, curves, and shadows of the original shape.

The clever print campaign offers viewers a visual adventure filled with surprises, and then invites viewers to draw comparisons between that experience and the concept of owning a Jeep. “When you are the proud owner of a Jeep, we know that any time you can go wherever you want, see what you want to see,” explains the agency. “[In the campaign,] three stunning visuals show a giraffe head, an elephant's head, and a deer head. The hook then invites the reader to return to the announcement to discover an animal at the other end of the world. A nice invitation to travel.” 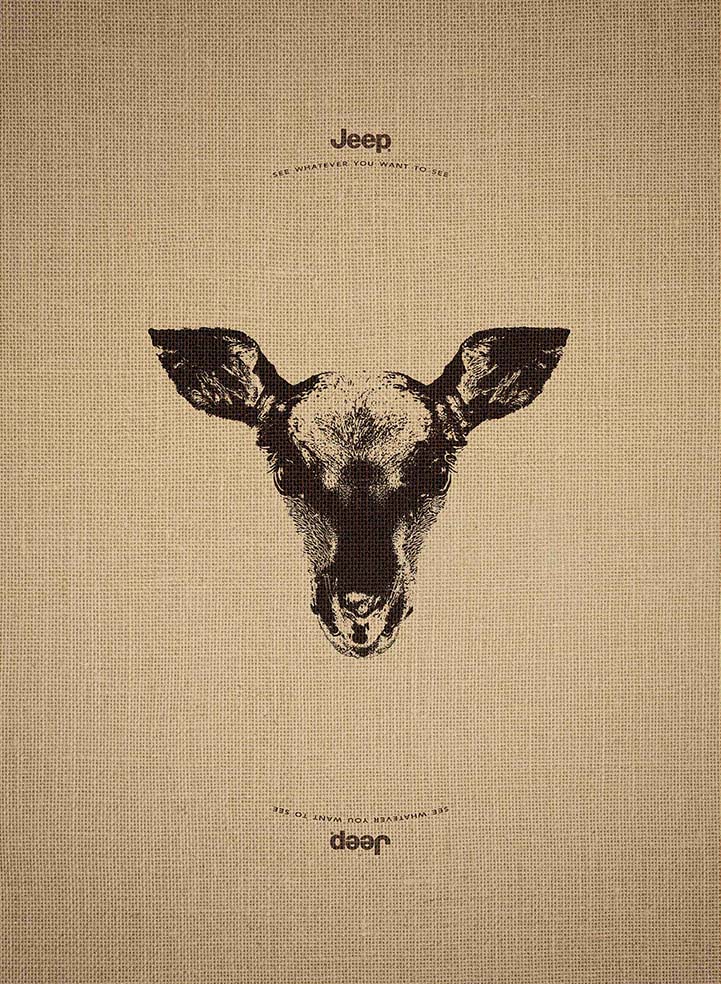 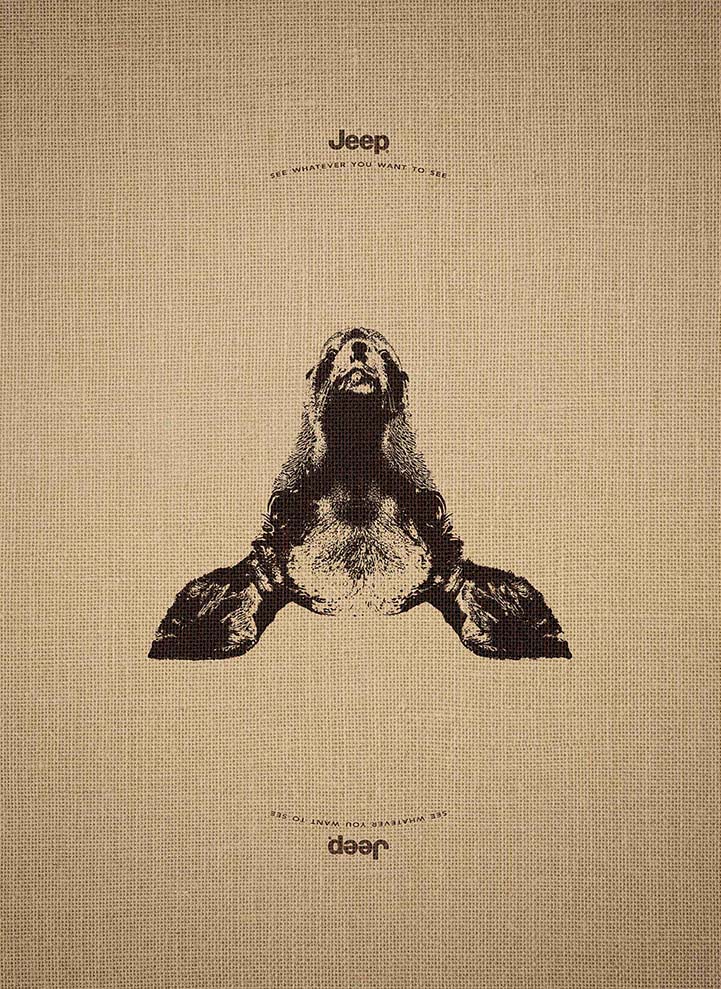 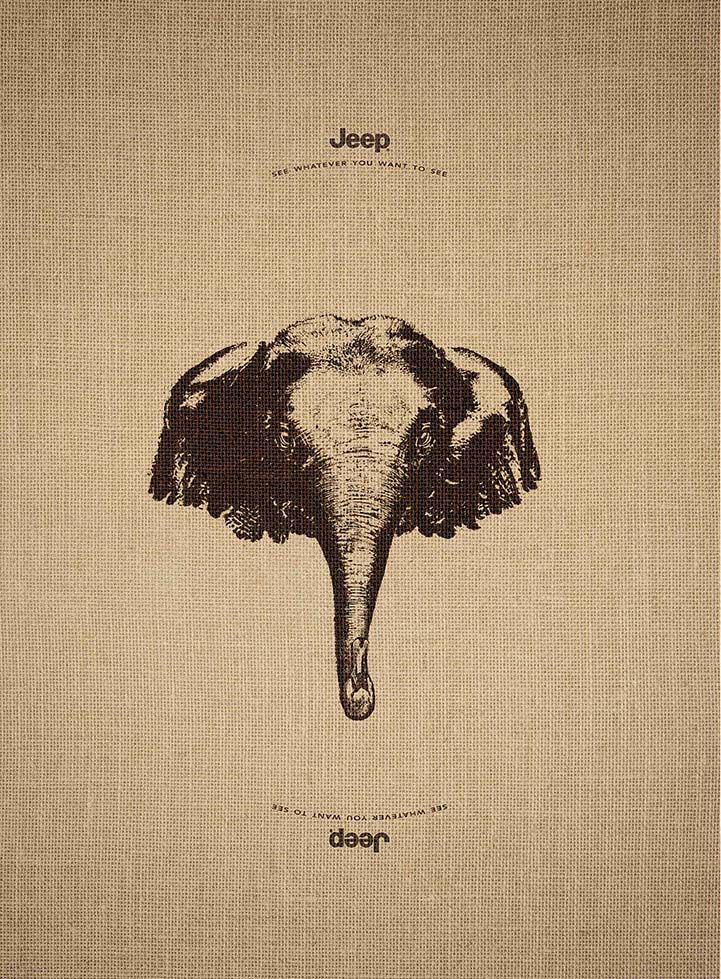 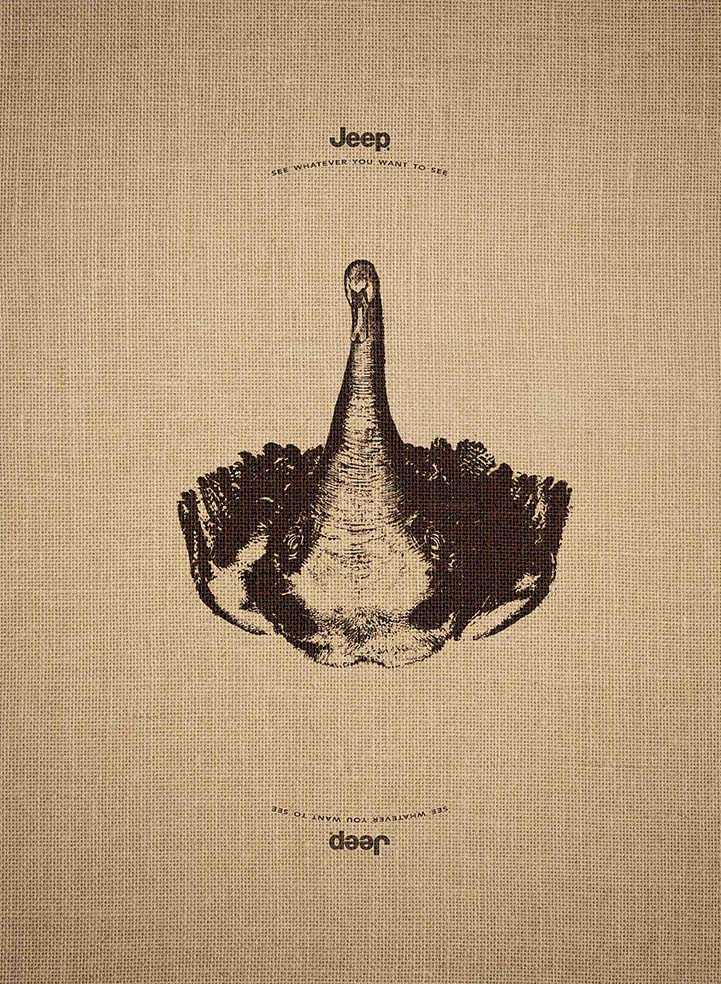 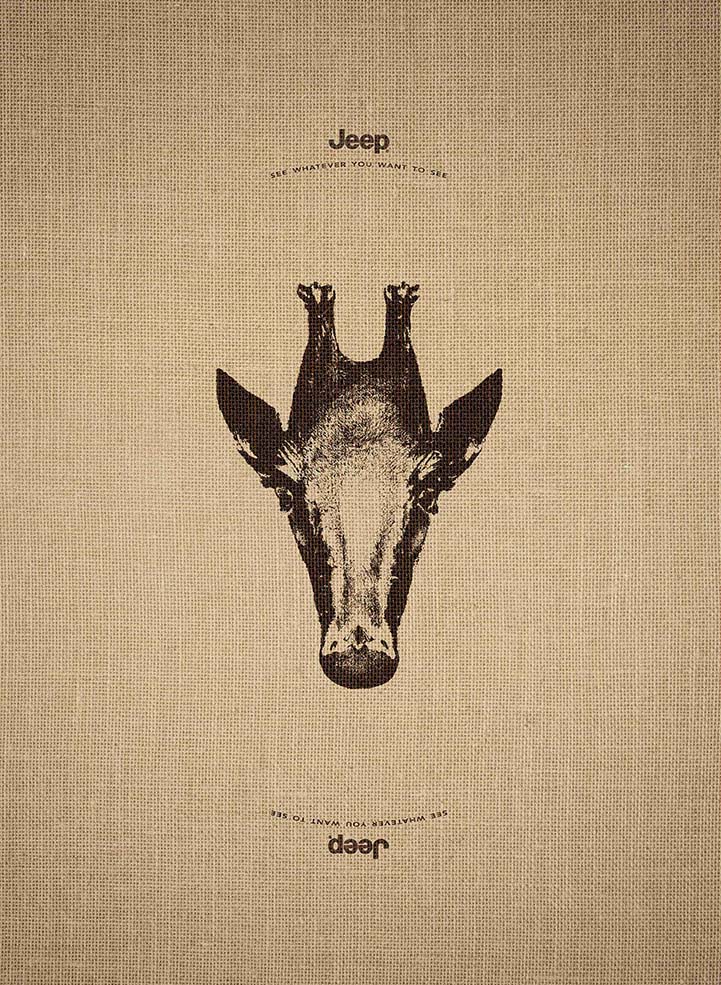 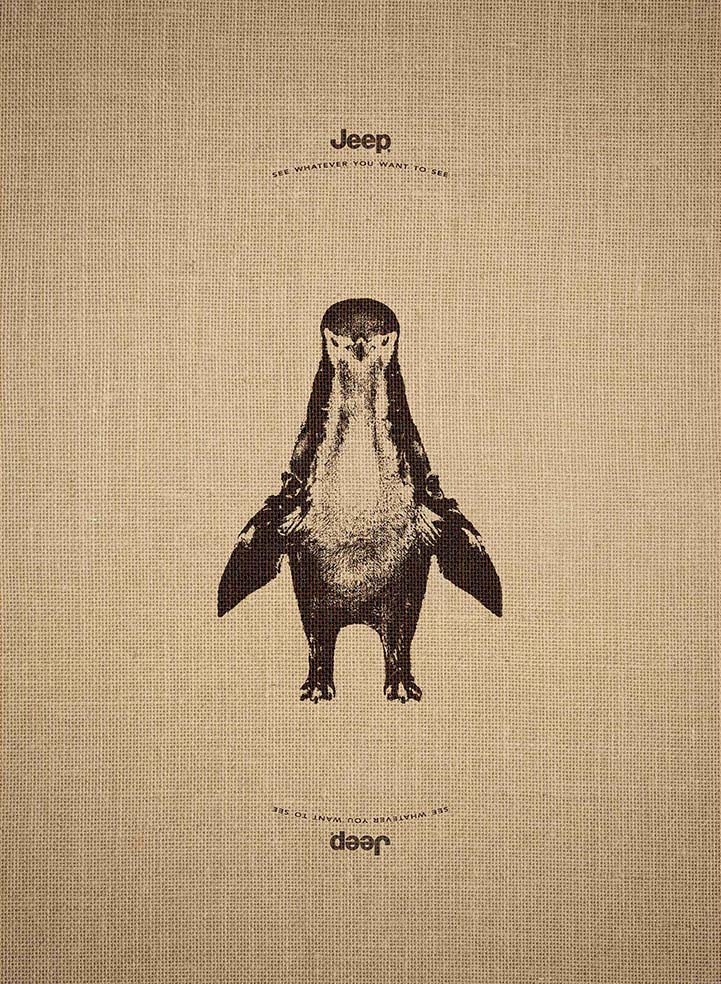