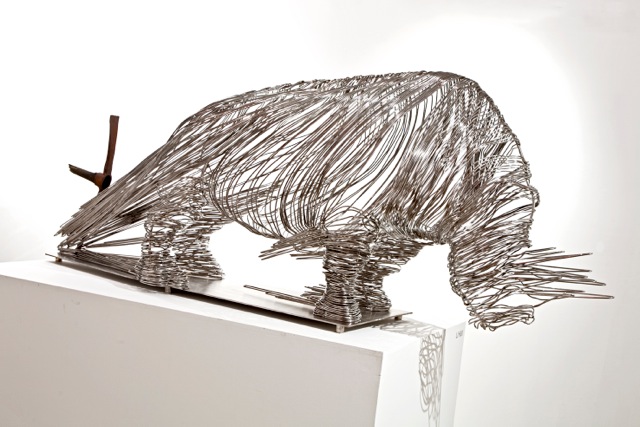 While you'll find many acrylic sculptures glowing from within (using LED lights), it's this silently powerful piece called Captured the Rhino that really caught our attention. Made of stainless steel coils, the huge, approximately nine foot tall, sculpture is meant to “ironically contradict the endangered species' actual vulnerability.”

To create Captured the Rhino, Hui first generated an initial image on his computer. Using this sketch, he created a 1:1 model in clay. It was then wrapped with stainless steel wire which took a team of skilled welders over four months to complete. 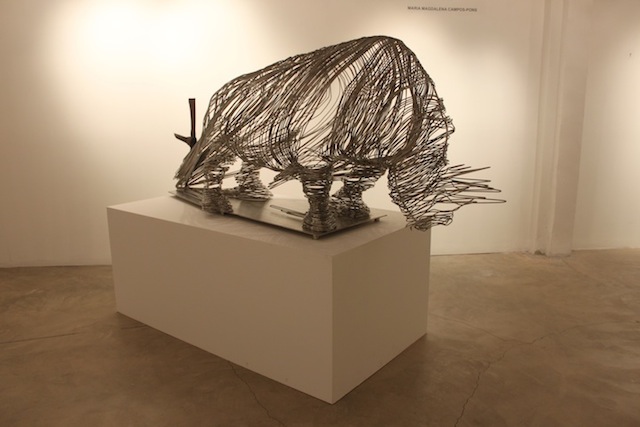 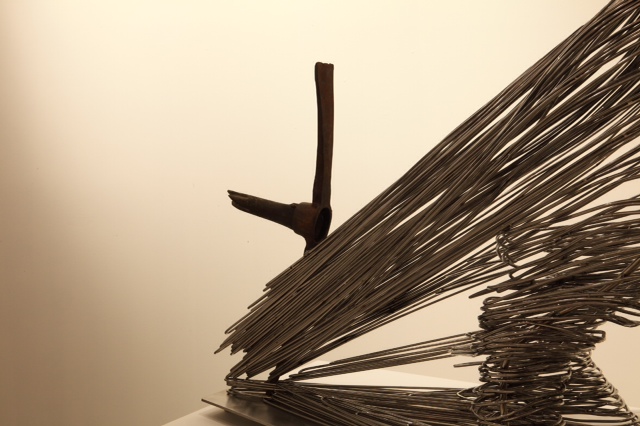 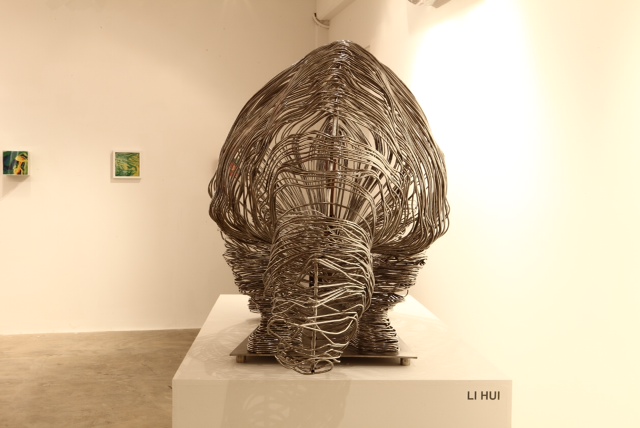 Void and Substance will be on view through February 18, 2013 at Zadok Gallery.