Can't You Take a Joke 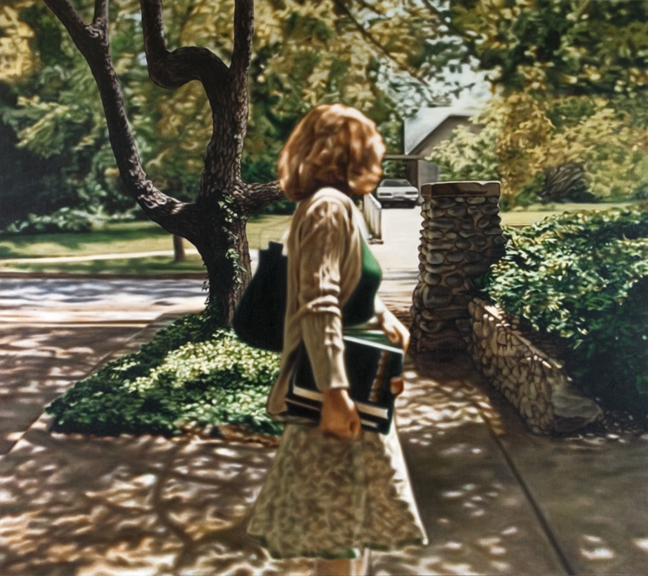 Loved and hated in art circles, Damian Loeb is a photorealistic painter who has been called everything from a genius to a copycat. In the 90s he battled copyright-infringement lawsuits for borrowing photographs and combining them into unusual — sometimes disturbing — images and calling them his own. Heralded as the bad-boy art star of the 21st century, Loeb creates controversial art, or as what Interview Magazine calls, “crime scenes about to happen.” Fascinated by film, Loeb freezes poignant moments and then tries to draw out an emotional response from the viewer.

Damian Loeb: I always noticed there was something unique about frozen frames in movies. I remember having my first VCR and being able to pause the movie whenever I wanted. Up until that point you had to show up at a movie theater, panicking about getting there on time. You sit down and you catch that train. When it's done, you walk out, and, if it's a wonderful film, you want more. But you have nothing to show for it except the memory.
Interview Magazine: So you became the master of the pause button.

Damian Loeb: Yeah. I managed to get a VCR from a used-electronics store. In pausing a movie, I had control. When I started looking at all still frames from movies, I realized that it was the same thing as the smell of honeysuckle. With the right frame, I could mentally rewind through the experience. 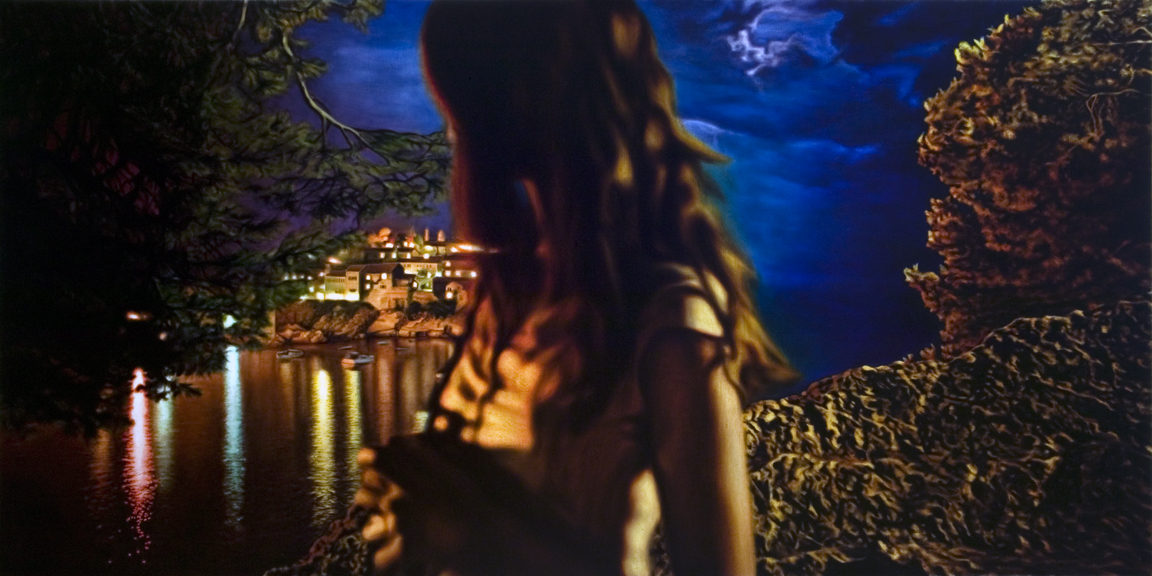 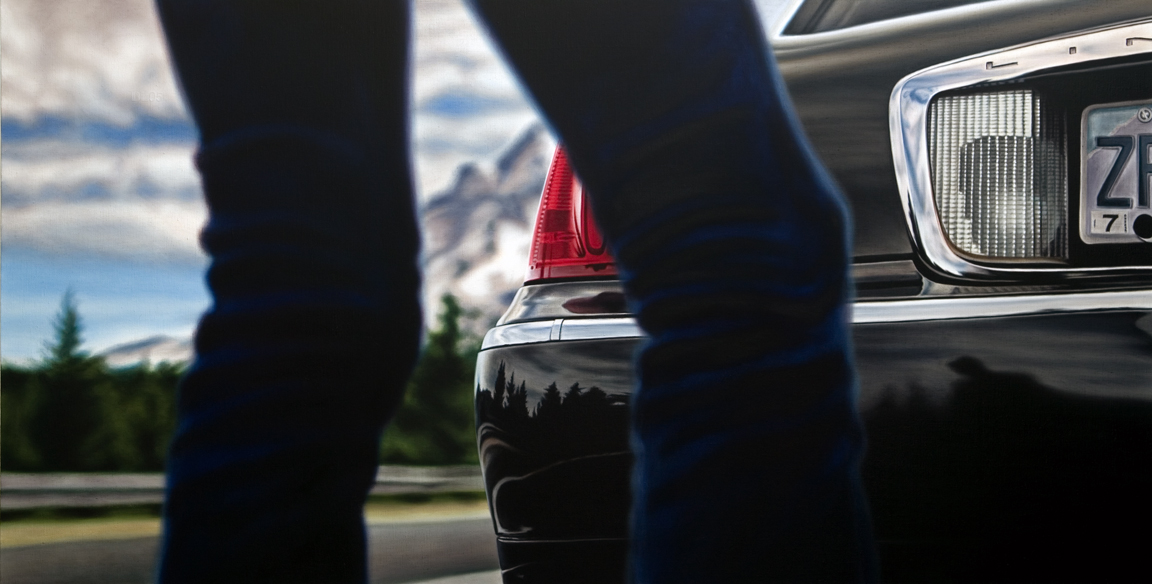 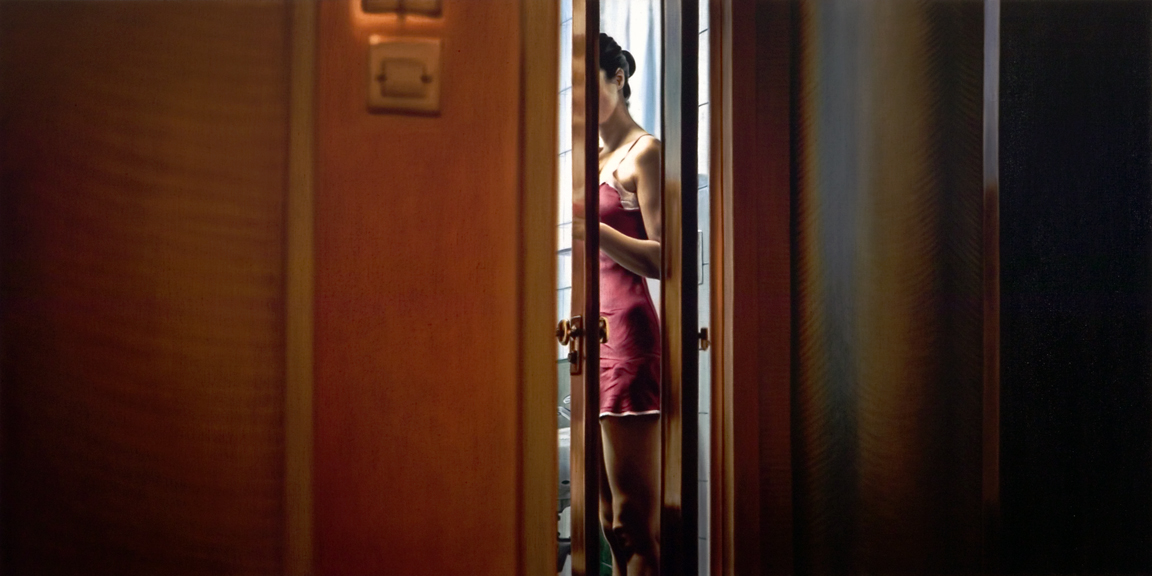 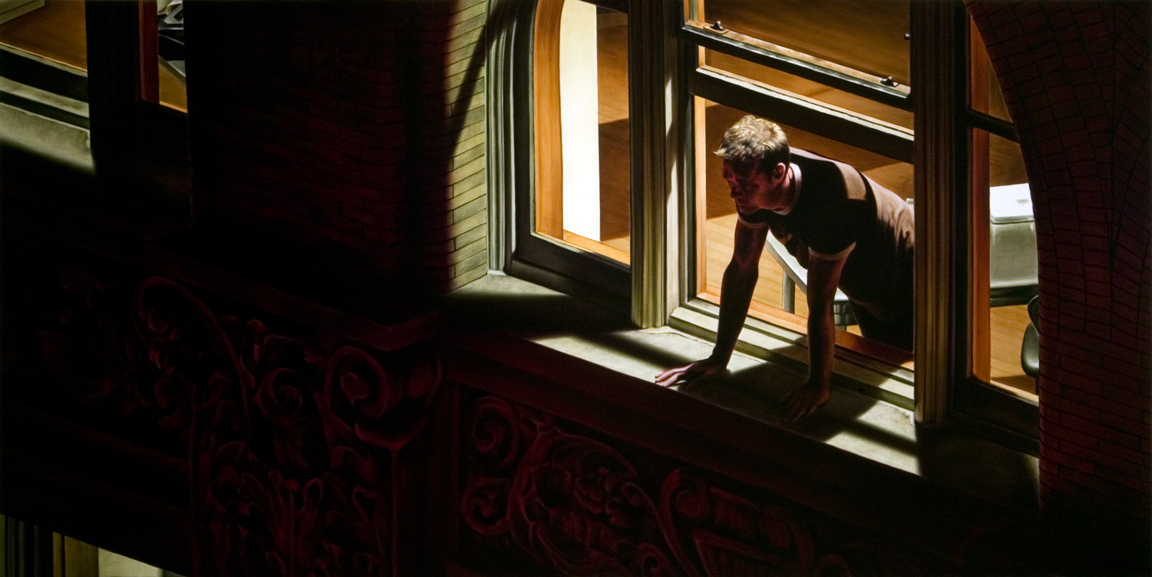 The Color of Money

Do you get that eerie and haunting feeling from his paintings?