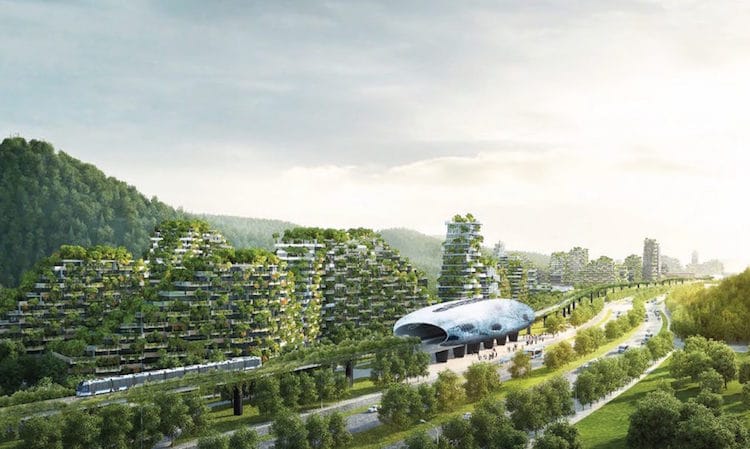 While his first vertical forest in Asia is set for completion in 2018, Italian architect Stefano Boeri‘s already moving toward a larger goal—a forest city. In Liuzhou, a mountainous area in southern China, Boeri will create an entire town, where the offices, shops, restaurants, and residences will be covered in greenery to fight air pollution.

Liuzhou Forest City has the capacity for 30,000 people and will be covered with 40,000 trees and 1 million plants. Over 100 species will be incorporated into the greenery, which is estimated to absorb almost 10,000 tons of CO2 and 57 tons of pollutants a year. The city will also produce 900 tons of oxygen per year and the plants will act as a natural sound barrier and cooling agent.

Already under construction, the city is set for completion in 2020 and will be connected via a fast rail line with electric cars. Boeri's innovative, natural solution to environmental issues also benefits wildlife, as the plants are a natural habitat that will allow insect, birds, and animal populations to flourish.

“For the first time in China and in the world, an innovative urban settlement will combine the challenge for energy self-sufficiency and for the use of renewable energy with the challenge to increase biodiversity,” the firm shares, “and to effectively reduce air pollution in urban areas—which is really critical for present-day China—thanks to the multiplication of vegetable and biological urban surfaces.” 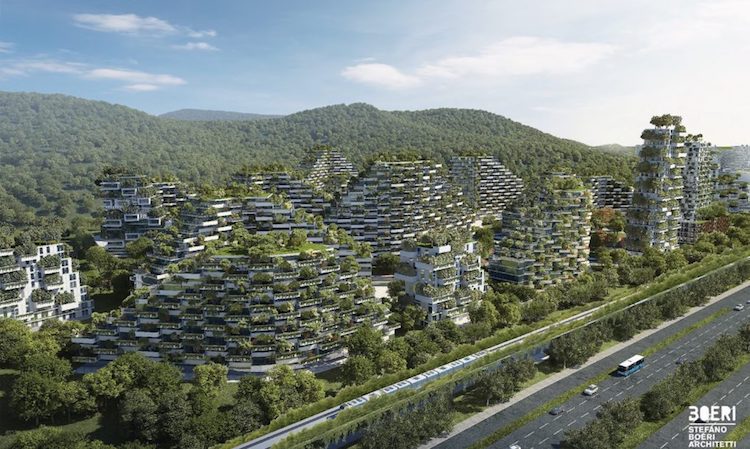 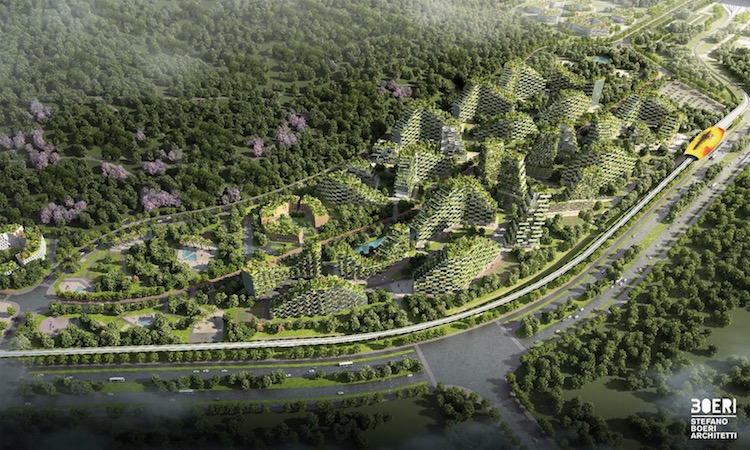 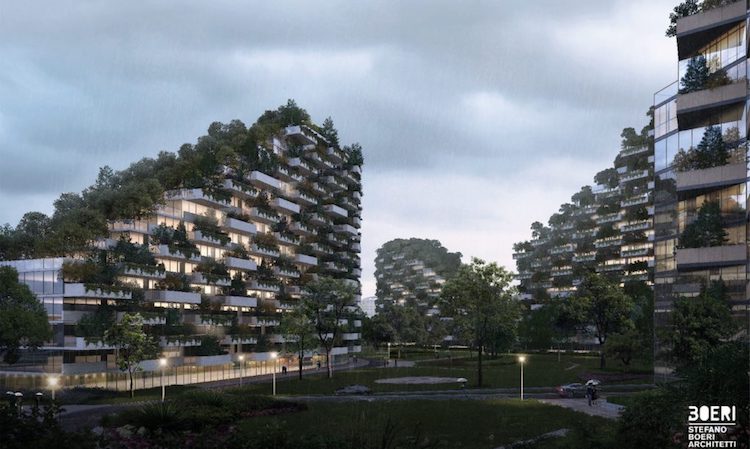 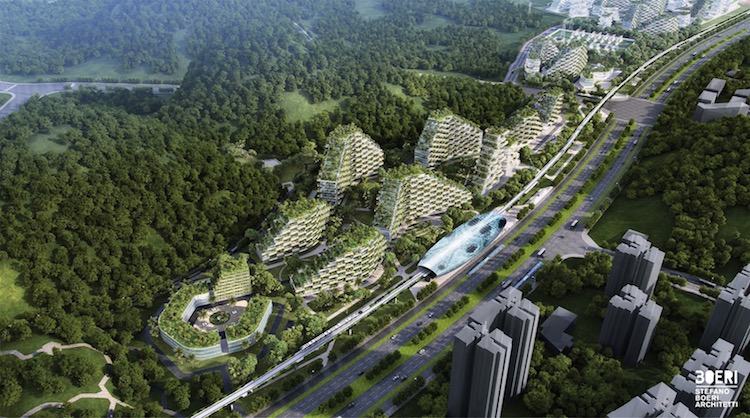 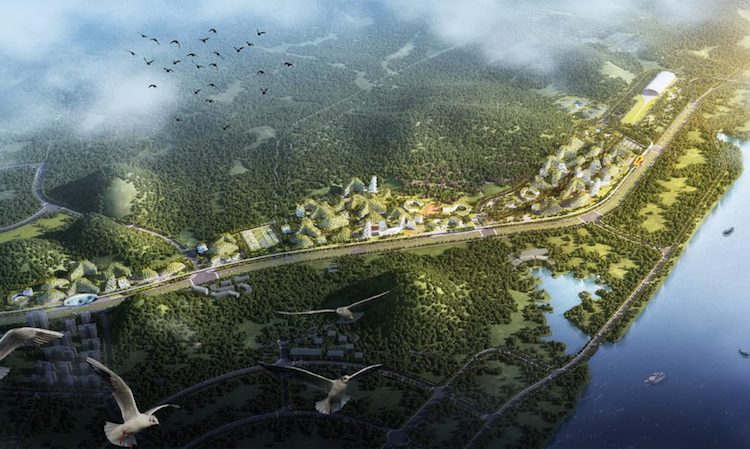 All images via Stefano Boeri Architects.