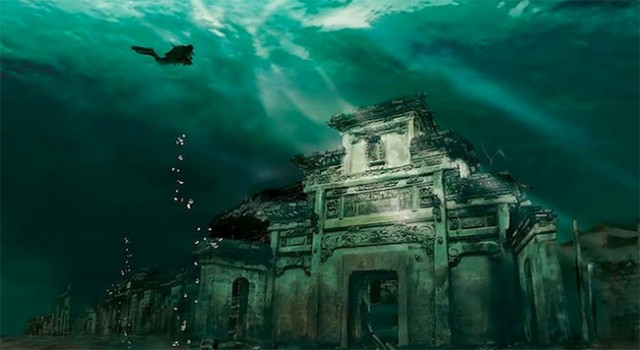 Beneath the water in the China's Qiandao Lake lies a hidden treasure. The ancient city of Shi Cheng (also known as Lion City), located in the province of Zhejiang, has been submerged underwater for 53 years. Shi Cheng was founded about 1,300 years ago in a valley surrounded by the Five Lion Mountains. When the Chinese government decided they needed a new hydroelectric power station, a dam and man-made lake were constructed and the city was left at the bottom of this new body of water. Now, it sits at a depths ranging from 85 feet to about 131 feet.

Much like the Machu Picchu ruins in Peru, this underwater city remained forgotten until some renewed interest lead to its rediscovery. Qiu Feng, a local official in charge of tourism thought about utilizing Shi Cheng for entertainment on the lake and as a destination for diving clubs. On September 18, 2001, scuba divers made their first attempt underwater. “We were lucky. As soon as we dived into the lake, we found the outside wall of the town and even picked up a brick,” Qui told Guangzhou Daily in an interview. More research was conducted, and it was discovered that the entire town was intact, including wooden beams and stairs. After the initial findings, international archaeologists and a a film crew recorded the preservation of the lost ruins.

Looking at surface of the lake, dotted with over 1,000 islands, you'd never know that an entire city was below. It's incredible to think that after all this time, the structure still remains intact and we could one day visit it. Until then, Shi Cheng will continue to remain inconspicuously submerged. 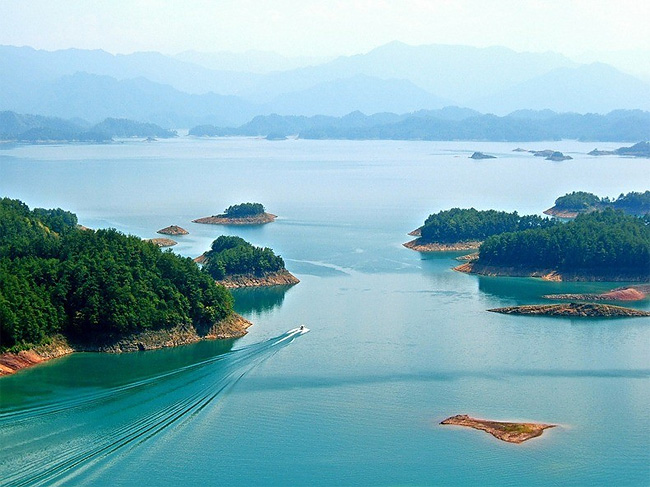 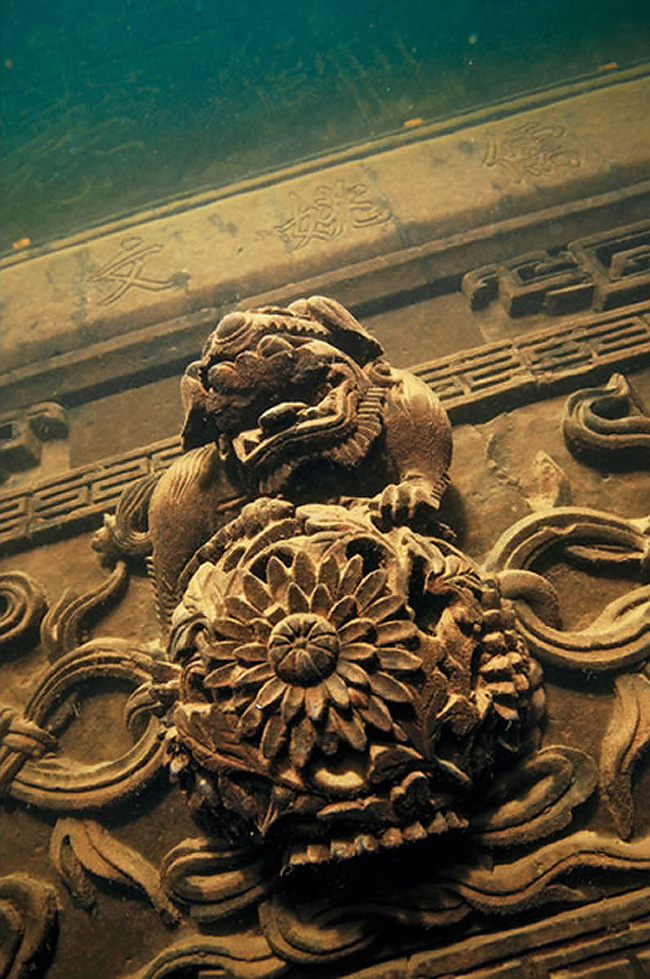 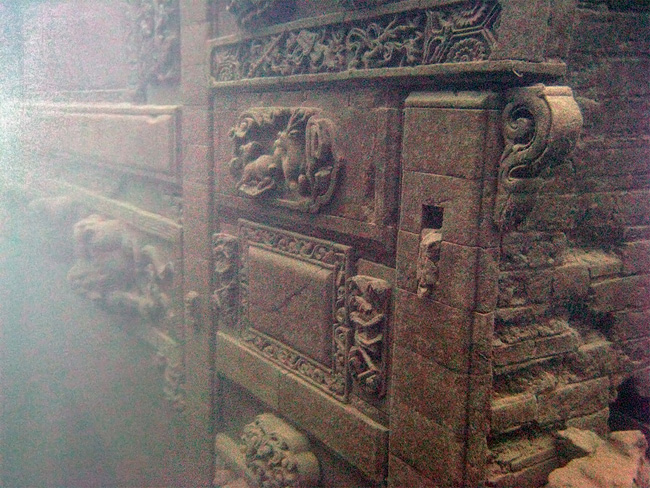 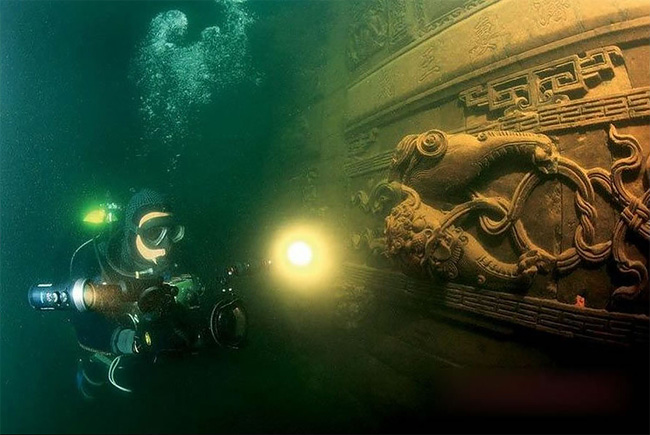 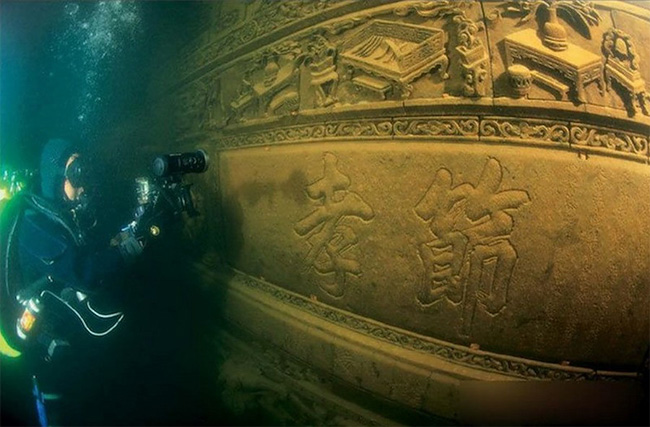 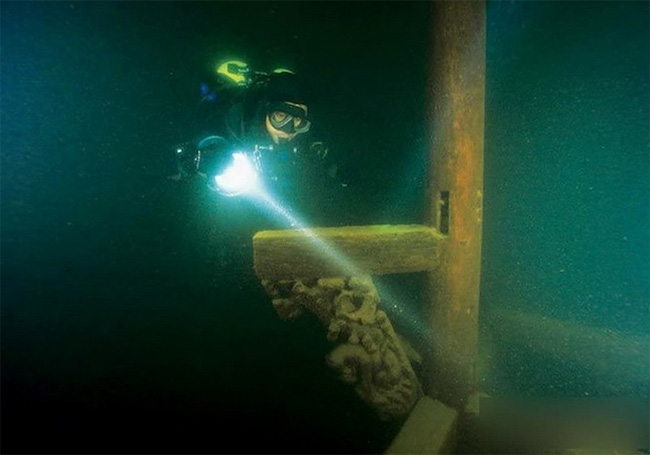 via [Fubiz, Love These Pics, and Amusing Planet]