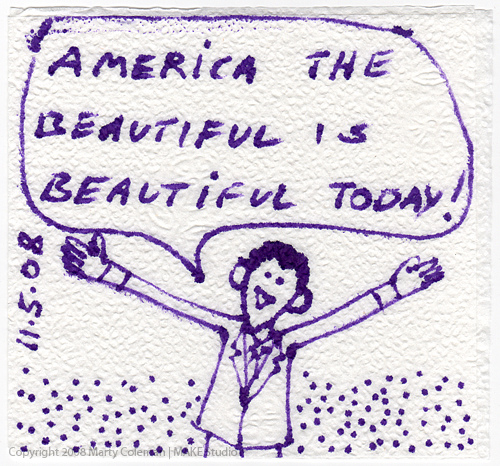 A wonderful, unexpected thing happened a few days ago, I discovered Napkin Drawings by Marty Coleman. At first glance, I thought, cute…just some funny artwork on a napkin. And then..I read Coleman's story. Napkin drawings are “a series of drawings and quotes on napkins put in my daughters' lunches for jr. high and high school every day over a 5 year period. I started doing the napkins while I was unemployed and making their lunches for school. I did 3 a day, one for each daughter. After many months I felt sort of depressed because, as funny as it sounds, it was the my main creative outlet, the only artwork I was doing at the time, and they were all being thrown away every day. ‘Oh well' I said, and went about doing them until the end of the year. My wife at the time was not happy in the marriage (we later divorced) and took the girls to California to visit her family in the summer, and I was not invited. I was home alone on Father's day when the girls called to tell me they had hid their presents for me around the house. I walked around the house following their hints and found my oldest's and my youngest's presents. My middle daughter directed me to a bottom drawer somewhere and there I found a napkin she had drawn for me (see above) and below it…there were all the napkins from the entire year! She had saved every one and given them back to me for Father's Day. It truly was the best present I ever got, I cried when I found them. She really didn't, and couldn't, understand how much it meant to me to have her do that, and to have them still in existence. I continued to draw the napkins for 4 more years, almost every day, until my youngest graduated from High School in 2004. I have them all now and am scanning them little by little. I expect I will make a book from them, or my daughters will I hope.” Here are a few of my favorites. 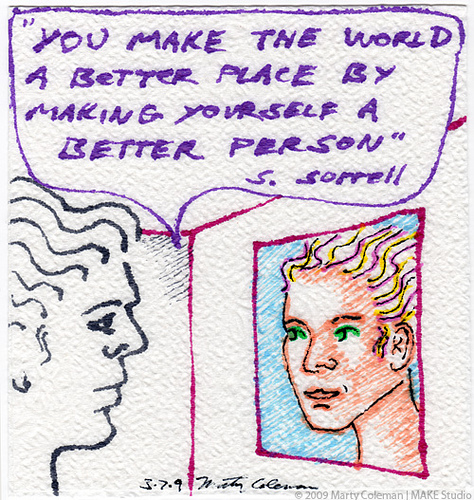 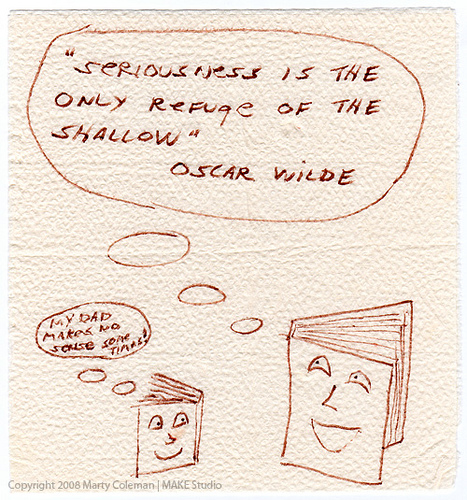 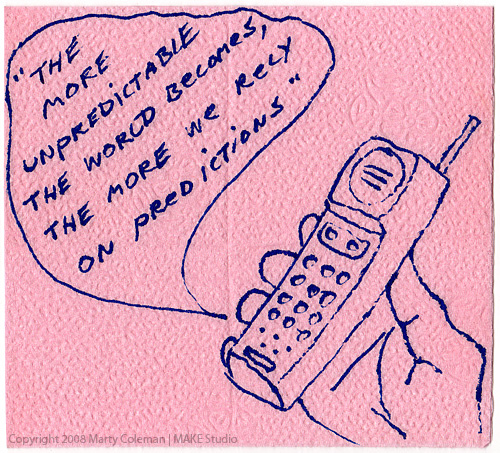 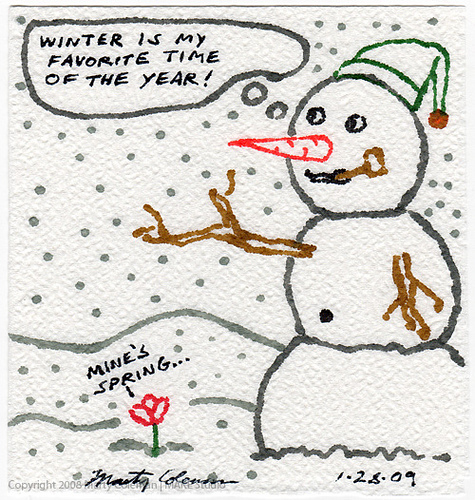 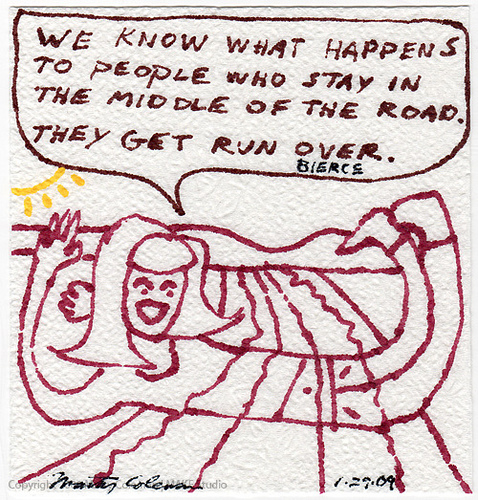 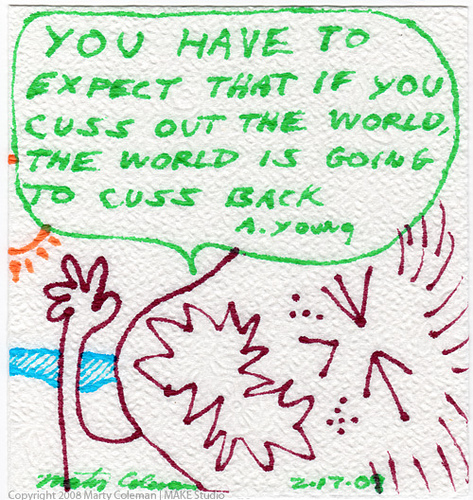 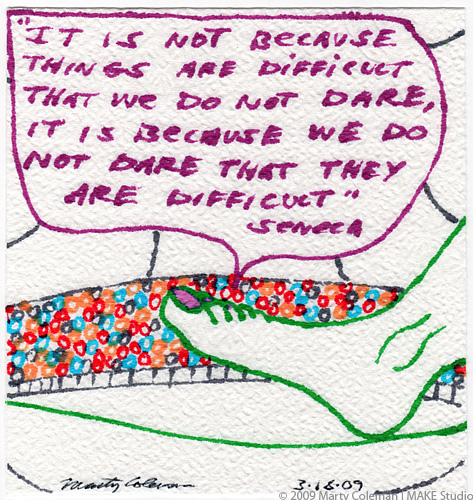 A beautiful story about a man who never thought his work would be appreciated but for the two seconds before his daughters scarfed down their bologna sandwiches. Now, it's been shared with the world. I've been inspired to think about ways in which I can incorporate art into my everyday life. When I have kids, I hope to do something unexpected and fun for them like this. Check out his blog and flickr set.