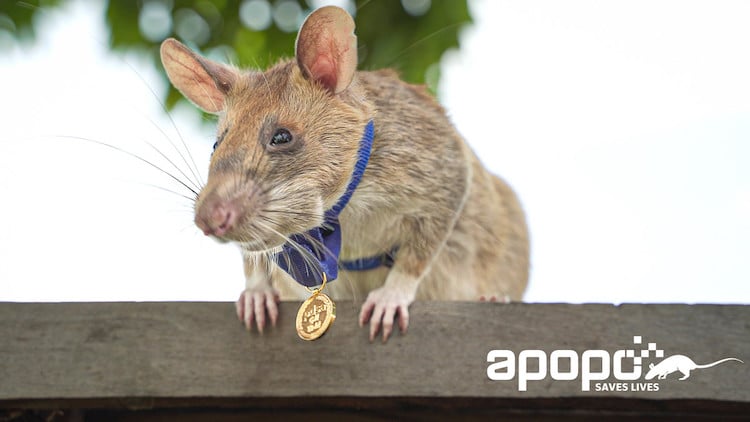 You may have heard of dogs being trained to detect explosives, but did you know that rats can also do the job?  In fact, one exceptional rat is being rewarded for his skills and honored for his courage. Magawa, an African giant pouched rat, was just awarded the PDSA Gold Medal for life-saving bravery. He's the first rat in the 77-year history of the awards to win a medal.

Magawa was born in Tanzania in 2014 and was trained to detect explosives by the non-profit Apopo through its HeroRAT program. For over 20 years, this organization has trained rats to detect landmines and tuberculosis. Magawa grew up at the Apopo facility in Tanzania and had nine months of training before being sent to Siem Reap, Cambodia in 2016.

As Apopo's most successful trainee, Magawa has found 39 landmines and 28 items of unexploded ordnance over the last four years. His exceptional detection skills have cleared nearly 35 acres, which has allowed these communities to live, work, and cultivate the land without fear of injury.

“The work of HeroRAT Magawa and Apopo is truly unique and outstanding. Cambodia estimates that between four and six million landmines were laid in the country between 1975 and 1998, which have sadly caused over 64,000 casualties,” said PDSA Director General Jan McLoughlin. “HeroRAT Magawa’s work directly saves and changes the lives of men, women, and children who are impacted by these landmines. Every discovery he makes reduces the risk of injury or death for local people.” 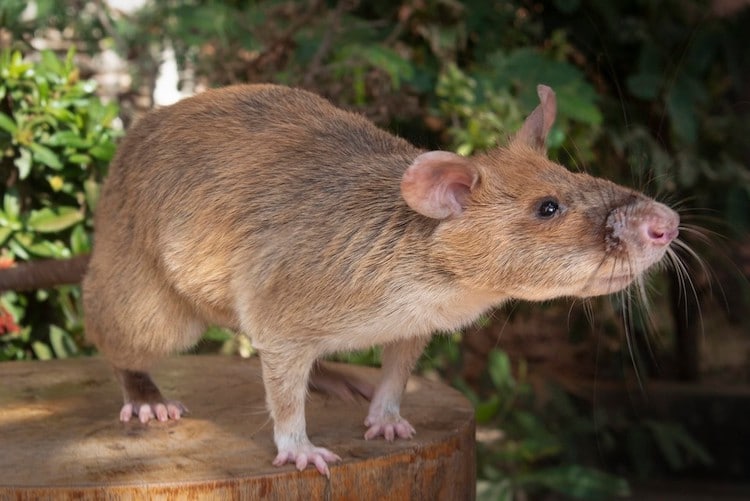 PDSA, which was founded in 1917, is the UK's leading veterinary charity. Every year, the organization holds the PDSA Animal Awards, which “recognizes acts of extraordinary animal bravery or exceptional devotion to duty.” Since 1943 it has rewarded animals working in a military capacity, while the Gold Medal—which honors civilian animals—was started in 2002. Magawa is the first non-canine to win the Gold Medal and joins a distinguished group of dogs, horses, pigeons, and cats who have won either the civilian or military medal.

The work these rats do is vital, as over 60 million people living in 59 countries from Angola to Cambodia live in fear of encountering undetonated landmines. Not only do these landmines cause potential physical harm, but they keep communities from using their land in a meaningful manner. These landmines also cut off transportation routes, leaving populations isolated and unable to return home after being displaced by war.

“Apopo’s HeroRATs significantly speed up landmine detection using their amazing sense of smell and excellent memory,” shares Apopo CEO Christophe Cox. “We use clicker training to teach rats like Magawa to scratch at the ground above a landmine. During training, they hear a ‘click' and receive a tasty food reward for finding the correct target scent. Unlike metal detectors, the rats ignore scrap metal and only sniff out explosives making them fast and efficient landmine detectors. This not only saves lives but returns much-needed safe land back to the communities as quickly and cost-effectively as possible. This in turn will allow the families living around the minefields to improve their livelihoods and get their lives back on track.”

All images via Apopo.