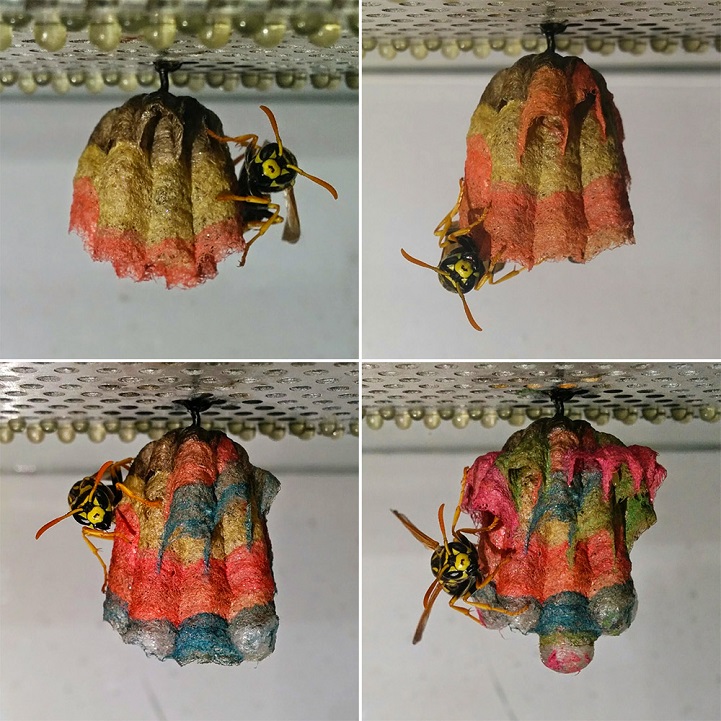 Biology student Mattia Menchetti performed an experiment on a colony of European paper wasps which yielded some very colorful results. Paper wasps are known for their water-resistant nests constructed out of fibers of dead wood and plant stems which have been chewed into a pulp and mixed with saliva. Menchetti provided a captive colony of these wasps with colored paper and in a beautiful display of entomological artwork, the insects produced a vibrant, rainbow nest.

Menchetti began by giving the wasps bits of yellow paper, and slowly introduced more and more multicolored sheets. The colony happily made use of the material to construct a sturdy, technicolor home to house their larvae. Paper wasps are some of the most common wasp species, typically seen in backyards around North America. They tend to establish a single nest across multiple seasons and generations; for this reason, their homes must be incredibly durable. A protein found in the saliva of these wasps is actually so effective at waterproofing their nests that it has been used by scientists to construct a biodegradable drone.

Menchetti has performed a variety of scientific studies about insects, mammals, and the ecology of alien species, which he explains in further detail on his website. 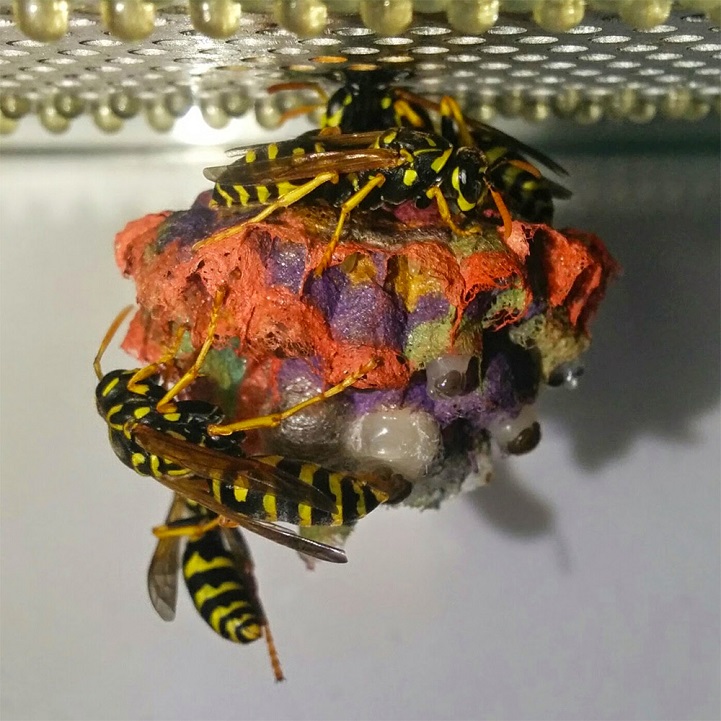 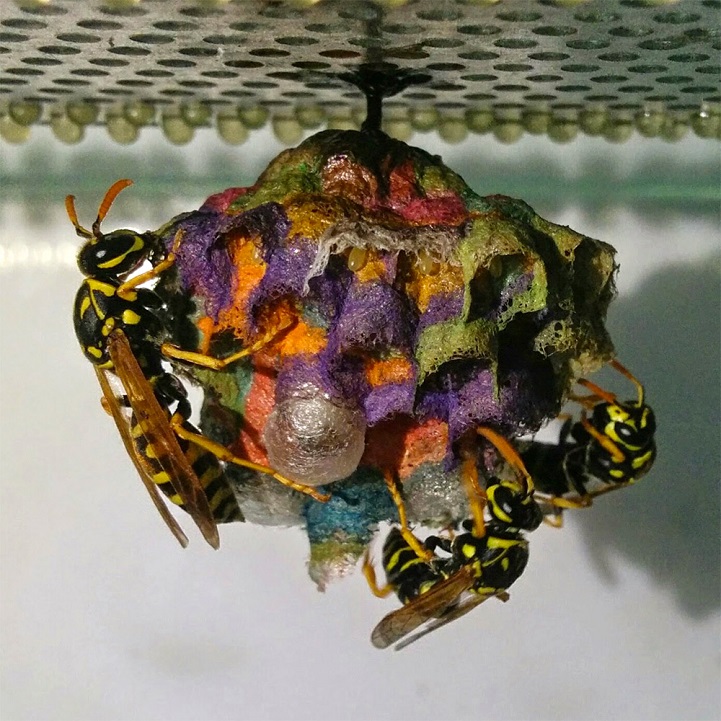 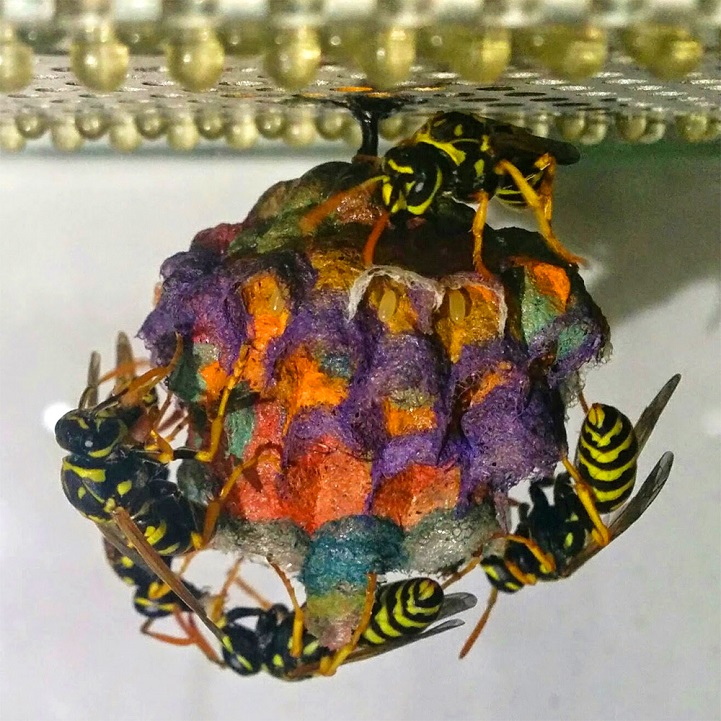 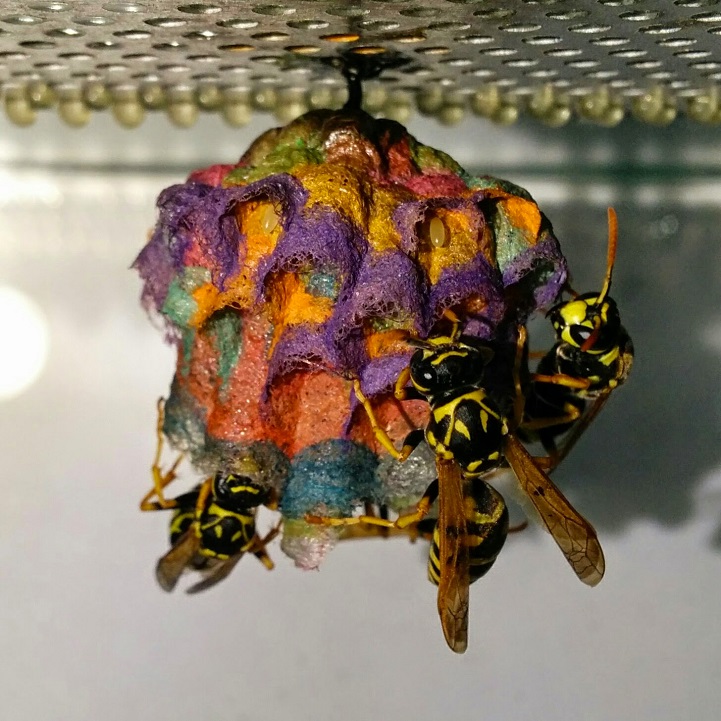 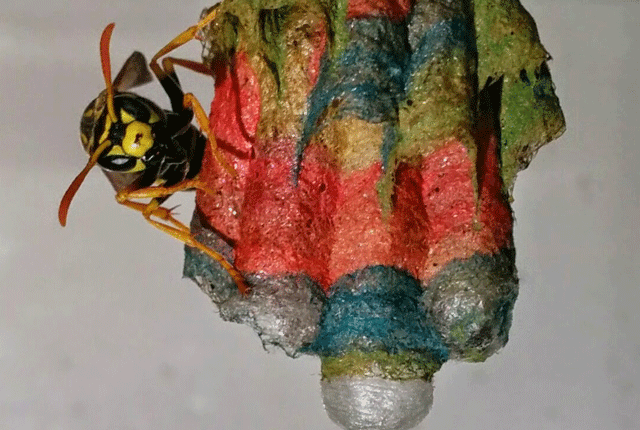