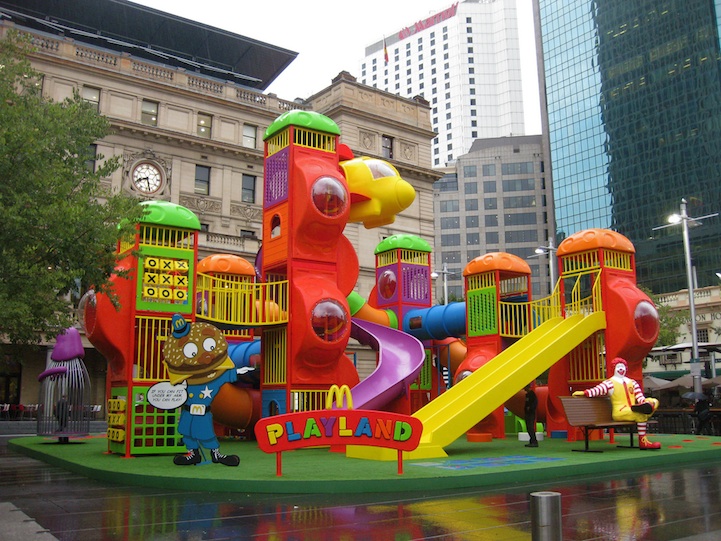 Tell me if I took a little too much Nyquil last night because I feel like I'm hallucinating here. Did McDonalds and their creative agency DDB Sydney really create an adult-sized playland? More than three stories high and taking up the entire forecourt of Customs House at Sydney's Circular Quay, the Playland was constructed by Gregsets, who's worked on incredible set productions for blockbuster movies like Star Wars and Moulin Rouge. The biggest McDonald's Playland ever constructed, it took an astounding eight weeks to build and includes slides that twist, turn and dip into a colourful ball pit, playful tunnels that wind and loop, and an adult-size aeroplane, helicopter and giant bus.

Design credits go to DDB Sydney, production house Revolver, Rhinoplay and renown art director Karen Murphy who built the playset in the likeness of the ones you'd see at McDonald's restaurants today while including retro elements from the 1970s and 1980s. You'll find all of your favorite characters super-sized like Ronald McDonald, Officer Big Mac, Grimace cage and Hamburglar! 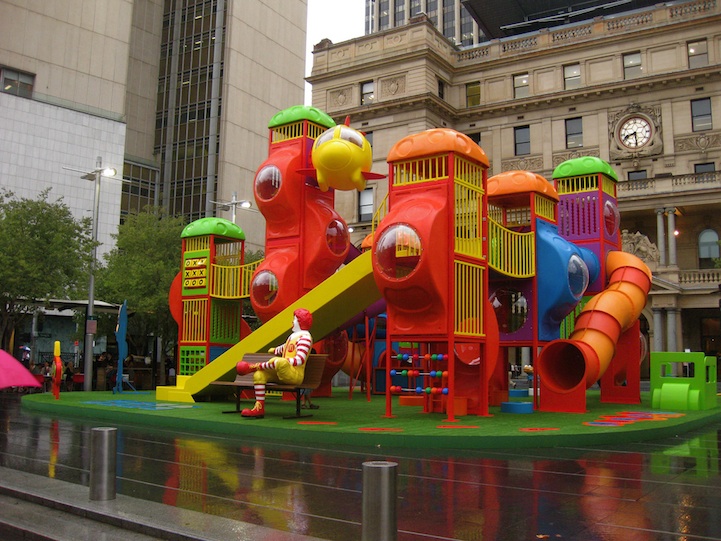 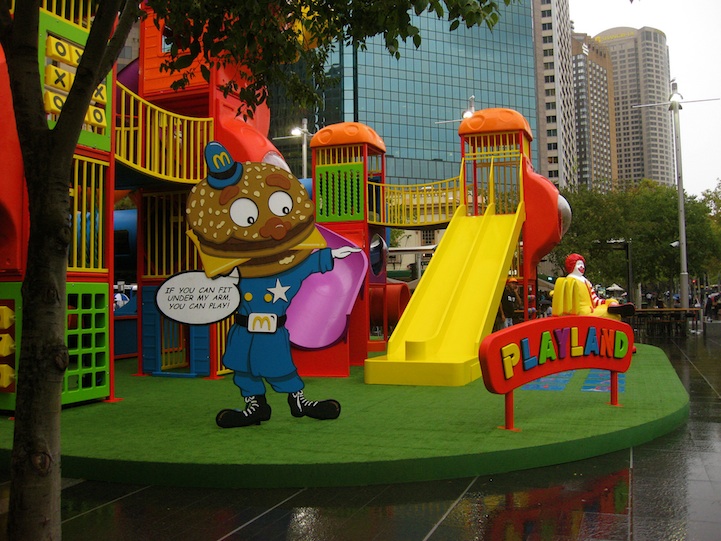 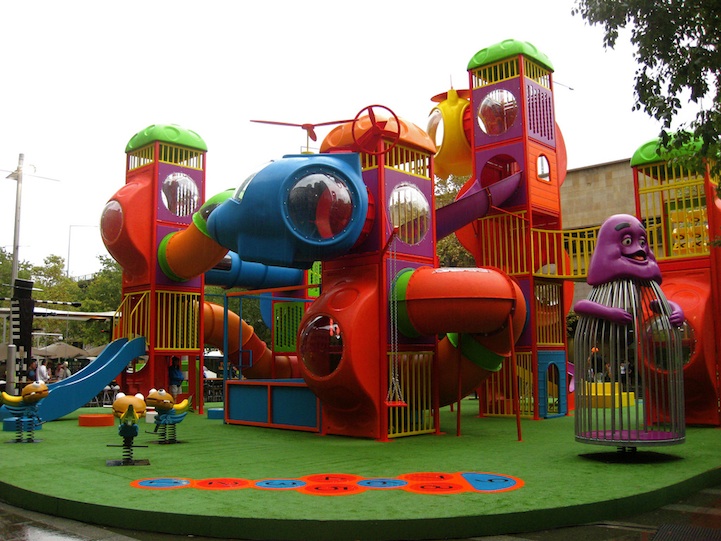 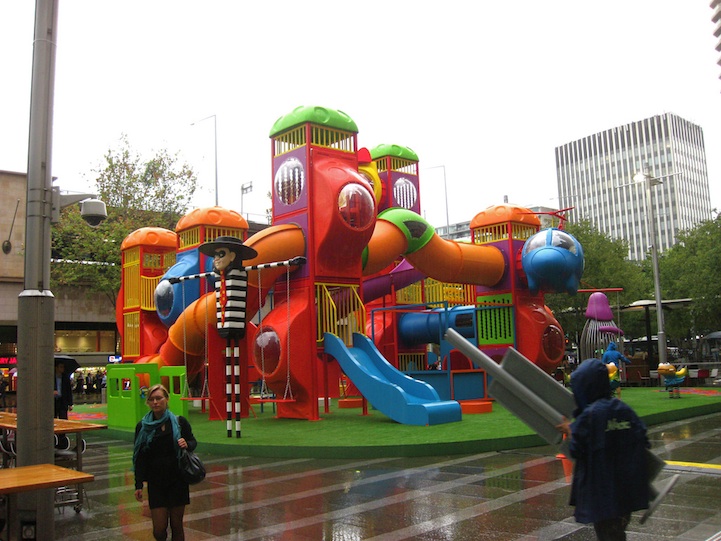 The coolest part? Even though the set was made for a commercial, as part of the filming, the Playland was opened up for the playing pleasure of more than 300 everyday Australians on Monday the 29th and Tuesday the 30th.

“Adult life carries many restrictions so we want to remind people that McDonald's is still a place were you can have fun, be yourself and not be judged. A place where you feel like a kid again,” said Helen Farquhar, Director of Marketing, McDonald's (ANZ). “This adult-sized Playland allows us to forget about the deadlines, budgets and stresses of life and just revel in this incredible childhood arcadia. And the best part is the McDonald's characters we loved as kids are back old school style giving us the opportunity to reclaim our childhood, to look at the world through younger eyes again and just lose ourselves – if only for a minute.”