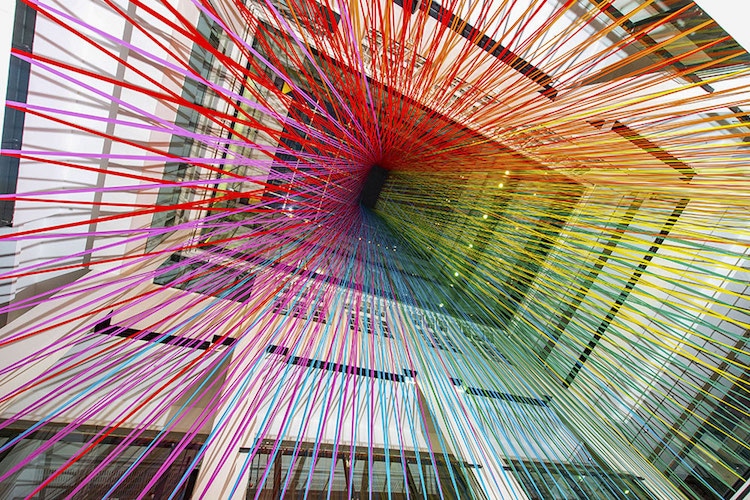 The newest site-specific installation by American artist Megan Geckler is a colorful, cascading rainbow filling Sydney’s historic Customs House. 46,000 feet of flagging tape streams down the six-story atrium in a work titled A million things that make your head spin.

Geckler’s bold, graphic work is a careful study in optical order and architectural construction. Even the material she uses—flagging tape—is a purposeful choice that recalls the boundaries placed around construction sites. The enormity of the installation is not lost on the artist.

“Large-scale installations are defined entirely by their surface, hollow on the inside, challenging the notion that sculptures have both weight and volume,” Geckler shares. “Essentially drawings in space, they bisect and alter our perception of the architecture and become seemingly kinetic as the viewer’s orientation changes.”

The Sydney installation, which remains on view until April 30, 2017, was completed with the help of local volunteers. Using a community posting, she recruited a team of assistants who were able to see her vision through, from start to finish.

An explosion in technicolor, visitors enter into a bright vortex that is at once engaging and confusing. Geckler purposely chose a scale of 6 colors that when layered in rotation, give the optical illusion of a rainbow of gradients. Indeed, this play with optics feeds back into the piece’s title, as it will make your head spin.

This tape installation pulls visitors into a technicolor vortex and plays with human optics. 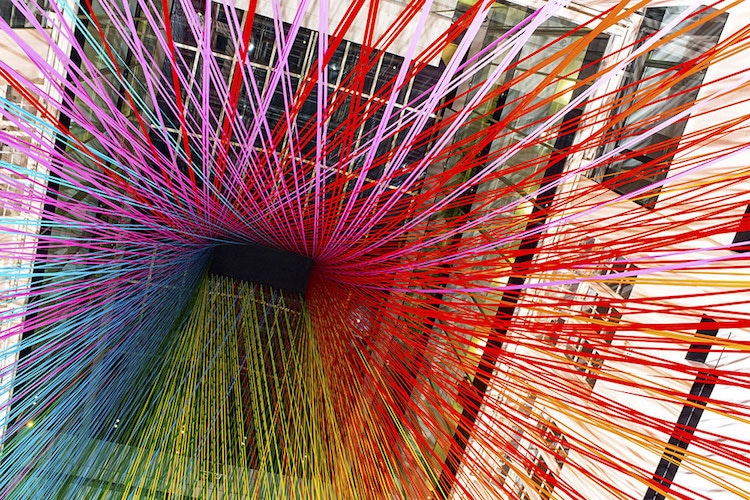 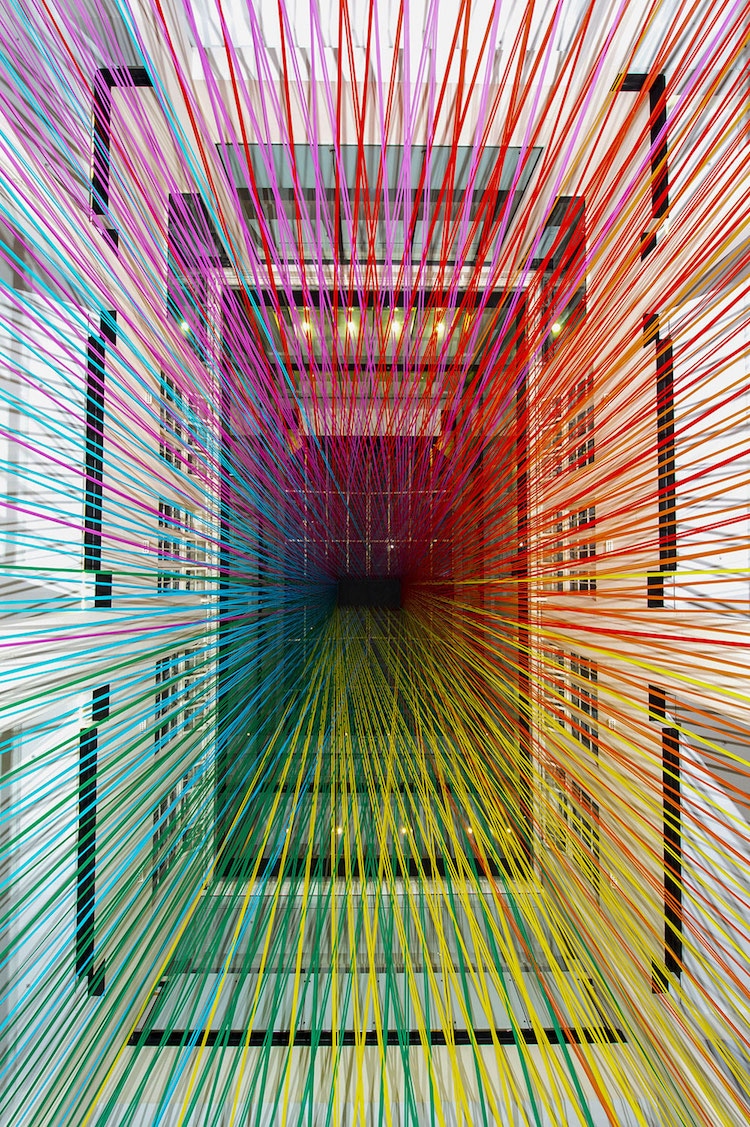 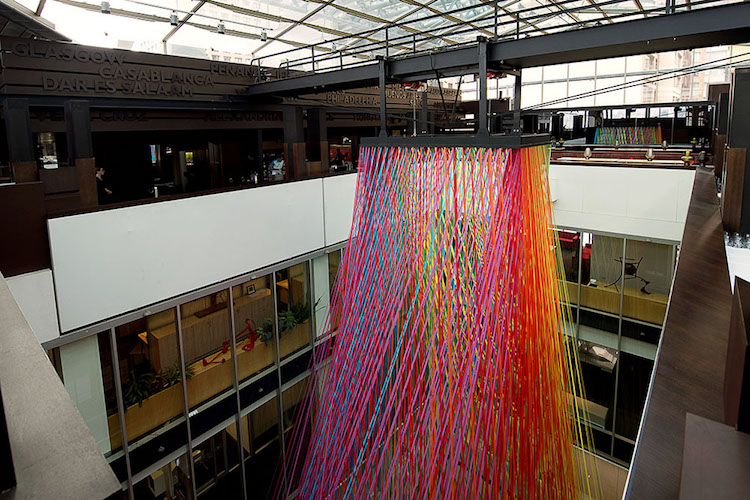 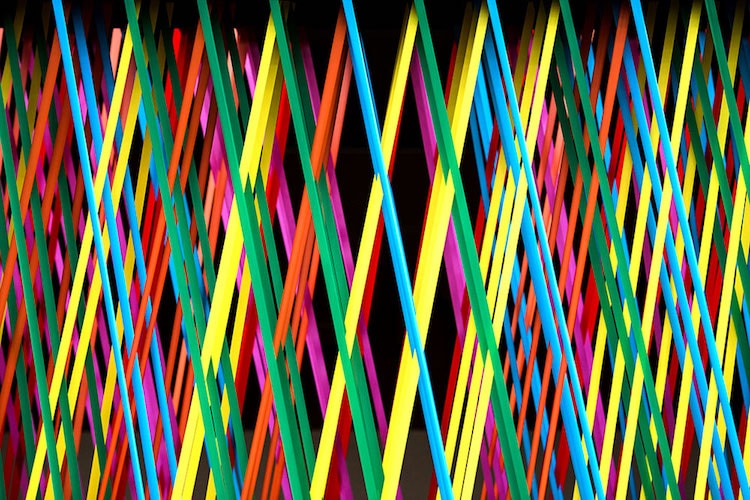 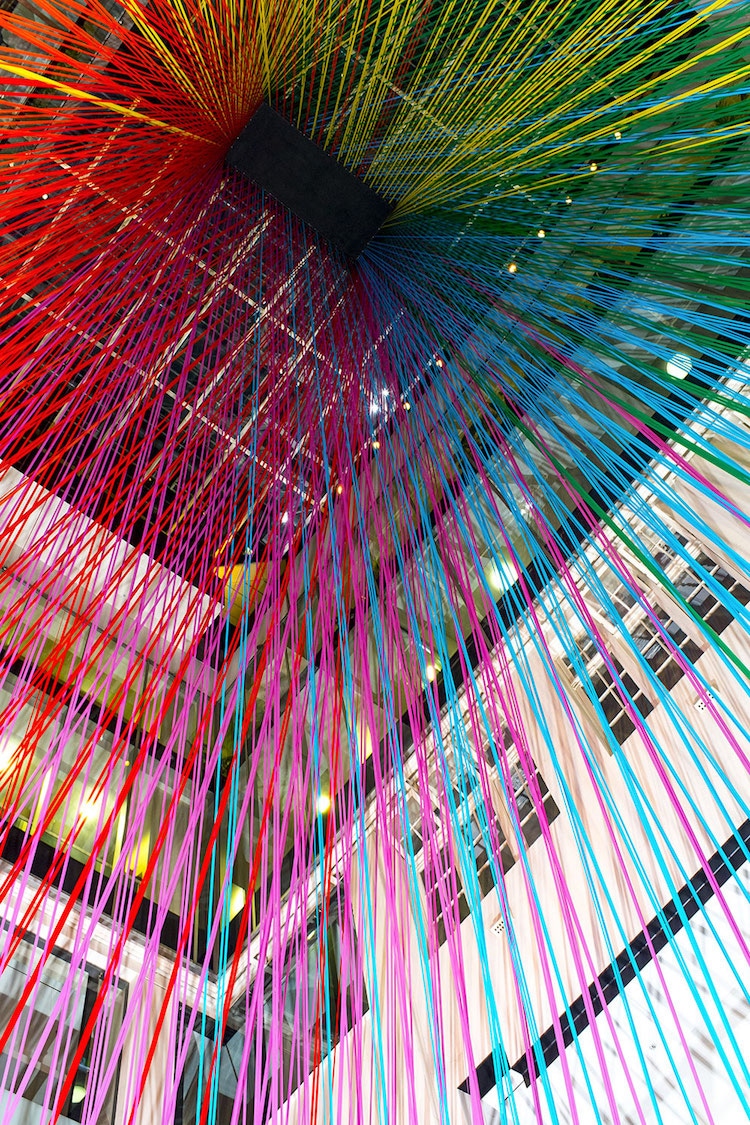 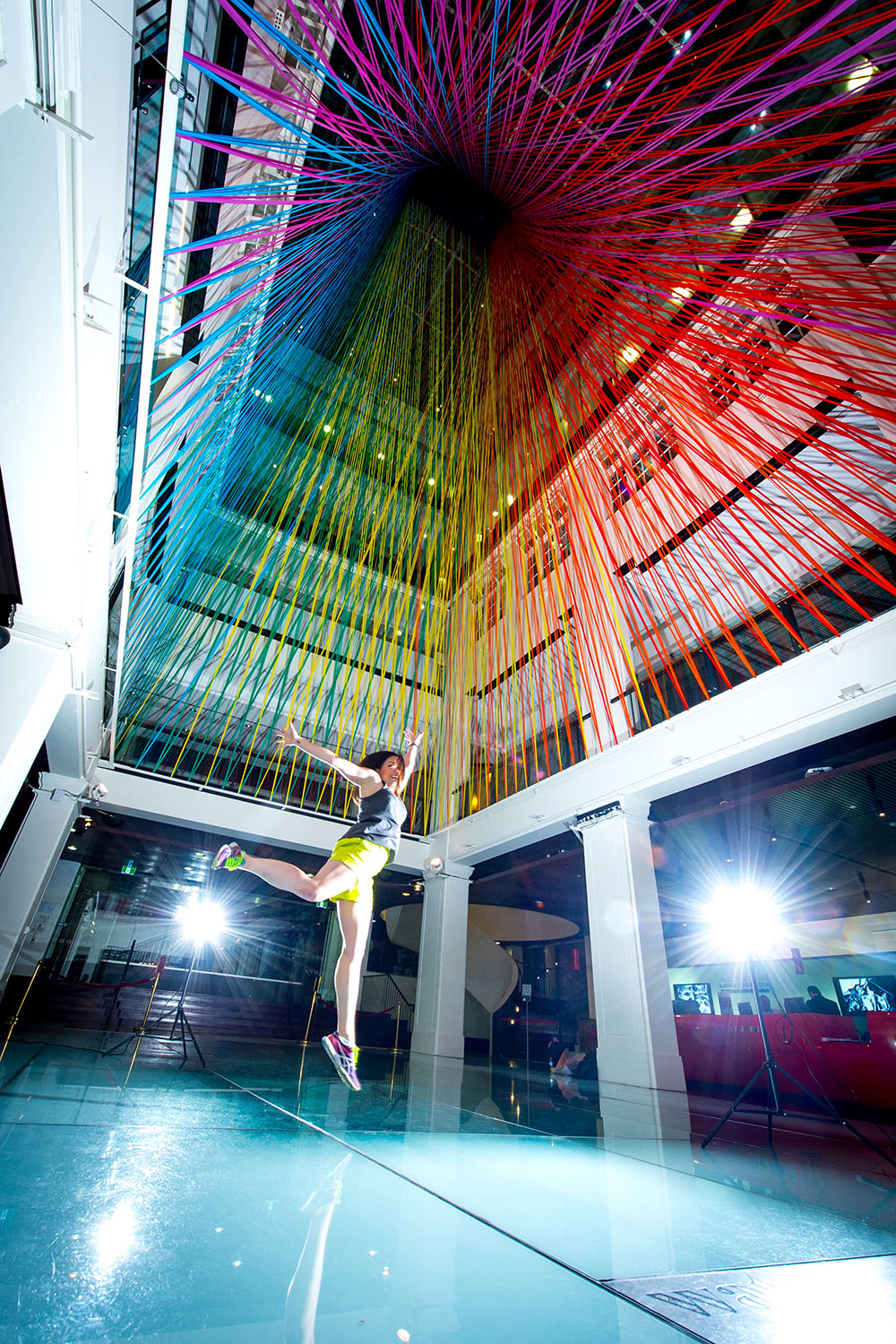 All images via the artist except where noted. 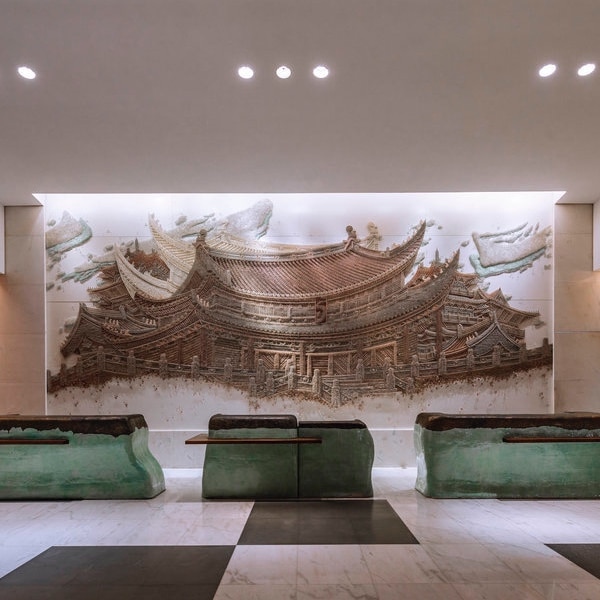