The World’s Most Crowded Wave Pool 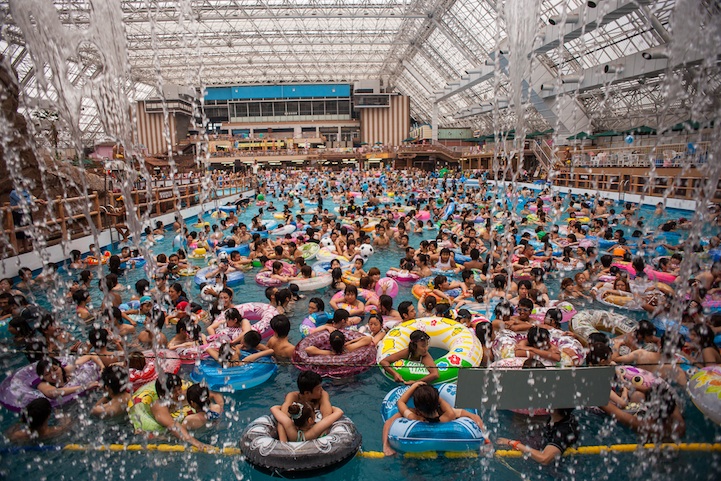 Where do you go to escape the heat? In a recent series, photojournalist Michael Yamashita shared how the Japanese are keeping cool amidst a scorching heat wave. Tokyo Summerland is a popular water park that's home to the world's most crowded wave pool. During the summer, it's been said that there's so many people jammed in there that it's hard to find water inside the pool! It's literally a sea of heads. (Don't believe us? Watch this video.)

Yamashita, who we had the pleasure of interviewing, told us that he's received a “surprising number of negative reactions” to these recently posted pictures. “It seems a number of viewers are horrified, appalled, nauseated and generally grossed out by the sheer number of swimmers squeezed into these mega-pools,” he says.

“There's no question that given the heat, humidity and population of Tokyo in the summer, the throngs at any swimming pool there are going to, by definition, test the limits of crowd control and sanitation. Japan, however, is prepared for this and manages to keep everyone happy and cool no matter how jam-packed the pool – by moving the water rather than the swimmers. While not exactly conducive to laps, giant wave pools surge with swells a meter or higher, drenching stationary bathers so they don't need to swim to cool off. Other pools feature circular courses with a current that keeps everyone moving together in the same, very orderly, direction. And of course, Japanese people, by tradition and habit, are arguably the cleanest – not to mention the most cleanliness-conscious – in the world. The water in these pools is clean enough to drink!” 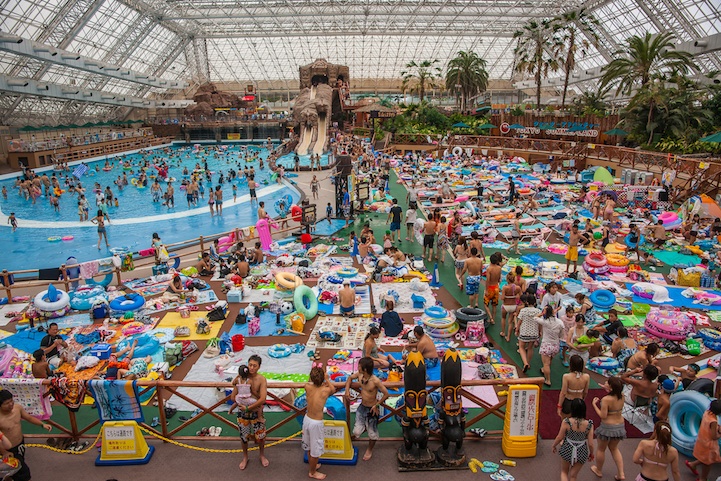 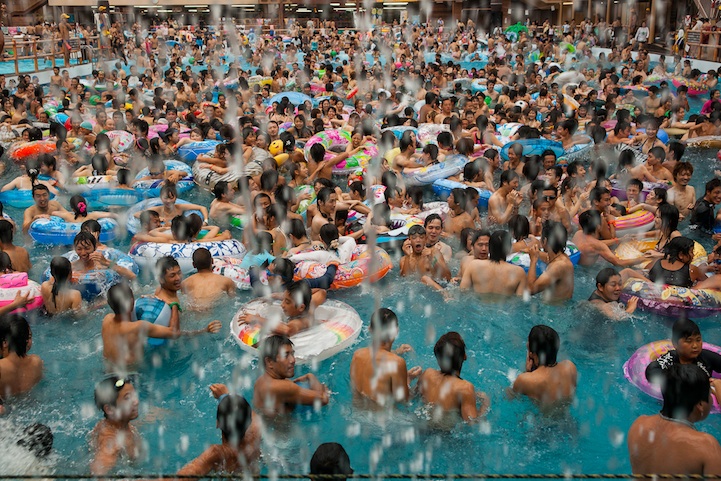 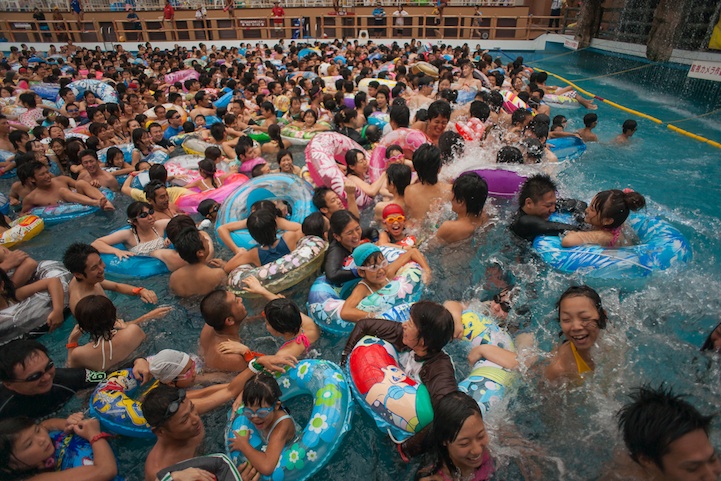 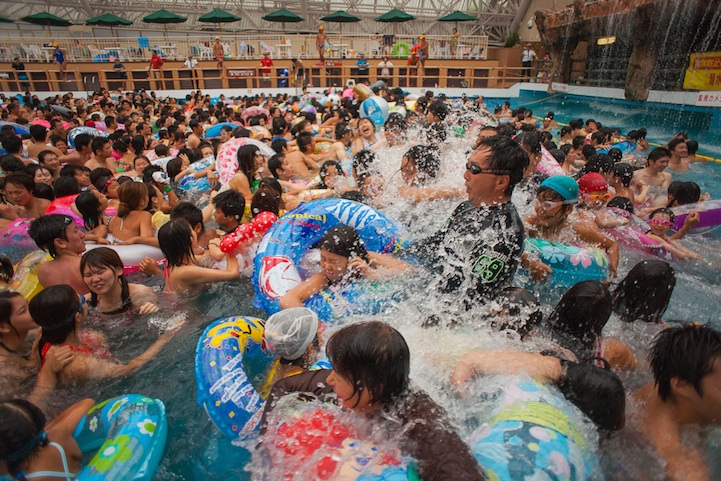 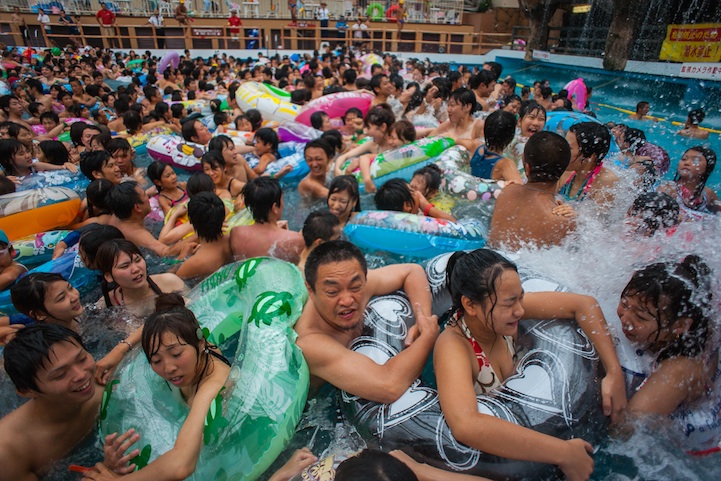