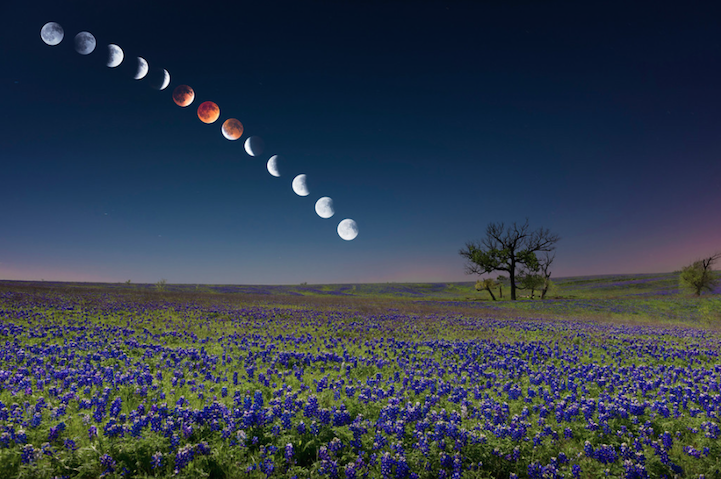 There's a good chance you've already seen this stunning image pop up on your newsfeed or dashboard at some point. With over 70,000 shares on Facebook and features on dozens of media outlets, Texas-based photographer Mike Mezeul II's shot of the recent blood moon lunar eclipse has officially gone viral. While many photographers went without sleep on April 15 in order to photograph the rare natural phenomenon, Mezeul's image is particularly unique. The foreground consists of a vibrant field of bluebonnets, contrasting beautifully with the night sky. Shining above the field are images of the phases of the lunar eclipse, showing the moon's path across the sky throughout the night.

Creating the final image took a lot of time, patience, and effort. Mezeul first photographed the field of bluebonnets before midnight, and then spent the next seven hours shooting the moon and its progression across the sky. After a long night of shooting, he post-processed the photos and masked different shots of the moon phases into the image of the field. The final result is a spectacular composite image that highlights the beauty of nature and the night sky. 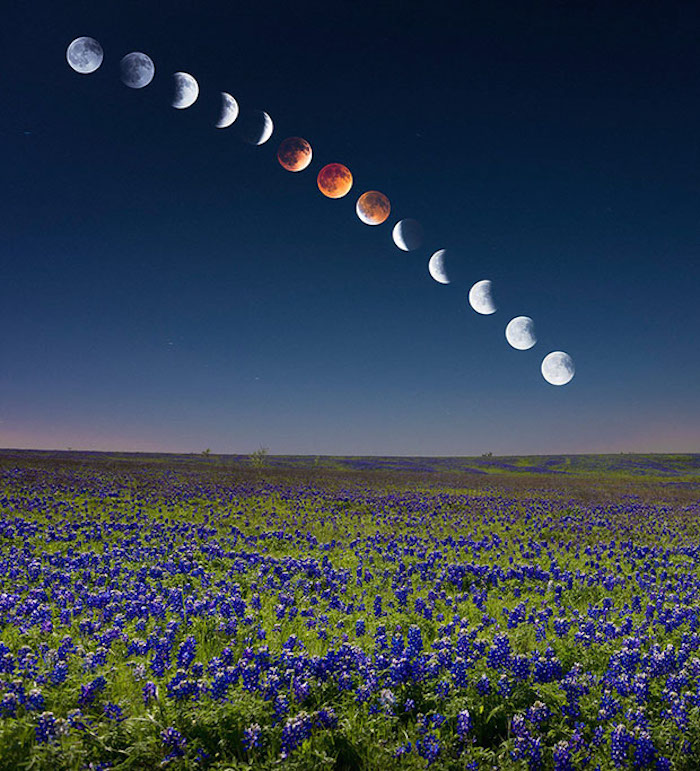