Desaturated Couple Appear to Be Stuck in Black and White 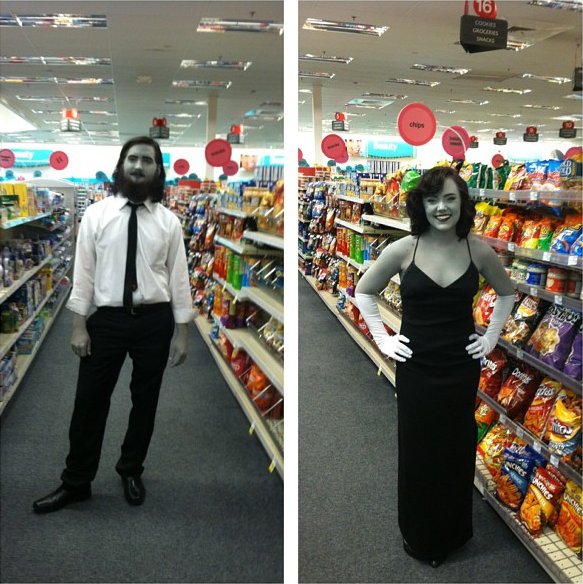 Believe it or not, these pictures have not been digitally manipulated. Recently, Redditor royally_eft and her friend desaturated themselves without having to rely on a computer. The duo covered their bodies from head to toe in monochromatic make-up and 1920's costumes and hit the town. This creative guy and gal certainly stood out against a colorful world as they posed in front of store shelves and with people who weren't in costume.

The final photos produce a bit of a nostalgic feeling, where ghostly figures of the past mix with the many colors of the present. This isn't the first time colorless figures have roamed the streets. In both 2009 and 2010, Brody S. dressed up in a fully desaturated Santa costume to create the illusion of the fun, non-digital Photoshop technique in action. 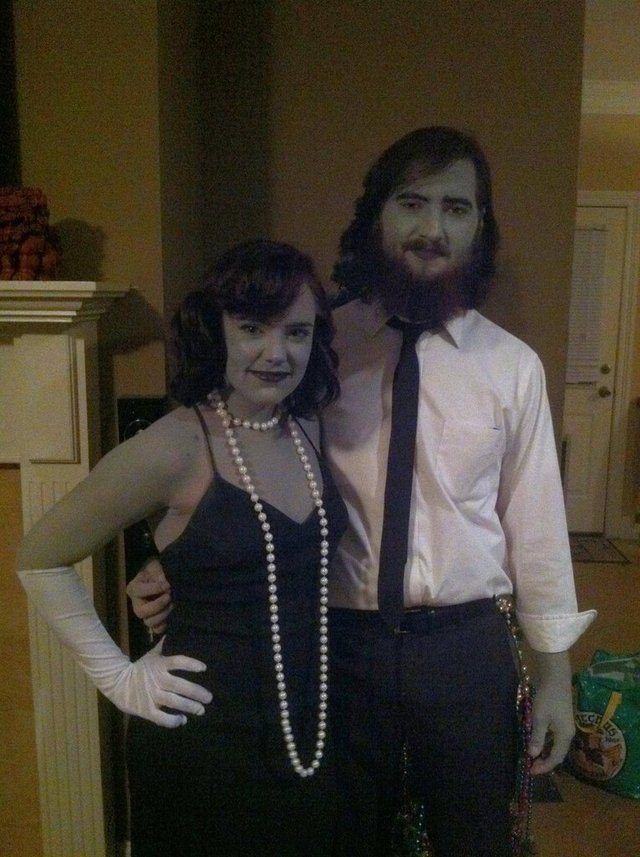 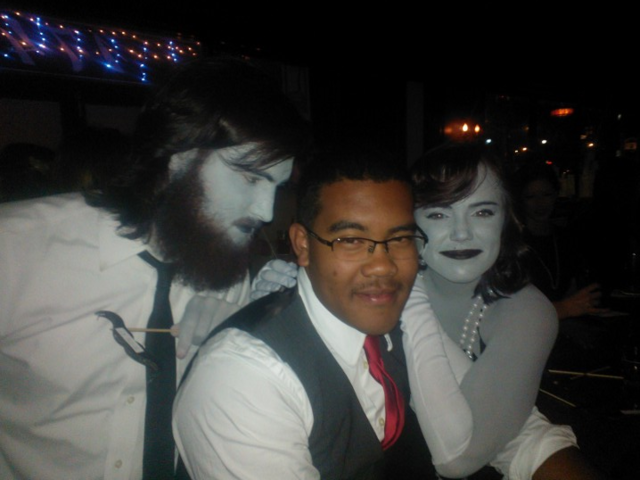 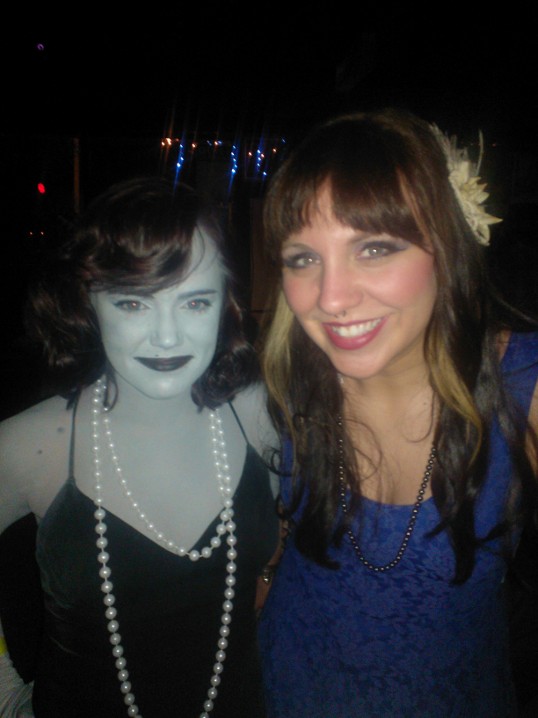