Spectacular Single Image of the Earth and Moon Taken from Mars 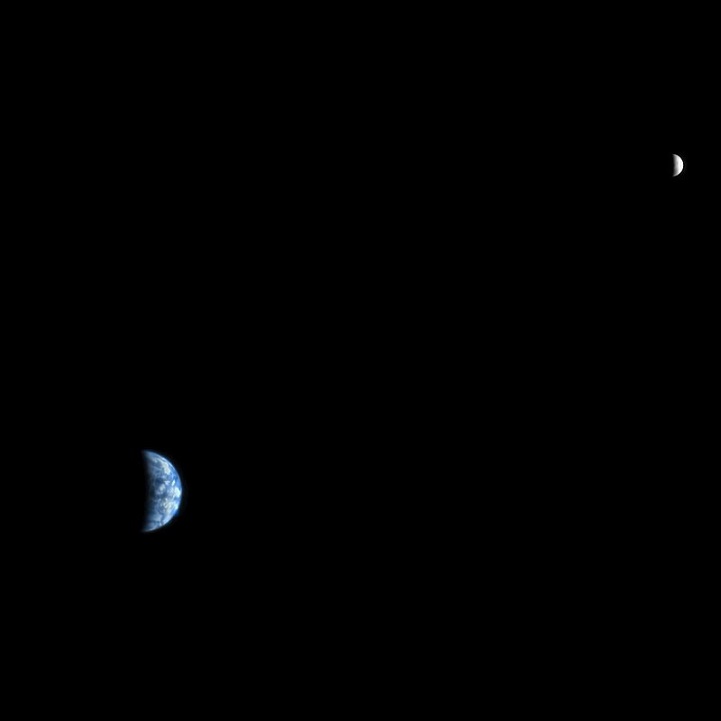 Captured by the High Resolution Imaging Science Experiment (HiRise), back in October 2007, this amazing photograph shows the Earth and the moon, as seen from the orbit of Mars. Collected by the HiRise camera on NASA’s Mars Reconnaissance Orbiter, the beautiful image places the two floating space rocks in a single frame, allowing one to objectively view our own minute place in the universe.

When the image was collected, Earth was 142 million kilometers (88 million miles) from Mars, giving the image a scale of 142 kilometers per pixel.  Due to distortion, the photo doesn’t really accurately portray the distance between the moon and Earth, so a scaled image, below, makes it slightly easier to visualize. On the Earth, just a hint of geographic detail can be seen, as one is able to determine the outline of the west coast of South America on the lower right, though the clouds dominate the surface of our home planet.