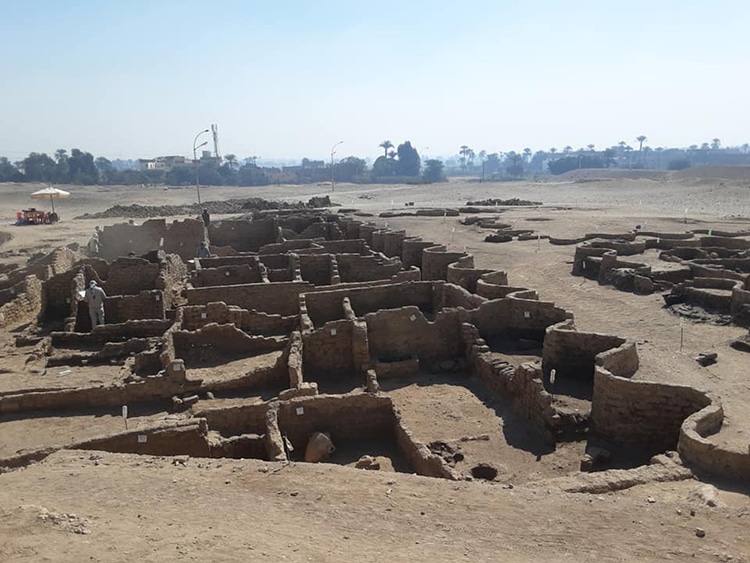 Egypt's “lost golden city” has at last been found. A team of Egyptian archeologists led by former antiquities minister Dr. Zahi Hawass announced in a statement on April 8, 2021 that they had uncovered the ancient city of Aten. The remarkably well-preserved city is over 3,000 years old and dates to the New Kingdom period of Egyptian history. Egyptologists around the world are hailing the discovery as—in the words of American professor Betsy Brian—the “second most important archaeological discovery since the tomb of Tutankhamun.” The settlement is the largest ancient city so far unearthed in Egypt

The city of Aten is actually connected to the legendary boy pharaoh of Egypt. Located near Luxor (ancient Thebes) in Upper Egypt, Aten is in close proximity to the Valley of the Kings. According to Hawass, the team began a search in the area for the mortuary temple of Tutankhamun. They were surprised to discover that under the sand was a vast expanse of well-preserved walls clearly delineating a city of great size. As it turns out, they had discovered the bureaucratic and industrial city complex founded by King Amenhotep III (who ruled 1391-1353 BCE). The complex also includes two royal palaces and a series of rock-cut tombs which have yet to be excavated.

Excavations at the site began in September 2020 and proceeded quickly. Countless walled rooms made of mud brick were used for different purposes—including a bakery and kitchens that were clearly intended to feed many people. Scarabs, pottery, rings, and wine vessels have also been discovered. Inscriptions on the wine vessels as well as cartouches on the bricks have helped date much of the city's activities to Amenhotep III's reign, including the years he reigned with his son Akhenaten.

These snippets of daily life will be incredibly valuable to scholars. According to the press release, the team discovered a vessel containing cooked meat which bears the inscription: “Year 37, dressed meat for the third Heb Sed festival from the slaughterhouse of the stockyard of Kha made by the butcher luwy.” This poses a question for historians, who have typically thought Aten was abandoned in favor of moving the capitol to Amarna only a year after the dated inscription. With this new information, the history of these cities during the reign of Akhenaten and even Tutankhamun may be rewritten.

The excavation remains ongoing, with much of the administrative buildings and gravesites yet to be explored. The team announced that “the mission expects to uncover untouched tombs filled with treasures.” These rich discoveries may be more glittering than ancient vessels filled with meat, but every corner of the “lost golden city” of Aten is proving to be a goldmine of knowledge for understanding life in a center of royal power in ancient Egypt.

The “lost golden city” of Aten has been discovered near Luxor (ancient Thebes) and close to the Valley of the Kings in Egypt. 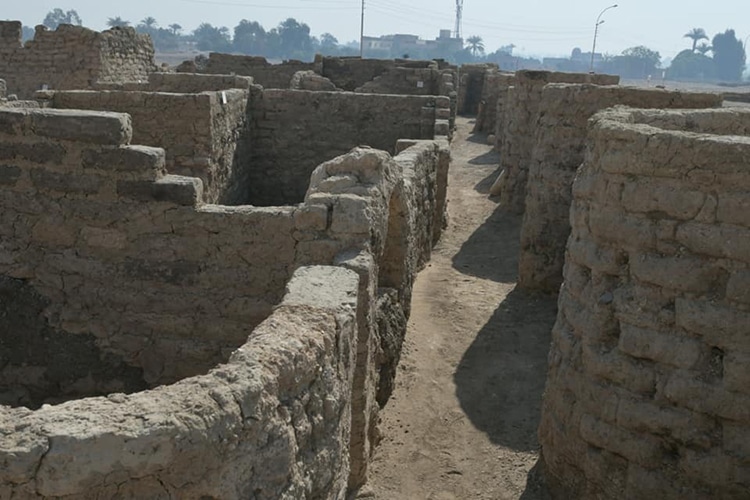 Discovered by former antiquities minister Dr. Zahi Hawass, the settlement is the largest ancient city so far unearthed in Egypt. 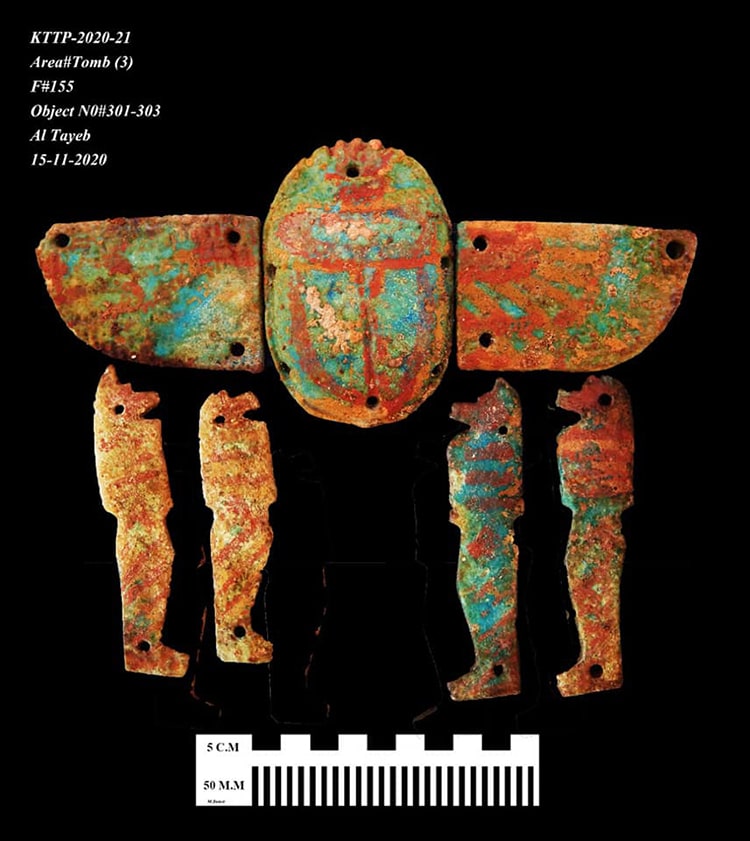 The team has discovered countless artifacts relating to ancient everyday life in a center of imperial power. 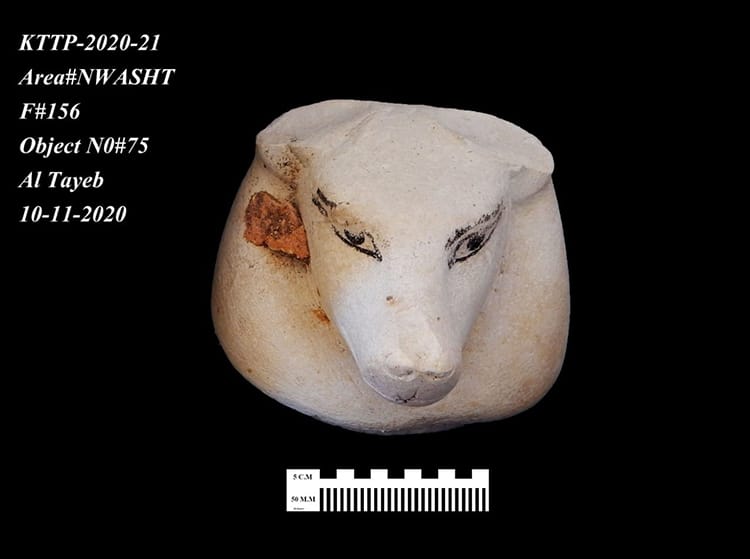 Inscriptions date the city to the rule of King Amenhotep III, but the discoveries are also upending the established timeline of capitol royal cities in Egypt. 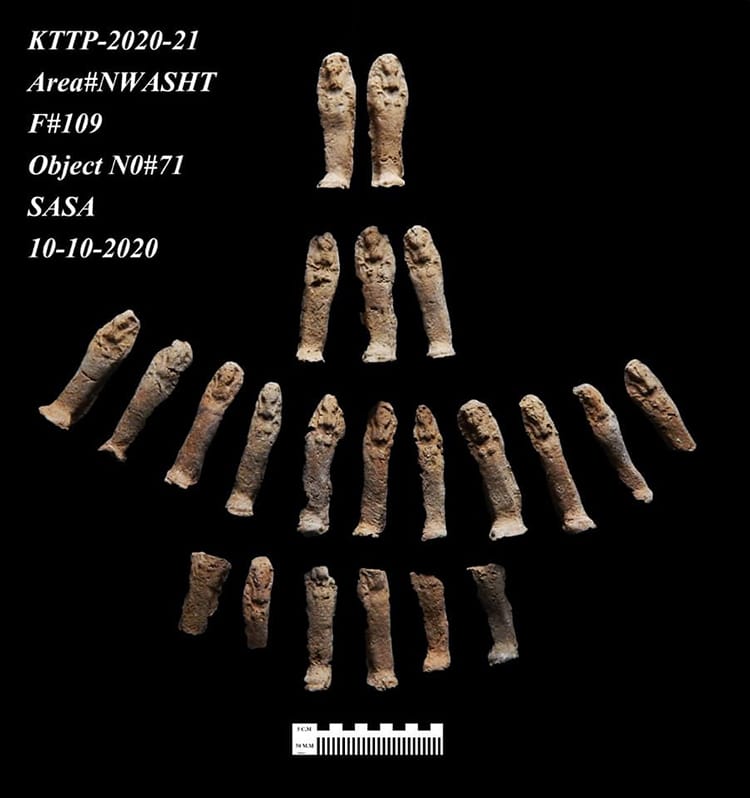 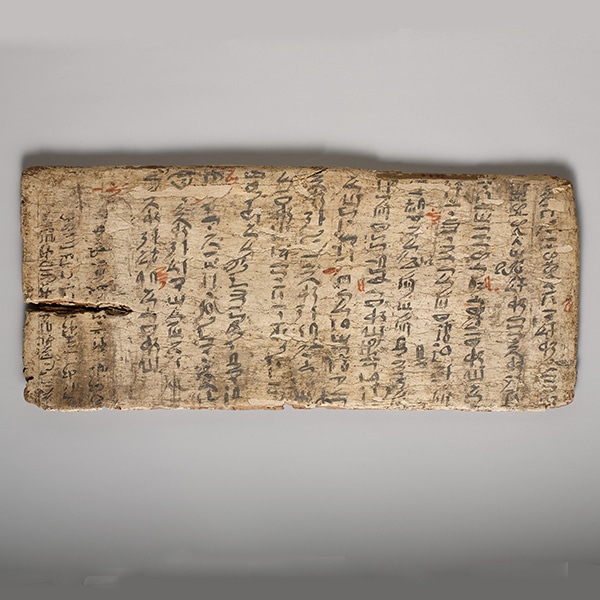