Crumbling Staircase Made of Salt 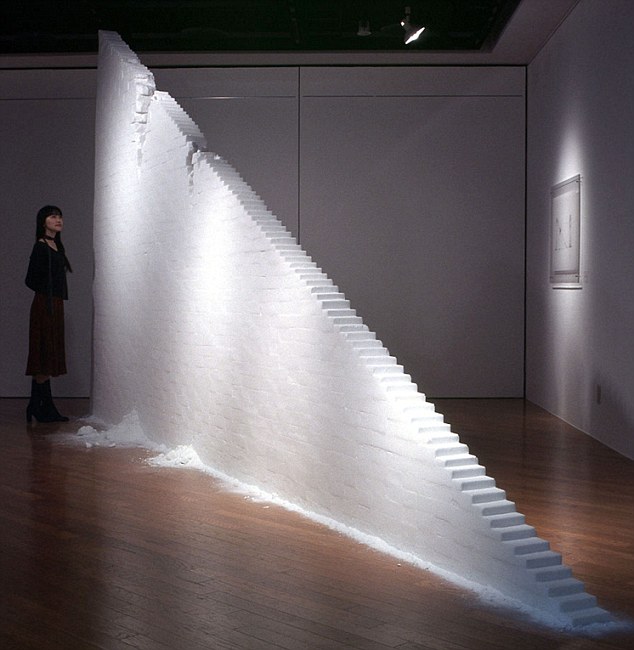 Earlier this month, we were awestruck by Japanese artist Motoi Yamamoto's incredibly detailed salt maze floor installations and continue to be mesmerized by the art he creates with his medium of choice. As Alice first explained, “Salt has a special place in the death rituals of Japan, and is often handed out to people at the end of funerals, so they can sprinkle it on themselves to ward off evil.” While the material holds great personal significance for Yamamoto, who had to come to terms with the tragic death of his sister at a young age, this piece reflects on the devastating effects of earthquakes.

The sculptural salt staircase known as Utsusemi is an amazing body of work that has been presented several times in Japan and even made its way to P.S.1 in New York. It is more than a simple stationary piece. The work, though sculptural in its structure, has an interactive element to it. Blocks of salt are stacked atop each other to form a narrow flight of stairs that crumble at the presence of a simulated earthquake. At once, the piece echoes architectural ruin as well as the pouring of salt for the lives lost in the aftermath of the natural disaster that is so prevalent in Japan. 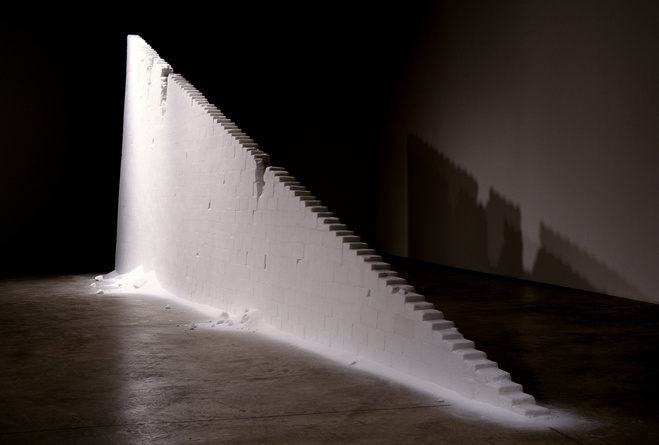 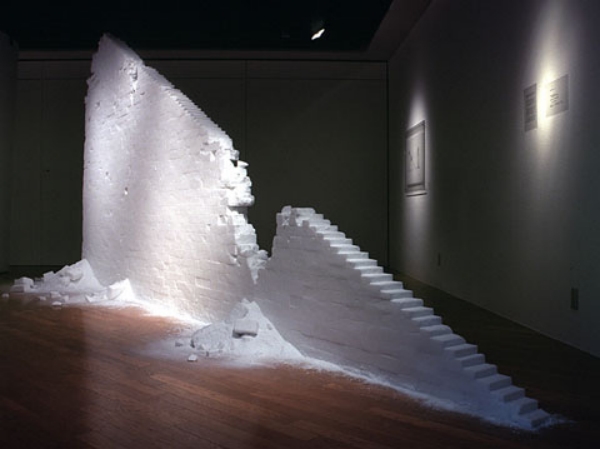 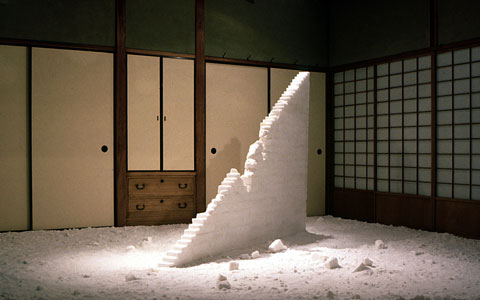 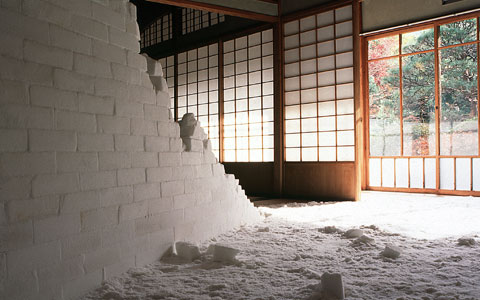 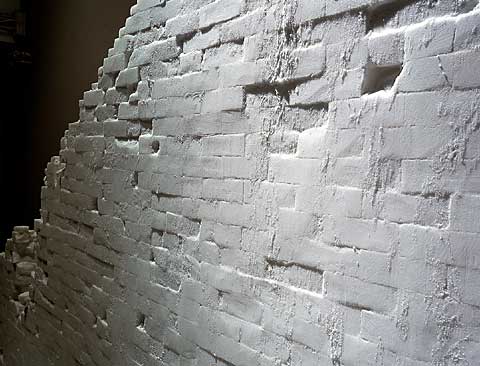