10 Must-Visit Art Festivals Around the World 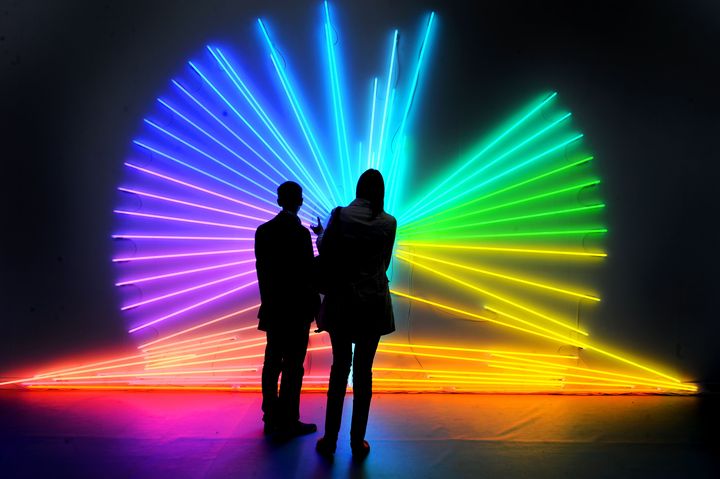 This post is sponsored by Bing. Only Bing brings the best search and the best people from your favorite social networks, like Facebook and Twitter, together to help you spend less time searching and more time doing. It's amazing what you can do when your friends are part of your search.

While the Internet has opened us up to enjoying artwork created all around the world, nothing will ever beat a real-life, first-hand experience. Seeing a painting or sculpture up close can elicit emotions that staring at a computer screen could never replicate. Overall, art has become more accessible, but interacting with paintings, installations or sculptures, or seeing them up close, often provides a deeper appreciation that could never be put into words.

Today, we take a look at ten must-visit art events taking place all over the world. These festivals, biennials and art shows, are where some of the most exciting artists of our time come to show off their work. These large scale exhibitions are also where different disciplines of art – like sculpture, painting, and photography – intersect. More than anything, it's where seasoned art collectors and passionate art enthusiasts come to appreciate cutting-edge works from today's top artists. 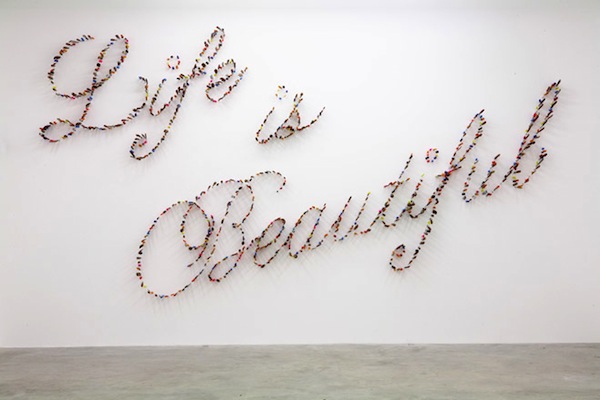 The Venice Biennial is one of the oldest, largest and most prestigious contemporary art exhibitions in the world. Established in 1895, the Biennial is held every two years, and today is attended by more than 300,000 visitors. Often called the “Olympics of the contemporary art world,” this event is where countries send their most promising artists. The last Biennial, or the 54th, took place from June to November in 2011. Some of the highlights from that year included Urs Fischer's candle wax recreation of Giovanni Bologna's iconic 1583 sculpture, “The Rape of the Sabine Women” and Iranian artist Farhad Moshiri's “Life is Beautiful” piece created with hundreds of knives stabbing a wall. The next Venice Biennial is scheduled for June through November, 2013. 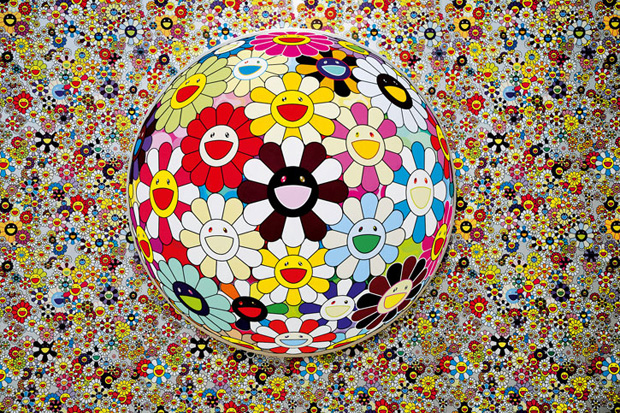 Though the original Art Basel started off in Switzerland in only 1970, it's quickly become one of the most important art events for high-powered art dealers, collectors, curators, and art lovers everywhere. Called the world's premiere international art show for modern and contemporary art, Basel spun off a sister event in Miami called Art Basel Miami in 2002 which has grown to become one of the most popular events in that city. Art Basel Switzerland runs this year from June 14 to June 17, and will display works by more than 2,500 artists represented by over 300 galleries from 36 countries. Expect to see artworks from the great masters of modern art sitting side by side next to ones by the latest generation of emerging artists. 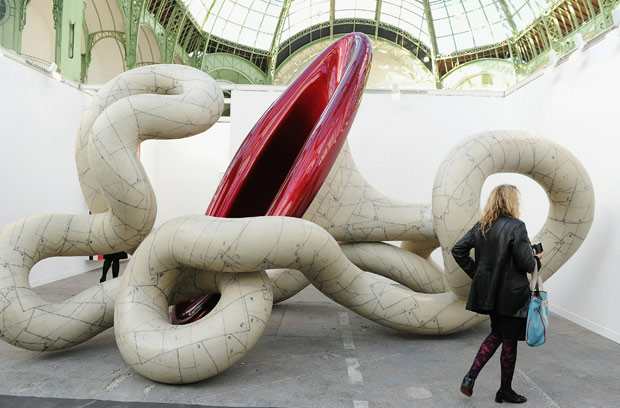 If you want to see art displayed in a monumental way, you'll want to visit Paris in October during FIAC, or the International Fair of Contemporary Art. The most important art fair in France, FIAC is also right up there with the most prestigious fairs in the world. Setting its stage in the Grand Palais starting in 2006 has helped rocket it to fame. The glass-domed exposition hall in the heart of the city is the perfect venue to host galleries specializing in modern and contemporary art. The 39th FIAC will take place from October 18 to October 21, 2012 and will include 178 galleries representing 24 countries. 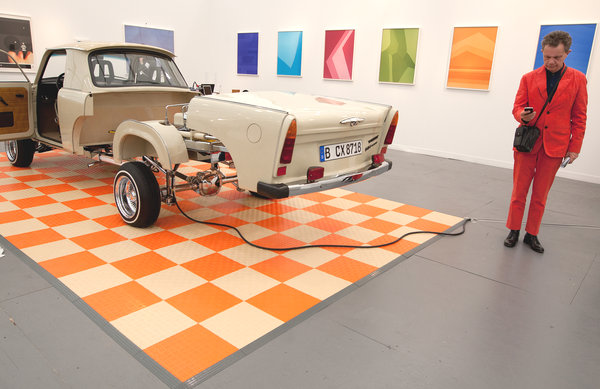 Frieze Art Fair takes place every October in Regent's Park, London. Featuring over 170 of the most exciting contemporary art galleries in the world, Frieze is considered the most important contemporary art fair in London. It's known to focus on living artists, so one can expect dynamic works that will attract both seasoned and new collectors. As Allistair Hicks, art adviser to Deutsche Bank says, “It's a wonderful, heady mixture of artists, collectors and clients – the art market in full swing.” Frieze New York, an offshoot of Frieze London, began just this year at Randall's Island. True to form, it brings an international focus to the New York contemporary art scene. 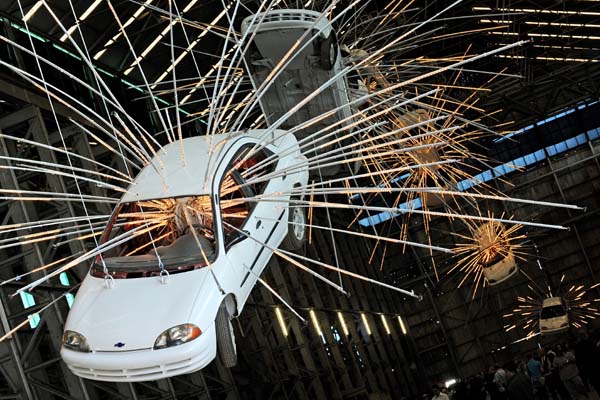 Australia's largest and most exciting contemporary visual arts event, the Biennale of Sydney pulls out all the stops. Though it's the fourth oldest biennale in the world, visitors can still expect to see some of the freshest and most provocative contemporary art from Australia and the world. With most events being free, the public comes out in droves, as they're encouraged to experience tours, international guest lectures, artist talks, film screenings and special events held all across the city. This year, the Biennale will take place from June 27 to September 16, 2012. Nearly half of the more than 100 confirmed artists will present works created specifically for this exhibition. 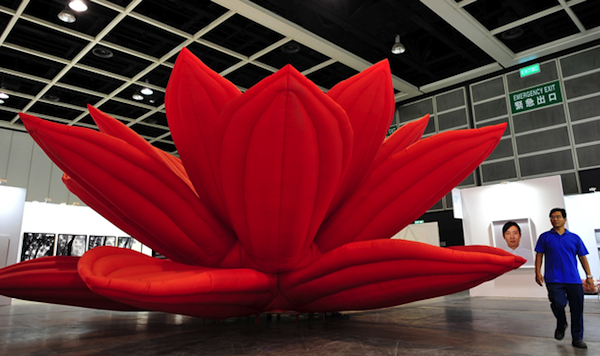 The largest event of its kind in Asia, the Hong Kong International Art Fair or ART HK has only been around since 2007 but has grown rapidly over the years. In 2012, the fair welcomed 266 galleries from 38 different countries and visitor attendance reached over 67,000. Known to showcase in equal amounts both Eastern and Western galleries, ART HK hopes to bring a balanced international flavor. The fair has been known for its high value works and, just recently, for also incorporating impressive, large-scale installations. 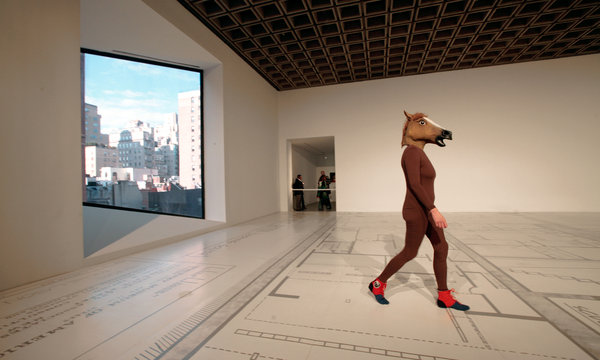 If you're looking to find what the current state of contemporary art looks like in America, make sure to attend the Whitney Biennial. This must-visit event focuses on younger, lesser known artists, but ones that set standards or lead trends in contemporary art. The Biennial includes not only painting, sculpture, photography and installations, but also music, dance, theater, and film which fill the galleries at the Whitney Museum of American Art. The last Biennial took place from this past March through May so the next one is scheduled for 2014. 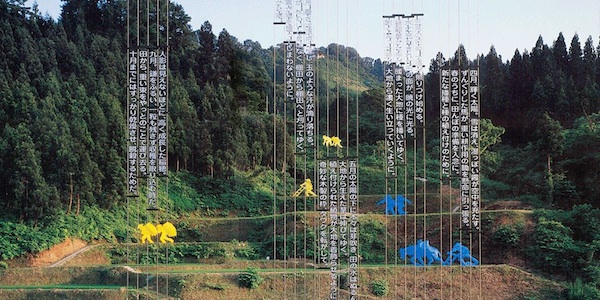 Visit Japan at the right time and you'll get to experience an outdoor exhibit like no other. Echigo-Tsumari Art Triennial is the world's largest outdoor art festival and it's held every three years in the rural Echigo-Tsumari region of Niigata Prefecture. It brings together more than 300 international artists in a natural setting and in year's past has included pieces by Britain's Antony Gormley and American James Turrell. Interestingly, artworks can be found scattered across rice fields, empty houses and closed schools. The next art festival will be held from July 29 to September 17, 2012. 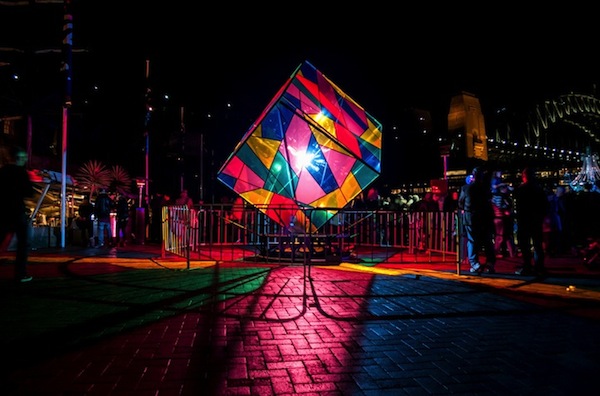 If you're looking for an art event that comes alive at night, go to Vivid Sydney. It's the largest celebration of light, music and ideas in the Southern Hemisphere. This year, visitors got to witness over 60 light installations that included a stunning projection on the Sydney Opera House and a ghostly mapped water projection on water. In 2011, this festival attracted over 400,000 attendees. Ranked in the Top 10 global ideas festivals by the influential Guardian newspaper in the UK, Vivid Sydney stands out for its magnificent displays of light. 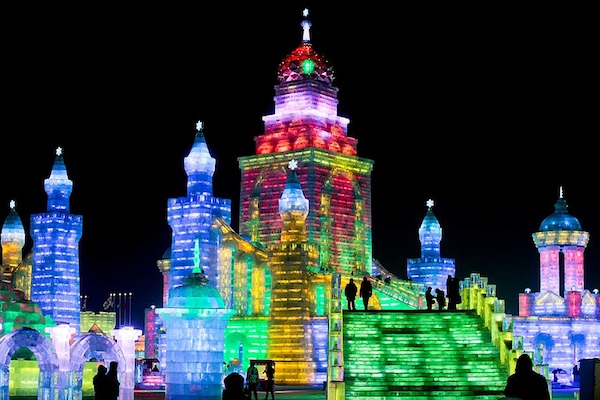 Located in Northeast China, just below Siberia sits Harbin, a city that hosts one of the most unique festivals in the world. Scheduled every year in the month of January, Harbin International Ice and Snow Sculpture Festival will blow you away with its stunning displays. As one of the world's four largest ice and snow festivals, Harbin features some of the most spectacular ice sculptures you'll ever see often illuminated from within with colored lights. Expect to see amazing architecture as well as world-record sized sculptures all carved from some of the best ice sculptors in the world.

Which of these art events would you love to attend?