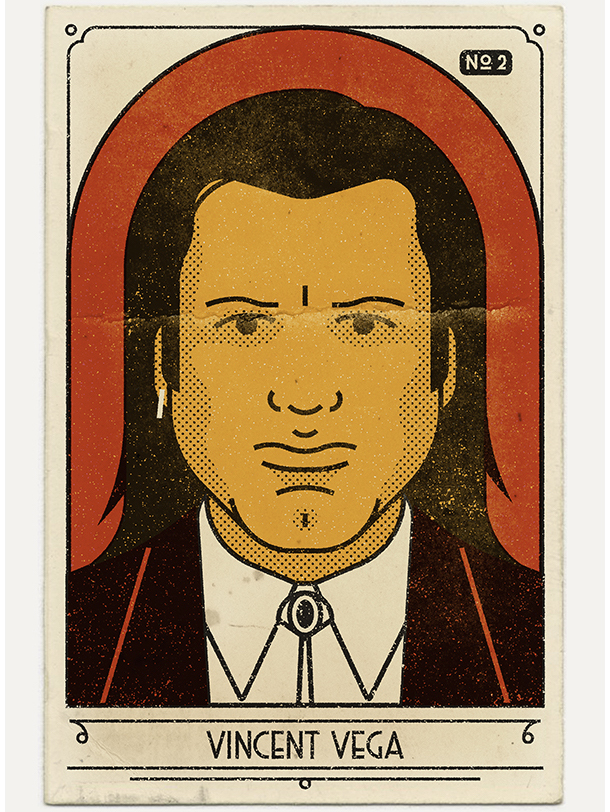 Among the many things that happened in 2014, Quentin Tarantino's film Pulp Fiction marked its 20th anniversary. The movie, starring the likes of Bruce Willis, Uma Thurman, and John Travolta, is a contemporary cult classic. A Cape Town-based creative studio named MUTI pays homage by illustrating two sets of posters as well as a series of character portraits.

Vintage cigarette collector cards inspired MUTI's handiwork, and this aesthetic permeates their illustrations. There's an aged feel to every portrait, and they created it by using a distressed-looking texture. It's as if you handled something too much and some of the ink wore off. This complements the mood and even some of the locations in the film. Pulp Fiction has a retro vibe, including an infamous scene between Travolta and Thurman that takes place at a 1950's-themed restaurant called Jackrabbit Slim's. MUTI's grittiness, coupled with modern design, is a fun spin on Tarantino's equally gritty throwback to film noir. 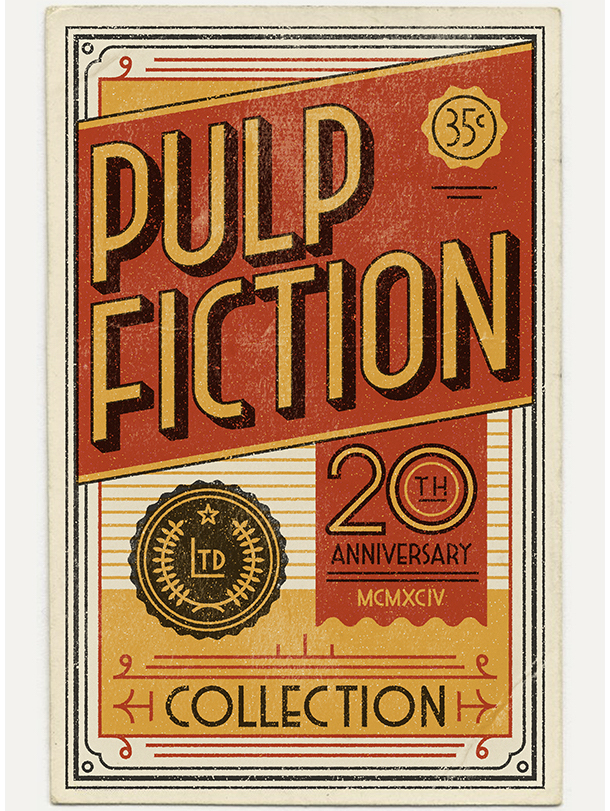 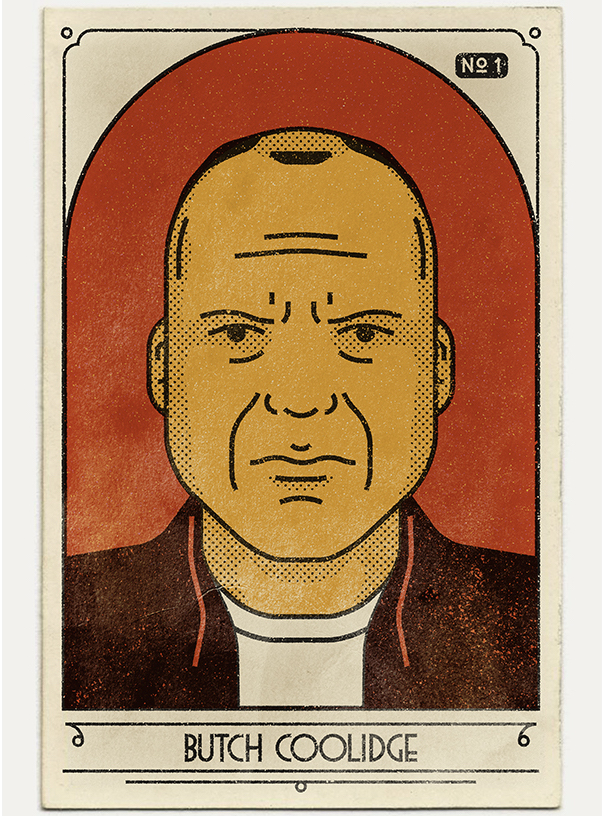 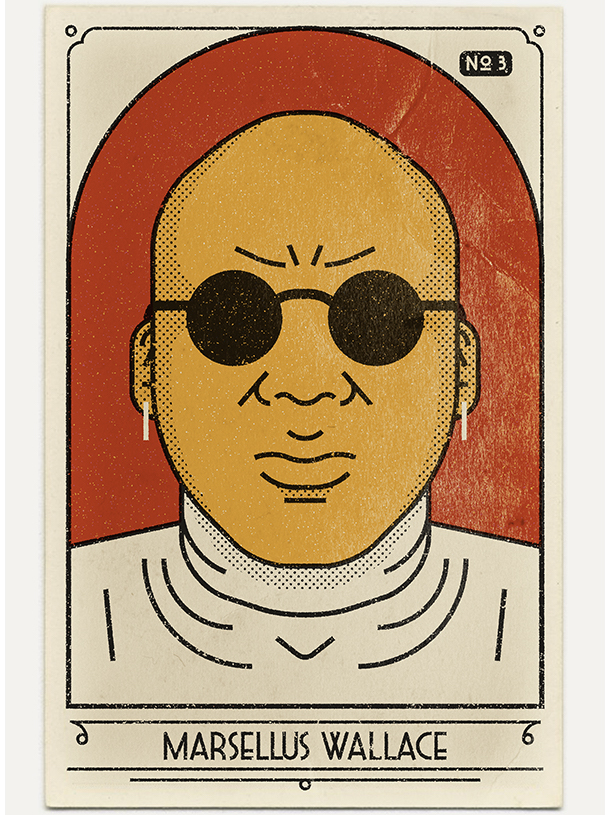 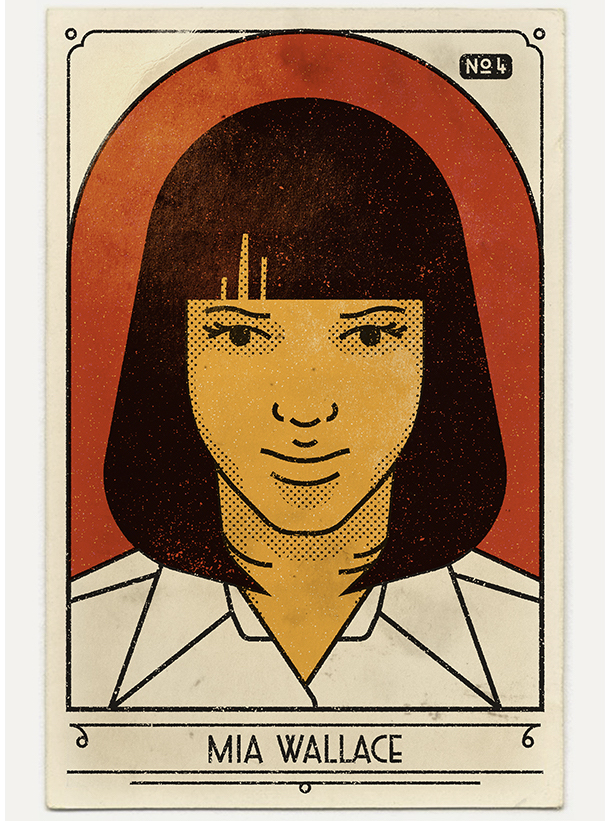 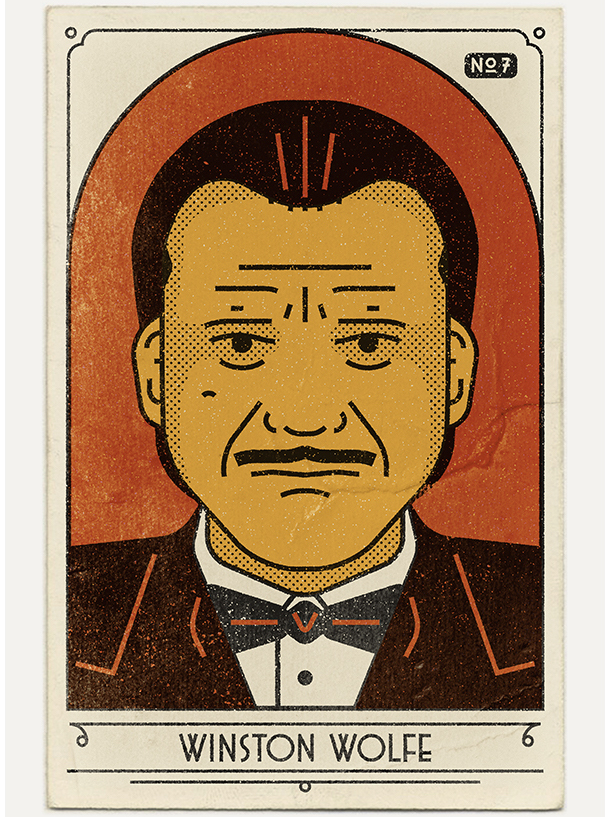 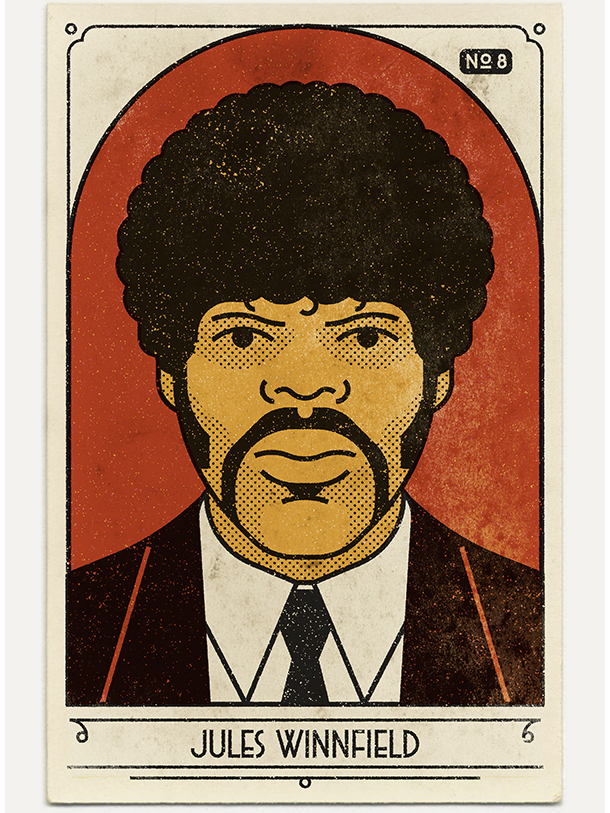 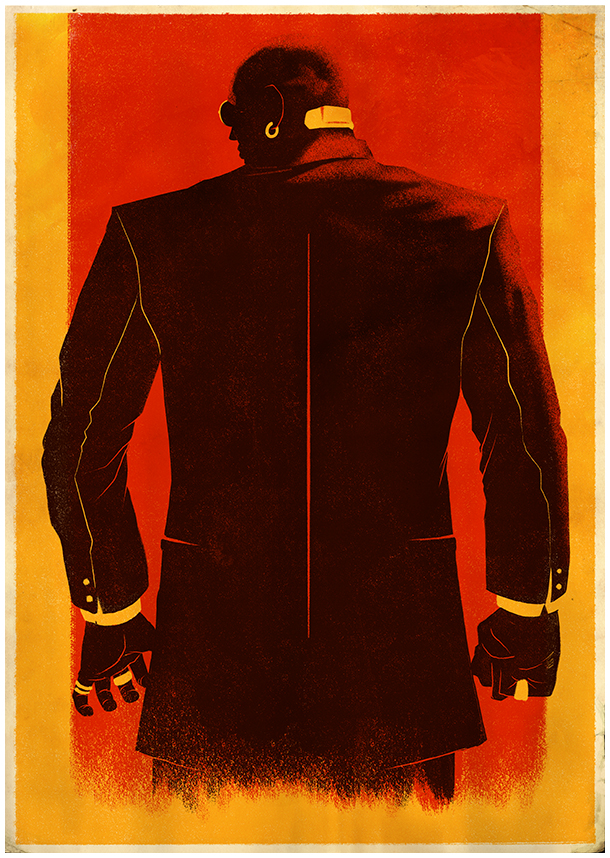 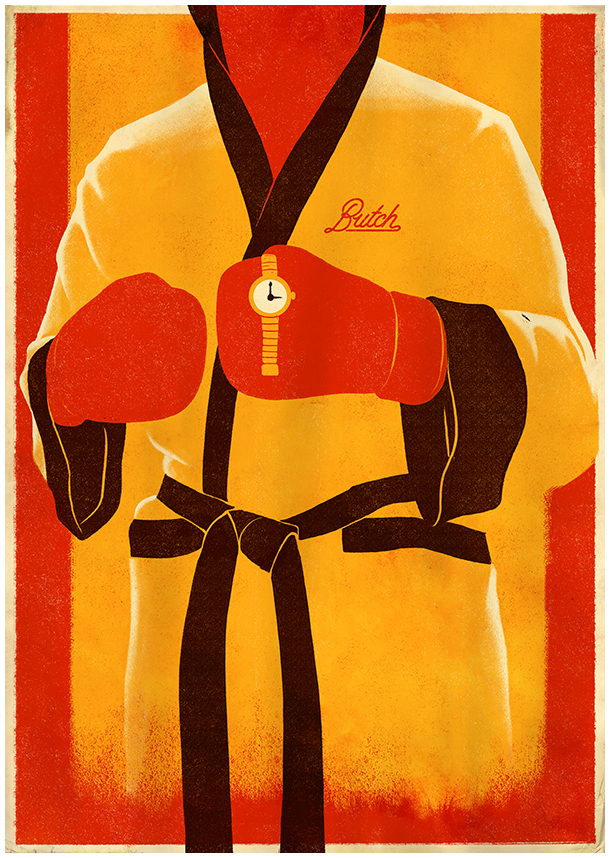 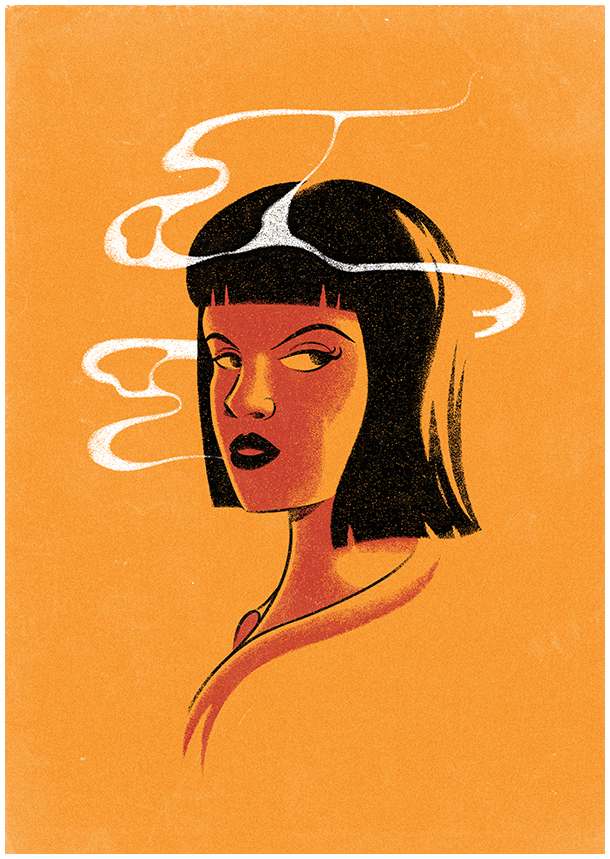 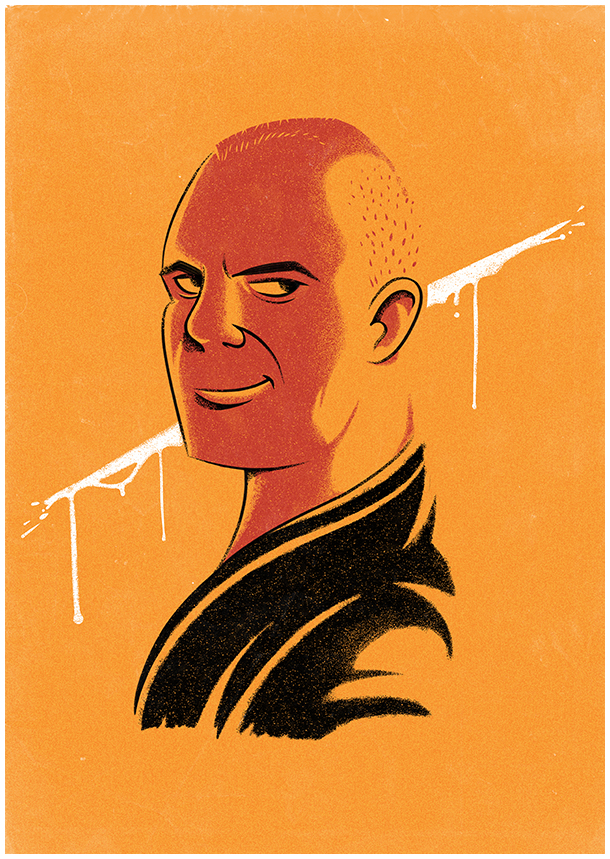