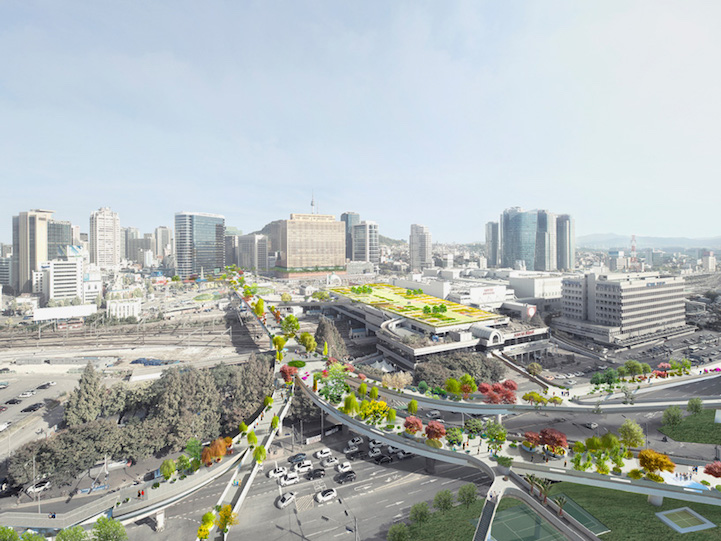 The innovative Dutch studio MVRDV is planning on transforming an abandoned section of highway in Korea. But instead of destroying it and building something new, the architects will repurpose the unused infrastructure into a 55-foot-high elevated park. It's called the Seoul Skygarden, and it'll include 254 species of trees, shrubs, and flowers, creating an ever-evolving urban arboretum for city dwellers.

The greenery will be organized according to the Korean alphabet and will allow people to interact with and discover new types of plants. In addition, places like tea cafes, flower shops, street markets, libraries, and greenhouses will also enliven the skygarden and provide new opportunities for commerce.

The existing highway was built in the 1970s but was deemed unsafe following intensive safety inspections in 2006. Originally, the city intended to demolish it, but after consulting with experts and residents, decided to reuse it for public space. They then launched a design competition for possible uses, which is how MVRDV landed the project.

“The Seoul Skywalk will change the daily lives of many people in Seoul for the better,” states Winy Maas, principal architect and co-founder of MVRDV. “They will have a pleasant shortcut through a green oasis in the midst of all the traffic and concrete. it is a walk through a park, a living dictionary of the natural heritage of korea, connecting the city dwellers with nature.” 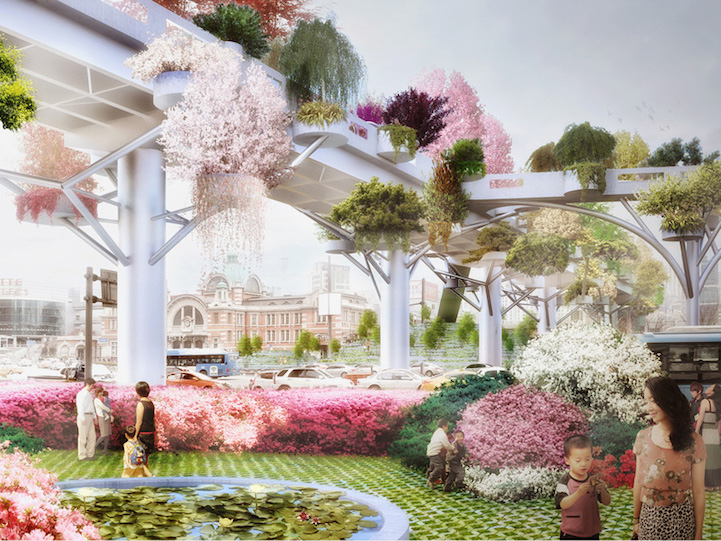 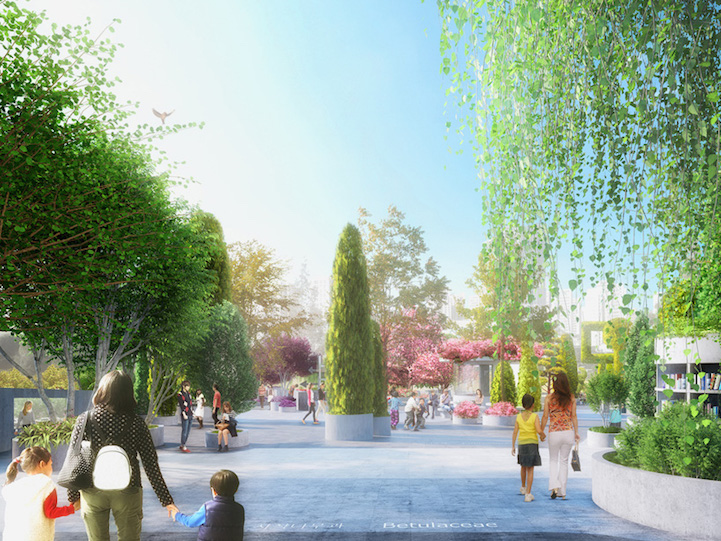 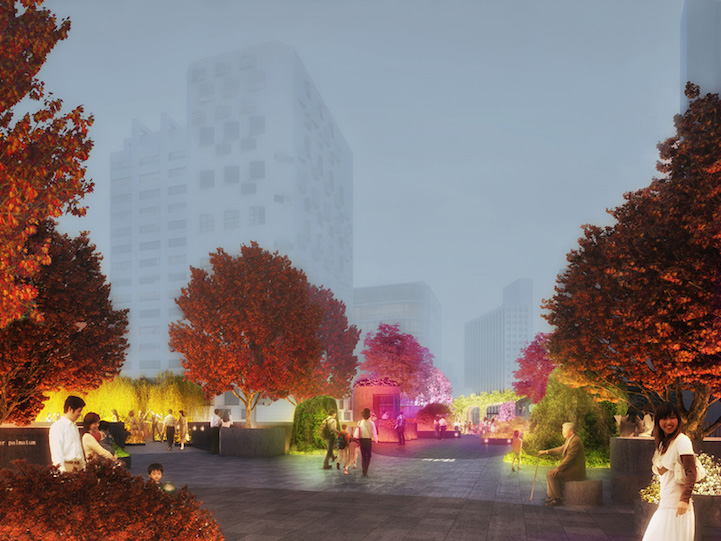 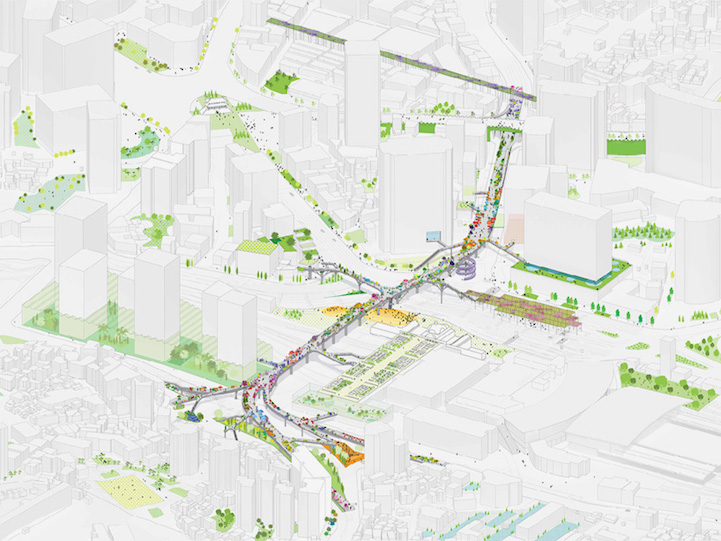