Man Invites People to Sharpie His Van, Turns into Art 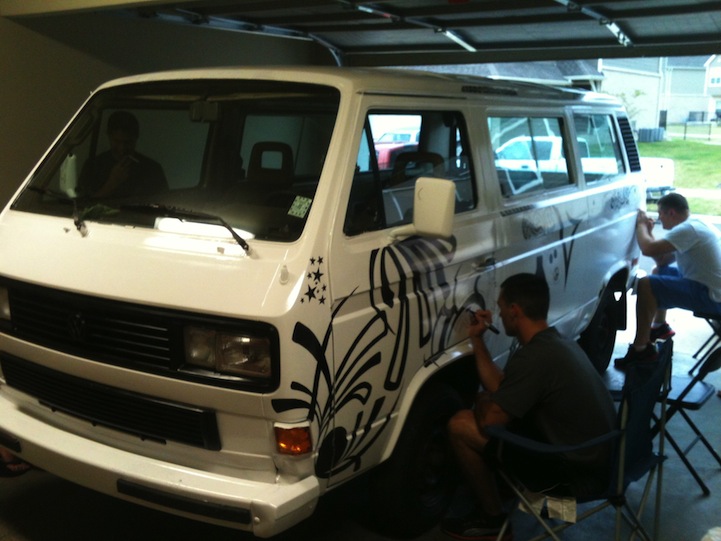 Normally, you wouldn't want anyone vandalizing your car with graffiti, but one man invited people (via a cardboard sign outside a garage) to pop in and cover his '86 Volkswagen with Sharpie markings. In an album aptly titled My Sharpied Van, Imgur user Nabo shares the evolution of his old van into a work of art.

It's unclear what sparked this personal project but what resulted is astonishing. First, the whole thing was painted in white to serve as a truly blank canvas. Then, with eight cases of creativity boosting liquid (beer) on hand and a whole bunch of Sharpie markers, the adventurous car owner was ready to call on a few old and new friends to transform the boxy car.

Through the captions for his images, Nabo insists that none of the people involved are artists. After browsing through the photos, many people were unconvinced (a compliment in its own right), so Nabo addressed this issue one final time by saying, “I just meant we aren't professionals! We're all AF controllers, which explains the IA/MS. And one lady that stopped to help turned out to be a professor of art at the local college! Also, most of the work was just done by friends.” Whether they were artists before this project is still debated but their artistic skills are undeniable.

Imgurian Nabo turned his '86 Volkswagen van into incredible sharpie art by inviting the neighborhood to draw on it! 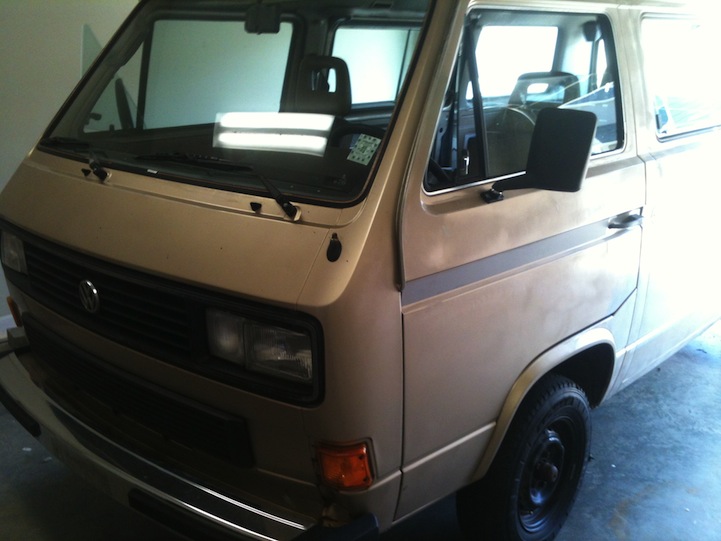 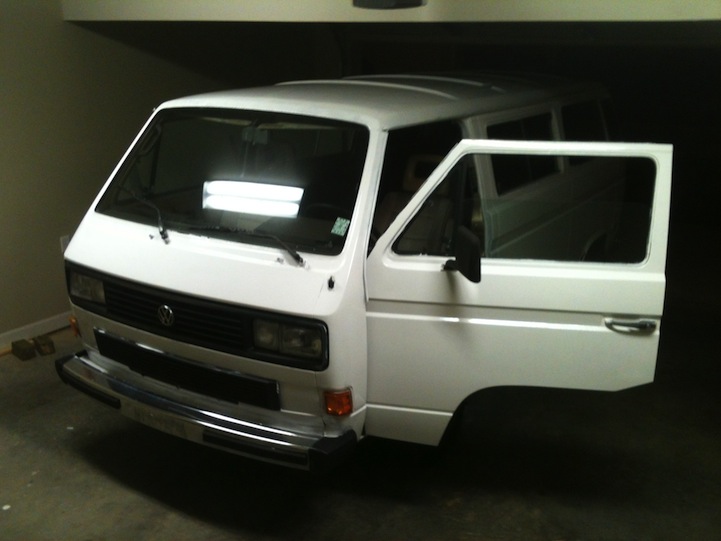 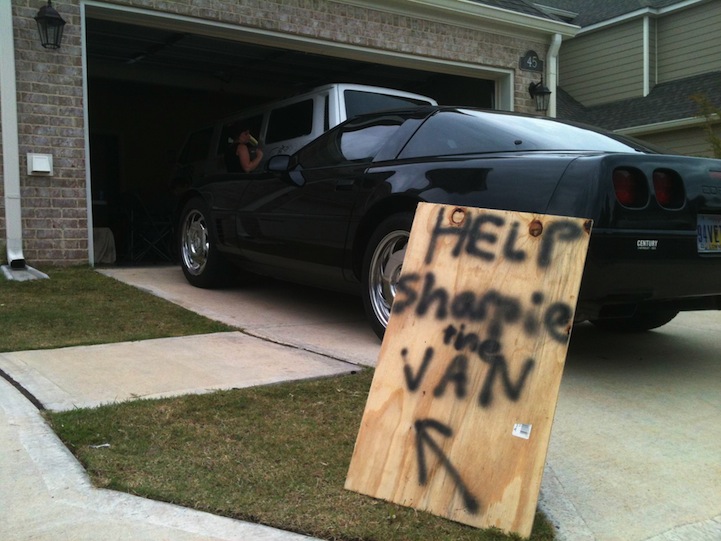 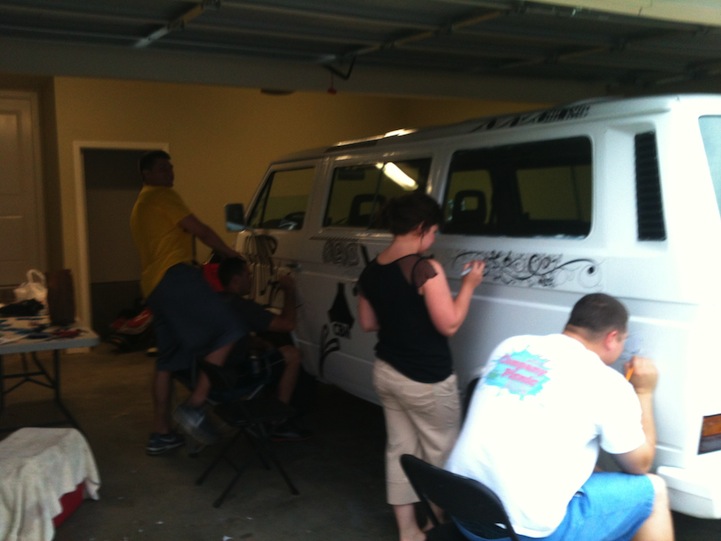 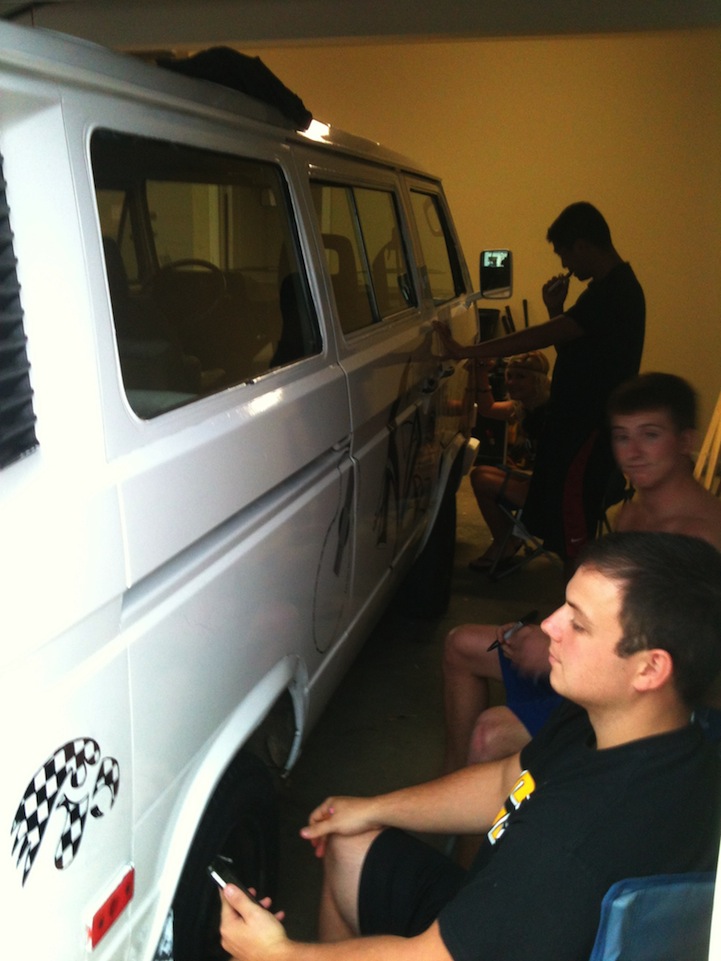 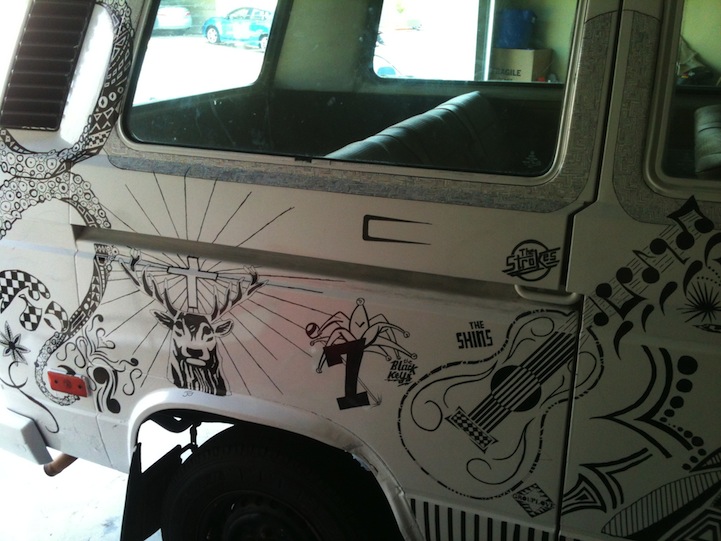 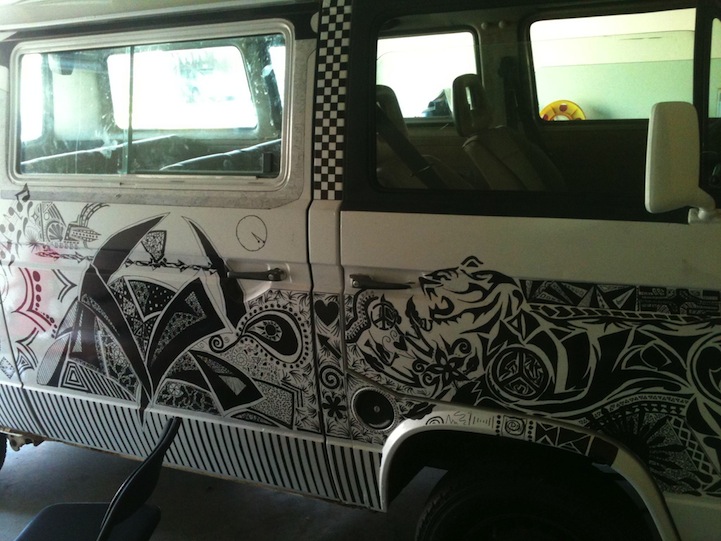 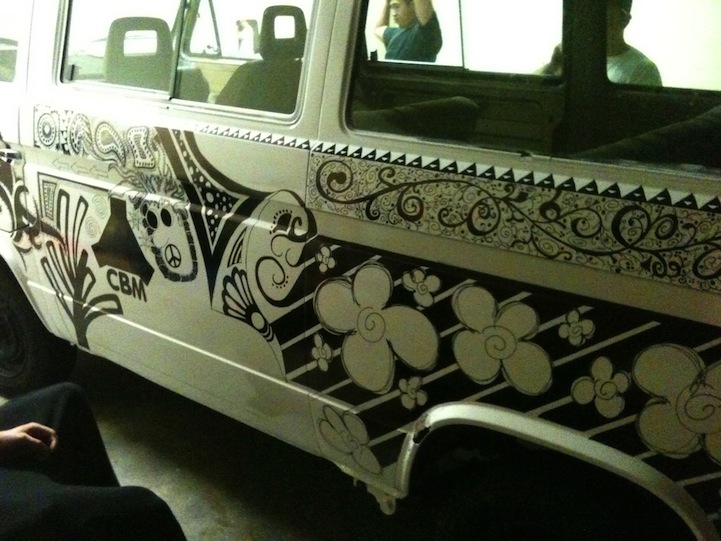 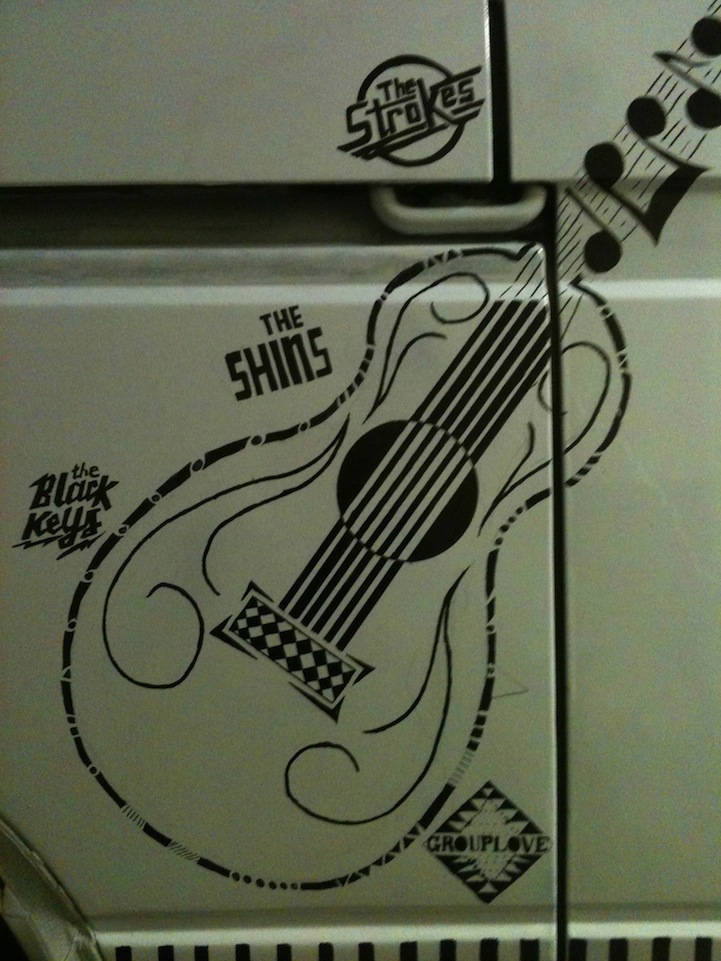 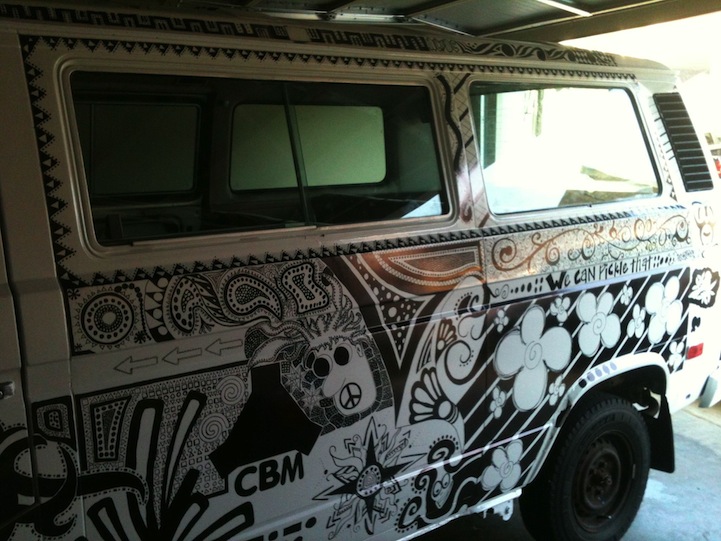 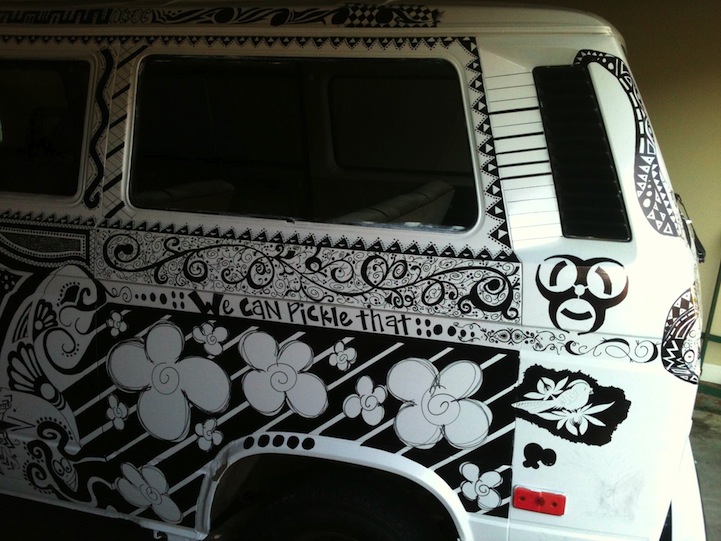 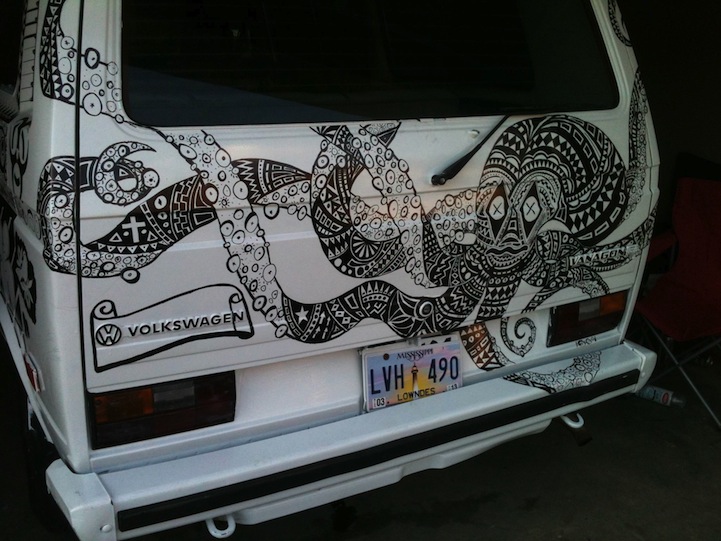