The Wind Portal: Walk-Through Gate Made of 5,000 Paper Windmills 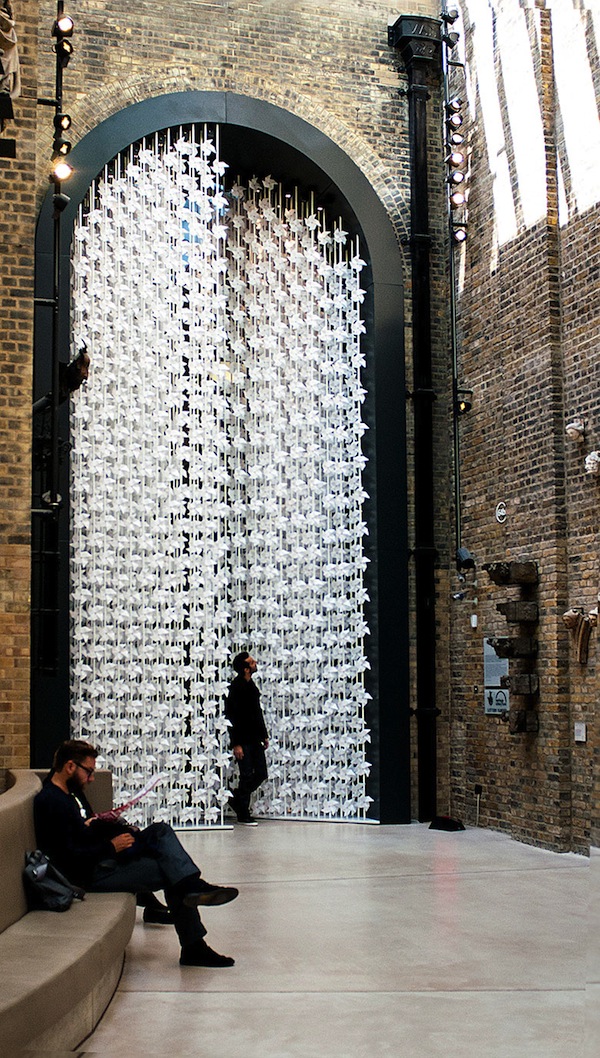 Like that massive Bocci chandelier, The Wind Portal is one of those can't miss art installations showing from now till September 22 at the London Design Festival. Designer Najla El Zein has created a huge 8-meter high gate made up of 5,000 paper windmills. The interactive wind installation is being showcased at the same place as the Bocci chandelier, the Victoria and Albert Museum.

As the designer states, “The Wind Portal is situated at the boundaries of the old and new extension of the V&A – the Day-lit Gallery – which showcases fragments of the city during Medieval Renaissance.

“Our intervention focuses on the transition between two spaces, an inside and outside space, and acts as a walk-in installation where the proximity between the installation and the visitor creates a direct interaction.

“The sensory passage is enhanced with an integrated wind system, a play between sound, light, shade and the windmills blowing through.”

Design Week has shot two images of the installation, below, and writes, “They almost sound like running water – an unintended side effect perhaps, and they are at once beautifully playful and natural.” 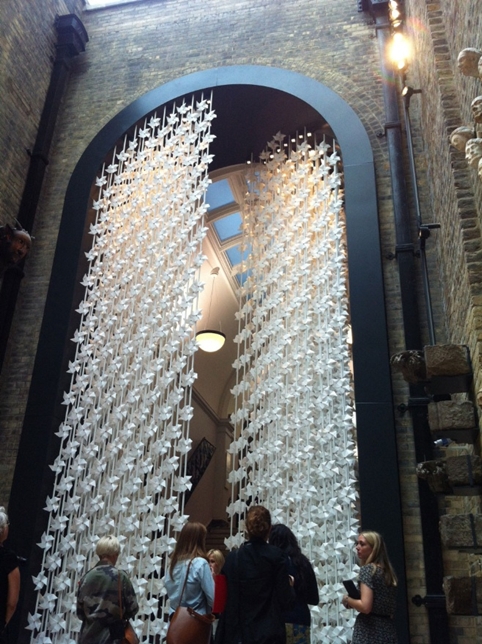 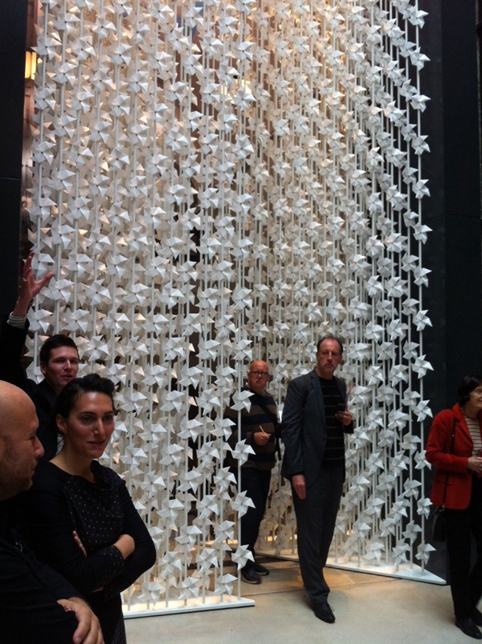