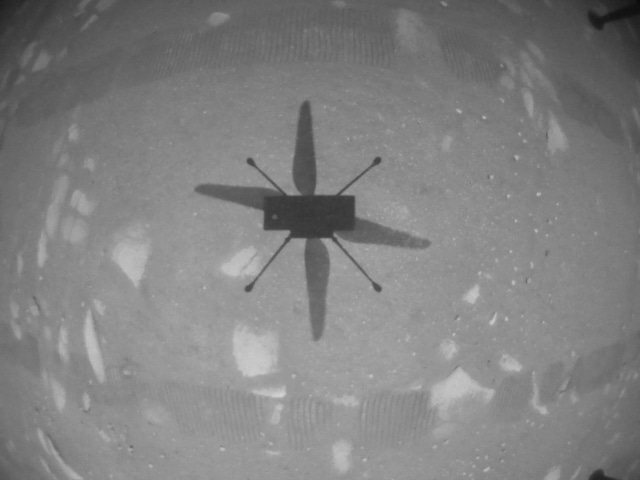 NASA’s Ingenuity Mars Helicopter captured this shot as it hovered over the Martian surface on April 19, 2021, during the first instance of powered, controlled flight on another planet. It used its navigation camera, which autonomously tracks the ground during flight. (Photo: NASA/JPL-Caltech)

NASA has achieved another first thanks to the Ingenuity Mars Helicopter. On April 19, it became the first aircraft in history to make a controlled flight on another planet after a nearly 40-second trip above Mars' surface. The helicopter, which is solar-powered, achieved what was once thought impossible and had its own Wright brothers moment.

In fact, NASA has even named the Martian airfield where the flight took place after these icons of aviation. “Now, 117 years after the Wright brothers succeeded in making the first flight on our planet, NASA’s Ingenuity helicopter has succeeded in performing this amazing feat on another world,” said NASA Associate Administrator for Science Thomas Zurbuchen. “While these two iconic moments in aviation history may be separated by time and 173 million miles of space, they now will forever be linked. As an homage to the two innovative bicycle makers from Dayton, this first of many airfields on other worlds will now be known as Wright Brothers Field, in recognition of the ingenuity and innovation that continue to propel exploration.”

Unlike the 1903 Wright brother's flight, Ingenuity didn't have a pilot aboard. The demonstration flight was done autonomously using algorithms developed at NASA. The flight wasn't even observable from Earth in real-time because the data needs to move hundreds of millions of miles across satellites. This is the same reason Ingenuity can't be controlled by a simple joystick. These hurdles make the mission all the more impressive, as the team at NASA's Jet Propulsion Laboratory wasn't sure that it would be a success. 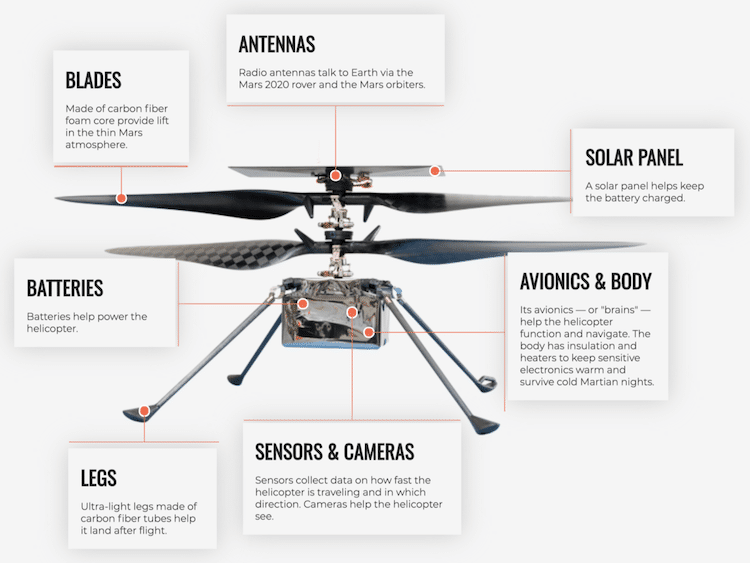 The lightweight helicopter, which weighs less than four pounds, faced a lot of unknowns going into the flight. Mars has one-third the gravity of Earth, which means that there are far fewer air molecules for the helicopter blades to interact with in order to achieve flight. Many of Ingenuity's parts, which include several from the smartphone industry, had never been used previously in deep space, so there were questions about how they would perform. Given these hurdles, Ingenuity's success is all the more thrilling.

While the helicopter can fly for up to 90 seconds at about 10 to 15 feet above the ground, this first attempt lasted just a third of the time. Ingenuity took off and hovered for about 30 seconds at 10 feet before descending to the ground, bringing the total flight time to 39.1 seconds.

The exciting breakthrough means that it could be possible to survey the Red Planet from an aerial perspective, which opens up huge possibilities.

If you are wondering how photos and video footage of the flight were captured, that was thanks to the Perseverance rover. The rover, which landed on Mars in February 2021, was parked a short distance away. Not only did it document the flight, but it also acted as a communications relay between Ingenuity and Earth. 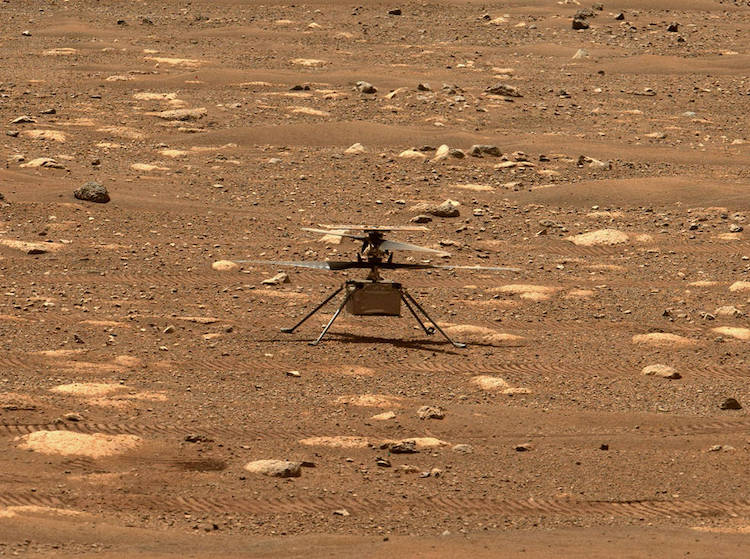 NASA’s Ingenuity helicopter unlocked its blades, allowing them to spin freely, on April 7, 2021, the 47th Martian day, or sol, of the mission. This image was captured by the Mastcam-Z imager aboard NASA’s Perseverance Mars rover on the following sol, April 8, 2021. (Photo: NASA/JPL-Caltech)

For the entire NASA team, Ingenuity's inaugural flight was a moment of triumph. “We have been thinking for so long about having our Wright brothers moment on Mars, and here it is,” said MiMi Aung, project manager of the Ingenuity Mars Helicopter at JPL. “We will take a moment to celebrate our success and then take a cue from Orville and Wilbur regarding what to do next. History shows they got back to work—to learn as much as they could about their new aircraft—and so will we.”

What's next? The team is pouring over the data from the initial test and will begin planning for a second test flight. If that goes well, they'll start expanding Ingenuity's flight profile. 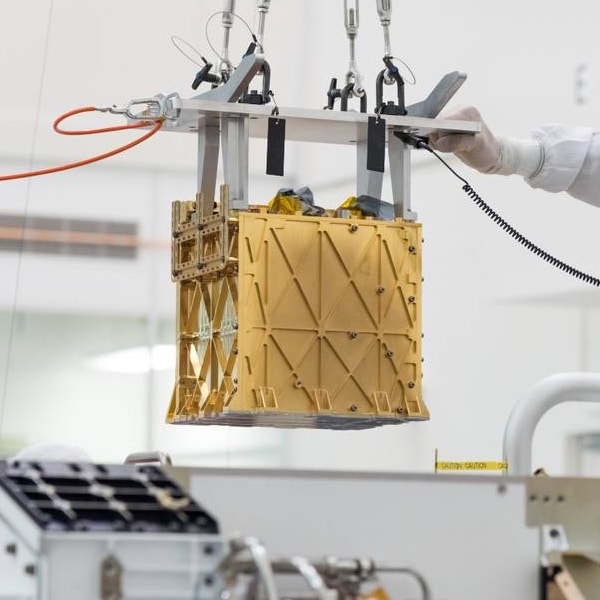